She might be popularly known as the sister of stand-up comedian, Vir Das, but Trisha Das has been eking out a name for herself as an author, and also as a documentary filmmaker, with over 40 films to her name.

In her books, from conceiving Draupadi in a modern context in her last release, Ms Draupadi Kuru: After the Pandavas, to a time-travelling female protagonist in her latest, Trisha’s quirky and engrossing narratives aim to provide alternative interpretations of history and myth with a side of romance.

For Das, historical romances “combine history with action, adventure and fantasy, but they are, at heart, the same swoon-worthy romances we all know and love — with sassy heroines, swashbuckling heroes and plenty of steamy stuff.” Excerpts from an interview:

Your stories have strong female historical figures who are reconstructed as almost feminist icons. Is this a deliberate effort to open up conversations around the politics of interpretation when it comes to history?
I’m not trying to reconstruct women to make a political or feminist statement – I choose strong women with feminist attributes from history and mythology to write about because I’m attracted to their stories and relate to them as a feminist myself. Historical records themselves are interpretations. There are no unbiased, non-political interpretations of history.

They don’t exist. So, I’m not trying to argue which one is more accurate, I’m merely adding mine to the mix. An alternative point of view that is more relevant to the times we live in, by a demographic that has been largely ignored in the recording of history. That sounds political, doesn’t it? Hmmm…

Your novel deals with sexuality in a very open and honest fashion with Tara becoming an extremely relatable figure from the very start. What are your thoughts on the change in representation of Indian women in the country's literary landscape with female authors particularly pushing the envelope?
I love that Indian women are talking about sex these days. I love that they’re writing characters who grapple with bad sex and characters who own their bodies. I love that we’re demystifying female orgasms and masturbation and trashing the old hymen shackle. Too many women are held back by shame, something that’s been drilled into them since the first time their parents saw them touching themselves as a toddler.

So, I'm glad we're trying to be shamefree. Because patriarchy works by controlling a woman’s sexuality through shame. By controlling our own sexual dialogue, Indian women can take baby steps towards controlling our own sexuality and dealing with a host of related issues – right from consent and pleasure to hygiene and reproductive rights. A little thing like ‘talking about it’ goes a long way to creating a gender-equal society. 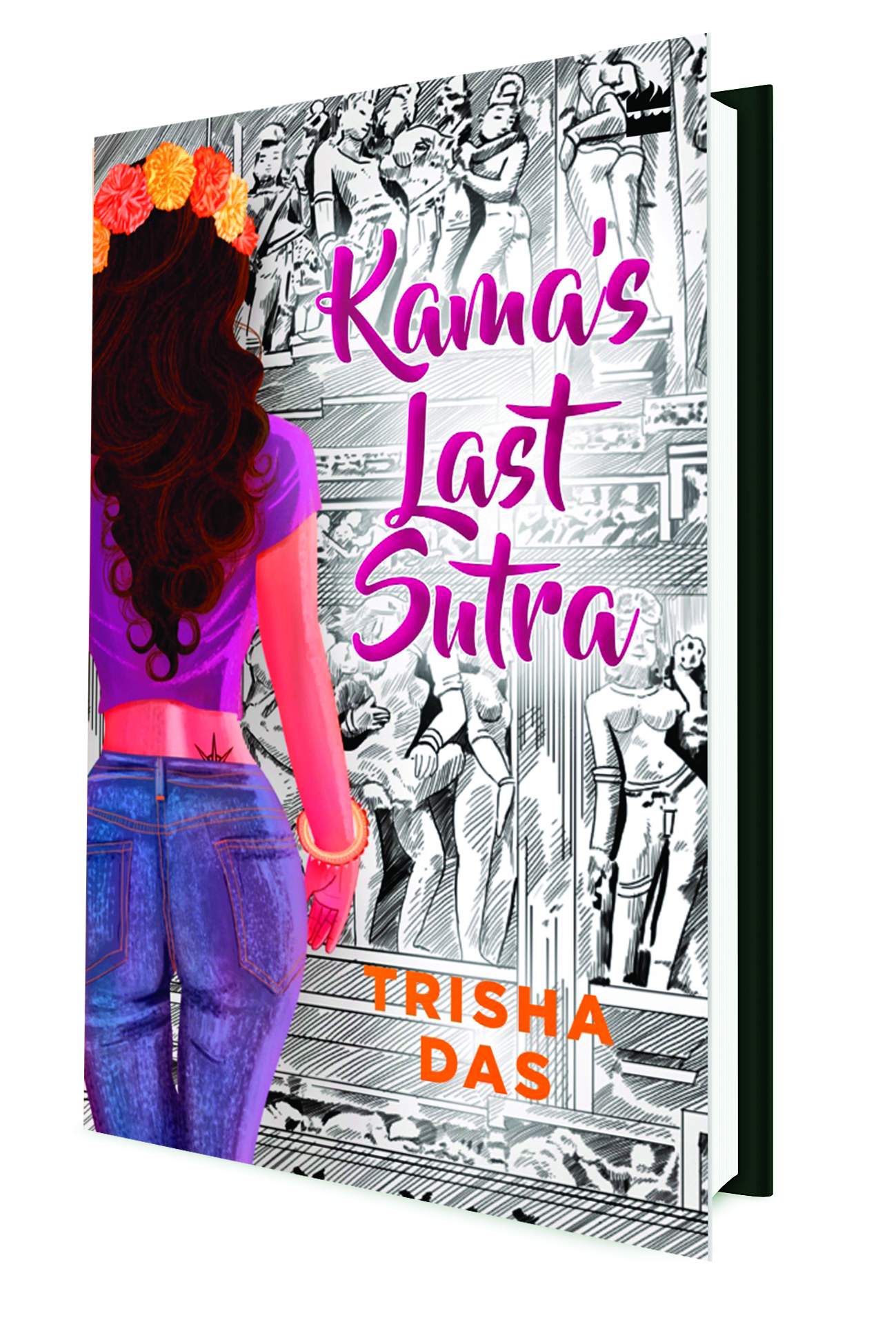 Tell us the story behind the title.
Kama’s Last Sutra. Love’s last story. It refers to the walls of the temples at Khajuraho. Walls that tell the story of a time when love and sex weren’t shamefully hidden behind closed doors, but celebrated openly in the most sacred of places. And yet, the people that made those walls, were as imperfect as the story itself.

How did you maintain the balance between historical facts and imaginative fiction?
Fiction fills the gaps between the facts. Unfortunately, they call early medieval India the ‘dark period’ for good reason. We’re completely in the dark about it. These people sculpted their stories on the sides of their buildings and most of their buildings were either destroyed during invasions or fell into disrepair. Their history has mostly been kept alive through folklore, but that is an extremely unreliable source of information for obvious reasons.

So, I did a ton of research and made educated guesses about things that historical records, books and archaeological findings didn’t shed any light on. I’ve tried to keep it as authentic as possible – outside of the time-traveling part, of course.

You have also made documentaries and worked on scripts for the same. How different according to you are the processes of writing prose fiction and script writing?
Very similar in terms of technique, at least for me. My filmmaking and scriptwriting background has helped tremendously in giving me tools to organise and structure my work as well as make plots tighter and more action-oriented. Before I begin writing a book, I usually write a skeleton that looks a lot like a script.

You have stated that Diana Gabaldon's Outlander inspired you to write this book. Are there any other authors who you admire or who have helped to shape your own writing style as a novelist?
Where do I start… from Austen, Bronte, Hemingway, Dickens and Wilde to JRR Tolkien, Margaret Atwood, JK Rowling to Chimamanda Adhichie, Hillary Mantel, Phillippa Gregory, Margaret Mitchell to Helen Fielding, Sophie Kinsella and Georgette Heyer to so many Indian authors – Pratibha Ray, Jhumpa Lahiri, Amitav Ghosh, Chitra Devakaruni, Kiran Nagarkar, Arvind Adiga, Indu Sundaresan, Anuja Chauhan.

I thoroughly enjoy Twinkle Khanna’s writing and loved reading Sapiens and Homo Deus by Yuval Noah Harari. My friend Krishna Udayshankar has written some great books. I could keep going on and on. I like writing that is unpretentious and entertaining. I dislike condescending writing.

What is on your reading wishlist?
There’s a new biography of Aurangzeb by Audrey Truschke I want to get my hands on.

What are you working on next? After historical romance, is there any other genre you would like to experiment with next?
I’m currently writing a novel called The Misters Kuru: Return to Mahabharata, which is the sequel to my novel Ms Draupadi Kuru: After the Pandavas. It features Draupadi’s five husbands, the Pandavas, joining her in New Delhi. I’m having loads of fun with it and it should be released end of 2019. After that, I’m going to begin research for another historical novel I’m planning. Only this one has a rather big twist. I like twists – it’s my thing and you can expect it in my forthcoming work.