Ayesha At Last's Muslim characters are a far cry from the stereotypes we often come across. There are no gun-wielding terrorists in this debut novel by Uzma Jallaluddin. Instead the author's characters are real, believable people. The protagonist Ayesha and her family are immigrants in Canada who are living regular lives dealing with their own tiny battles, and there's Khalid, Ayesha's love interest who is putting up with his bigot boss, even as he lives up to the demands by his unreasonable mother.

There's a lot of drama happening in this narrative that's inspired from the classic Pride and Prejudice. Uzma without trivializing anyone's ethnicity throws light on the idiosyncrasies of people from different nations. Although this book can be classified into the chick lit genre, it brings to fore some critical questions about the changing dynamics of the contemporary world. Yet, the easy and effortless writing makes it a fun and light read.

In an email interview, Uzma answers questions about what made her write this story, her approach to prejudices and way forward for Ayesha At Last. 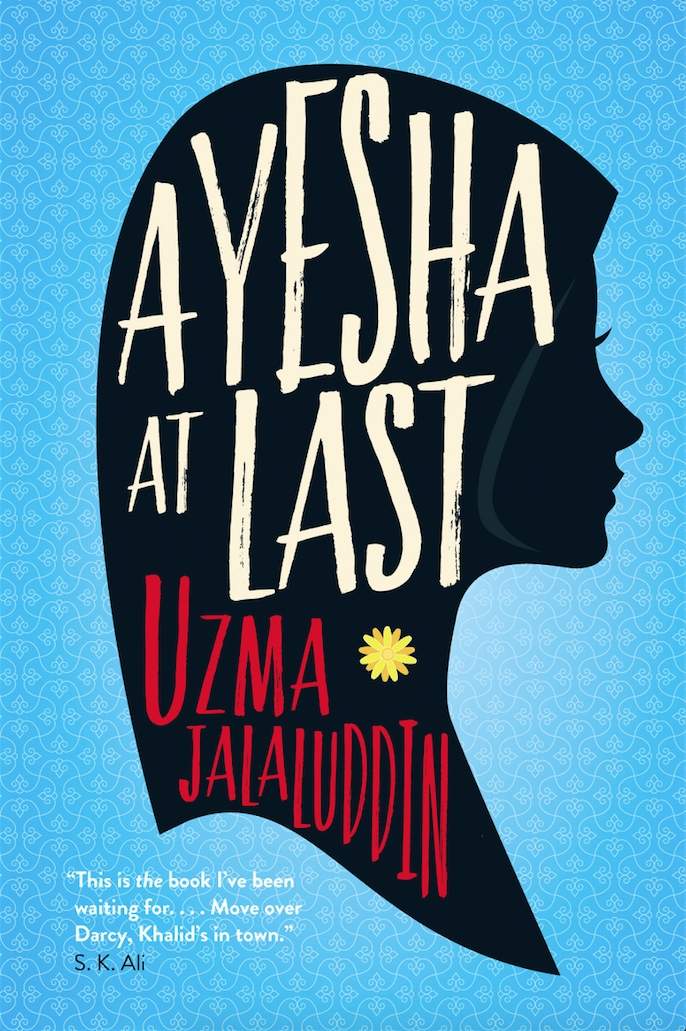 Is this to a certain extent an autobiographical account?
I am asked this question all the time, and I can say that this book is definitely not autobiographical! However the themes within are mined from my own life. Like Khalid, I am a second generation Indian Muslim Canadian. Like Ayesha, I have lived in an extended family, with grandparents and aunts and uncles. Like many of the characters, I have tried to reconcile my identity as an Indian, as a Muslim, as a Canadian. And of course, I had my share of rishtas when I was younger!

Most of the women in your story - Ayesha, Farzana, Zareena (and I guess even Ayesha's mum and Hafsa too) are terrible cooks - why did you want your characters to be like this? Was it just on a lighter note or did you want to highlight Khalid's cooking talent?
Only Ayesha, Zareena and Farzana were bad cooks. I assume the rest of the women characters were decent at meals. Growing up, my mother never really emphasized that I should learn to cook. It wasn’t until I was married and had children of my own that I tried to learn, from her and my mother-in-law, both of whom are excellent home cooks. However, AYESHA AT LAST has one excellent female home cook - Nani, Ayesha’s grandmother. In fact, Nani teaches Ayesha and Khalid an important life lesson, while also teaching them how to make delicious parathas. I wanted to make Khalid an excellent cook to dismantle stereotypes. There is something so loving and nurturing about the act of cooking, and I wanted my male lead character to have that quality.

However, all your women characters are quite strong-willed and forthcoming, a few are breaking stereotypes, while others are reinforcing those stereotypes - Ayesha and her family versus Khalid's mum - could you explain why you wanted to bring out this contrast?
As a writer, my primary responsibility to readers is to write a story that is entertaining, and authentic. I wanted to write about characters who felt true to life, while also providing a way for readers to laugh at the foibles of others. Some of my characters are foolish, some are wise and kind, others are shallow and misguided. That’s how regular people behave too, and in fact we all cycle between many different ways of being. My book is set in Canada, and it was also important to me that I showcase how much diversity there is within diverse communities. Sometimes books set in the West only have few characters who are not White, and those characters are limited in their presentation. My book is mostly populated by characters whose families hail from India, the Middle East, Afghanistan, etc., and I took this opportunity to play around with character types, to emphasize how no matter where you are from or where your family is from, people come in all different flavours.

Why is it that all the characters who have roots in the Asian subcontinent have run away from some kind of a disturbance - be it the Babri Masjid issue or the bombing in Afghanistan - this seems like a typecasting Indians, Afghanis etc? Was it because your readership in Canada isn't aware of how the countries are now?
I disagree with this assessment. Sulaiman Mamu, Ayesha uncle, and his family immigrated to Canada without any dramatic events precipitating this move, same with Khalid’s family, and Tarek’s family, the Imam, etc. I think it is fair to say that readership in Canada has a somewhat limited understanding of the way that regular life in India, or Afghanistan is today. At the same time, Canada, and Toronto in particular, has a very diverse immigrant population that maintains close ties with their roots. In Scarborough, the suburb where Ayesha At Last is set, 85-90% of the population is first or second generation; they or their parents were born outside of Canada, mostly from Asia in fact. Though Ayesha’s immediate family and one other character were running from something, I wanted to highlight that many others move to a country like Canada for a variety of reasons, and must figure out how to all get along and live in their new environment. The focus of the book is not on immigration, or refugee status, however – it is about what life is like for the children of immigrants/refugees in this new place, how to navigate between two worlds and cultures, and how they find love.

There is similarity to the classic, Pride and Prejudice. Your thoughts on this.
My novel has been described as Pride and Prejudice remix set in a close-knit Toronto South Asian Muslim community. I love Jane Austen, and Pride and Prejudice is one of my favourite books, so I am pleased and honoured at this comparison. While I did not set out to write a straightforward retelling, I think the themes in P&P are echoed in my book, namely class differences, family expectations, and the search for identity mixed in with the search for love.

Eventually, the idea that being glamorous is equivalent to being frivolous (reference-Hafsa) and being focused and determined means you cannot be glamorous (reference-Ayesha) gets reinforced in the end... was it intentional?
Glamour is certainly not equivalent to frivolity, as Ayesha has her fun moments – such as when she passionately performed poetry in a bar, or when she dressed in a beautiful sari at the end of the book. Ayesha and Hafsa have different family situations, and through their contrasting characters, I wanted to explore the effect of wealth disparity even within a single family. Mostly, I hope my story will make readers think about the dangers of snapping to quick judgements about others, as people are quite complicated and cannot simply be described as being only either ‘glamorous’ or ‘determined’!

The book is quite insightful and offers an understanding about the Muslims living in Canada, this is something that I truly enjoyed and was informative - through this book would you say you are trying to show the world that Muslims can be normal (and are not all are terrorists)?
When I set out to write Ayesha At Last, my aim was to tell a fun, joyful, and romantic story about Muslims in the West. Unfortunately, most stories about Muslims contain negative stereotypes that reinforce xenophobic, one-sided narratives that can cause real harm to vulnerable populations. I hope that more stories about Muslims, or Hindus, or Buddhists, etc., set in the West, will help readers understand immigrant communities better, but most importantly will also allow those immigrant communities to see themselves as worthy of being featured in all types of stories, not just highly politicized ones. Your question reinforces the dangerous effect of this lack of representation – and yes, Muslims are normal. We are people, like everyone else.

How long did you take to complete this book, how many drafts did it go through?
The book took a long time complete, because like most people, I wear many different hats. I am a parent to two sons, I teach high school English, and I also write a column for The Toronto Star, Canada’s largest daily newspaper. So I wrote Ayesha At Last in stolen moments over many years – about eight years in total. I’m not sure how many drafts I went through, because after a while I simply lost count. More than a dozen for sure.

Where did you write this - at home, in the kitchen, on the dining table or at a coffee shop?
Since the book took so long to draft and revise, I can honestly say I have written Ayesha At Last everywhere: in coffee shops, in waiting rooms, on my desk at home, the kitchen table, while waiting for my children to finish soccer, baseball, swimming, and Scouts.

What are your writing rituals and how does your atelier look like?
I like to write in the mornings if I can. This is tough with teaching, so I make use of any time off and my weekends. I have a small office in my basement, which has an old desk, a monitor, and speakers for music (I love pop music and Top-40 hits). It also has a large bulletin board where I pin ideas for my book, plot details, and inspiring quotes.

What are you working on next?
My second novel is also a romantic comedy set in Toronto, featuring Muslim Indian characters and takes place in the restaurant world.

What about Ayesha At Last being adapted to the screen? Any updates?
Ayesha At Last was optioned for film by Pascal Pictures last fall, which was a very exciting development. Right now a screenwriter is working on the adaptation.