From Olive by Emma Gannon to Luster by Raven Leilani, five books we recommend this week

Covering mystery, romance, sexuality, murder and everything in between, our recommendations of books to read this week include gems like The Night Swim by Megan Goldin and What’s Left Of Me Is Yours by Stephanie Scott. Here are the five books that are trending right now...

Description: “OLIVE is many things, and it’s ok that she’s still figuring it all out, navigating her world without a compass. But life comes with expectations, there are choices to be made, boxes to tick and – sometimes – stereotypes to fulfil. And when her best friends’ lives start to branch away towards marriage and motherhood, leaving the path they’ve always followed together, Olive starts to question her choices – because life according to Olive looks a little bit different.

Moving, memorable and a mirror for every woman at a crossroads, OLIVE has a little bit of all of us. Told with great warmth and nostalgia, this is a modern tale about the obstacle course of adulthood, milestone decisions and the ‘taboo’ about choosing not to have children.” 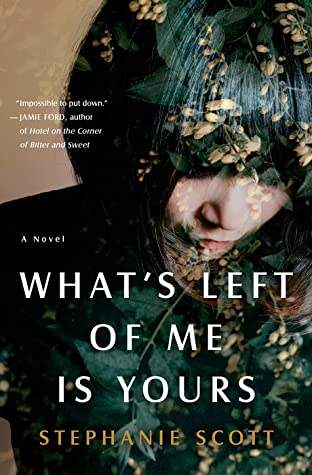 What’s Left Of Me Is Yours by Stephanie Scott
Published by: Doubleday Books
Genre: Mystery/Drama

Description: “In Japan, a covert industry has grown up around the "wakaresaseya" (literally "breaker-upper"), a person hired by one spouse to seduce the other in order to gain the advantage in divorce proceedings. When Satō hires Kaitarō, a wakaresaseya agent, to have an affair with his wife, Rina, he assumes it will be an easy case. But Satō has never truly understood Rina or her desires and Kaitarō's job is to do exactly that--until he does it too well. While Rina remains ignorant of the circumstances that brought them together, she and Kaitarō fall in a desperate, singular love, setting in motion a series of violent acts that will forever haunt her daughter's life.

Told from alternating points of view and across the breathtaking landscapes of Japan, Stephanie Scott exquisitely renders the affair and its intricate repercussions. As Rina's daughter, Sumiko, fills in the gaps of her mother's story and her own memory, Scott probes the thorny psychological and moral grounds of the actions we take in the name of love, asking where we draw the line between passion and possession.” Description: “Edie is stumbling her way through her twenties—sharing a subpar apartment in Bushwick, clocking in and out of her admin job, making a series of inappropriate sexual choices. She's also, secretly, haltingly figuring her way into life as an artist. And then she meets Eric, a digital archivist with a family in New Jersey, including an autopsist wife who has agreed to an open marriage—with rules. As if navigating the constantly shifting landscapes of contemporary sexual manners and racial politics weren't hard enough, Edie finds herself unemployed and falling into Eric's family life, his home. She becomes a hesitant friend to his wife and a de facto role model to his adopted daughter. Edie is the only black woman young Akila may know.

Razor sharp, darkly comic, sexually charged, socially disruptive, Luster is a portrait of a young woman trying to make sense of her life in a tumultuous era. It is also a haunting, aching description of how hard it is to believe in your own talent and the unexpected influences that bring us into ourselves along the way.” 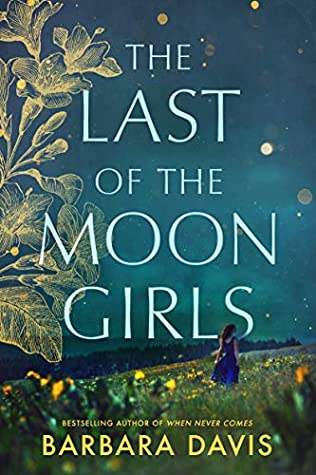 The Last of The Moon Girls by Barbara Davis
Published by: Lake Union Publishing
Genre: Mystery

Description: “Lizzy Moon never wanted Moon Girl Farm. Eight years ago, she left the land that nine generations of gifted healers had tended, determined to distance herself from the whispers about her family’s strange legacy. But when her beloved grandmother Althea dies, Lizzy must return and face the tragedy still hanging over the farm’s withered lavender fields: the unsolved murders of two young girls, and the cruel accusations that followed Althea to her grave.
Lizzy wants nothing more than to sell the farm and return to her life in New York, until she discovers a journal Althea left for her—a Book of Remembrances meant to help Lizzy embrace her own special gifts. When she reconnects with Andrew Greyson, one of the few in town who believed in Althea’s innocence, she resolves to clear her grandmother’s name.
But to do so, she’ll have to decide if she can accept her legacy and whether to follow in the footsteps of all the Moon women who came before her.” 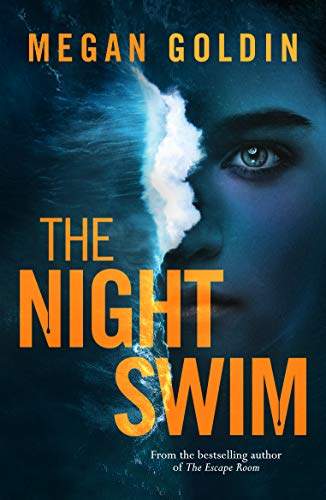 Description: “After the first season of her true crime podcast became an overnight sensation and set an innocent man free, Rachel Krall is now a household name―and the last hope for thousands of people seeking justice. But she’s used to being recognized for her voice, not her face. Which makes it all the more unsettling when she finds a note on her car windshield, addressed to her, begging for help.

The small town of Neapolis is being torn apart by a devastating rape trial. The town’s golden boy, a swimmer destined for Olympic greatness, has been accused of raping a high school student, the beloved granddaughter of the police chief. Under pressure to make Season Three a success, Rachel throws herself into interviewing and investigating―but the mysterious letters keep showing up in unexpected places. Someone is following her, and she won’t stop until Rachel finds out what happened to her sister twenty-five years ago. Officially, Jenny Stills tragically drowned, but the letters insists she was murdered―and when Rachel starts asking questions, nobody seems to want to answer. The past and present start to collide as Rachel uncovers startling connections between the two cases that will change the course of the trial and the lives of everyone involved.

Electrifying and propulsive, The Night Swim asks: What is the price of a reputation? Can a small town ever right the wrongs of its past? And what really happened to Jenny?”