MANTO AND HIS Mantoiyat has had a deep impact on director-actor Nandita Das. In fact, at the Kolkata Literary Meet held last month, the 50-year-old filmmaker had pointed out to the packed audience, that ‘we all have a bit of Manto-ness in us.’ Exactly two years ago, the maker of the award-winning film Firaaq was on the same platform promoting her film Manto with Nawazuddin Siddiqui portraying the lead role of the poignant Urdu writer Sadat Hasan Manto. This year the auteur was in the city to release her debut book Manto & I, which encapsulates her jour ney of making the critically acclaimed film. When we caught up with the passionate artiste, minutes before her session at the grounds of Victoria Memorial, she talked about how writing the book was cathartic and admitted that her plans for the future were always fluid, even as she flipped through the pages of her thick hardbound copy. Excerpts:

What prompted you to pen down a book after directing a film on Manto?

It’s a book with words and images that tells stories from behind the scenes of Manto. I felt like there were so many stories that should have been told. Also, we had wonderful photographs that were not utilised while we were making the film. 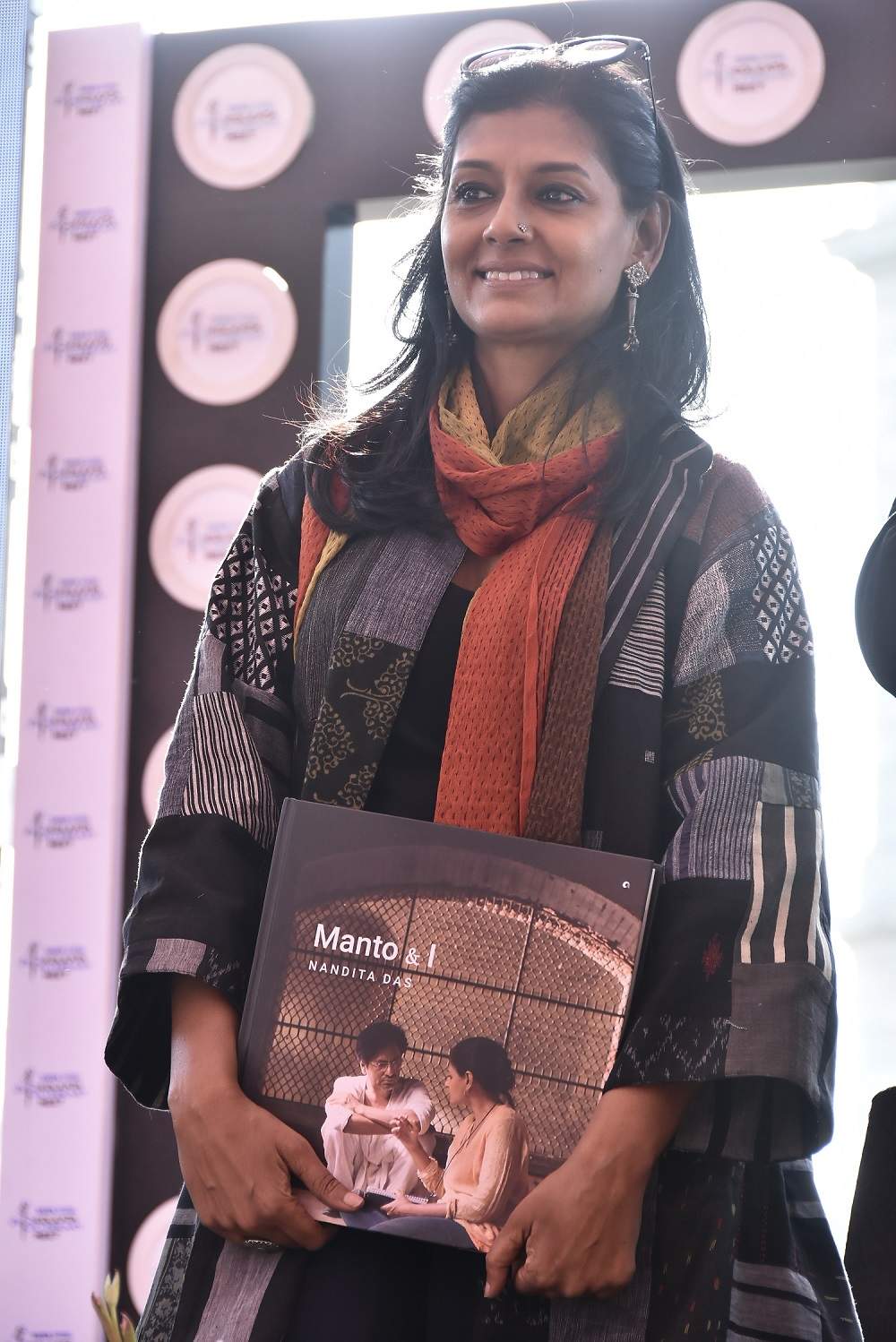 When did you decide on writing a book?

I always wanted to write a book on the journey of making Firaaq. But unfortunately, that did not materialise. So I thought let me have my catharsis with Manto & I. It was interesting to relive the six-year-long journey and share those stories with the readers. I personally, enjoy the journey of artistes and young filmmakers might like it as well. This is not the end but the beginning of it.

How much has Manto influenced you as a person, given that you are vocal about issues affecting society?

Subconsciously, yes, as I read him in college and it was only from 2012 that I started resonating with his ideas. Manto believed in invoking humanity. How long did it take you to write the book? It took me about a year but I did not do it in a disciplined way. I wrote mostly late nights when my son fell asleep or in flights. I have never really feared failure in that sense. The book has a longer shelf life and is like a stream of consciousness.

Do you plan to write another book?

I never think ahead and I have no idea where the book is going to take me. When I made Firaaq, I did not know that there will be another film. When I filmed for Fire, I didn’t think I will act again. Never say never. I enjoy solitary activities like writing as opposed to directing which means handling so many people. So maybe yes.