Our Woman in Moscow, Seven Days in June and other books to get your hands on this week 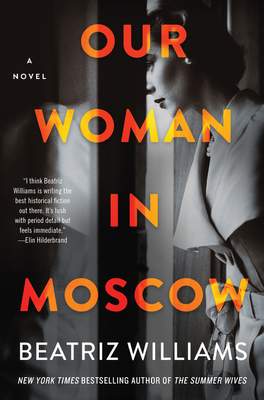 Our Woman in Moscow by Beatriz Williams
Iris Digby and her American diplomat husband vanished from their London home in the autumn of 1948. None of the friends and acquaintances know if they've been executed by the Soviet intelligence service or if they have moved to Moscow with all the US’ top secrets. But four years later, Ruth Macallister receives a letter from her twin sister, Iris. Soon Ruth is on her way to Moscow to find her long lost sister. But she slowly discovers the real truth about Iris’ marriage. And as they try to escape to safety, they must make a difficult choice that will only end in heartbreak. Seven Days in June by Tia Williams
When Eva Mercy, a bestselling author of erotica and Shane Hall, an award-winning literary author, meet unexpectedly in New York, the chemistry between them is palpable. As sparks fly, they become the talk of literary circles in the city. But not everyone is aware that this is not the first time they are meeting. Twenty years ago, their whirlwind one-week affair ended in heartbreak. As they try to reconnect, Eva must decide whether she can trust the man who broke her heart. Dead Dead Girls by Nekesa Afia
The first instalment of a historical mystery series, this book follows Louise Lloyd, a young black girl living in Harlem, New York. Of late, there have been numerous cases of young black women being found dead in the area. When Louise is arrested after an altercation with a police officer, she is forced to help the police solve the case. 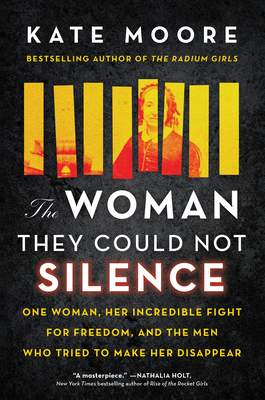 The Woman They Could Not Silence: One Woman, Her Incredible Fight for Freedom, and the Men Who Tried to Make Her Disappear by Kate Moore
It’s the year 1860. Elizabeth Packard is an intelligent and independent mother and wife. However, her liberal, modern ideas are not something her husband can get behind and he has her committed to a mental asylum. Once there, she discovers many other women like herself - sane women put in the institution by their husbands to silence them. Together they plot to fight for justice, because they have nothing to lose. The One Hundred Years of Lenni and Margot by Marianne Cronin
While living in the terminal ward, 17-year-old Lenni meets 83-year-old fellow patient Margot, at an art class she signs up for against doctor’s orders. The duo strike up an unlikely friendship realising that between them they have spent 100 years on the planet. To celebrate this milestone, they decide to paint their life stories and experiences. As their bond grows deeper, they realise that they have much more life left to live.