What is the mark of a true queen? If bravery, perseverance, foresight and pragmatism are a few defining qualities, then Rani Jindan Kaur, who did away with purdah to run a kingdom, escaped a high security British prison, travelled on foot through mountains to find sanctuary in a foreign country and won the loyalty of one of the most formidable armies in Asia, is truly among the greatest queens in history. However, there are very few texts on her life in the royal court of Punjab, let alone her humble childhood as the daughter of King Ranjit Singh’s kennel keeper. In her latest novel, The Last Queen, celebrated author Chitra Banerjee Divakaruni, presents the riveting tale of Jindan, an extraordinary woman, who, despite her unremarkable background, became one of the strongest figures in the history of Punjab. We spoke to Chitra, the author of popular works such as The Palace of Illusions and The Mistress of Spices, about the work that went into the novel and what inspired her to tell her story. Excerpts:

What made you pick Queen Jindan as the subject of your book?
I think she chose me! I came across her story quite by chance while I was waiting to do an event for the Kolkata Literary Meet. The speaker ahead of me projected Maharani Jindan’s image (the painting which I later chose as the cover of the book) on the screen and said a few words about her tragic separation from her son, Maharaja Dalip Singh, and how after many years they were reunited. I was very touched and intrigued, and researched her story. When I learned how brave she was, and how she resisted the British until the end, I decided to make her the centerpoint of my novel. 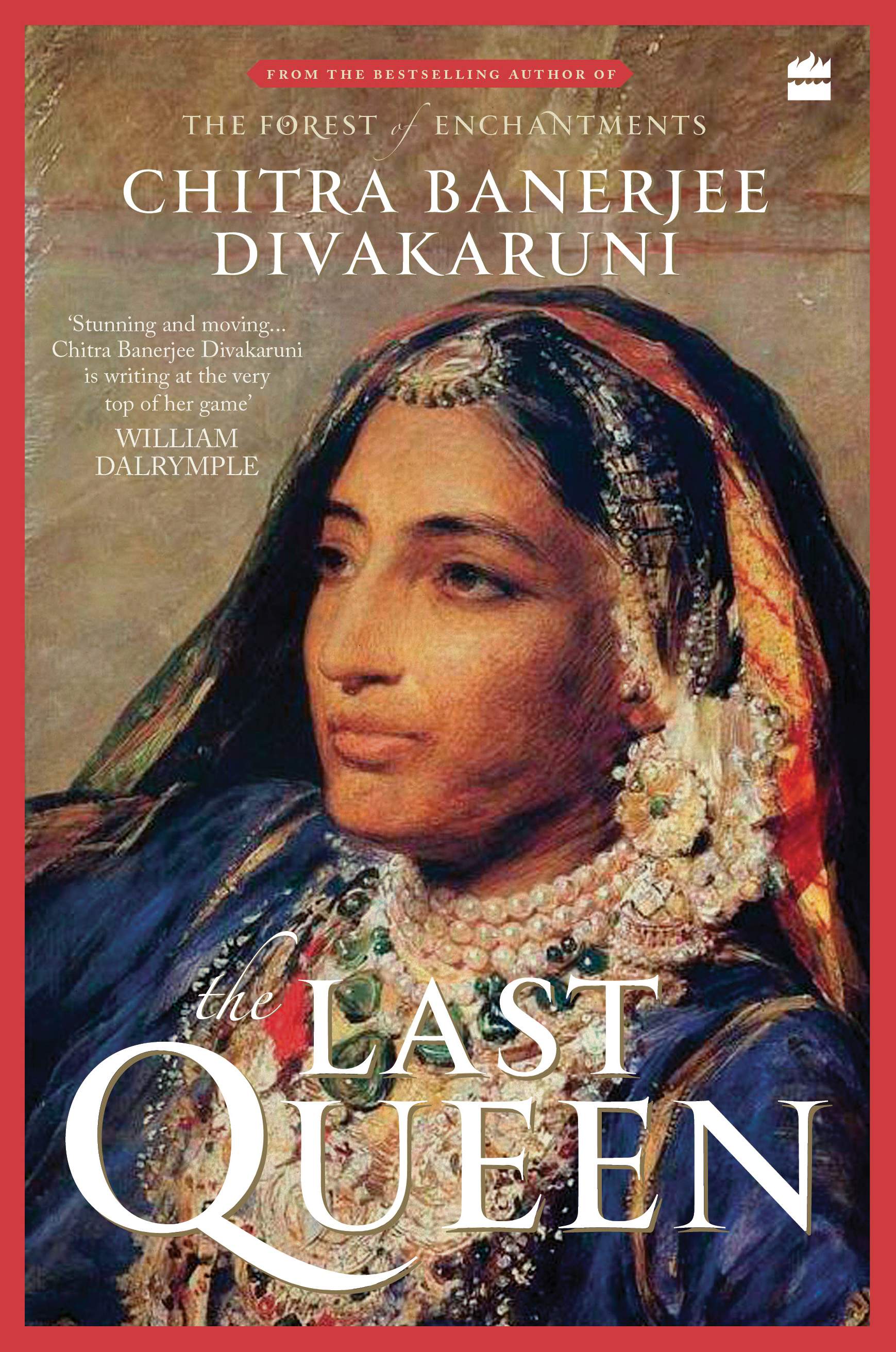 Tell us about the research that went into fleshing out her character and that of her son.
I read all the history books that were available to me, particularly those written by Khushwant Singh, Sushila Anand and Michael Alexander, and Peter Bance. I read novels about the era, particularly Navtej Sarna’s The Exile, about Maharaja Dalip Singh. I also read letters and diaries of the time, such as the memoirs of Lady Login who, along with her husband Lord Login, was Dalip Singh’s guardian after the British separated him from his mother and imprisoned her. Most of all, I was inspired by paintings and old photographs and maps. I pored over 19th century photographs of Lahore, especially the qila (fort) where Jindan was first a poor girl and then a Maharani. I looked at maps of the city and of the route Maharani Jindan took when escaping from the British prison and making her way to Nepal. I examined photos of the Spence Hotel, in Calcutta, where she was finally reunited with her son. I studied photographs of London and the houses where she lived when she joined her son there. They were very evocative and helped me imagine her life.

What were some of the most surprising facts you learnt from looking into her life?
One was how she rose from very humble beginnings (she was the kennel keeper’s daughter at Lahore Qila) to become Maharajah Ranjit Singh’s queen. She must have been a very special person for the Maharajah to fall in love with her. The second was how, when her five-year-old son was put on the throne, she insisted on being queen regent not just in name (as her courtiers wanted) but in truth. She dispensed with the veil, sat in court and made important decisions. Most importantly, she won over the Khalsa army, who supported her and called her ‘Mother of the Khalsa.’ She was at once clever and brave in this role. The third was how she managed to escape from a high-security British prison (Chunar Fort) and, although in ill-health and penniless, travelled alone all the way to Nepal, where she asked for and received asylum. And the final is her last and most surprising moral victory over the British when she is living in England with her son, Dalip... but I will not give it away!

What are some lessons from her life that you think are great takeaways for the political climate we are currently living in?
Maharani Jindan’s main tragedy was that her courtiers refused to unite and think of what was good for the kingdom of Punjab. They only thought of increasing their own power.  As a result, the court was split into several factions (often religion-based) that hated each other. Her own generals betrayed her and the Khalsa army treacherously to the British. This was the tragedy of many other Indian kingdoms, too, during this time. If they had united — within their kingdom, and also, by forming allies with other kings/queens — the British could never have taken over India. The lesson here, which is a timeless one — both for India and for the US — is that we must not let partisan politics take us over. If we lose sight of what is good for the country as a whole, if we cannot unite and come together to find common ground to work and prosper, if we cannot be inspired by true love for our country and countrymen/women, we will have to pay a huge price, as Punjab and all of 19th century India was forced to.

Mythology and history — you have written novels under both genres. Which one do you enjoy working on more?
I truly enjoy them both hugely. Each has its own special power. Each can give us inspiring and fascinating characters who battled great challenges and who teach us even today how to endure and not give up. With mythology, since it deals with distant ages, I feel freer to imagine and create scenes. With history, I feel I must remain closer to the actual events. But I love both because they are filled with strong, complex women who have not been given their due. Writing about such women, especially the forgotten, neglected or misinterpreted ones, is a passion for me.

What inspires you as a writer?
I want to write books that are accessible to many, dive deep into the portrayal of human psychology and are inspiring. When I hear from readers that my characters made them think differently about their own lives, and helped them handle their own problems and challenges, I feel I have succeeded.

What is one topic of history that you would like to explore for a novel?
I would like to explore the Indian independence period, especially the 1940s, including what happened during Partition. I feel that is a momentous time in our history that affected many lives both positively and negatively. Many tragedies occurred then, but also many heroes rose to the challenge of the times. Out of that turmoil, a country was born (or, some might say, reborn)! That is what I plan to portray in my next novel, focusing, as usual, on some strong and interesting women.