Kingfisher calendar 2017: Behind the scenes with Atul Kasbekar

Sitting in on the sets of the Kingfisher Calendar shoot, lounging over the spotless sands of a beach in Greece, and rubbing shoulders with some of the country’s most desirable women, easily counts among every teenage boy’s fantasies. It also figures in the dreams of many a young girl — and their parents. As Atul Kasbekar, the official photographer of the calendar recounts, “Seriously, I have moms telling me, why don’t you use my daughter, she’s in gr

eat shape. It’s quite absurd.”
The 2017 edition is Atul’s 15th outing with the immensely influential calendar, which propelled the likes of Katrina Kaif and Yana Gupta into the spotlight, back in 2003. “When we first shot Katrina, she wasn’t the Katrina of today,” reflects Atul. “But you could see the potential in her.” In 2006, he put out a ravishing Deepika Padukone in a bikini, a year before she made her Bollywood debut. In a nutshell, that’s the reputation riding on the calendar — of unveiling the best new faces in India.
“The calendar quickly established itself as a place to spot new talent,” offers Atul, over a telephone conversation. In the initial years, it was a struggle to get models to come on board, he recalls. “Many of them, all good friends, politely declined. Nahi yaar, a calendar? We love you, but we can’t do it. What will people say?” That’s what they would tell him, earlier.Today, as it stands, the calendar is the most coveted platform for fashion in India. “Every one of our models has gone into orbit,” avers Atul. “We won a bunch of awards, while the calendar has done a lot for everyone else involved — the graphic designers, the PR company, and the make-up artists.” At the core of all of that is Atul’s skill of telling apart incredibly photogenic women.

EXOTICA FOR DUMMIES
The Kingfisher Calendar, in many ways, has been crucial in defining contemporary beauty in India. “Worldwide, the definition of beauty has changed,” offers Atul. “People 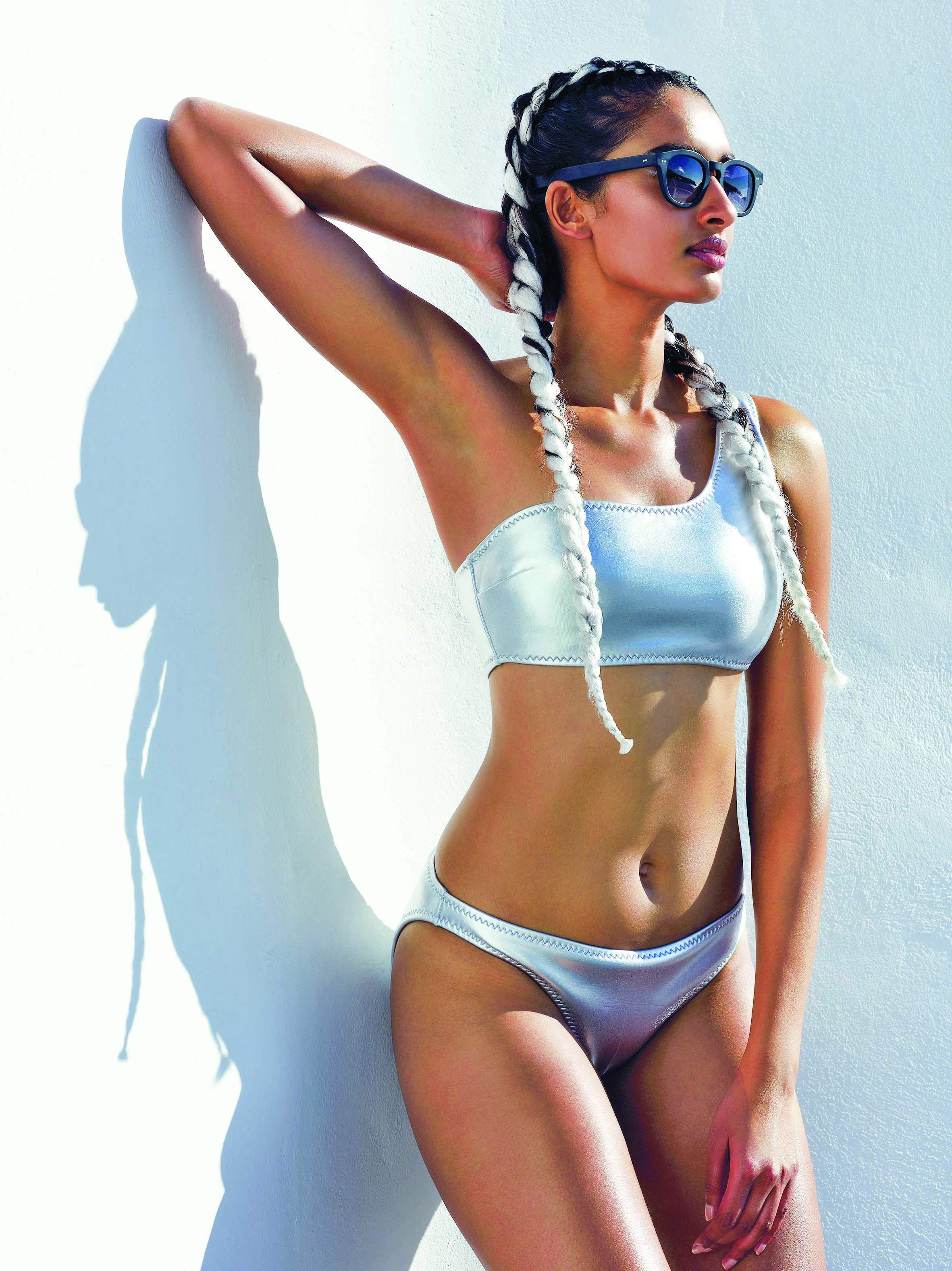 are now more open to duskier women. That’s because, we have these genetic cocktails producing the most gorgeous children.” The 2017 Calendar features an uncommon assortment of models, with Dayana Erappa, Kanishtha Dhankar, Meenakshi Rathore and Vartika Singh, alongside the Brazilian-Goan Alliny Gomes and the Moroccan-Canadian Nora Fatehi.
“I personally like slightly quirky faces, as opposed to a Deepika kind of face, which looks great in any context,” he says. He’s also “hopelessly partial” to the tanned look. “I have never shot for a fairness
cream. They’re disgusting. There’s something wonderful about being bronze.”
The aspect of mixed descent plays into the concept of exotic beauty, explains Atul. “None of these models are easily identifiable, as to where they’re from,” he observes. “That makes them appeal to different people. Because you think, she could be from my country.” Expectedly, the models do get mistaken for being either Middle Eastern (or West Asian) or Hispanic, he points out. “We had the model Angela Johnson (in 2011-12). God, what a face! She’s half-Indian, half-Icelandic,” recalls Atul.
At the same time, with the actor Priyanka Chopra taking up prime space on billboards in Times Square, New York, for her TV drama Quantico, the idea of celebrating Indian beauty has come of age, says Atul. “She’s stunning, and there’s no question of her being a pure-bred Punjabi Indian.” The classic Indian beauty for Atul is “Someone like Madhuri Dixit — a gorgeous woman, and there’s no doubt she’s Indian.” On the global stage, meanwhile, the case for “the classic blonde blue eyes, Cindy Crawford look” has drastically changed, he says.
“Earlier, if you saw an Indian face in a TV series, it was usually to fill that little ethnic part, and chances are they spoke like Peter Sellers in (the 1969 comedy) The Party,” remarks Atul. “Now, the definition of beauty has become much broader, and our girls are finding greater acceptance in a world market.”

BEAUTY AND THE BEACH
The calendar has come a long way in changing perceptions about sexuality, agrees Atul. “Women are a lot more confident today,” he affirms. “Earlier, it was the bad girl in 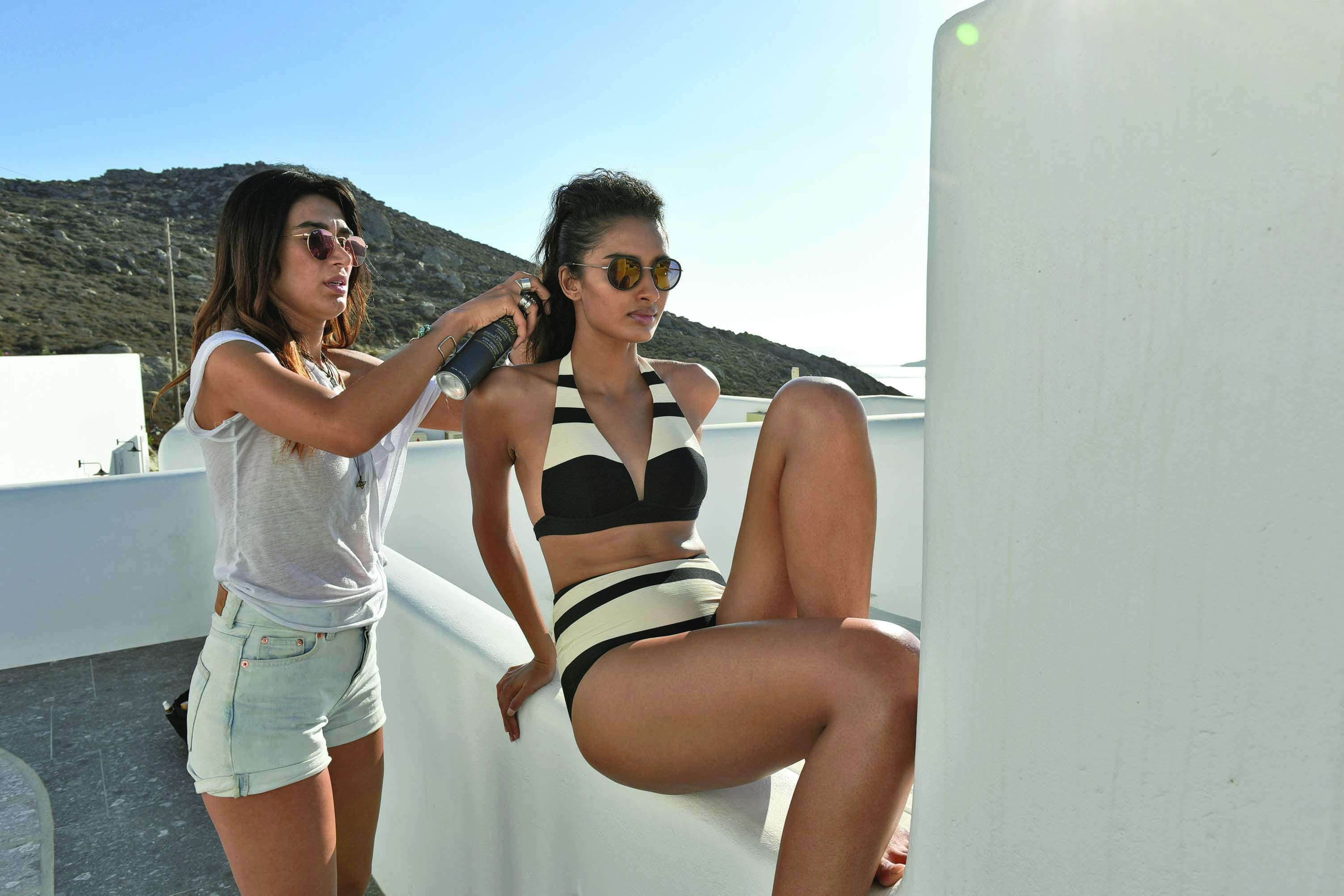 our movies who smoked, drank and lured the poor sweet hero away. That was the kind of woman who wore a swimsuit by the pool.”
The term he prefers to use over bikinis and swimwear is “resort wear”, offers Atul. “That lends itself to more than just a bikini on the beach,” he reasons. “As a friend of mine says, some pieces are not meant to go into the water. She calls them ‘investment swimsuits’ — for the boys to look at, and the other girls to be in envy of.”
Atul also makes a case for fit models, as opposed to the unduly thin look. “The nice thing about a swimsuit calendar is that it has nothing to do with people looking anorexic,” he says, with a measure of a 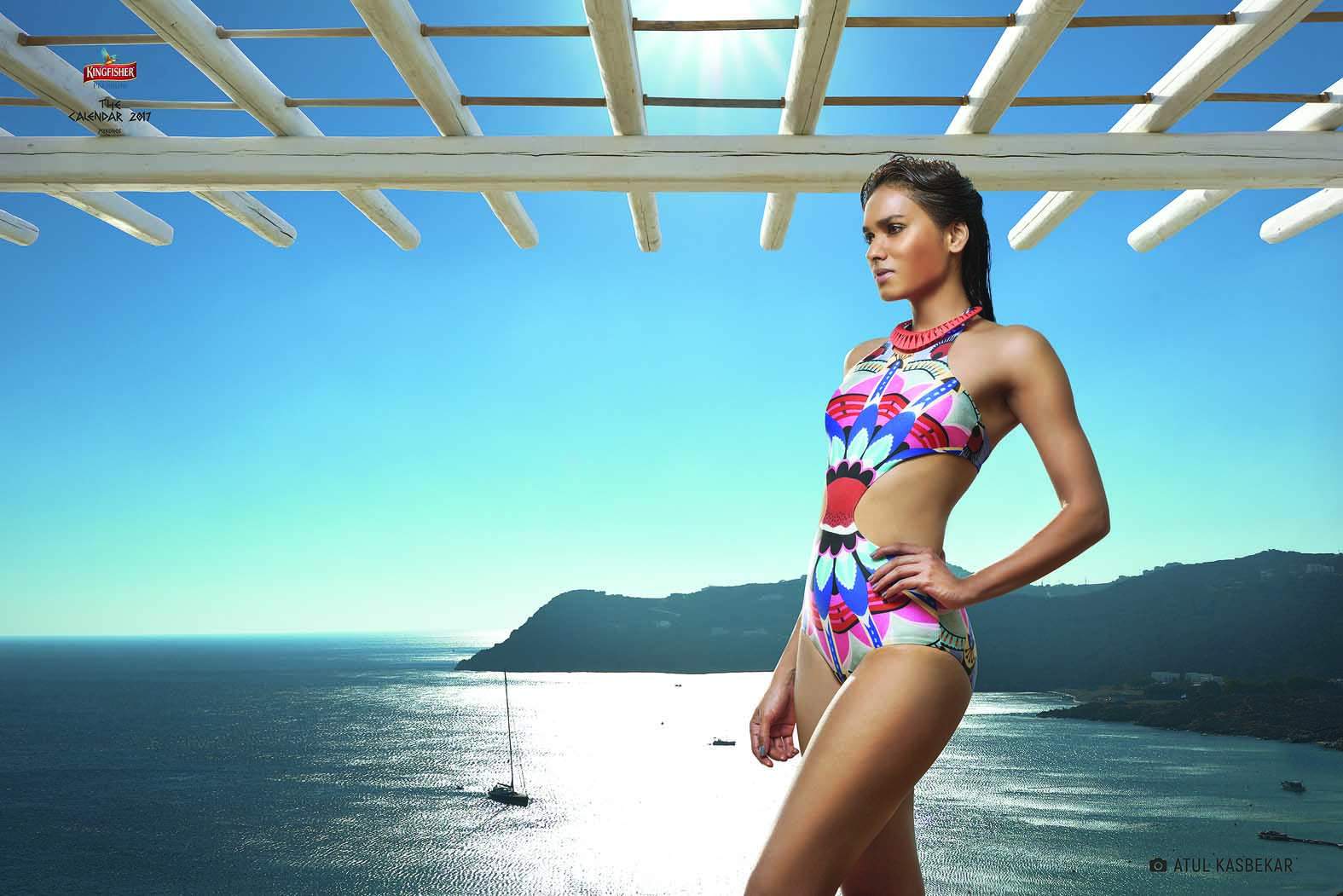 ssurance. “The bodies that look best in a swimsuit are athletic, and well-proportioned.” On the ramp, the models are expected to be thinner, explains Atul.
“The models in Milan and Paris are the worst, and the absolute opposite of how you should be,” he states. “It’s horrible. Who wants to look like a clothes hanger? Please give me somebody with endless legs, who can run 10k, and does yoga.” The buxom Southern lass paradigm, at the other extreme, can be quite a turn-off, he adds. “The overtly large-built, jiggly stomached, thunder thigh-ed idea of beauty, I don’t subscribe to.” On Indian ramps, as yet, the girls are relatively healthy, he asserts.
Also, feminine beauty needn’t necessarily be about age either, reassures Atul. For instance, Shabana Azmi is still “a striking woman”, he enthuses. Even today, you can’t help think that this is a lovely woman, and she was stunning in her time.”
“I’m deeply respectful of sensibilities,” adds the photographer. In fact, he says, retaining a sensitive spirit was a part of his brief by Vijay Mallya, the former chairman of United Spirits and the calendar’s patron. “He said, I don’t want anyone ever to be embarrassed getting a copy,” recounts Atul. “Above all, it must be extremely tasteful.”
The calendar 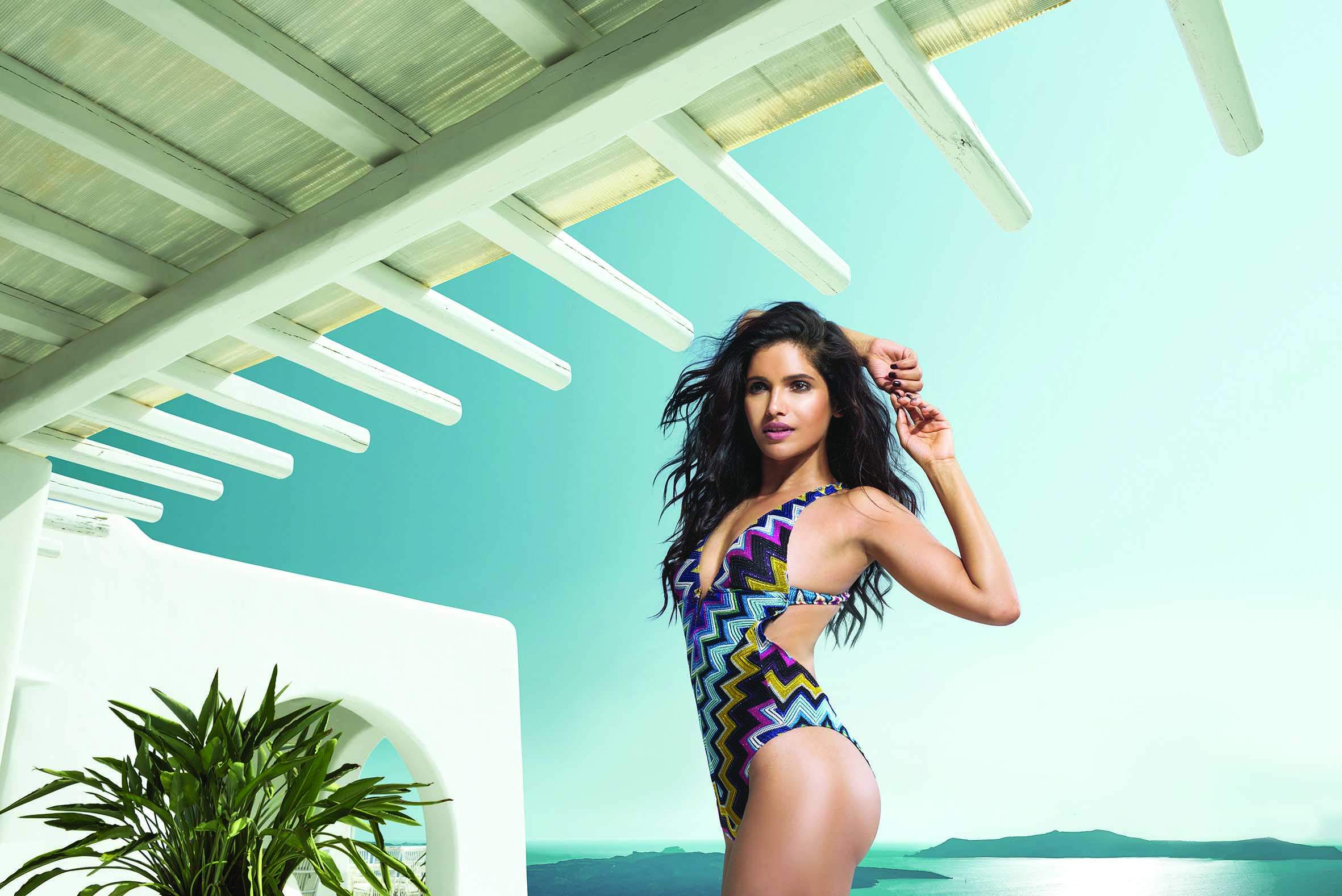 is a property of the United Breweries Group, and has nothing to do with the airline of the same name, clarifies Atul. “They’ve always paid well, and always paid on time.” The group’s part owners, Heineken, also want the calendar to continue, he adds, while the Pirelli Calendar parallel is because you can’t acquire it off the shelf — “it has to be sent to you”.
Standards of beauty can be quite relative, adds Atul, quoting the Irish-American writer Jean Kerr: “I’m tired of all this nonsense about beauty being only skin-deep, what were you looking for, an adorable pancreas?” It’s also easy to slip into “a cheese cakey sort of thing”, he admits. “I tell the girls, ‘I don’t want you to look in any way raunchy.’ It’s easy for models to have that, ‘You’re looking at me, big boy’ kind of look. I don’t need that madbhari aankhen (come hither) thing at all.”
Ultimately, the Kingfisher Calendar is easily the most visible print assignment in the country. “Whoever gets it is happy, even if they hardly ever put it up, more out of fear of it getting nicked,” says Atul. “I have friends who put it up and never leave their cabins unlocked.”

MAN SMART, WOMAN SMARTER
Atul also made his foray into producing films this year, with Neerja, starring Sonam Kapoor. His company, Bling Unplugged, currently has 7-8 films in the works, including Tumhari Sulu, starring Vidya Balan, set to be directed by Suresh Triveni, 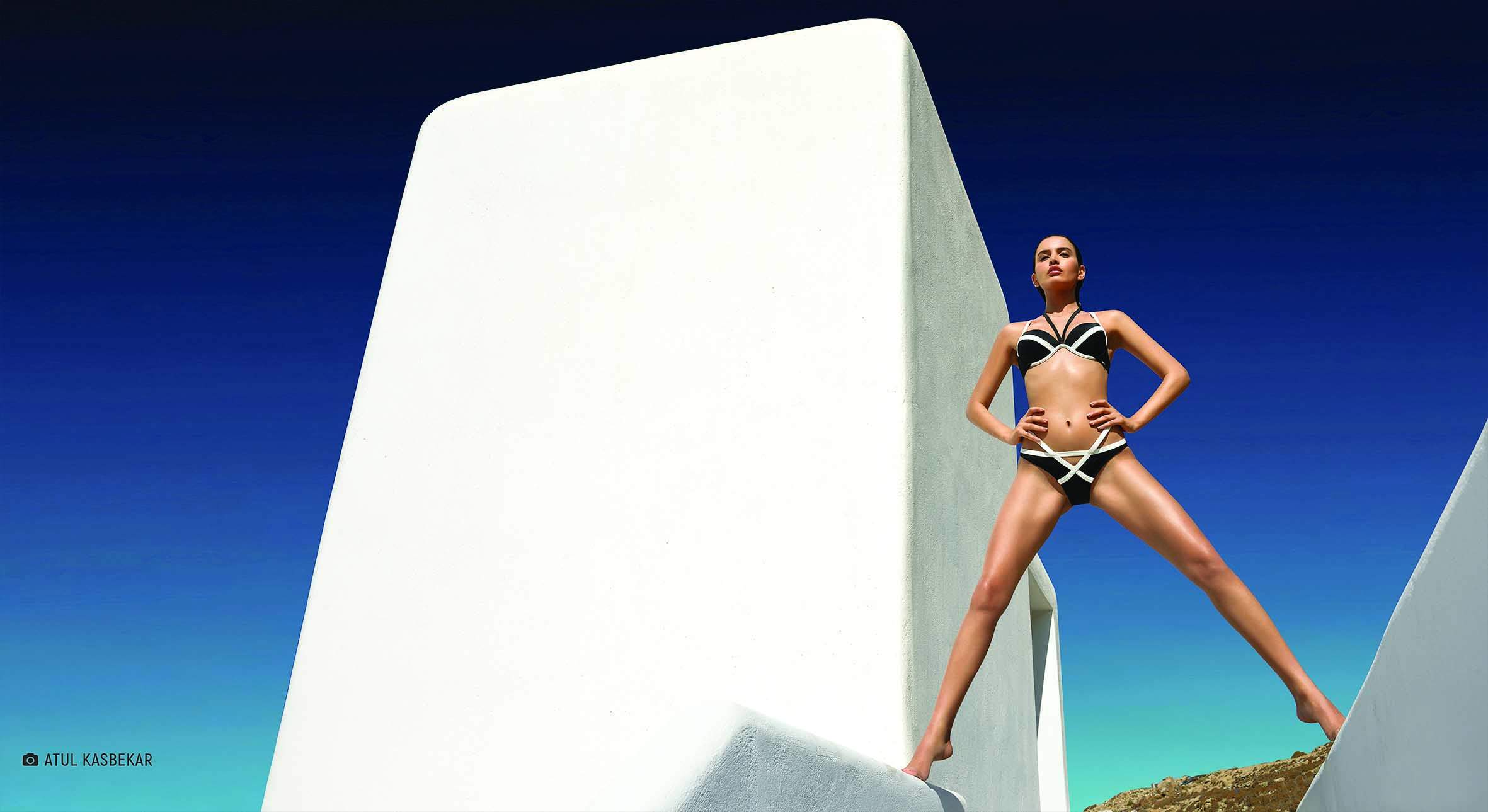 who made the “mauka mauka” cricket World Cup TV commercials. “Sulu is short for Sulochana,” offers Atul. “The film is an urban comedy about a middle-class housewife (Balan) who becomes the RJ on a late-night ‘love guru’ show. It’s essentially about what an Indian woman faces in urban India, with a closeted MCP husband who puts his feet up and says, arre yaar, chai de do (serve me tea).”
“The Indian male is now routinely in a space where the boss is a woman, and their partner earns more money,” notes Atul. “A lot of men have a hard time coming to grips with this. I have always maintained
that women are infinitely smarter, and far more tolerant. The only thing we have is our muscled breasts, which only work for manual labour.”
They’ve also snagged the rights to the German film, Run Lola Run, the remake of which is expected to be done by the ad films director Rajesh Krishnan. Meanwhile, a definite change in attitudes towards sexual equality will take time, admits Atul. A lot of that has to do with the state of education, he adds, mentioning the initiative MARD, short for Men Against Rape and Discrimination, which he founded with the actor Farhan Akhtar. The programme does a lot to educate boys in the slums, he offers. “We tell them, girls are your equals. And that’s where the change begins.”

“Beauty comes in all shapes, sizes and colours and it’s nice to see beauty diversify and not conform to the traditional. Each of the girls has their own distinct characteristics. F

or the styling, I drew inspiration from the location, the Greek island of Mykonos, in the Aegean Sea. It’s a magical place that provided the perfect backdrop, with sunsets painting the skies in hues of gold, and the architectural significance of the landscape and buildings led to a lot of the clean, minimal white lines.” — Allia El Rufai, stylist.
All models make-up by Kapil Bhalla,
hairstyling by Marianna Mukuchyan.