​Embrace the tempest: monsoon trails in the Western Ghats

Ditch the off-season rate ‘Kerala Houseboat’ holiday package this time around. Opt out of being stuck in posh Goan hotels while clicking #CloudPorn selfies. This monsoon, get out and get wet. Discover gradients of green, you never knew existed. Overcome phobias you have never encountered. Embark on adventures you never experienced. Rest assured, once you’ve completed such monsoon escapades on either side of the Western Ghats and beyond, your frown will turn upside down the next time you’re stuck in traffic, and it starts pouring.

Witness Olympians and world champion extreme downriver racers tear up torrents and waves at Asia’s biggest whitewater event. While the Malabar River Festival at picturesque Kodencherry has been a permanent fixture on the calendars of adrenaline junkies for the last five years, nowadays, adventurer-seekers are following suit. For those few who aren’t happy with watching from the sidelines, the organisers of the three-day event (July 20-23) now host whitewater kayaking classes—where you can train with world-class expedition paddlers and maybe even participate in the intermediate category! “The Iruvanhipuzha and Chalipuzha (rivers) flowing through the rocky terrains makes a perfect eight to 15-kilometre kayaking course,” explains co-founder Manik Taneja. Classes from Rs 9,000 onwards. Details: 9740067323
Tip: No matter how ridiculous you look, never take off your personal flotation device or helmet while rafting. Rs 1,500 onwards on flipkart.com 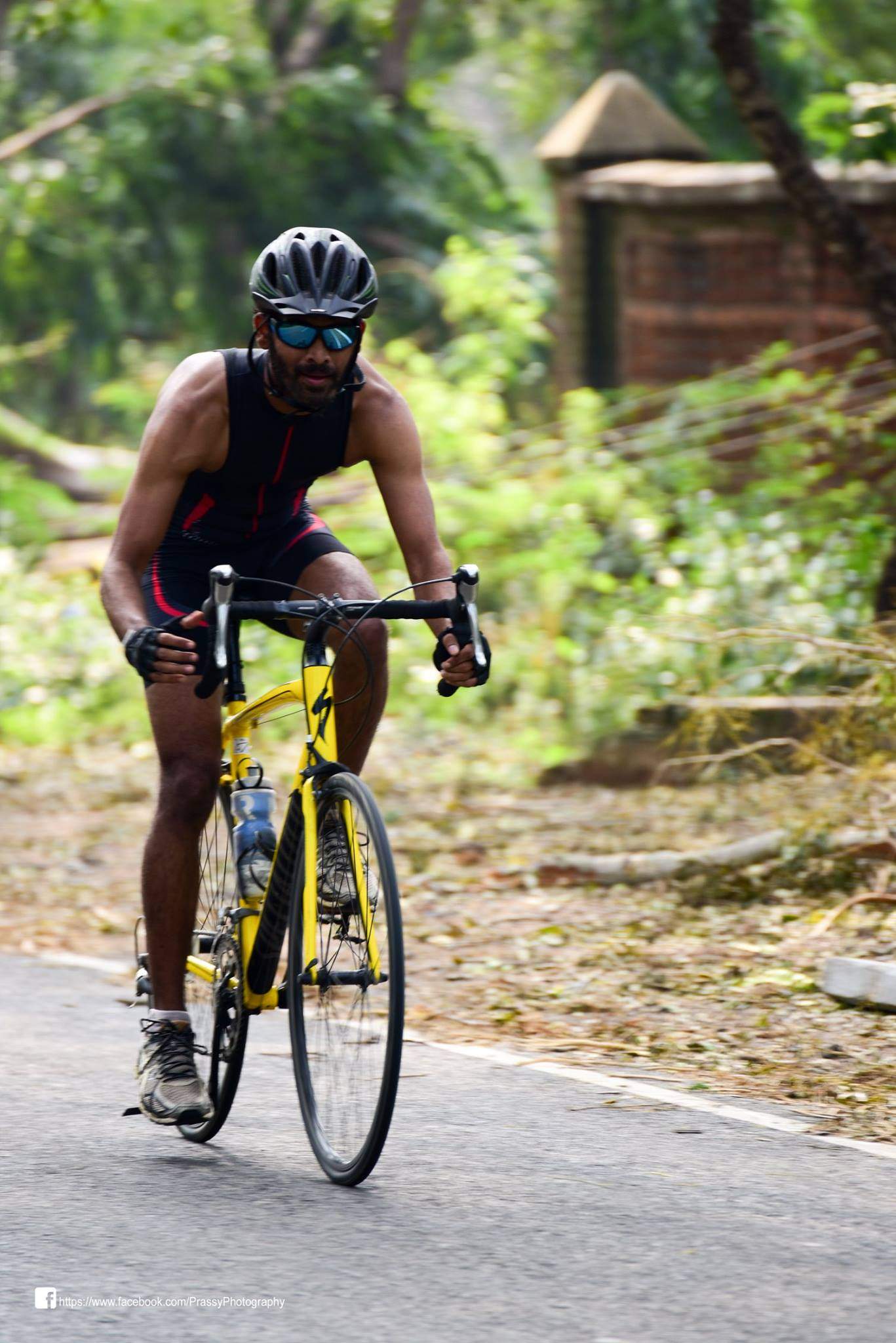 If off-roading and canyoning doesn’t get you pumped up, how about tackling a triathalon during the rains? Call Chennai Trekking Club (CTC), as their most popular event, the annual Triathlon is expected to have close to 1,000 people this time. “The race will start with a 1.5 km swim in the morning at Ottiyambakkam (an hour’s drive South of Chennai), followed by 40 km of cycling on the Old Mahabalipuram Road and it finishes with a 10 km run in Navalur,” explains founder Peter Van Geit. All of that bang in the middle of forecasted downpours. On July 1. Details: chennaitrekkers.org

Fancy a game of football while running shin-deep in slushy mud? Or do you prefer to run a 10k marathon in the mountains during a thunderstorm? To indulge in either, make your way to Kalpetta for Splash. This eight-year-old campaign by the Wayanad Tourism Organisation has been a roaring success as the three-day carnival has helped adventure travellers ‘rediscover Kerala in the rain’. On July 7-9. Details: wayanadsplash.com 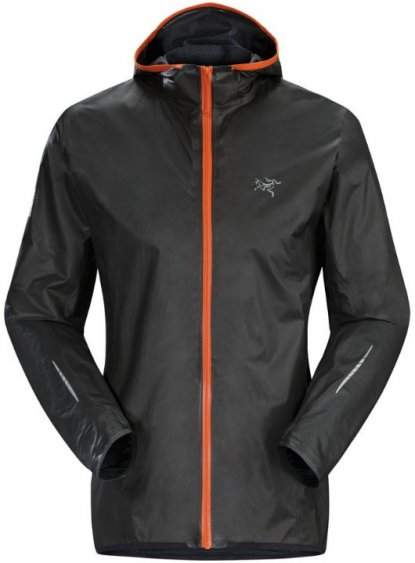 Meghalaya
Abode of the clouds

Don’t expect petrichor wafting in this region, as it’s home to the wettest place on Earth! Though rainfall is perennial in the North East of India, it’s strongest from June-August, so travelling to states other than Meghalaya may be risky due to constant landslides, etc. Geographically speaking, Meghalaya
is very similar to the Western Ghats, so there’s plenty of nature-oriented pursuits for thrill seekers. “The seven km-long nature hikes to the 300-year-old living root bridges is a popular option. But daredevils should try canyoning—a group activity that includes scrambling, walking, swimming and sliding down short waterfalls on a kilometre-long riverbed, ”explains Rohan Abraham, founder of IndiaTrail, which promotes responsible tourism in the ‘Seven Sister States’. Five-day adventure packages from Rs 35,000 onwards. Details: holidays@indiatrail.org
Tip: Do not go exploring Meghalaya’s popular limestone caves during the monsoon, as the caves quickly fill up with water, stranding explorers.

If you’re in the mood for a monsoon bike ride but have only a weekend to spare, then Valparai is the place for you. Ride uphill on what’s often touted as ‘South India’s Stelvio Pass’, the 40 hairpin bend-filled Pollachi-Valparai route via Azhiyar Dam, as it offers a stunning view from the Loam’s viewpoint. “While taking off to the hills, riders need to be fully equipped (including rain coat) and as the visibility is low in hill stations, especially when it rains, one should not hesitate to stop and wait, at times of heavy downpour,” says Prasad Jayaram, ride coordinator, Royal Enfield, Coimbatore.
With dense forests of Sholayar on either side, the Valparai-Athirapally route, possibly the best monsoon ride in the country, promises the ride of one’s dreams unless an elephant or two stop by to say hello. Ride costs Rs 1,500 onwards. Details: valparai.com
Tip: Always maintain a speed of 40 kmph (20 kmph during heavy fog) while riding uphill and proceed with caution on the hairpin bends. Those who enjoy the warmth and fuzziness of a jacuzzi will understand the joy of lounging in water for hours together. Only if this was a natural water body, the indulgence will be a notch above, and that’s why we vouch for river Kali’s rapids. The temperamental river in Uttara Kannada’s Dandeli town is known for its diametrically opposite characters. You could either loll or raft through the wild whitewater. While rafting is the most sought-after engagement, we suggest you take a boat ride to one of the islands nearby where the random gushing stream gives you a natural jacuzzi experience. Details: 9845079414
Tip: Do try and visit Kavala Caves, Kulgi Nature Camp, go on a safari organised by the forest department at Anshi Nature camp, and visit Syntheri rocks.

Travellers who are averse to caged animals in zoos should undertake this journey to watch herds of wild elephants frolicking in a stream — only a few feet away! Just a few hours away from Kochi lies Anakulam, a thickly forested land set on the banks of Ittacholayaar. Monsoon holidaymakers who are heading to Munnar can take a detour at Adimali and put their off-roading skills to the test, as they can take their 4X4 beasts through the 30-km long cardamom jungle to Mankulam. Although the elephants are unpredictable, once they arrive for a draught they stay for quite a while. “Though there are many forest trails down to the river, the animals always come here. That’s because this is an oru (salt water stream),” says B Ashokraj, the Anakulam forest range officer. For more on forest trails, contact: 8547601553
Tip: Shock absorbers are paramount to off-road vehicle reliability, so visit your mechanic beforehand. Also carry a GPS navigation device. Rs 5,000 onwards on snapdeal.com 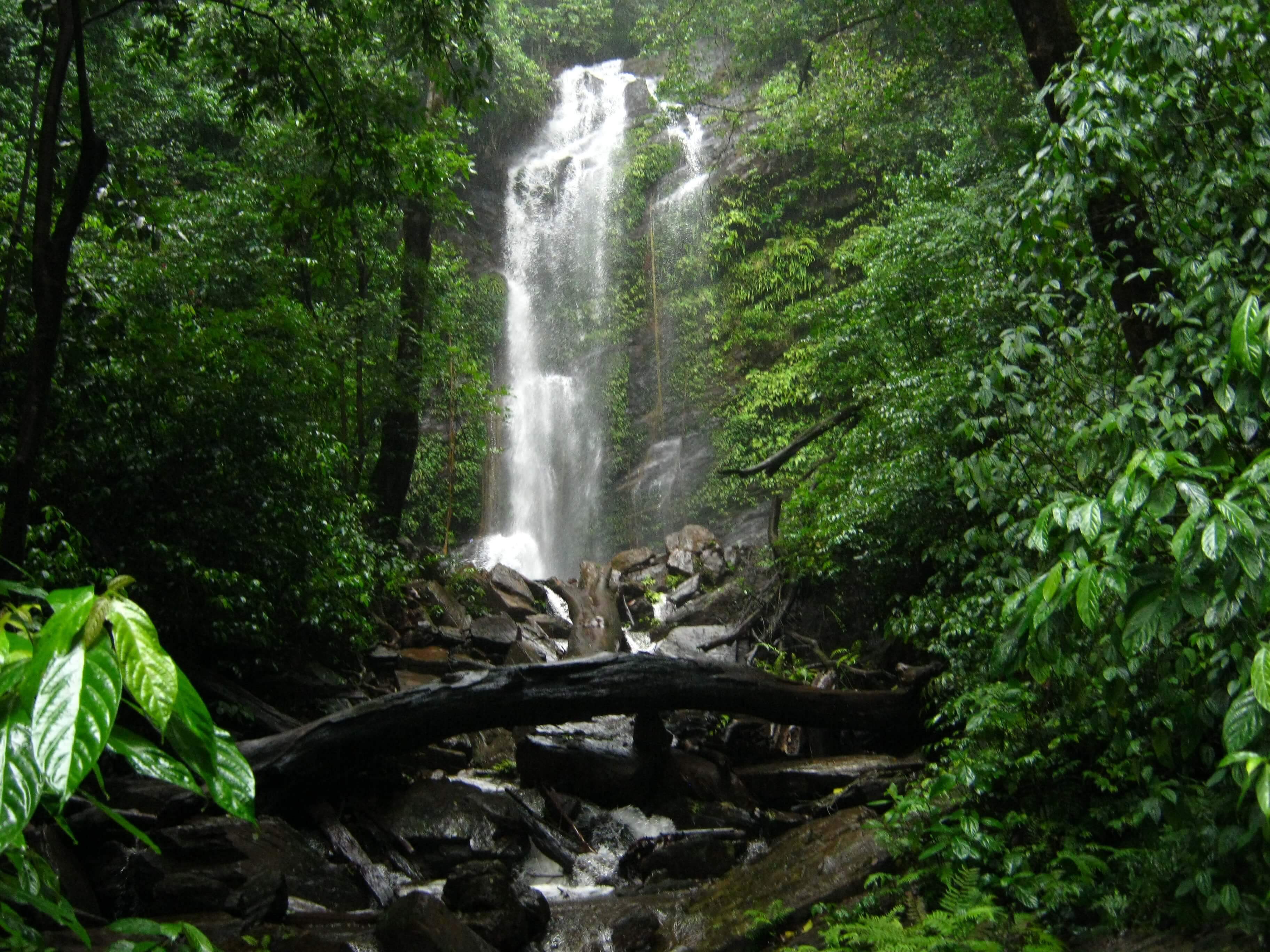 Deep in the heart of the Mookambika National Park, the Kodachadri mountain peak is a hotspot of biodiversity. About 400 km from Bengaluru, this highest peak of Karnataka has many waterfalls/streams and is famous among trekkers who love to push the boundaries. Hidlumane Falls being the most popular spot where one can trek through hanging bridges to explore the neighbouring forts and temples. Don’t forget to keep your binoculars handy, as the Shola Forest is a natural heritage site, and is home to endemic and endangered species, such as the Malabar pied Hornbill and Paradise Flycatcher. Since it lies by the Arabian Sea, you can end the day by watching the picturesque sunset into the ocean. Packages at Rs 3,600 upwards. Details: adventurenation.com
Tip: There are several deep gorges, especially in the ascent trail, do not panic and stick to the path for safety. 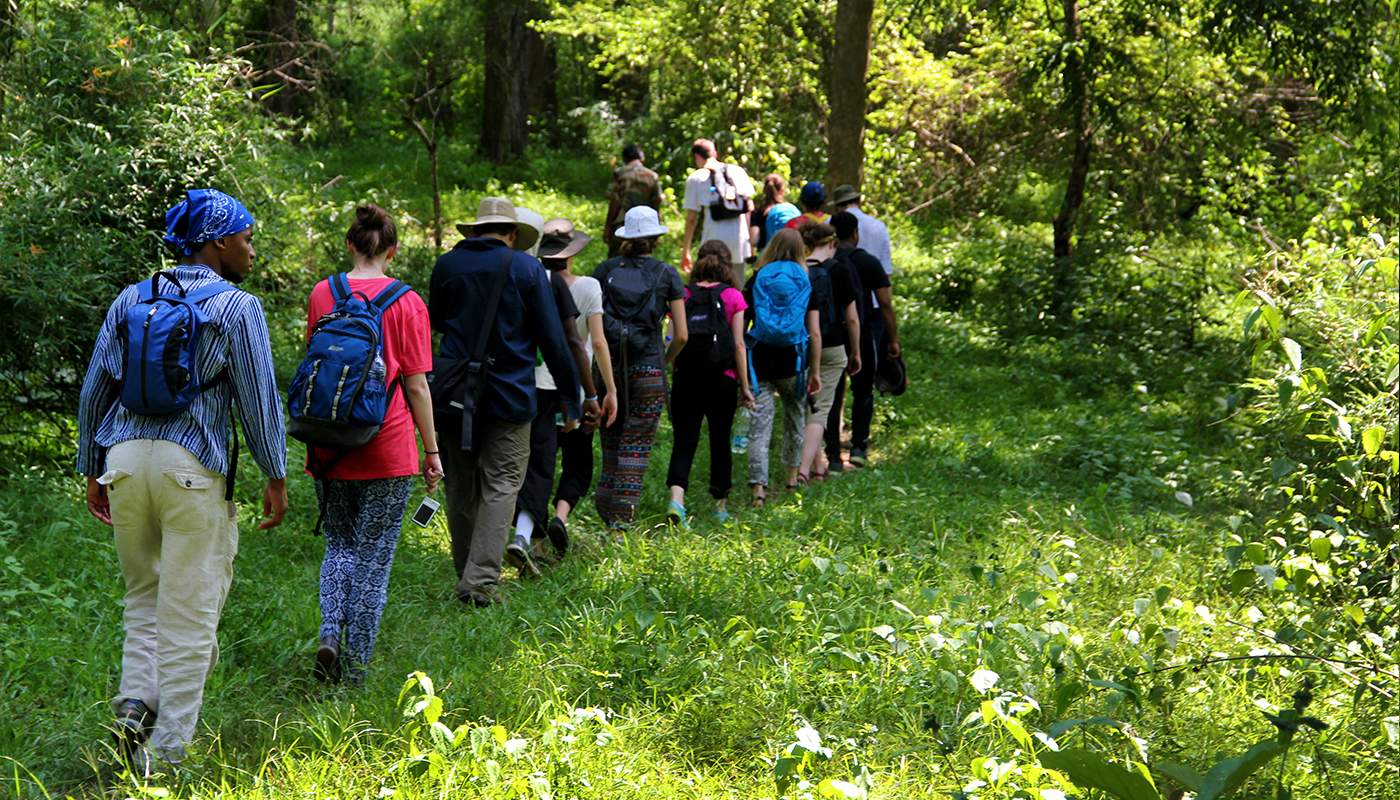 Explore one of the most protected areas of the Western Ghats via the lush green forest trails of Parambikulam. Famous for its bamboo and teak plantations, the reserve has approximately over 35 tigers and 140 leopards to spot. “Trekking during monsoon could be dangerous if not
accompanied by a guide from the forest department, as during the season it becomes hard to predict where to spot wild animals such as elephants,” says S Ramasubrahmaniam, conservator of forests, Coimbatore. While the bear path trail covering 19 km lets you track the marks left by sloth bears, the six km pug mark trail promises the excitement of tracking the big cats. Treks from Rs 800 onwards. Contact: 09442201691
Tip: Invest in a good pair of trekking shoes as the topography is likely to be slippery during the rains. Rs 2,000 onwards. Details: decathlon.in

Not everyone is cut out for physically demanding outdoor monsoon activities. But there’s an all-inclusive venture where people can experience the rush of being strapped to a harness, several stories high, to whizz by on a steel cable at roller-coaster speeds over lush tea estates. Just make your way to Pozhudana (near Vythiri), where the folks at MuddyBoots have set up Kerala’s longest zipline. “This entirely gravity-driven, 300-metre-long zipline has the spectacular 6,000 ft high Amba range as its backdrop. It guarantees a 360-degree view of the area with dark grey clouds and blue skies adding a dramatic effect to your perfect monsoon selfie,” claims director Pradeep Murthy. Zipline from Rs 250 onwards. Details: 9544201249

Tip: If you’re letting your kids on the zip line, remind them to never panic. Additionally, assure that they always wear weather-resistant gloves. Rs 1,200 onwards from myntra.com 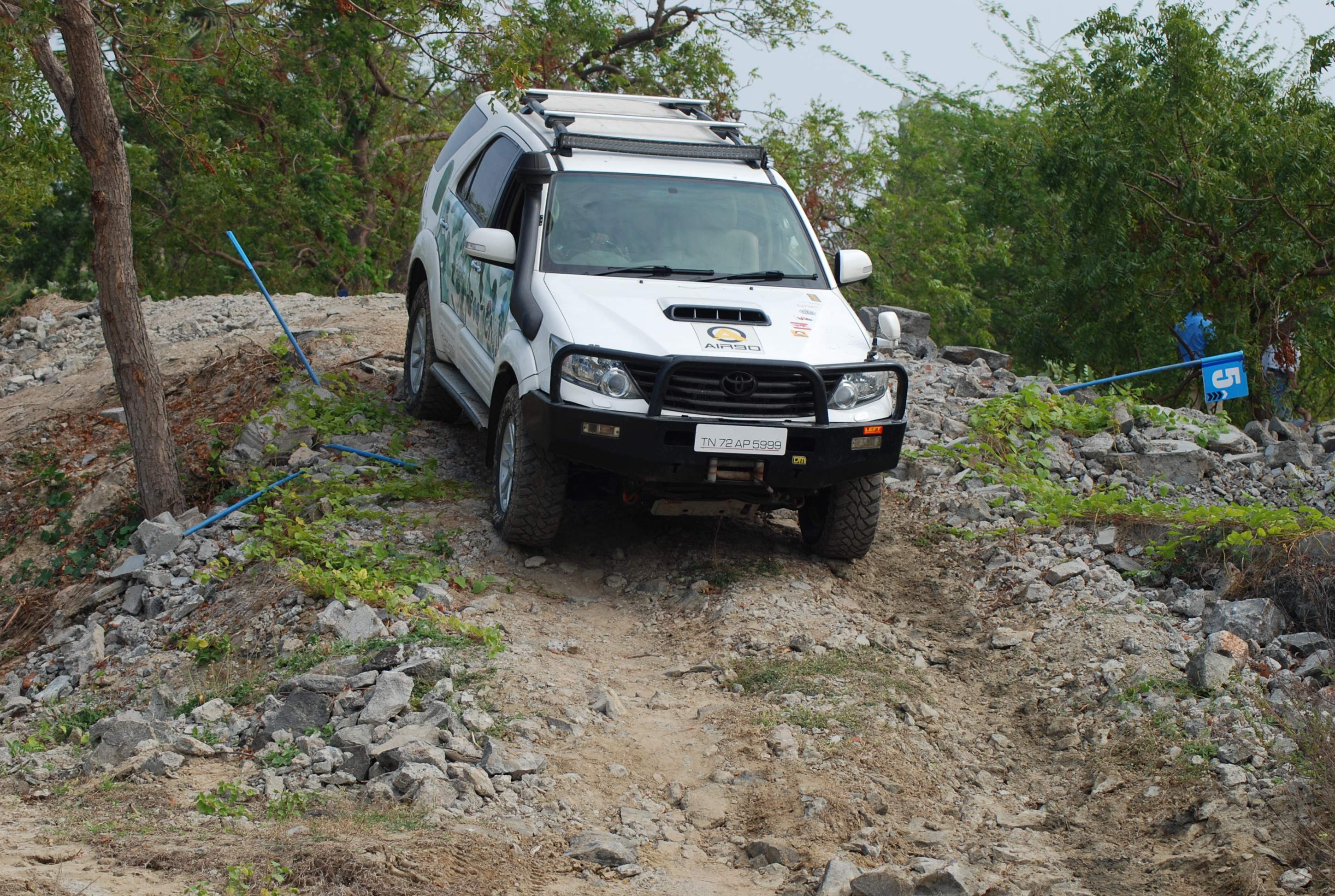 Chennai-based Terra Tigers have had a notable decade-long presence in the off-roading circuit. Now the ensemble—which raids the Palar river bed to conduct the Palar Challenge every September—is arranging off-roading sessions (for groups of 30 participants) for those who cannot wait to hit the dirt. “The spot is ideal for off-road drives as there is a stretch of sand quarry that runs over 100 kilometres, where we can ride our vehicles at our disposal, preferably classic 4x4s, Mahindra Thar or Toyota Fortuners,” reveals Arkaprava Dutta, one of the core members onboard. Approx. Rs 3,000 per vehicle.
Details: terratigers.in
Tip: Attend their regular workshops at Kilpauk, Chennai, and learn how to modify your vehicle for the perfect off-road experience.