London, May 23 (IANS) American singer Ariana Grande says she is "broken" following a suspected terror attack at her concert in a stadium here. At least 19 persons were killed and 59 injured in the blast, media reports said. "Broken from the bottom of my heart. I am so sorry. I don't have words," Ariana tweeted on Tuesday.

Police were called to reports of an explosion at the Manchester Arena at about 10.35 p.m. (local time) following the pop concert, the BBC reported.

Sources said that while the cause of the blast in unknown, the North West Counter Terrorism unit was treating it as a possible terrorist incident.

There was a second suspect device near where the first explosion occurred. Reporters were moved away from the scene and a controlled explosion has taken place.

The area has been evacuated while authorities investigate the blasts. Emergency services and numerous ambulances were dispatched to the stadium area, where some 20,000 people were on hand to see Grande perform.

Some of the concert-goers uploaded videos to the social networks showing people fleeing the area and screaming after the blasts.

Train service was suspended at Manchester's Victoria Station, which is next door to the stadium, and all transport lines were reportedly cut by the authorities after the incident.

Although the explosions sparked screaming and panic among the concert crowd, a spokesman for the singer said she was not hurt. 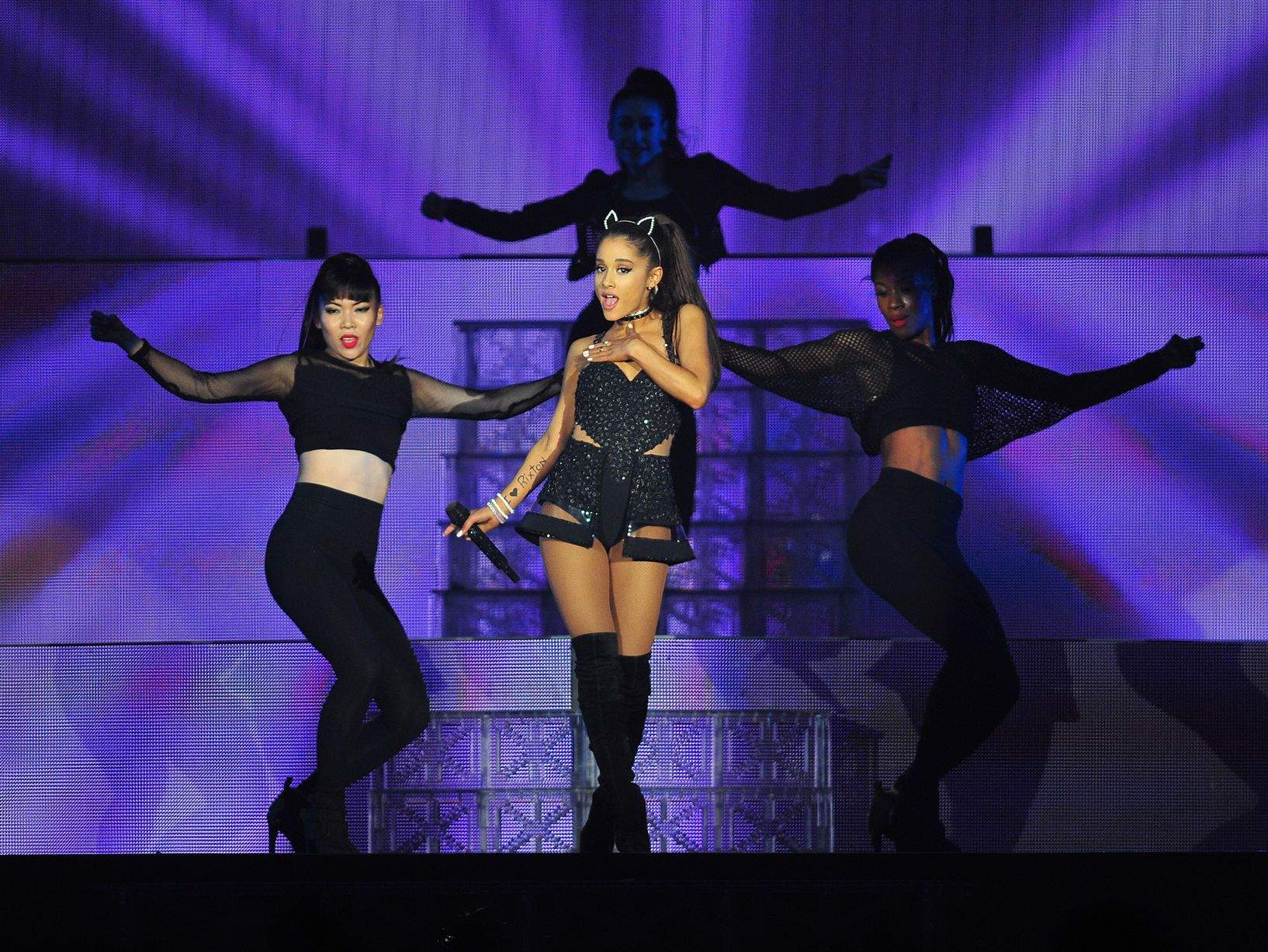 Earlier, British Prime Minister Theresa May condemned the "appalling terrorist attack" that killed at least 19 persons and wounded 59 in Manchester stadium in the north of England, following a concert by singer Ariana Grande, May expressed condolences to the victims and the families of those affected, and confirmed that the police were treating the incident as a terrorist attack, Efe news reported.

"We are working to establish the full details" of what happened, May said in a statement, after an explosion created panic during the end of the American singer's concert at Manchester Arenan attended by some 20,000 people.

May will chair an emergency Cobra meeting on Tuesday following the blast. Downing Street said it was expected to take place at around 9 a.m.

Police were called to reports of an explosion at the Manchester Arena at about 10.35 p.m. (local time) following the pop concert. A spokesman for the singer confirmed she was unharmed, the BBC reported.

The attack occurred less than three weeks before the general elections in the UK, scheduled for June 8. British Labour Party leader Jeremy Corbyn also sent his condolences to the victims.

"Terrible incident in Manchester. My thoughts are with all those affected and our brilliant emergency services," the opposition leader said on Twitter.

For his part, the liberal Democrat Party leader Tim Farron condemned the "horrific" attack "targeting children and young people who were simply enjoying a concert."

"My deepest sympathies are with the victims, and with families who have lost loved ones, as well as those desperately waiting for news," Farron said.

Manchester City's mayor Andy Burnham also expressed his condolences to the victims of the blast at the Manchester Arena, saying that it was "a terrible night for our great city."

"Things are ongoing. Greater Manchester Police is keeping me updated. Please follow them for latest and look after yourself and those around you tonight," he added.

A controlled explosion was carried out on a second suspect device but police later said it was abandoned clothing Rail lines blocked at nearby Manchester Victoria station.

Scottish First Minister Nicola Sturgeon said: "Heartbreaking news from Manchester. My thoughts are with all those who have lost loved ones or been injured in this barbaric attack.

The North West Ambulance Service updated the number of injured to 59. Hopkins said: "We are currently treating this as terrorist incident until we have further information. It is important that people avoid the area around Manchester Arena."

Police have set up an emergency number for those affected by the explosion, or those concerned about friends and relatives. It is 0161 8569400. 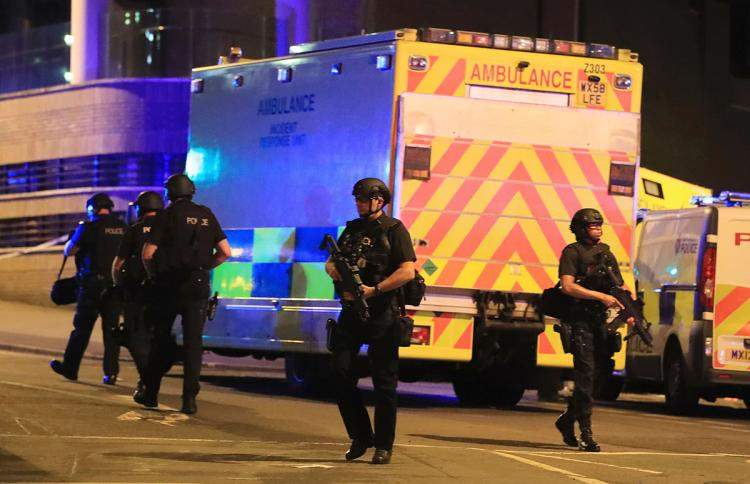 Prime Minister Narendra Modi on Tuesday strongly condemned the terror attack in Manchester, England, during a pop concert by US singer, in which 19 people were killed and over 50 injured.

"Pained by the attack in Manchester. We strongly condemn it. Our thoughts are with the families of the deceased and prayers with the injured," Modi said in a tweet.

Modi's remarks came after a terror attack in a stadium in Manchester, following a concert by American singer Ariana Grande.

At least 19 persons have been killed and 59 injured in the attack.
Manchester Arena, formerly known as the MEN Arena, is the biggest indoor venue in the city with a capacity of around 18,000 for concerts.