It can't  be easy trying to concentrate on things — especially earth-shattering matters such as of saving the world, no less — when you have Wonder Woman breaking into a giggle at the sight of your costume. As it turns out, that’s exactly how the shoots proceeded, on the sets of director Zack Snyder’s Justice League, based on the DC Comics superhero team, and the fifth instalment in the DC Extended Universe.

In Justice League, Batman and Wonder Woman team up with Flash, Aquaman, and Cyborg to honour Superman after his death, and to save the planet from Steppenwolf’s army of Parademons. While the fan world remains in a tizzy over the events of 2016’s Batman v Superman: Dawn of Justice, we got the rest of the gang to speak about their experiences — in and out of costume.

What was it like to reunite with director Zack Snyder after working with him on Batman v Superman: Dawn of Justice?
Gal Gadot: Zack is a dear friend, and I have a lot of love and respect for him.  He was the first one to believe in me and give me this huge opportunity. I had actually been thinking about quitting acting and, at the last moment — right before I was about to throw in the towel — Zack cast me as Wonder Woman in BvS. I will never forget it. He’s a fantastic director, and I really enjoyed working with him on both projects. 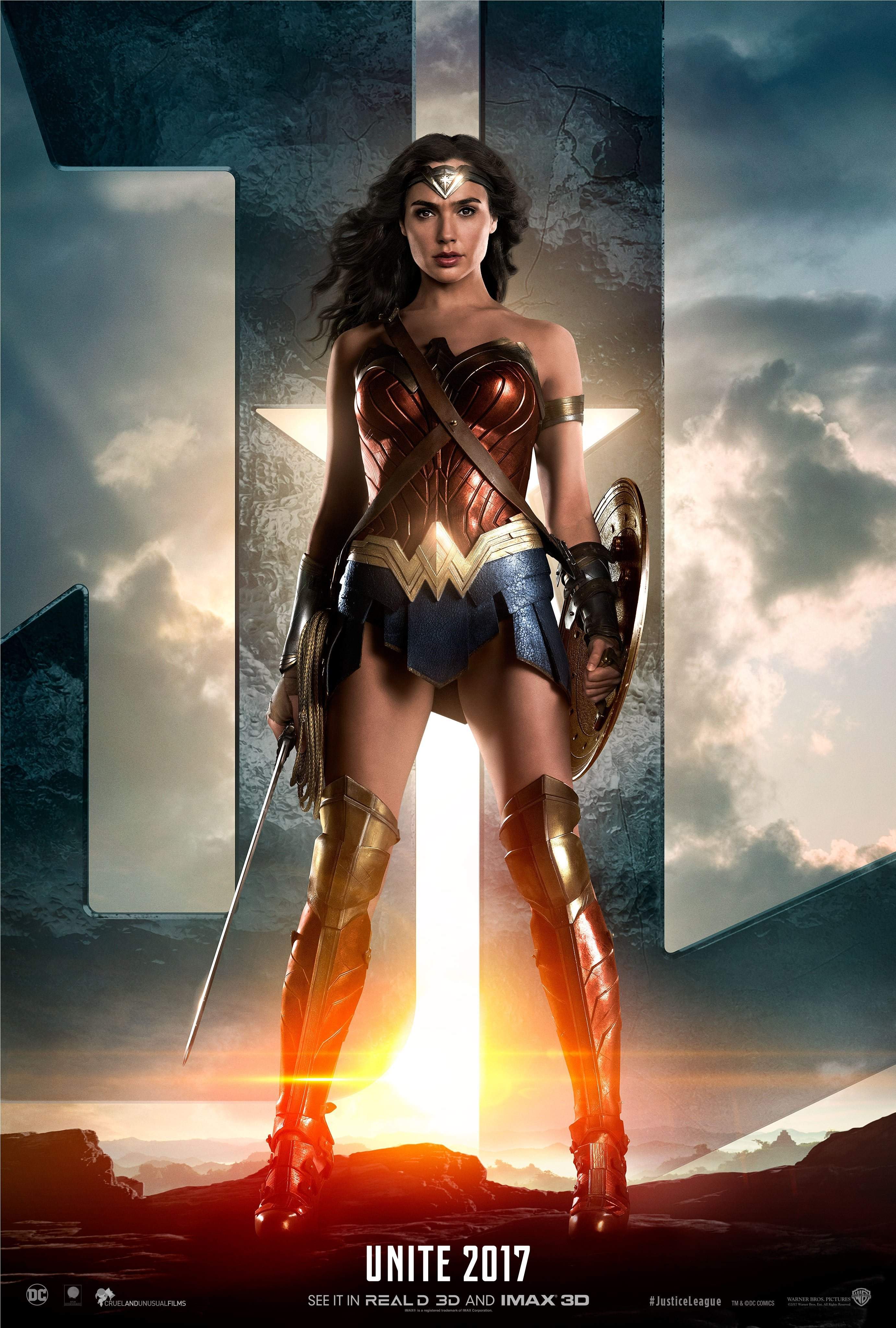 What are the stakes in Justice League?  What motivates Diana to join forces with Bruce in this team of superheroes?
GG: Diana realises that the end of the world is coming, and she knows that the only way to protect it is by doing what was done before, the last time the planet faced this type of threat — and that is to have everyone fight together as one.  She understands that the only way to save the world is to recruit this team of superheroes and get them together.

What is the dynamic like between Wonder Woman and Batman?
GG: Both of them understand that the stakes are high, and both of them want to save the day.  They have some disagreements along the way, but, eventually, they find a way to collaborate and work together in the best way possible.

All five heroes have epic special abilities, but Wonder Woman stands alone in many ways.  What does she bring to the League?
GG: She brings the heart. She cares for everyone in general and definitely cares for each member of the League.  In the beginning, she does worry that they’re recruiting people who have no real experience, asking them to risk their lives in order to save the world — something that’s highly dangerous — which none of them has ever even attempted before.

Diana, in a way, is the glue that binds the League. She tries to find ways to help each of these people, at different times, to feel stronger, capable, loved, and ultimately, to believe in themselves.

Do you recall any fun moments?
GG: The most memorable moment for me was the first time we all stepped onto the set in our costumes — I was laughing all the time because it was so surreal [laughs]. We would be shooting these VERY intense scenes, and I would get a glimpse of someone in their costume, and just begin laughing!

And did you have a favourite costume?
GG: Oh, mine, for sure [laughs]! By far.

What do you hope audiences experience when they see Justice League?
GG: I hope they enjoy the movie, and the dynamic of the League working together. It’s a wonderful group of actors, and they all bring unique qualities to their characters. So, I hope the audience feels like they’re part of the team and will come along for the ride!

Why do you think the Justice League resonates with generations of fans?
Ray Fisher: The League continues to resonate because of the kinds of stories being told, and what these characters represent. In addition to having cool superpowers, the Justice League is like a contemporary iteration of the gods of Greek mythology.

Were you ever a fan?  Did you follow that world or is this all new to you?
RF: I didn’t have comics growing up, but I became a huge fan of these characters from their cinematic versions. I watched just about every comic movie and animated series in the 1990s, and the past decade.
When I was cast in BvS, I was sent a stack of comics. They provided a ton of information about Cyborg, and how he evolved as a character. It was cool to see so many different representations, and it gave me license to interpret him.

What do you hope audiences will take away from the film, and Cyborg’s role?
RF: I’d like the takeaway to be the idea of unity – that people of different backgrounds and experiences can come together, and do what’s right for the world

.With my character, I hope they see that despite undergoing a terrible accident, he turned that into something positive by helping others. Victor rebuilds himself mentally, the way his father rebuilt him physically. It won’t be easy, but he will do it!

That’s an important takeaway for the character — giving people hope, and showing that no matter what the hardship, anything is possible.

How much did you know about the Justice League or The Flash?
Ezra Miller: I’ve been a big comics fan from a young age. Conveniently, I read a lot of DC as a tyke. I’ve always loved the terror and villainy in the DC universe. I was into Batman and wore a foamy Superman suit around the house for a few months.  I also put a lot of time and energy into writing and drawing comics — I had a whole series about three elderly women who were assassins, which was called, ‘I’m Getting Too Old for This’. I even invented a superhero called Super Pig, who was a chameleonic swine of sorts. My nanny has a collection of Super Pig merchandise that I’d handmade, including shirts, action figures and comic book drawn with one crayon [laughs]. I was a one-man studio. Comics were an accessible mode of storytelling that I could tap all on my own. They were really key for me, from kindergarten on.

I wasn’t a particularly big reader of The Flash, but I recall that as a youth, when I’d be running around, I’d often get ahead of myself and as a result, I’d pull what my mother called the ‘face plant’ — of me taking a full nose-dive into concrete, potholes, other children… you name it. It was a perilous tendency. So, I feel the role of The Flash dwelled within me, even then.

When my parents took me into the city as a youngster, I’d always beg to go to a well-known comic book store called Forbidden Planet. I just wanted to live there, in the store, but also in the stories that rested on its shelves. And I do, in a way, get to live part-time in that dimension — the comic realm. We all have access to that.

What went through your mind when Snyder approached you to reinvent this iconic superhero?
Jason Momoa: It was a bit of a mystery, as when I went in for the audition, he wanted me to read for Batman – and Ben [Affleck] had already been cast in the role by that point. So I knew something fishy was going on, and

I read the lines with a lot of attitudes like I didn’t care [laughs]! Then Zack said to me, ‘Do you know who I want you to play?’ I said, ‘Oh, yeah, I’ll be a villain or a bad dude who comes in and fights Batman — sounds like fun.’ He said, ‘I want you to play Aquaman.’

I was just standing there, kind of in shock. All I could think of was the traditional Aquaman from the comics — who is white and blonde and wears the orange and green costume.  I thought he had to be joking… but Zack had this look on his face. He said, ‘Hear me out,’ and told me that he wanted Aquaman in this film to be an outsider, along with the lines of Clint Eastwood’s character, the Outlaw Josey Wales. I could identify with that. I liked that Arthur is half-Atlantean and half-human, and was really interested in the idea of him being a brown-skinned superhero who’s a part of two worlds, but doesn’t belong to either one. That’s pretty special.  Also, I’m a Hawaiian, so Aquaman’s mythology resonated with me as we have water gods in our culture.  That’s why it’s an honour to play this guy.