Rain always brings elation, best experienced with a cup of coffee. This is why a sojourn to the coffee powerhouse of India located on the eastern slopes of the Western Ghats, Kodagu (or Coorg as the British called it) comes with exhilaration.

It would be right to say that the adventure started as I touched down in Bengaluru during a light drizzle and headed out onto the streets. It was interesting to see how the residents dealt with the city’s transformation from being the Garden City to the Silicon Valley of India with their humorous take on the suffocating roads. An RJ remarked to people calling in from their driver seats, “Take out a deck of card and play a game of patience,” as we headed out of the city.

The fat and lazy cows who go shop-hopping in the city were slowly replaced by hunky, rustic oxen being led to work as the landscape took curvier forms. Slowly, our conversations which were stuck on work and weekend parties also moved to our personal expectations about the destination.

The magnitude of awe was only heightened by the fact that we were headed to the heartland of Karnataka’s estates, which account for 71 per cent of the total coffee production in the country.

The sun hardly peeps out from behind the blackened clouds as we zoom past the famous silk factories of Mysore, the sugarcane fields of Mandya, the Buddhist prayer flags at the Tibetan settlements of Bylakuppe, and puff our way up the hillscapes towards Madikeri, the much-known tourist hotspot in the district.

Munching on beans
The long 250 km drive reached Taj Madikeri, located roughly six kilometres from the crowded town. We stepped into the spacious and warm foyer after being ‘baptised’ with water from the Kaveri river.

The plush interiors open to a wide terrace perched 4,000 feet above sea level, offering a magnificent vista of the rest of the property—180 acres of sprawling rainforests interspersed with meadows. Freshly invigorated by the showers, the colours of the arboreal cover couldn’t be dulled by the rolling mist.

The luxury property—consisting of 83 cottages and five restaurants—itself is scattered over the hillside, with half-naked in-house vehicles to drive guests around. Before we could digest the various emotions of the mist-laden woods, one of these machines arrived to drive us downhill to our coffee-inspired lunch. “You’re in luck. Although the untimely rains are cruel on the shrubs, we managed to get flowers,” the chef informed about how he incorporated the blooms into his cuisine. The meal starts with a bean-infused fiery drink, named after Baba Budan, the Sufi saint who’s said to have smuggled coffee seeds from Yemen into India in the 16th century.

The experience counted almost as a shower-dining experience with the rain pattering on the glass roof as the dishes flowed onto the table. Deepak’s experiments extended from using techniques borrowed from molecular gastronomy in the mango-coffee blast to serving smoked coffee flower with pumpkin and even using espresso and caviar dressing for a homegrown heirloom tomato salad.

“We’ve fused some wild elements from the property in our recipes to make the encounter a unique experience,” we’re told, as we dug into the lamb shank rubbed with perky coffee and served alongside spicy green pepper jus.

Trending culture
There’s no overindulgence in coffee when in Kodagu. A short break away, we found ourselves by the infinity pool for a tasting session curated by Sushant Dash, the Regional President of Tata Global Beverages in India. We were in to witness why the international player waited to capture the attention of the Indian hot-beverage lovers.

Though a true-blue South Indian who loves his filter coffee, it took some time for me to understand that the taste of the beverage is not just attributed by the freshness of the harvest from the hills. 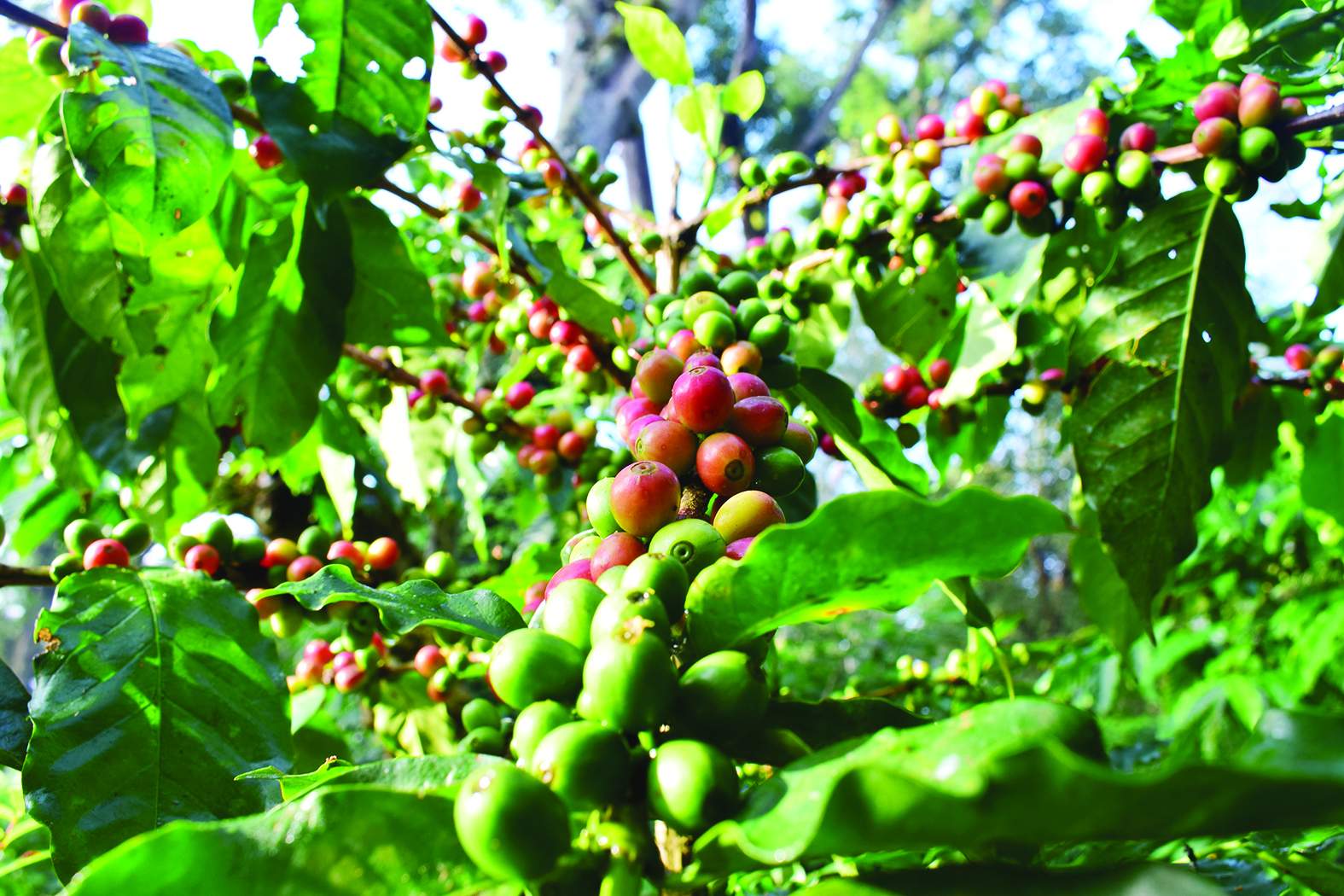 “The flavours tend to get lost in processing when it comes to spray drying(a common technique used in processing bean). Although expensive, we are pioneering a technology called freeze-drying in India to introduce premium beverage to the zealous South Indian consumer,” Sushant informed us, as he went on to narrate the tales of over 18 months of research across five states to understand specific tastes.

If it’s up to me, I’d quip in that Tata’s new milder, aromatic version is devoid of the overbearing intensity introduced to city-dwellers by vending machines. Sushant believes that the experimental Indian millennials will embrace the coffee habit, much like UK and China which were traditionally tea-dominated markets. I cannot but agree with him.

Story of a cuppa
The best of Kodagi hospitality is experienced in our stay at one among the five luxury abodes in the plantation. 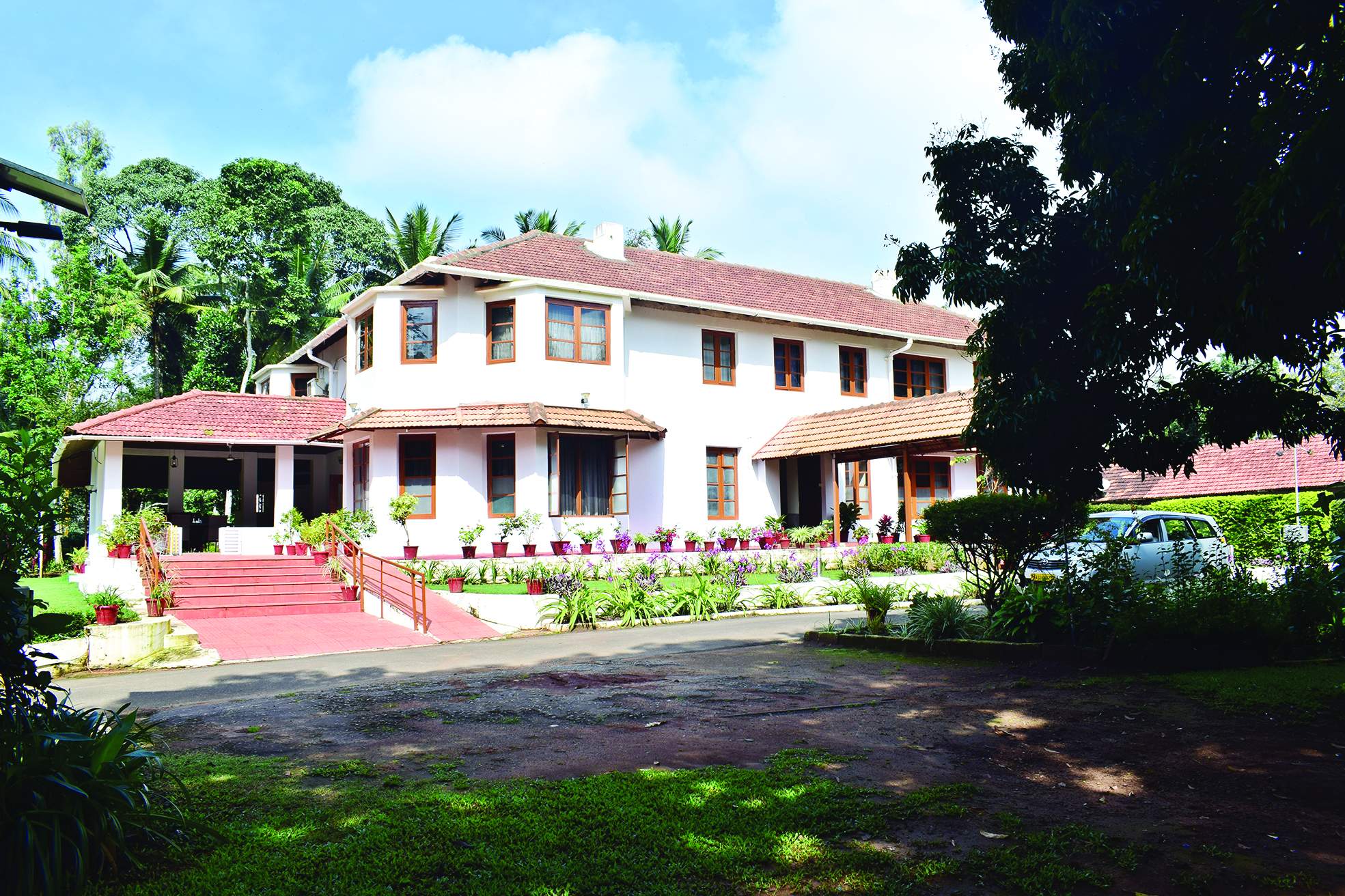 After having lost our way in the thickly wooded coffee forests and reaching Thaneerhulla Bungalow—located at Pollibetta in Cottabetta Estate located 40 km from Madikeri—late on the previous night, I found myself waking up the next day to a Colonial hangover in the house comprising five stately rooms.

The rather loud calls from a multitude of birds pulled me out of my bed and onto the tractor-trails within the plantations. Among the dew shining in the light dispersed through the sheen of the silver oak trees, I spotted Giant Indian Squirrels scurrying through the pepper vines.

After a few turns when I thought I had lost my way, one among the 8,000 labourers (who was interestingly entrusted to chase away monkeys from the ripening berries) came to my rescue. The day’s plan was to go deeper into the sprawling estate that runs upto 5,500 acres which grow a mix of 40 per cent Arabica and 60 per cent Robusta breeds.“Our plantation is divided into blocks, with each one harvested and collected separately so we can trace each bean to its origin,” Plantations Head M B Ganapathy enlightened us, as we were guided through the thickets on a safari vehicle.

If figures don’t make sense to you, Ganapathy’s information that they have enough water resources to keep the entirety of Bengaluru running for three days would make you realise the extent of sustainable management practised here.

Another interesting revelation was that the shade-grown-coffee plantations housed about one million trees making it a carbon negative production setting. Nothing more needs to be said on why I was reluctant when it was time to hit the road back to the city. Filter coffee
Launched in Tamil Nadu, Karnataka, and Kerala in 2017 with a special coffee and chicory ratio designed to suit the taste of consumers in each state. Soon to be launched in Andhra Pradesh and Telangana. 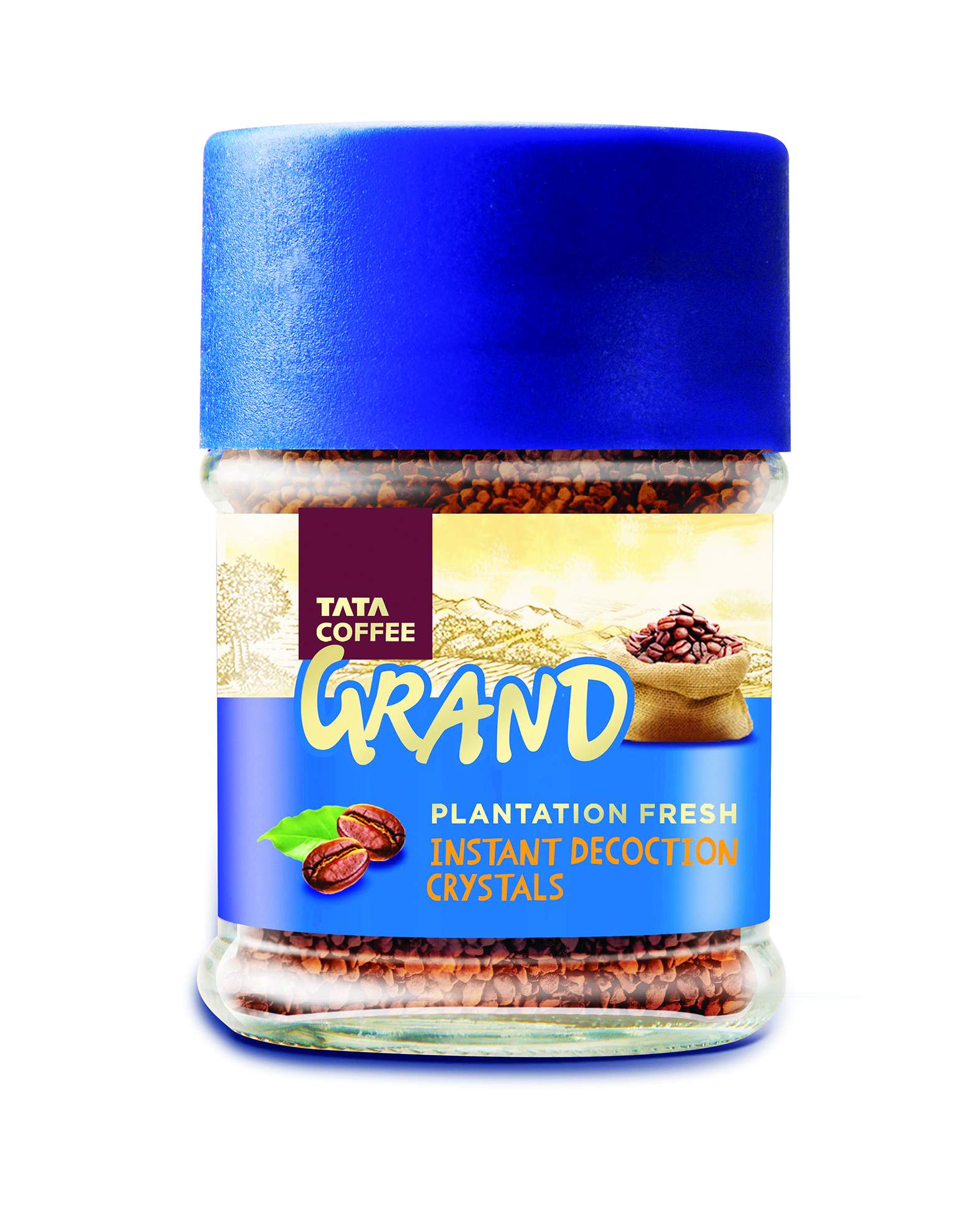 Exotic home
Plantation Trails offer a getaway for both lazy daisies and adrenaline junkies. Opt for a bonfire and barbeque on a chilly night or ask for a guided birdwatching tour to spot birds like the Oriental White-eye. A visit during the harvest season can earn you a first-hand coffee picking experience. Foodies can look to indulge in native cuisine which is famous for the pandi (pork) curry cooked in locally-made black vinegar with dishes like paputtu. `7,000 onwards. Details: plantationtrails.net