The rickety three-hour drive to Bidar from Hyderabad didn’t quite prepare me for what the next five days had in store for me. I visualised a sleepy little town with one of the country’s most interesting and intricate handicraft forms, mastered by craftsmen over generations, to be passed over to more to come.

When I entered Bidar and went through the little gullies and lanes, the soaring Chaubara Tower, the historical Gurdwara Nanak Jhira Sahib and the beautiful ruins of the Mahmud Gawan Madrasa played hide and seek with the tall trees and sloppy terrains in the background. It was like a page out of a William Dalrymple novel that I didn’t want to put down. The craft Bidri gets its name from the town Bidar in the north-eastern part of Karnataka.

The craft originated in ancient Persia (in the 14th-15th century, considered an amalgation of cultures from Turkey, Persia and Arabic countries) and was brought to India during the Bahamani rule in Bidar. In Persia, gold and silver were inlayed on steel or copper, while in Bidri work, zinc is the primary metal used. All set for my workshop, the next morning I visited the smaller lanes near the madrasa and almost the entire lane was dotted with modest little Bidri stores where the artisans, young and old were engraving and hammering the silver wire and sheets into their creations. By the look of it, I didn’t realise the different layers and stages of process that each piece of Bidri ware goes through. While discussing my concepts and designs with the master craftsman and ‘Shilpaguru’, he took me through the seven-stage process of Bidri and explained how over a week’s work goes into the smallest piece, as the process has to be followed meticulously. 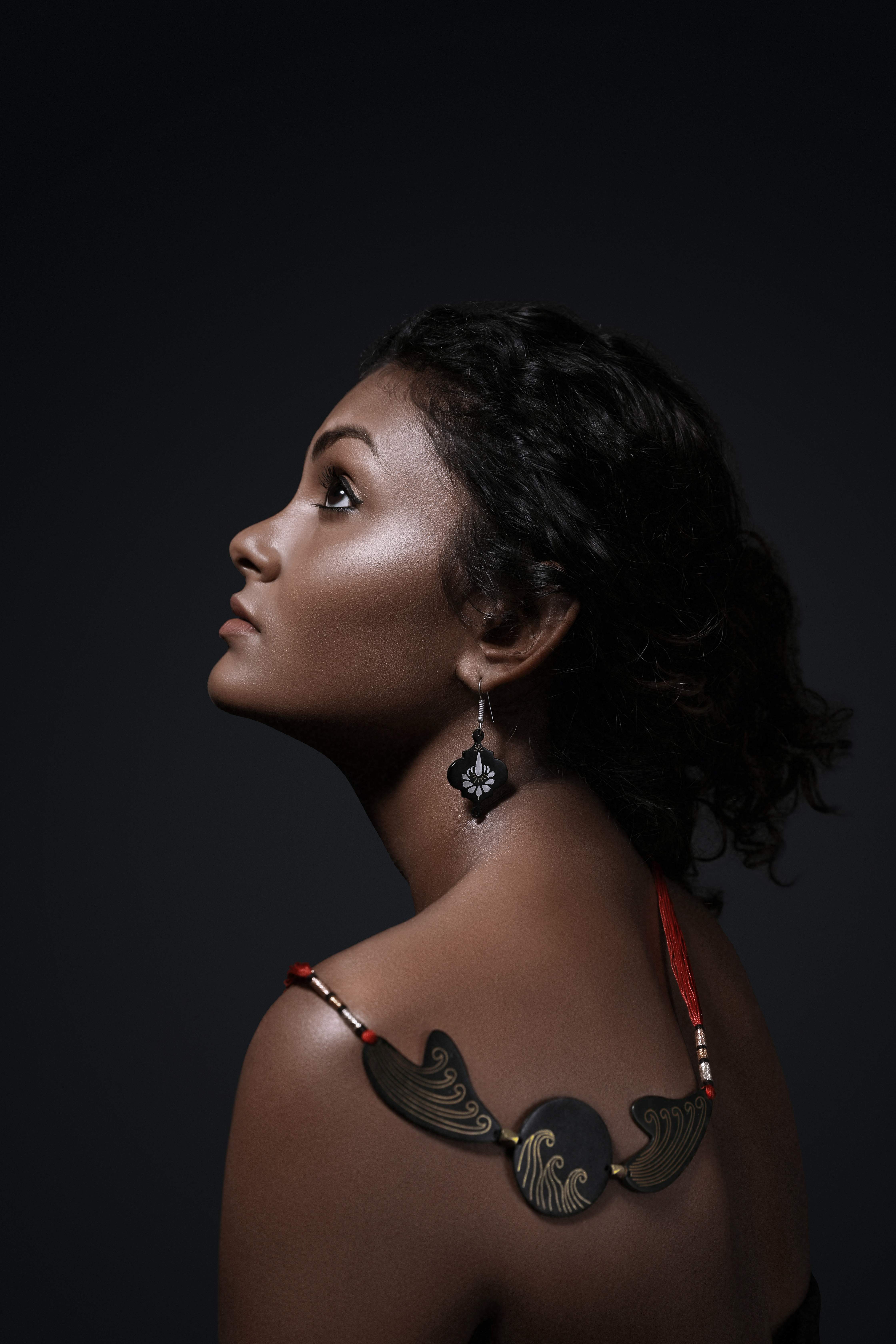 Past forward
The 58-year-old Rauf ji, referred to as such in deference, has been been practising and mastering Bidri craft for the past 50 years. Sitting outside his store and workshop, I take him through my designs and plan for the workshop in the coming days. Observing some of the designs, he talks to me about the transition the craft has made from vases, hookahs and wall plates in the Persian and Mughal period to now bringing in utility products like card holders, paper clips and office stationery.

The one thing that hasn’t changed is the seven-step process, he tells me, but better tools have been introduced over the years to make it faster, and to get a better finish. Another concern, he points out, is the dwindling rate of artisans over the years. As he takes me through each stage of the process in his workshop, he explains how Bidri is done in different stages and the artisans are not involved in every stage. For example, there are stages like moulding and the person who does this is called a Moulder, who can also be identified as a Bidri artisan, though a Moulder need not know the other stages of the work like engraving and inlaying.

There are very few master craftsmen who can do all stages of work. The designing and silver sheet inlay is also a tougher process, which very few artisans know, hence reducing the artisan count further. At one point, there used to be over 2,000 expert Bidri artisans and today there are barely 200, he sadly points out. He says that the only legacy he would like to leave back for the younger generations is the will to keep trying something new, to keep adapting to modern requirements, and to keep the tradition alive — this is how craft evolves and how we can sustain it in the long run. 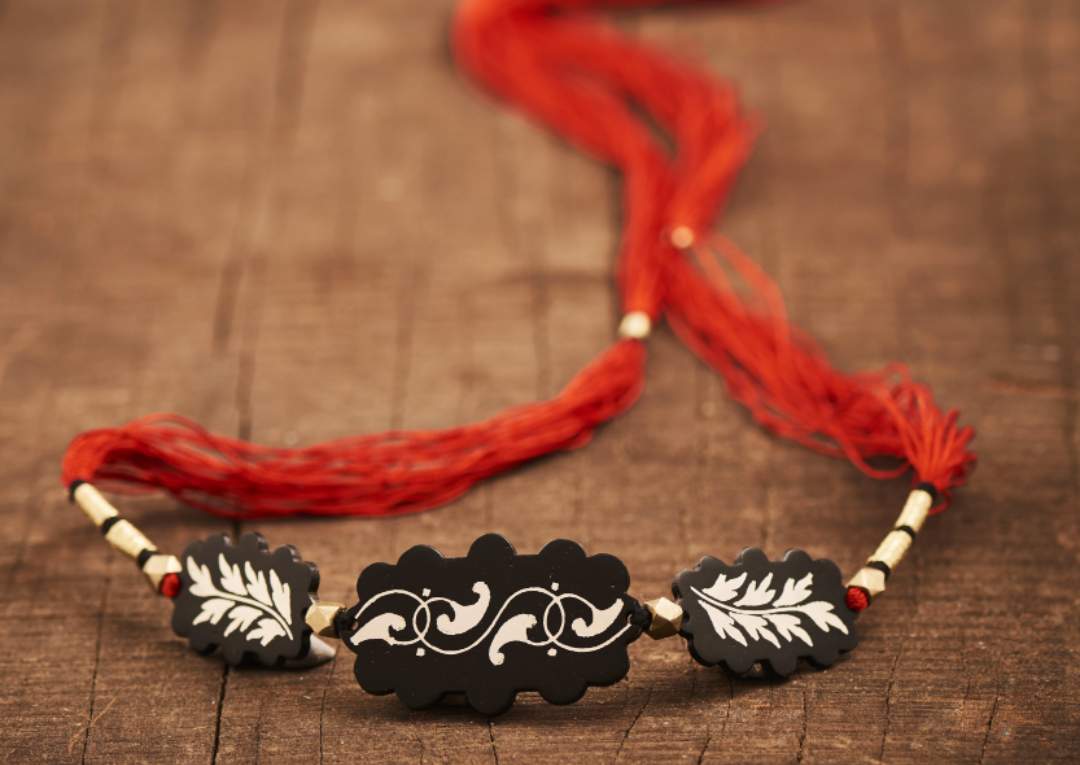 The mettle of Bidri

As I see my designs come to life, I’m told that the Bidri creations have traditional names according to the styles of creation. The inlay method or tarkashi is done using silver wires. Flower and petal motifs created with silver sheets is called Taihnishan. The Bidri process can be divided into casting and inlaying. A mix of soil, castor oil and resin is used to prepare a mould. In this, molten metal alloy of zinc and copper is poured. Depending on the product design, different metal casted pieces may need to be welded together to form one single product. Inlaying work is done by silver, brass or copper sheet or wire.

The most interesting and almost magical stage of this craft is the grand finale — the blackening process. For this, a special variety of soil available only in unlit portions of the Bidar Fort is used. It is said that the soil of the Bidar Fort is very special. Some artisans feel that the soil is away from the sunlight and rain for years, and therefore, it has great oxidising properties. Another interesting fact is that the quality of the soil is tested, by tasting it. The soil is now mixed with ammonium chloride and water to produce a paste, which is then brought to a boil, and the Bidri ware is dropped into this bubbling liquid — and magic happens when the paste selectively darkens the body while it has no effect on the silver, brass and copper inlay. 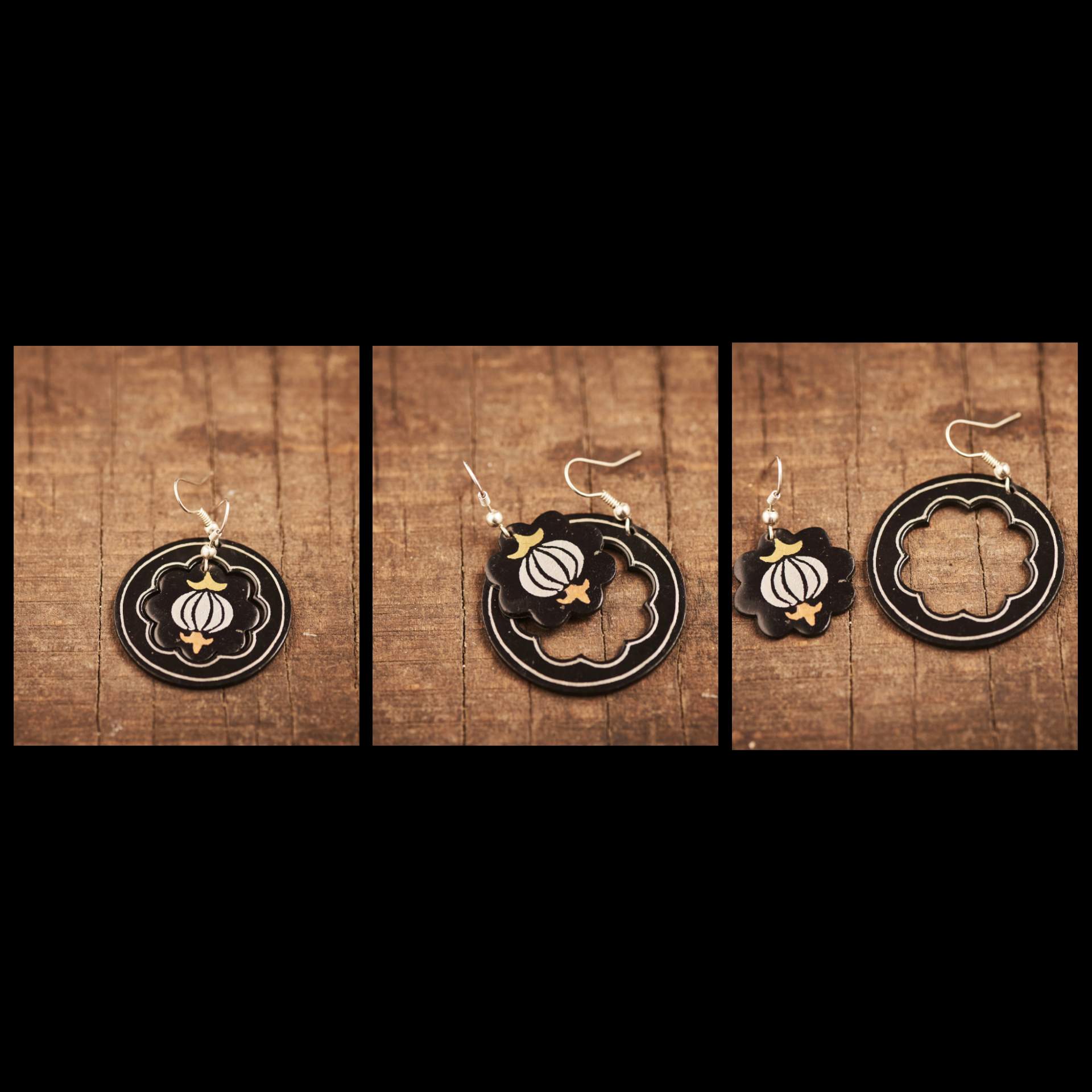 Matters of heart and soil
Another interesting person I met during my workshop was Amar Nath, a Bidri craft revivalist who has dedicated many years of his life to sustain the craft and create awareness across the country. While discussing the current state of the craft and the way forward, he tells me, “There are two major problems we face with Bidri —  there are very few artisans left who master the craft and give high-quality output to designers, and the other problem is that while there are government training programmes conducted by expert designers, there is very less awareness created about the craft and barely any repeat orders placed, so it’s mostly just a one-time affair. In turn, the artisans lose morale and sell their work for throwaway prices just to keep their households going.” He continues, “Look at how profitable Khadi Gramodyog has become, and has been doing great as there are orders for Khadi from government agencies, and there are outlets in every major city. We hope to see the same with Bidri someday soon.” 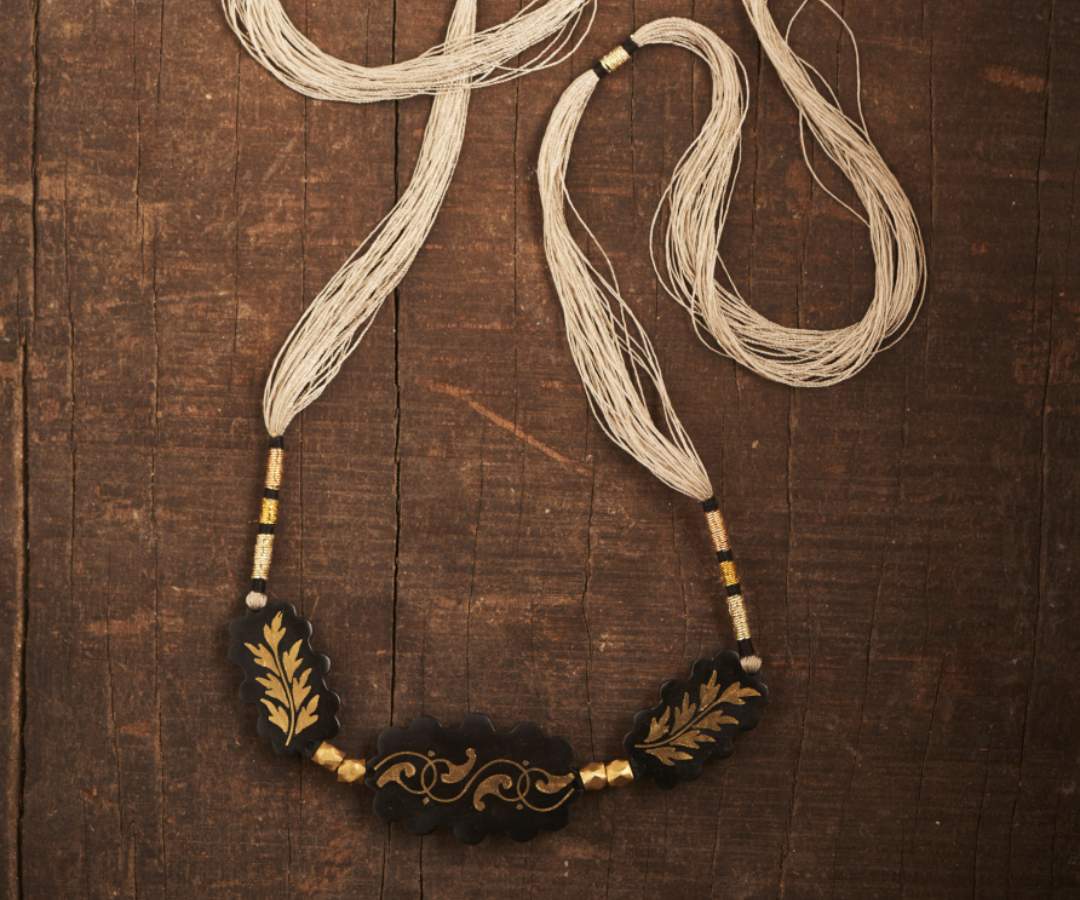 Wearing a piece of earth
I realise that we have a long way to go as far as awareness and the right market for our handicrafts are created, in and outside the country. There might be a few negatives, but the rocky terrain hopefully will lead to a smooth road someday. As Gita Ram, chairperson of the Crafts Council Of India explains to me, “The ‘unorganised’ handicraft sector in India is really just differently organised, with most of the artisans being self-employed or working in small establishments. The more enterprising ones have made the most of their mobile phones to communicate with their market. However, now with the GST regime, many of them find that they need to comply if they are to continue supplying to retail clients. It is going to be a difficult and confusing road ahead, and at the end of the road, they will spill into the ‘organised’ sector.”

In the past three years, I’ve had the opportunity to work with an assortment of indigenous craft forms — Dhokra and Pattachitra from Orissa, Toda embroidery from Tamil Nadu, wall mural art and Aranmula mirror work from Kerala, leather puppetry and lac turnery from Andhra Pradesh. Each workshop has been special, and taught me something new everyday. My recent Bidri workshop has been really fascinating on many levels, though. From mapping and drawing inspiration for each piece — from Mughal architecture across the country to trying out new design ideas and techniques with Bidri that haven’t been done before. With each piece, you wear a piece of history, culture and the innumerable stories of the artisans who create our jewellery. You wear a piece of earth.

Shop for Zola’s collections at zolaindia.com  Also available in the city at Amethyst Café, Chamiers and Sri Jugal Kishore Jewellers. 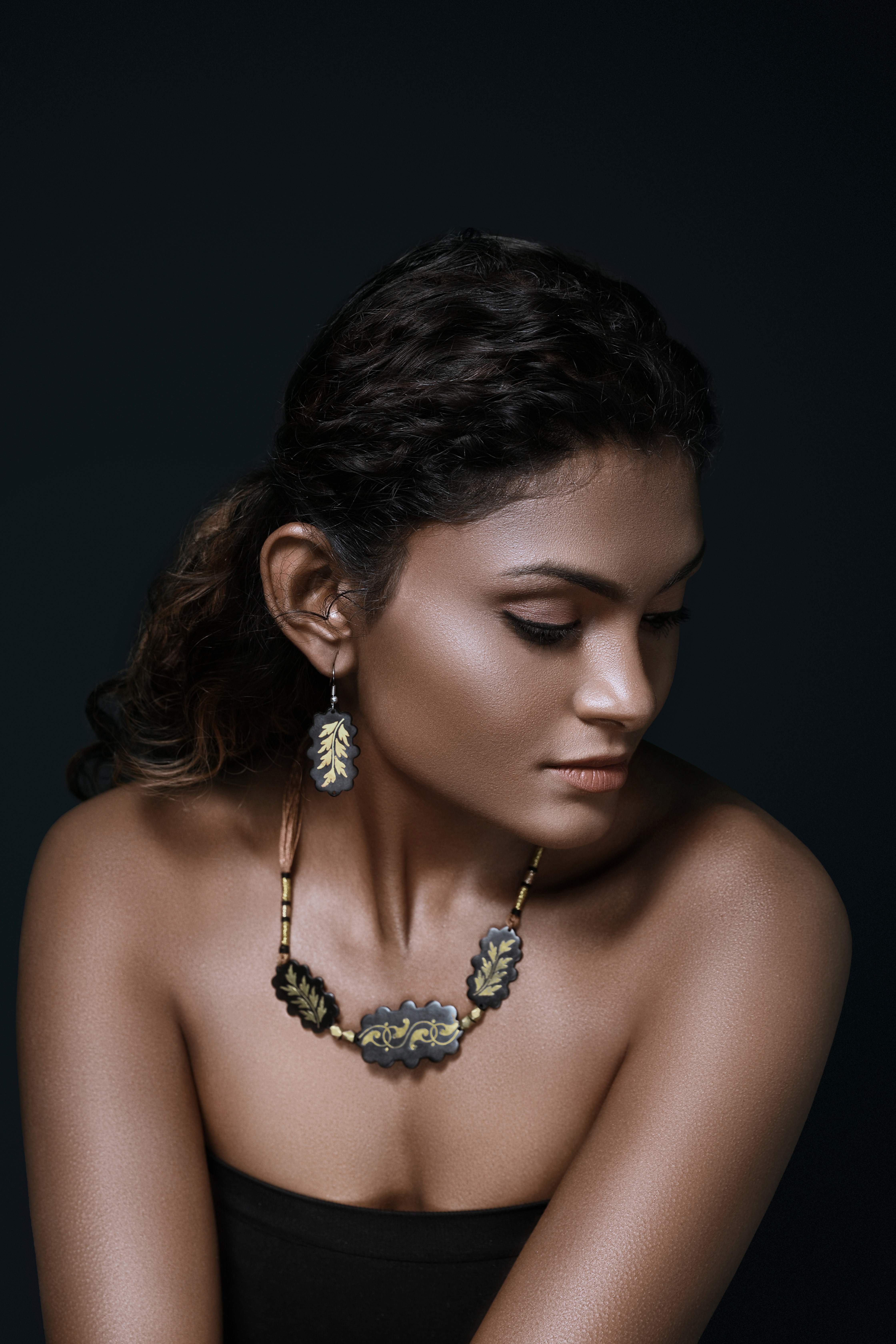