Songs of nature, wings of change: In the studio with Ricky Kej

The tag “Grammy-award winner” does appear to loom large over him, though musician and producer Ricky Kej conveys an effortless sense about himself, of being much more than just that.

As an environmental conversationalist and climate change activist, through his albums Winds of Samsara and Shanti Samsara, Ricky has rather successfully worked to create awareness about the planet and mother nature through the genre of world music.

And while you might not catch this homegrown musician on the radio stations or gigging over the weekends, we find that his work spans a larger and sustained endeavour to change things on a global scale. 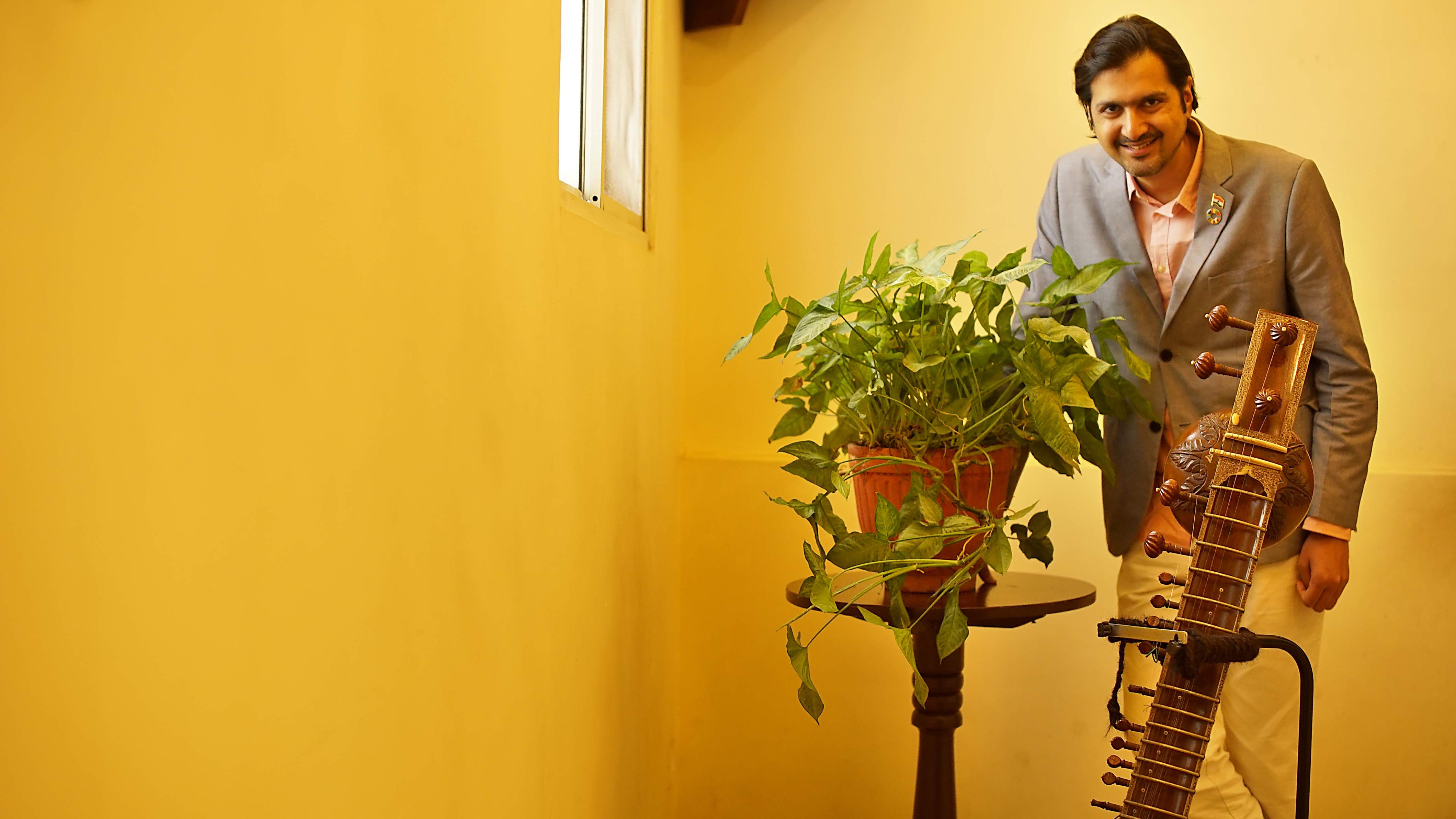 “I was always close to nature. I loved animals while growing up,” says the 36-year-old musician, welcoming us into his studio. Dressed in a gray blazer with a small Indian flag pinned to his lapel, he divulges how his love of nature and music streamlined into his career.

“The turning point in my life has to be when I met (Indian Prime Minister) Narendra Modi. He knew I’m an environmentalist at heart, so he told me to make music about it.”

While a lot of international pop and rock acts — Beyonce, U2 and Coldplay, to name a handful, notably support causes and charities, Ricky speaks of a certain dichotomy, observing that the music rarely has much to do directly with the cause. “That is why environmentalism has been the driving force in my life and my music,” he offers.

Ricky’s musical journey started with the rock band from Bengaluru, Angel Dust. “The indie music scene, unfortunately, is not very well known outside the circuit. It is commercial music that draws in the crowds. I also did a lot of commercial work, ad jingles, movie compositions. But even people who make such music don’t listen to it. Do you think Vishal Dadlani listens to Sheila Ki Jawani?” he poses. Not surprisingly, Ricky made the move away from commercial music early in his career. Catching the next wave
Ricky’s Grammy winning album Winds of Samsara was made in collaboration with South African flautist Wouter Kellerman. His next album, Shanti Samsara, is described as world music for environmental consciousness.

Songs such as Kudrat, Barakah, Rumi and Aimsir invoke diverse culture with slokas in Sanskrit, texts of the Saint Francis of Assisi, Turkish musicians, Native American flute music and more traditional forms. “We didn’t go the pop way, where I’d be reciting Zulu verses or something else. We went to authentic musicians from various countries and recorded them singing,” says Ricky. 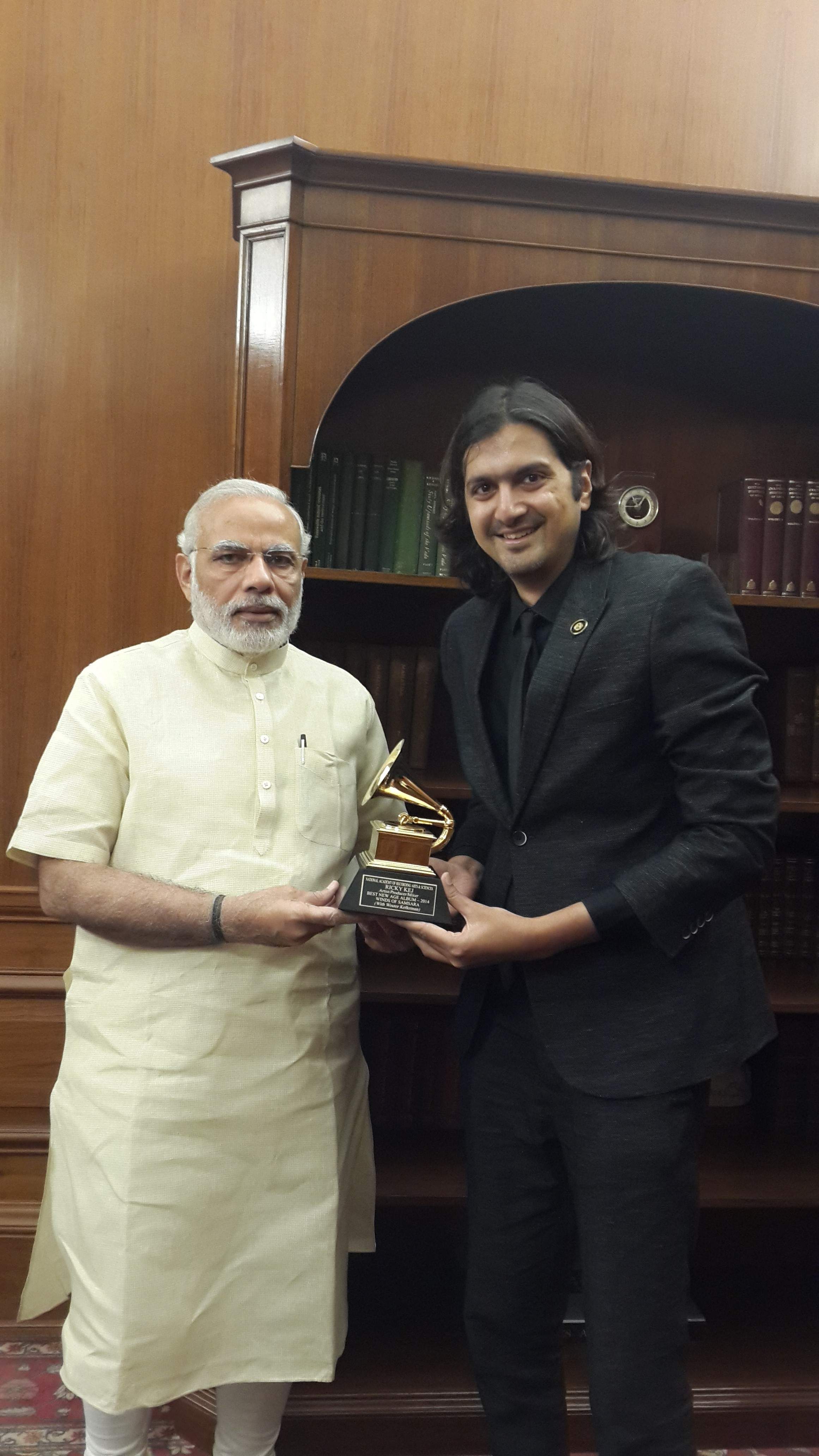 In late 2015, Shanti Samsara was launched in Paris at the United Nations COP21 conference, led by Narendra Modi and French President Francois Hollande. At the conference, Ricky heard the then president of the low-lying Pacific island nation of Kiribati, Anote Tong, speak.

The people of Kiribati live an idyll life close to nature, but they’re suffering directly due to global warming, and rising water levels. Tong gave a clear message to the dignitaries present, “Give us a proposition that will guarantee that our people will remain above the water.”

This had an impact on Ricky. He travelled to Kiribati with President Tong, to learn more about the problems that the island is facing.

Ricky’s efforts led to the upcoming  RoundGlass Samsara Festival in Bengaluru, which will bring together affairs of conservation, legislature and policy making along with music and the arts.

“I had spoken at the UN twice, and it is empowering to be speaking at the temple of democracy. I thought, why not recreate something like that here, and speak at our own symbol of democracy, the Vidhana Soudha. I think it will amplify the message. The government has been very supportive and open to this idea,” he says about the conception of the festival.

When it comes to policy making, Ricky offers, “There has to be a balance between short-term plans and long-term plans that focus on larger issues. We are a developing nation and we are still catching up to the standards of what the developed nations have achieved in the past 150 years.”

Flora and fauna for life
Born in the United States, Ricky is an American citizen. Thus, our conversation naturally drifts towards US President Donald Trump. “Obviously, I don’t agree with his stance on climate change. I have to say that he is making the issue of climate change more popular, without intending to do so. No one had heard of the Paris Climate Change Deal until he pulled out of it,” Ricky says, with some  humour. 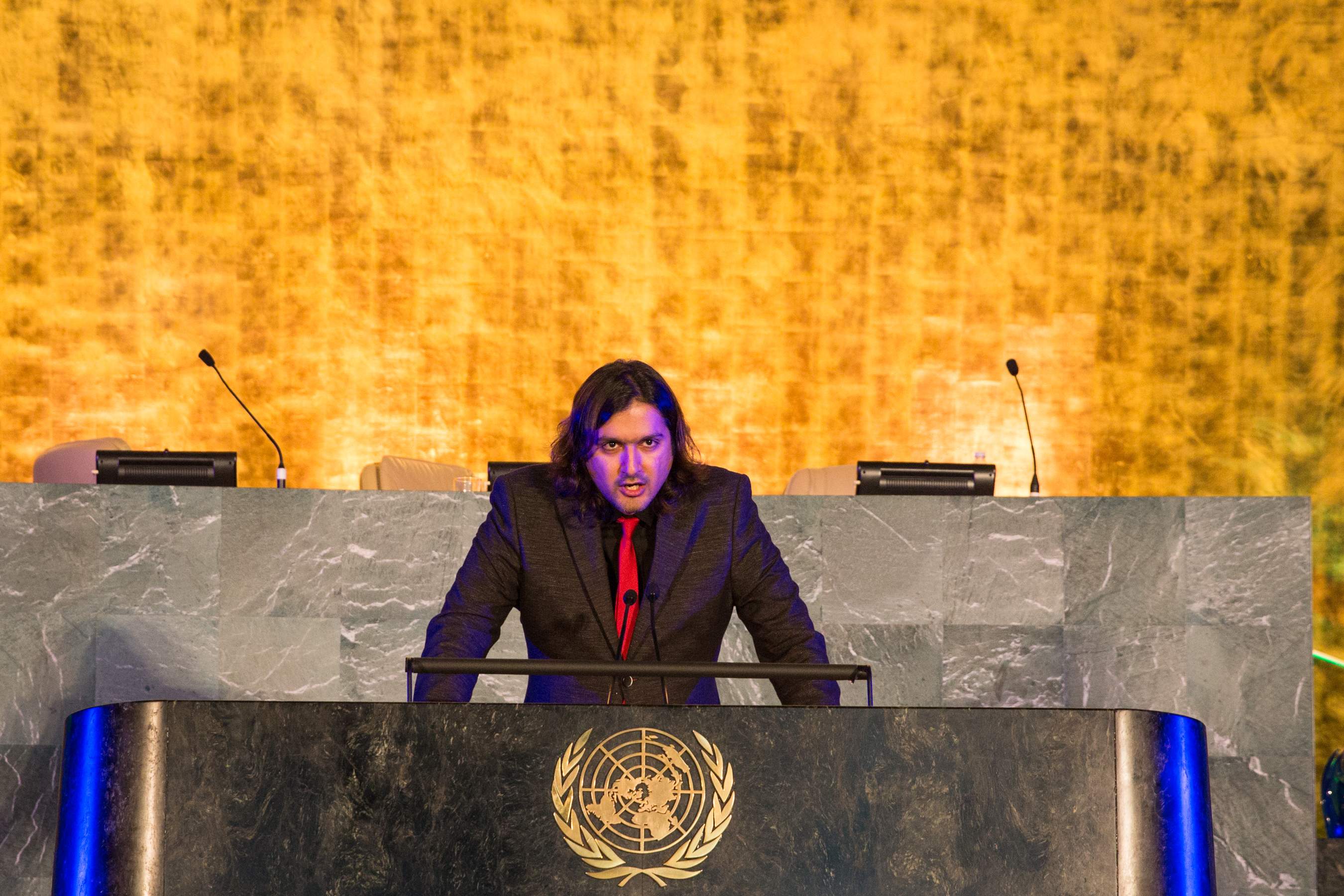 Although in the past few years, Ricky has been travelling internationally for work, his next area of focus will be India, he assures. It is time to bear responsibility and take charge, he emphasises. “I have been travelling to Manipur, and there is so much work there.

They have the Loktak Lake, they have a floating national park (Keibul Lamjao National Park) which is facing its own problems of wildlife extinction. I’m going to really focus on the North East,” he divulges.

He adds that he’s also aware of how several species in Lakshadweep and Andaman are in dire need of conservation efforts. “When I see footage from these islands, I feel so proud. It’s so amazing that these fish and creatures share our homeland with us.”

Earlier this year in August this year, on the occasion of Independence Day, Ricky released his own rendition of the National Anthem with footage of endangered species of animals from across the Indian landmass.

“When you see national anthem videos, they usuall feature celebrities. I wanted to show the true inhabitants of India,” he declares. The video, two years in the making, had the filmmakers travel the length and breadth of the country to capture the footage. As for his hometown of Bengaluru, where he lives and works, Ricky admits that things are bad. “I feel like it’s at a stage where it could not get any worse, but in fact it is getting worse. We need to take some drastic steps when it comes to pollution, infrastructure and other civic issues.”

That said, outside the metropolis, the forest department, the Indian Institute of Science and scientists in the city are doing some great work, he explains.

Ricky opines that the spiritual leaders of the country also need to work a steady discourse on the environment, because while people don’t listen to politicians, what spiritual leaders talk about is taken up for action almost immediately by the masses.

In the same vein, Ricky believes that Mahatma Gandhi was way of ahead of his time. “His ideas moved the community forward. His thoughts have stood the test of time,” he says.

Talking about his other idols, Ricky says he looks up to the former United Nations Secretary General Ban Ki-moon and the former US Secretary of State, John Kerry. “I’m also a big fan of Leonardo DiCaprio.

His recent documentary, Before the Flood, presents an interesting perspective on the issue — it was made from a layman’s point of view and I really appreciate that,” he adds.

The long road ahead
Ricky plays his part in encouraging other artists and musicians to talk about the causes that they believe in, through their work. “I think art speaks directly to the consciousness of the people, but also, more importantly, it is proof that we are working on the problem.”

Talking of upcoming projects, Ricky says he’s working on an album of rhymes for children, based on ecological issues. The album, which will be in multiple languages, will be in the public domain, so it is easily accessible to all.

As he puts it, “The kids have a stake in climate change more than us. I don’t want the next generation to look back and think we were not aware of what was going on. We know, and we are trying,” he reassures.