For an Indian quite used to clampdowns and public uproars every time an artiste gets particularly wild with their imagination, it was quite something to watch the Netflix series, Santa Clarita Diet. Here I was, sitting in an Indian apartment, and watching a central character of the show, Sheila (Drew Barrymore) chomp on human flesh, feast on intestines, and drink blood. There’s no question that this sort of material would likely not be allowed to get made as a film in India, and even if it did, can you imagine the furore surrounding its release? 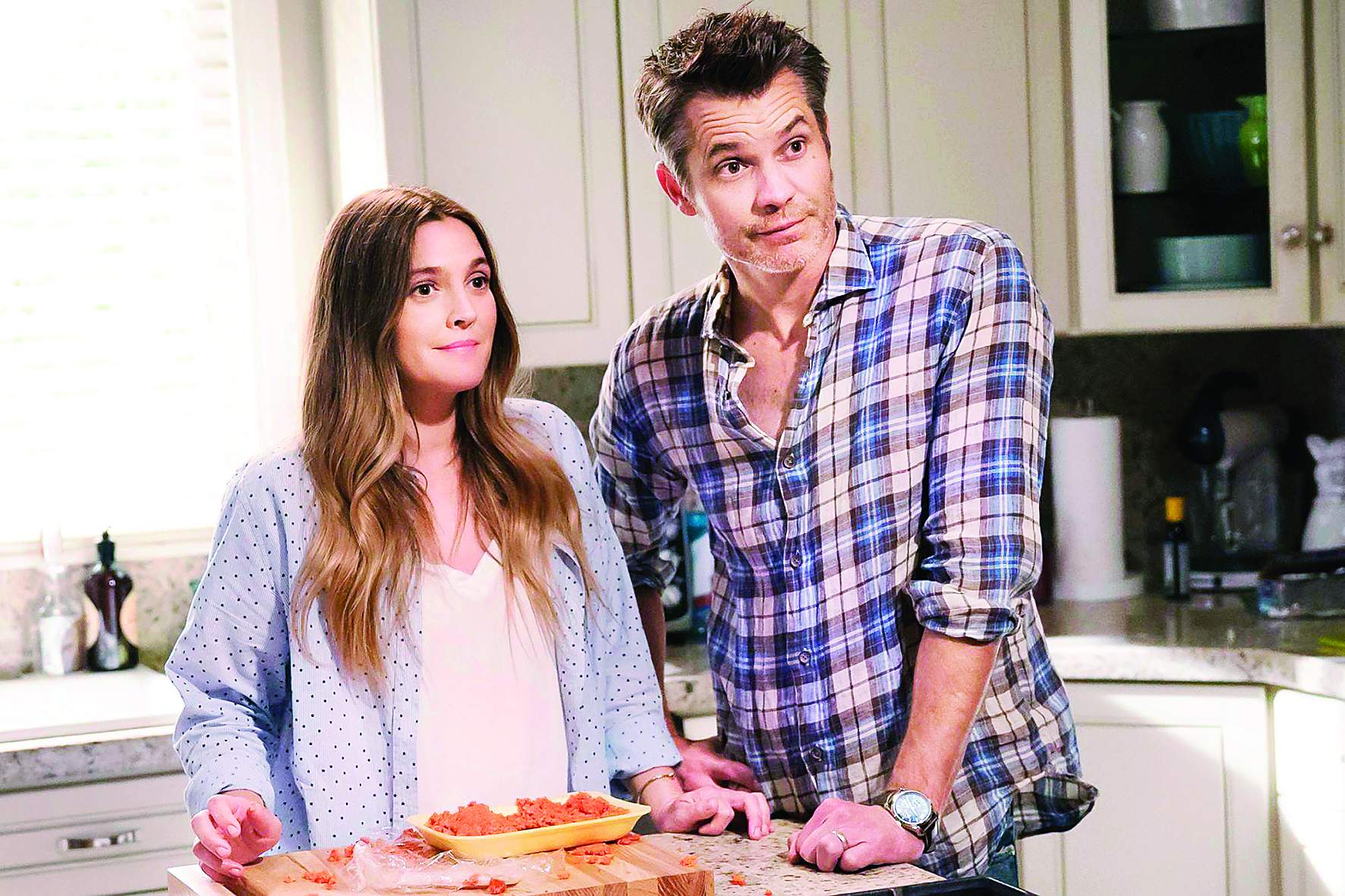 I tell Drew Barrymore and Timothy Olyphant, the lead actors of Santa Clarita Diet, as much, when I get to meet them in person at a promotion in Bangkok, Thailand. Timothy raises his eyebrows in surprise, and gets curious. “I don’t mean to compare our show with Shakespearean material, but would it be a problem to put into production his stories because of the violence in them?” he asks. I respond that if they shot the violence with as much graphic relish as they seem to have done in Santa Clarita Diet, it would certainly be difficult to get it released. ‘For the laughs, it’s not real’Drew Barrymore considers the topic for a moment, and opens her response by sharing that she has long wanted to visit India. “I wanted to go to India so badly; I begged. Maybe next year, we will be able to go. I’m so passionate about the country.” And then, she takes the subject of explicit imagery in the show head on. This likely isn’t the first time she’s been asked about it, given that the only major concern raised about the largely enjoyable first Season of Santa Clarita Diet (which comes with a rating of ages 16+) had to do with visuals like
Sheila biting into human entrails. “I think that’s why there’s an age-appropriateness to this show. I definitely am not showing it to my daughters, who are four and six,” she says. Then comes the punchline, one that needs more saying in the context of today’s India. “Let’s remember, this is a comedy show. It’s for the laughs. It isn’t real.” Timothy gets that some people may be put off by the raw visuals, but believes that it’s only a problem if you’re not invested in the characters. “I find I’m less thrown off by all that. It takes a back seat once you begin to care about the relationships in the story.”

While Drew’s children may not be allowed to watch the series, thanks to its adult themes, they apparently visit the sets all the time — only to see their mother wearing bloodied clothes. “I go to great lengths to explain, it’s all paint, and that we are all playing some sort of game at work,” she says with a laugh.

For those of you who don’t really Netflix and chill, Santa Clarita Diet is a horror-comedy about real estate agents, The Hammonds — Sheila and Joel (Timothy Olyphant) — who are forced to work their lives around the former’s transformation into a zombie. Naturally, there are quite a few episodes in the first and the second Season that show Sheila ripping into human flesh. “What I was actually eating was dehydrated apples, fermented rice… that sort of thing,” Drew says. “One scene shows Sheila eating raw chicken legs. I was given a wet cake, and it probably tasted the best of the lot. Generally speaking, everything I was given tasted pretty disgusting.” Drew and Timothy take off from here to talk about the strangest things they’ve ever eaten. “Ox tongue!” says Timothy. “I loved it.” Drew is unimpressed. “That’s available in a lot of places I’ve had chilli grasshoppers in Mexico,” she says, putting the contest to bed. All the live human meat that Sheila craves for, of course, necessitates the Hammonds to commit murder. Given that Sheila and Joel, to this purpose, try to identify the scum of the society, I ask if the show, in a way, advocates moral absolutism. “Well, for one, she’s not really a cannibal. It’s not a choice she has,” explains Drew. “She just became a zombie suddenly, and in the new Season, we learn more about the why. The show does lead to some interesting moral debates. I don’t know what’s right under the circumstances the characters find themselves in.”Timothy believes that this simplistic categorisation of people — and the insinuation that it’s okay if bad people are killed — is a problem, only if the comedy of the show is lost. “If you isolate that idea and lose the tone of the show, sure, it seems concerning. But, as long as it’s all within the world of a comedy, I don’t think there’s any advocacy of their behaviour. It’s simply within their world.” Drew agrees. “Part of the comedy is how they are forced to decide that the world is better off without some people.”

All about taste
Among the many striking features of Santa Clarita Diet are the occasional over-the-top performances —  seemingly deliberately designed — from Timothy and Drew. “You mean, the grounded over-the-top performances?” jokes Timothy. I ask if it’s easier for the actors to do these roles than ones where they
have to internalise and brood. “It’s all the same. There’s no difference between drama and comedy. That’s my answer anyway,” Timothy replies. But Drew’s had it with drama. “I’d rather do comedy. I’ve gone through depression, and all that... Now, I just want to be funny and silly, and make people laugh,” she says. “Comedy is the antidote to pain, and I think that’s the best use of my time.”Even keeping aside its carnivorous heroine, there’s plenty that’s sombre at the heart of this comedy series. Some of the themes it touches upon include the craving for companionship, the importance of a family... and yet, there’s an admirable pervasive lightness of spirit. “One of the first things the show creator, Victor Fresco, said was that he didn’t want to see the couple bickering,” says Drew. “There’s an optimism, sweetness, lightness in this show that holds it together.” 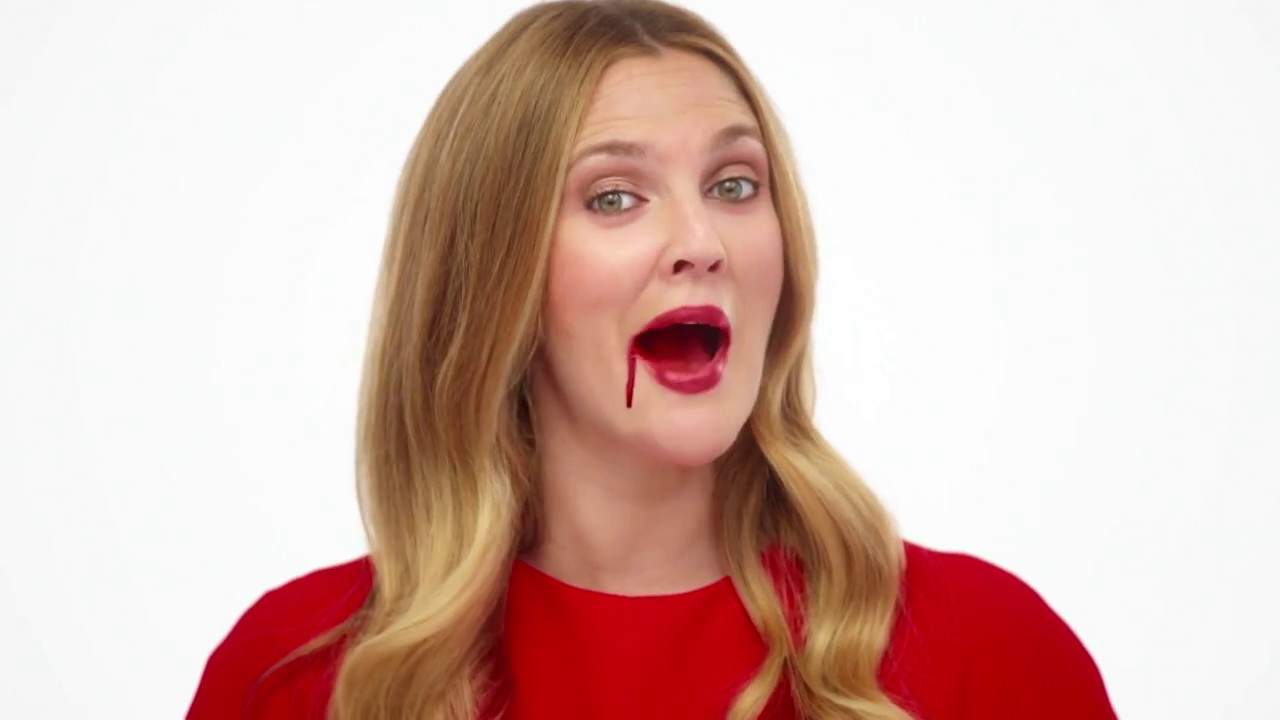 Timothy points out that the performances aren’t always exaggerated for amusement. “There are some quiet, subtle moments too.” Drew interjects, “Sure, occasionally, I may be hamming it up like there’s no tomorrow, but as actors, we are just trying to find the truth in the world our characters are living in.”
And, she is well aware that subtle performances can sometimes go horribly wrong. “It can get ultra-boring if it doesn’t work,” she jokes. “I was watching Argo on the plane, and I thought Ben Affleck did such a great job of internalising everything.” She throws a far-away look and continues, “But right now, I just want to watch The Mask. There’s nothing subtle about that film. I guess, ultimately, it’s all about your taste in things, pun intended.”

Santa Clarita Diet Season One introduces Sheila and Joel Hammond, a realtor couple who kill bad people so Sheila can eat them. Rest assured, other than that, they’re actually pretty normal. The plot revolves around Sheila, who develops a sudden, unexplained taste for human flesh, forcing her husband to go out of his way to fulfil her cravings. However, even as the Hammonds’ lives go down a road of death and destruction, you’re assured that it’s all for the good. Season One of the comedy explores the couple coming to terms with their truth, and their daughter Abby (Liv Hewson) discovering that she can’t trust her parents. By the middle of Season One, Sheila’s making smoothies out of a body in storage, before nonchalantly heading out for a walk with her neighbours, while Joel seeks out paranormal stores to research zombies. By the Season’s end, Dr Cora Wolf (Portia de Rossi), a scientist studying the undead, moves in with the Hammonds, as Joel gets arrested and is committed to a mental institution. Season Two of the comedy finds the cops on the case. As the Season Trailer suggests, “Careers are on the line. Body parts are on the menu. The Hammonds are putting the fun back in dysfunctional.”