Ever since she charted her solo path, after training under bharatanatyam dancer Chandralekha, Padmini Chettur has tried to portray her own understanding of the classical dance form, while sometimes trying to explore themes like space and time, but with a contemporary approach. Over the years, the Chennai-based dancer has explored the possibilities of body movement, a subject that Chennai is quite familiar with, as many other artistes have offered their own take on the theme in earlier productions. Padmini’s show, on the other hand, is a new one from her stable and has been written in collaboration with writer Aveek Sen, with music by saxophonist Maarten Visser.

Titled Philosophical Enactment 1, the show pushes the boundaries of abstractness, with the central character (played by Padmini) limiting herself to rotational movements around an axis. “Over the last three years, I’ve been physically and intellectually very intrigued by my study of Iyengar yoga, its propositions of spiral, and the resistance that had a lot of resonance to my own research on the concept of body axis and rotation. And the idea of movement as a system of knowledge-making in itself led me to this title, which comes from the writing of curator Zasha Colha on my practice,” says Padmini. While we wait to see what’s in store in this show, we caught up with Padmini and found out more about the complexities of this show and her experience of working with Aveek and Maarten. Excerpts:

Could you describe in detail the concept of this show?
The performance is a little like watching a lecture-performance on dance, except that in this case the dancer and the speaker are two individuals present in a room. My question was really about how to ease or facilitate the viewing of a very abstract form. Aveek, through his own responses and references, provides several lenses that might help, or even distract from the performance itself. So in a way, we are colliding a visual and a discursive language to see what emerges. 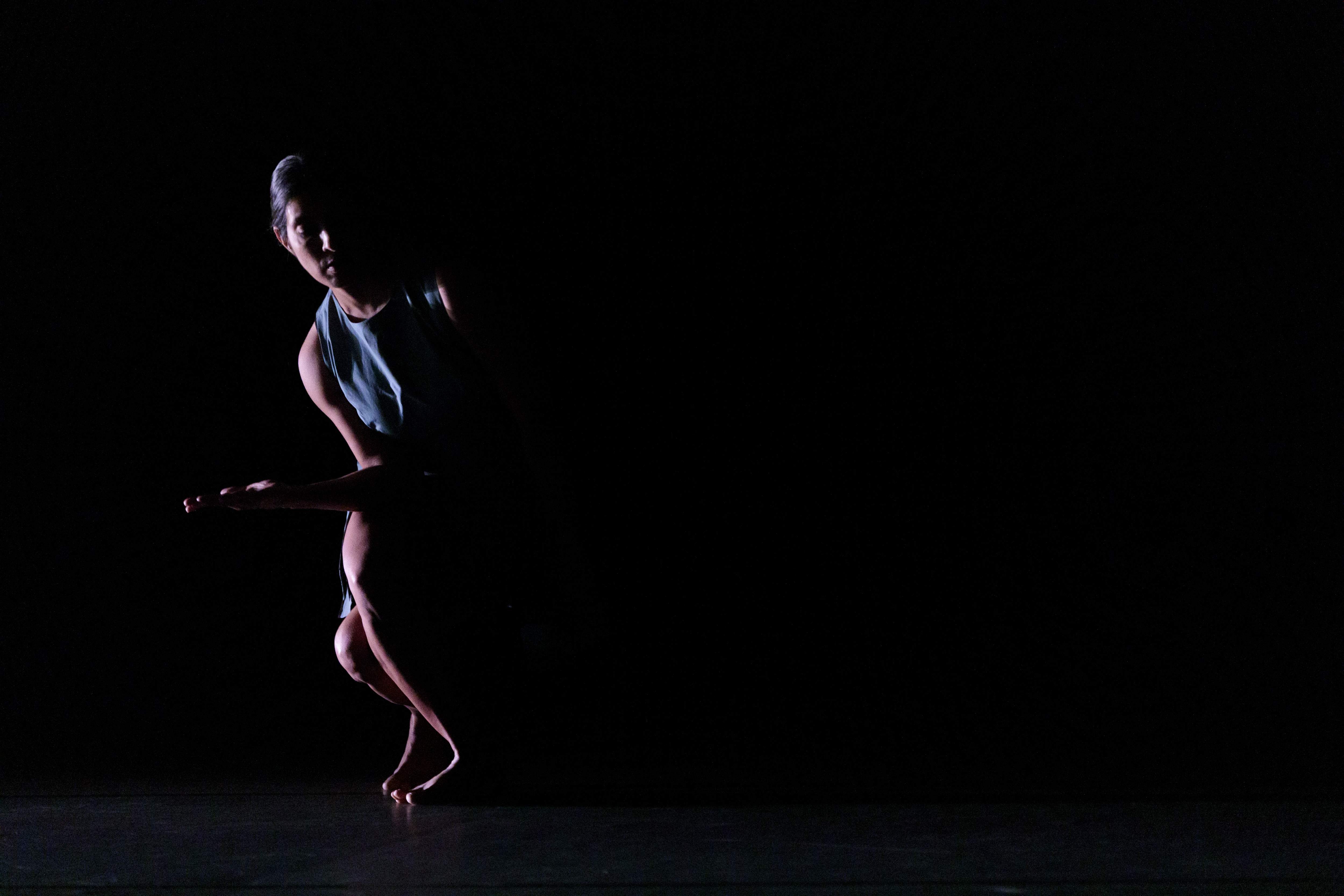 What were the challenges you faced while preparing the script?
So far, I have only performed the work with Aveek’s text recorded into the sound. However for the show in Chennai, we are working on a new version, so I imagine many things about the text will change now, as a new iteration of the piece is presented. The text so far wasn’t so much of a challenge to create as it is partly Aveek writing a linguistic response to the movement ideas, and partly the text itself trying to find it’s own function in the work, almost conversational. However, this time, I would like to respond to some feedback that audiences have given over the last shows in order to perhaps make the text less dense and more essential.

What were the creative inputs provided by Aveek? How much of his vision and perspective helped you in moulding your own approach to this project?
This work with Aveek began really with his curiosity to think and write about my work, and my own attraction to his writing, and his incredibly rich and experienced relationship to literature and visual arts. That is what we hope to come back to in this ‘live’ version, a sense of this being about this conversation — about a writer and a dancer, both being equally open to a process.

What kind of music has Maarten composed for this show? How has your experience been of working with him?
Maarten Visser is, in a way, the dramaturge of the work — his proposals of sound create a landscape of tensions, dynamics and emotion. I have been working with him for twenty years now — this is our tenth work together! It is always hard as we are also married, but the results are worth it. Together, over time, I think that the visual and aural complete each other in a very particular way.

What’s the target audience? Will we see the production in other cities soon?
I don’t ever say that my work is ‘easy’! It asks for a certain openness and concentration from an audience. So, I think I expect a mix of people who know my work already, and hopefully some who are curious to discover. It would be nice to do small shows in galleries or non-theatrical spaces — this is more interesting for me these days. Less ‘production’ and technical support, just the work in its barest form. 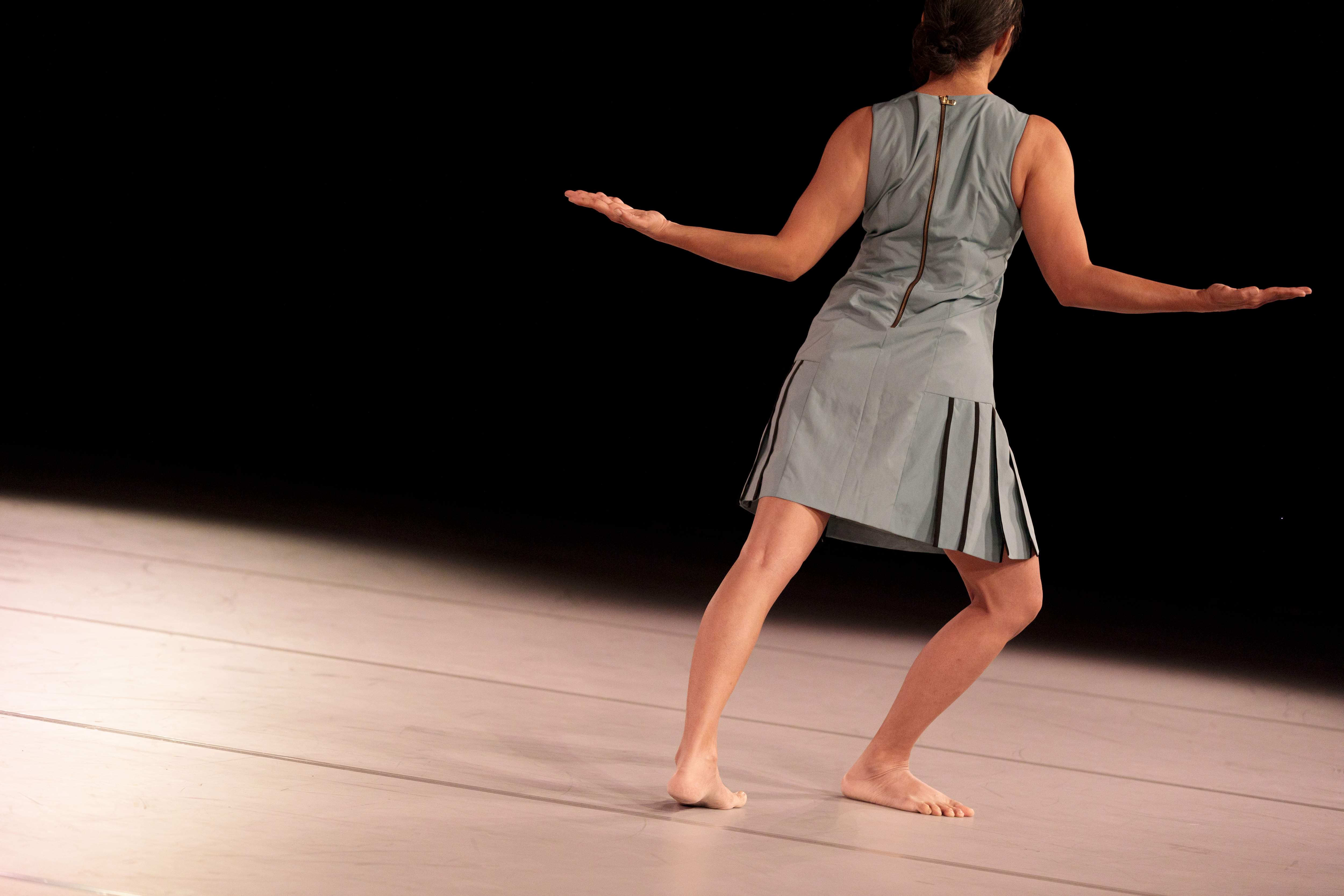 Are there any upcoming projects that you are working on at the moment?
Yes, I am working on a two-channel video film for an exhibition at HKW, Berlin, as well as a work for five dancers that are a commission of Toronto-based Anandam Dance Theatre.

On the personal front, where does Philosophical Enactment 1 rank within your body of work?

Highlights come and go. I think I get real joy out of the pedagogical contributions that I have made, and especially when I see dancers who have been working with me over the years - their transformations, understanding and intelligence. Some very special people have been through my work and  I consider that an incredible richness.

Lastly, could you share a few thoughts on March Dance and your fellow participants?

March Dance is a modest yet important platform that provides space for contemporary, critical work in dance (however we might define this). It is a moment for us to see work from other parts of the country, the format always includes a strong workshop for local artists, as well as space for conversations around practice and process. It is a carefully planned even if small festival, one that I think is valuable in an increasingly market-driven art world. Many thanks to the Goethe Institute, Chennai for supporting and to Basement 21’s persistence in taking to the fourth edition. I look forward to discovering and meeting the other artistes.