As he gears up for his show in Hyderabad, Shriram Alluri talks about being back to his roots

It wouldn’t be too much to say that when Hyderabad-born Shriram Alluri got a crowd in Estonia’s mall grooving to his Telugu tunes, history was made. Alluri — as he is better known — is one of the first Indian indie rock artistes to sing in his native language in Europe. However, he doesn’t mince his words when talking about the demand for live shows in his hometown. “The West has a culture of going to watch a band play. In India, nobody really plans their week that way. It’s not yet a thing for people to want to go to listen to some music like they go to eat or watch a movie,” says the London-based singer-songwriter. This weekend, Alluri will perform in the city with his band, Alluri and the Italians, hoping to bring about a ‘live music revolution’, one gig at a time. The concert features Italian musicians Paolo Raineri (trumpet), Roberto Dragonetti (bass), Davide Arzuffi (drums) and Pietro Ubaldi (keyboard), while the opening act will be by city-based rock band, Adavi.

Although this is not the first time he’s performing here, Alluri is excited for this show particularly because of the huge venue dedicated to an evening of music alone. “More than anything else, it’s about my love for performing in Telugu that drives all my gigs here. Performing in my hometown is nerve-wracking and exciting at the same time,” he shares. Expect some instrumental music (featuring a local tabla player and flautist) and songs from his latest few albums. 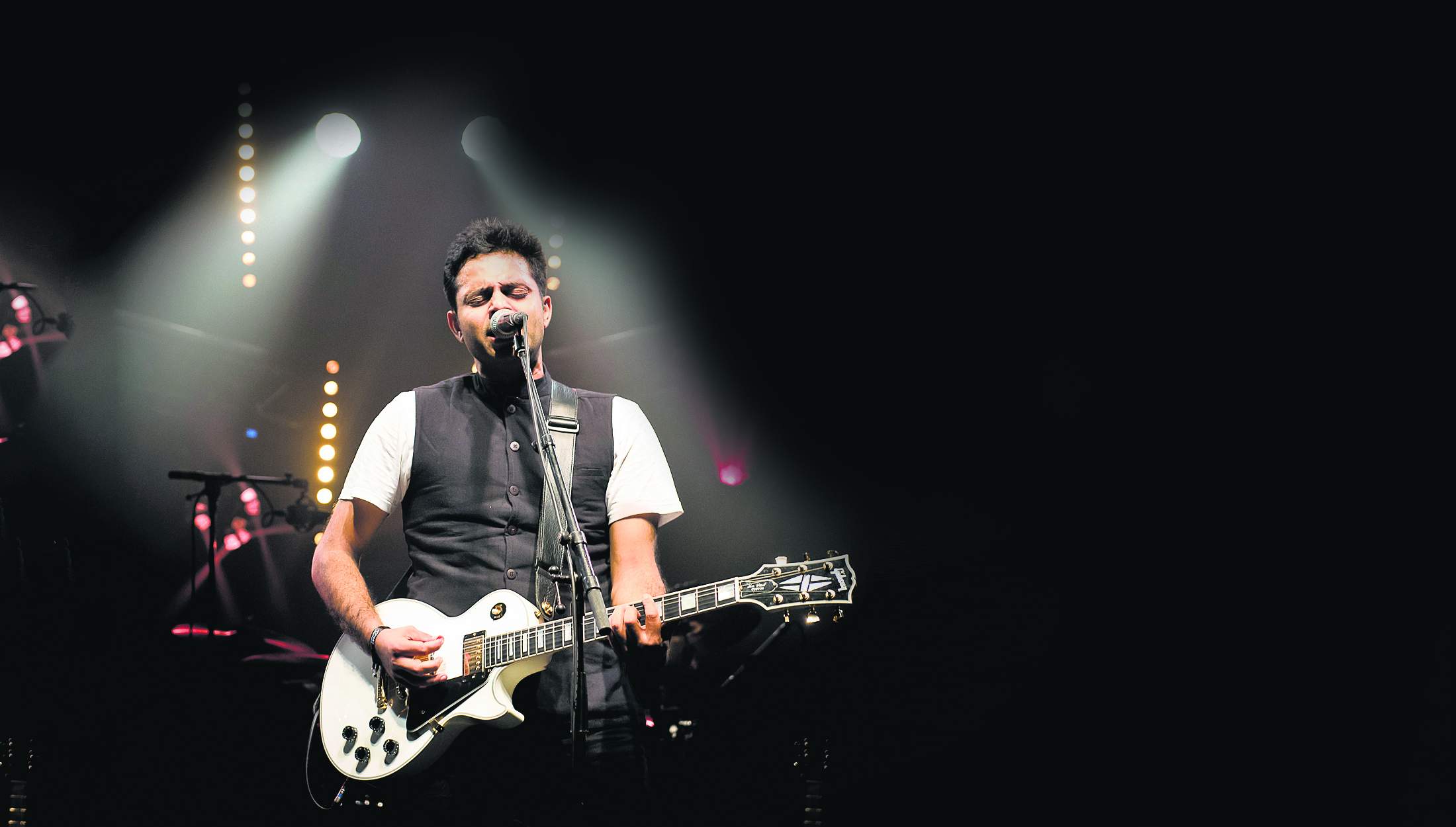 Having spent his childhood in India and completed his higher education in Europe, Alluri has imbibed best of the two cultures, which reflect beautifully in his music. Having said that, one must admit that it’s quite difficult to categorise his music into one specific genre. While he listened to a lot of classical music initially, it was his cousin who introduced him to other genres and bands like Radiohead and Pink Floyd. “I listened to Comfortably Numb and Smoke on the Water and  these were the songs that ignited passion for music in me,” says Alluri, who has collaborated with English musician Glen Matlock. It’s not a surprise that his first album, Man of Truth (2015), was in English, which went on to receive critical acclaim from popular UK magazines. However, when he released his first Telugu rock album Evari Kosam (translates to for who’s sake) a year later, Alluri managed to connect with his non-Telugu audience with just as much ease. “I was going through an identity crisis of sort and felt a desire to express in my native language. So, writing and composing this album was a natural process. People connected to it instantly. Although people abroad didn’t know the language, it’s the music that connected,” he says.