Love listening to the harp? Tune in to Nush Lewis' gig this weekend at Tabula Rasa

In 2009, when Mumbai-based musician Anushka Lewis (known by her stage name Nush Lewis) first saw her teacher play the harp during the annual function at KM Conservatory, Chennai, she was awed by the beautiful stringed-instrument and the sound it produced. “My theory teacher was a harpist and when I saw him perform in my music school, I was captivated. So, I changed my specialisation to harp from vocals with no intentions of taking it further professionally,” she says. Nine years later, she is one of the most recognised harpists in the country, who will be debuting in the city this weekend. Expect songs from her previous EPs and singles including Spilt Milk and covers of Radiohead. 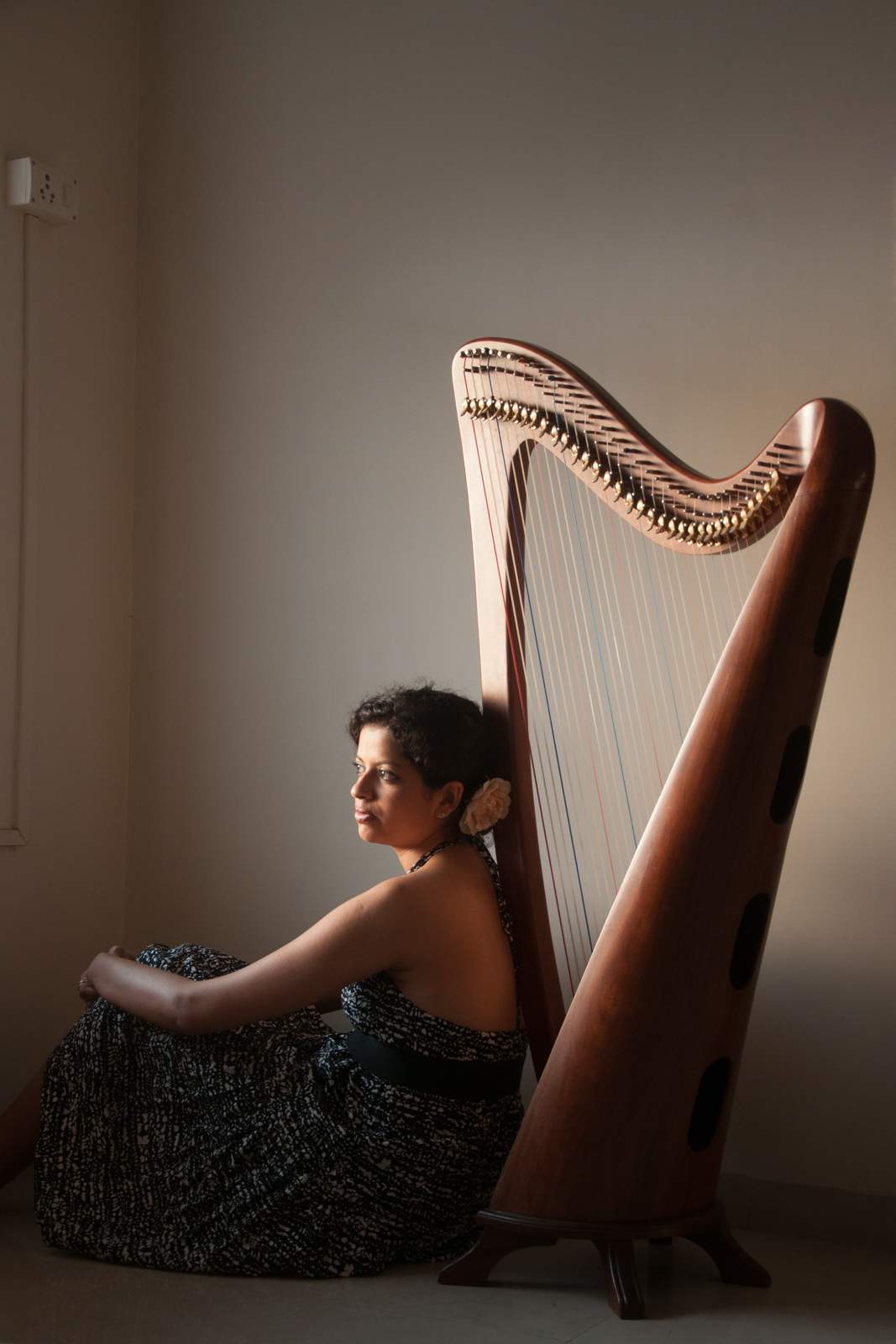 There are quite a few models of the instrument, and the one Nush plays is a folk lever harp with 36 strings. Although it looks quite intimidating, she assures that it’s just as easy to learn as a piano. “Honestly, it’s a no-brainer. If you remotely understand piano, harp is not going to be any more difficult,” she states.

When you watch Nush play the harp, it’s like magic. Apart from her captivating voice, it’s the ethereal and soothing sound that the instrument makes, which attracts you. However, she makes a conscious effort to keep her songs as minimal as possible to let the instrument work its magic. “With harp, you don’t need to do much. It’s the melody that takes over and resonates brilliantly,” she says. Her songs are usually emotionally heavy, although the lyrics are quite simple. “I write songs about instances and experiences from my life. So they naturally carry my emotions,” adds the student of AR Rahman’s school of music in Chennai.

Thanks to her tours and performances, Nush has lately observed that the instrument has sparked a new interest among music lovers, which is a positive sign. However, the drawback, as she points out, is that the harp is not manufactured or sold in India. “I bought my first harp from the UK and got a couple more from other countries. But hopefully, we will soon have a few stores in the country selling the instrument, which will open up opportunities for people to learn to play the harp,” shares Nush. You can listen to her compositions on soundcloud.com/nushlewis.