Secunderabad-born musician Shayan Italia raised the bar for Indian music with his recent piano rendition of Jana Gana Mana, which got over 100 million views and trended on Twitter for two days. It is also the most viewed rendition of the national anthem on YouTube. The soulful cover was Shayan’s way of asserting that he might not want to stand up in a theatre, just because it is mandatory. Instead, he composed an ode to the genius (Rabindranath Tagore), and said, #IWillStandUpForThis, which indeed evokes respect. But that’s not the only way that Shayan is taking Indian or rather Hyderabadi culture to other places. The pianist, who shuttles between London and India, is also an entrepreneur who has opened a biryani restaurant in Mumbai. 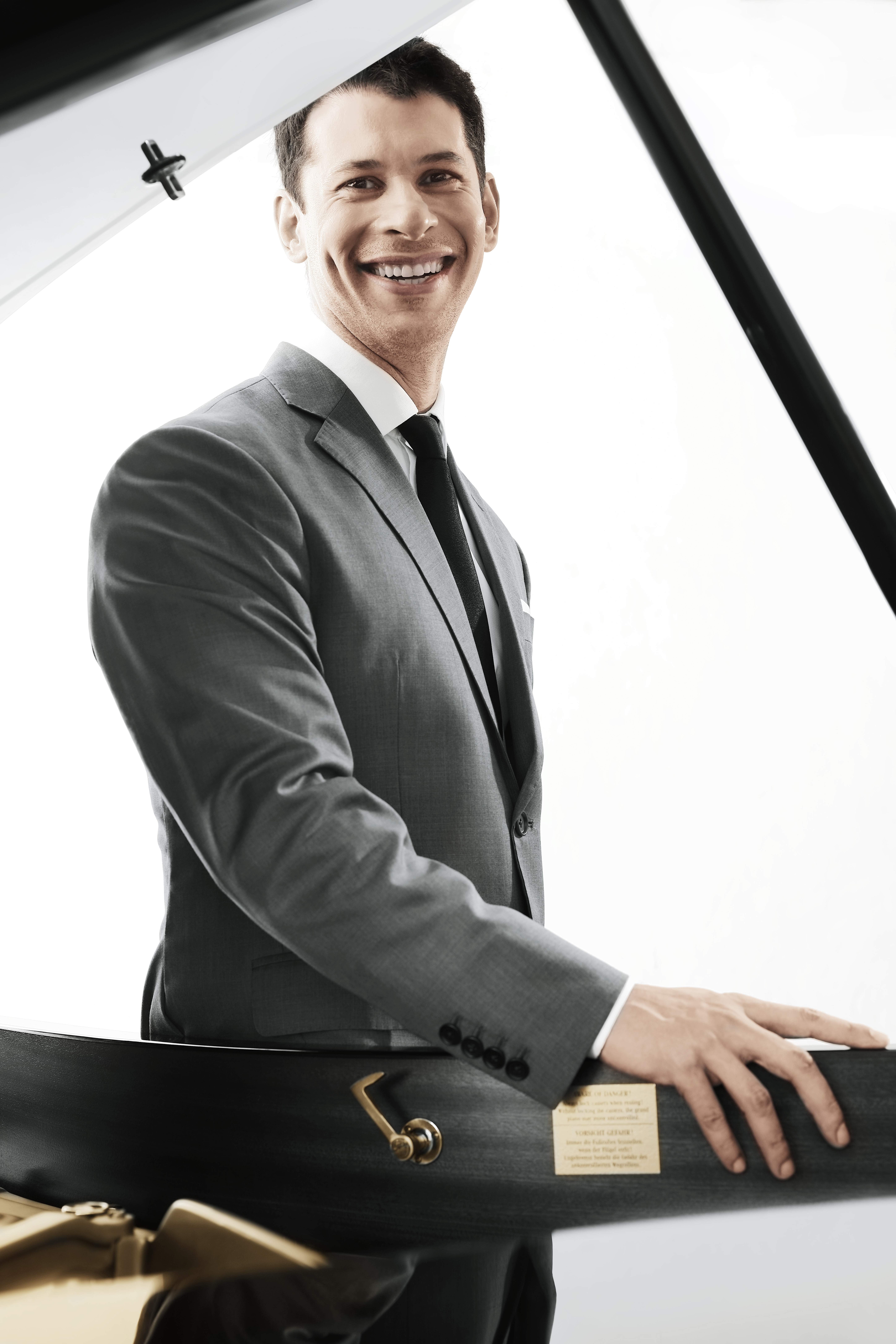 You can take the Hyderabadi out of his home, but maybe not his biryani! Shayan was also recently awarded the Global Indian of The Year 2018. We spoke to him about making music, his Hyderabad days and the bond he shares with Lord Bilimoria of Chelsea (Karan Bilimoria). Excerpts:

Your rendition of the Indian national anthem became an internet sensation. What led you to compose this interpretation?
I was in a movie theatre in Mumbai a few years ago, when the national anthem played with a pixelated flag. I was caught-off guard with a bucketful of popcorn. And, the song didn’t make me feel patriotic either. The anthem was in monotone (unchanging in pitch). Later, I read that playing the national anthem in all theatres was made mandatory. That’s when I began to work on my rendition. Honestly, I feel like we’re just conditioned to accept the anthem the way it is being played in the theatres. All I did was to present it in polytone, which is a mixture of different frequencies played in a way that sounds more harmonious and melodic. This is how you honour a genius like Rabindranath Tagore for writing an anthem as great as that. But more than anything else, the song is dedicated to my mother, who gifted me the piano when I was young. It’s a gift to her.

What was the composition and production process like?
After I composed the song on a Steinway Model D piano (world’s grandest piano), I approached a few key people in my life, who I trust in music, in September 2017, to understand how to record and produce it in the best way possible. The post-production took quite some time because I was keen on 8k resolution, so we have the best sound and video quality for the track. I always felt like the song and the story lent its way to the final result. When I was working on the song, however, I was asked to be ready for backlash. But post its release, the response was great. I think India is in a state where they’re open to embracing new things. Real India is smarter than we think!

Take us back to your growing up days in Hyderabad.
My graduation days in Osmania University were quite fun. I had a bunch of great friends and was also dating a beautiful girl back then (Laughs). But my memories about Hyderabad are mostly of my parents. I spent a lot of time back in college, taking care of my mother, who was suffering from cancer. But even during bad days, I was taught to look at the positive side and make the best of what I had. It is not a very pretty picture, but I’ve been strong and learnt to live with it. I want to visit Hyderabad in December — a thank you tour to meet my family and my parents’ friends who supported us during the grey days.

What is the bond you share with your cousin and founder of Cobra Beer, Karan Bilimoria?
Karan is the eldest of us all and the wisest too.  Every time we catch up, it’s a lot of fun. We get along really well! I feel blessed to have a wonderful family. We all have our battles to fight but when you have a supportive family, you feel blessed.

What do you think about the Indian music scene today?
Film music and its process in India seems fake to me. You know how it works? A filmmaker first wants a song for a scene. A lyricist writes for that scene. A music composer makes a song for that scene. Then the stars enact the scene — there’s no sense of music. Just because someone writes a song doesn’t make them a songwriter, not in the great sense of the word at least. You don’t need a producer’s Rs.100 crore or star value for a song to be a hit. It just needs to be born from the musician’s heart. The true essence of music is lost in this process. There is no organic music in India. Let’s give more importance to the craft. That’s what I want to do. Music is a gift my mother left me and I want to use it to create the best, which raises the bar.

What are your future projects?
I have a lot of plans in music. I have a catalogue of about 150 songs and I plan to release one by one. Each of them will set the bar higher. As of now, my Hindi debut song will be out soon. The video is going to be the talk of the town when it releases. It’ll be something India hasn’t seen before — controversial and provocative, which challenges the mainstream idea about things in society. I’m very excited about that! Let’s see how it all goes. It’s going to be a long journey, because I’m here to stay.

Apart from music, Shayan helps to raise money for cancer research and multiple sclerosis treatment in the memory of his parents. He has raised about Rs.1,000 crore and now aims to shift his focus to education in India.