NEWARK, N.J. (AP) — The incomparable career of Missy Elliott, the rapper-singer-songwriter-producer-dancer whose music videos have moved the needle over the last two decades, was honoured at the 2019 MTV Video Music Awards, where Taylor Swift also took centre stage with her gay pride anthem, You Need to Calm Down. 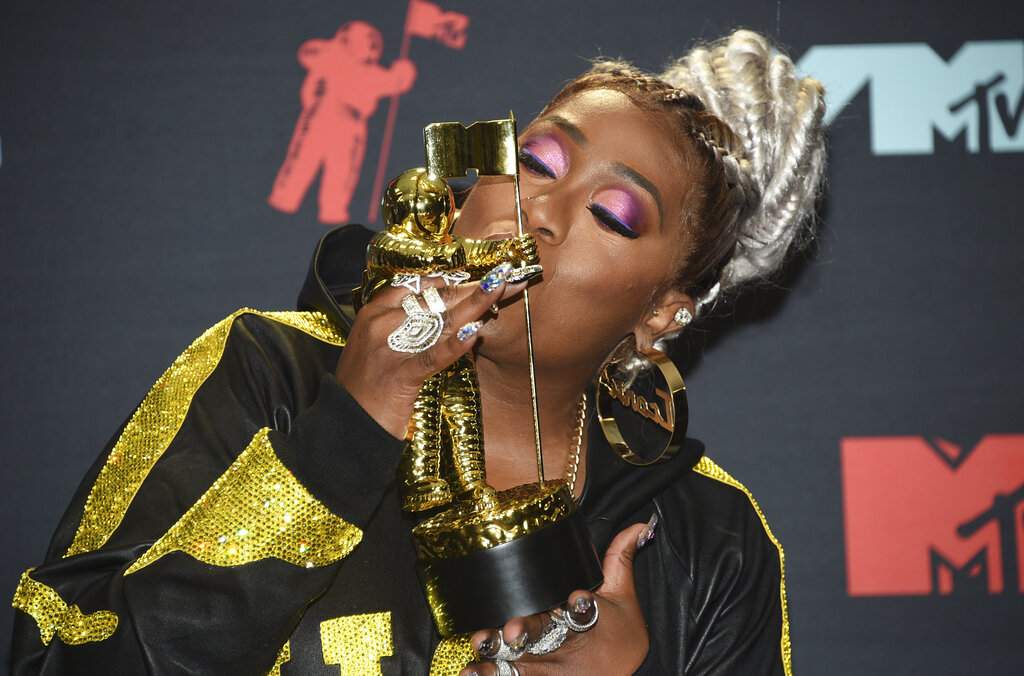 Elliott earned the Michael Jackson Video Vanguard Award and brought her colourful, eccentric and groundbreaking music videos to life, from Work It to Lose Control, on Monday at the Prudential Center in Newark, New Jersey.

She even sported the inflated trash bag she wore with confidence and charisma in the video for "The Rain (Supa Dupa Fly)" in 1997 during the performance. "I've worked diligently for over two decades and I never thought I would be standing up here receiving this award," Elliott said. The 48-year-old game-changer also dedicated her award to the dance community and said her music video inspirations included Janet Jackson, Madonna, Peter Gabriel and Busta Rhymes.

She also honoured the late R&B icon Aaliyah, whom she was close to and collaborated with, during her acceptance speech. The 18th anniversary of Aaliyah's death was Sunday. "Aaliyah, I love you. We miss you," Elliott said. 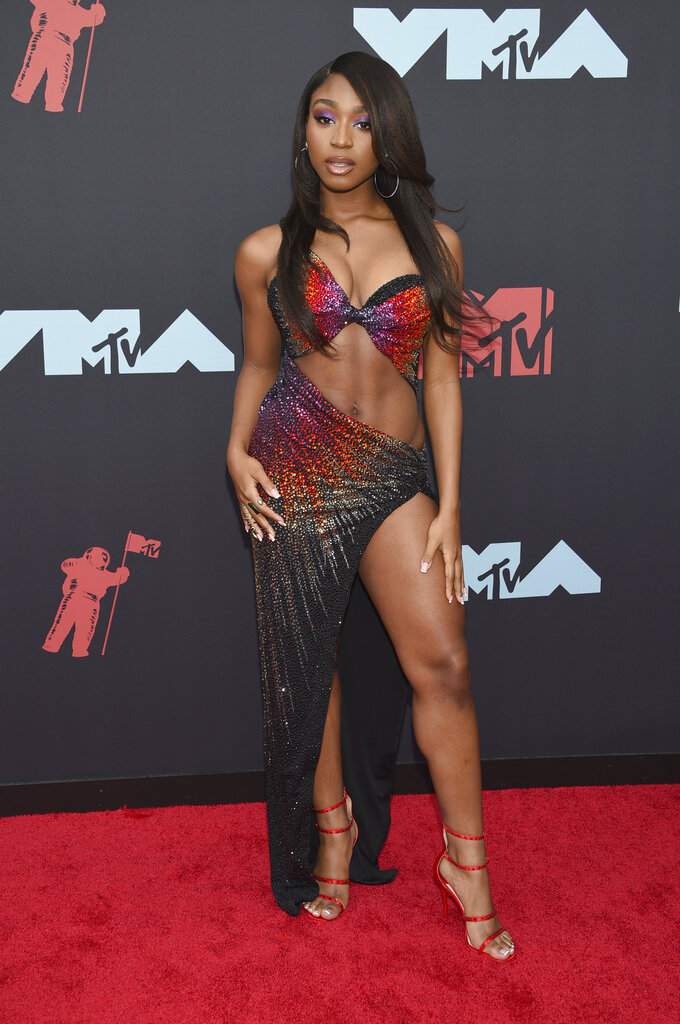 Other impressive performers Monday included former Fifth Harmony member Normani, who won for best R&B video and brought her recently praised Motivation video to life thanks to her skilled dance moves; Spanish singer Rosalia, who also danced with precision and won best Latin and best choreography awards; and rapper-singer Lizzo, who transformed into a gospel singer as she wowed the audience with the upbeat anthem Good As Hell, her 2016 song that reached new heights this year. She also sang Truth Hurts, which was released in 2017 but became a worldwide hit this year.

The VMAs, which took place in New Jersey for the first time, closed with a superb performance by artists who are from the Garden State — including Queen Latifah, Redman, Wyclef Jean, Naughty by Nature and Fetty Wap. Rapper-actor Ice-T, who has loudly represented the West Coast, introduced the performance and reminded the audience that he was born in Newark. 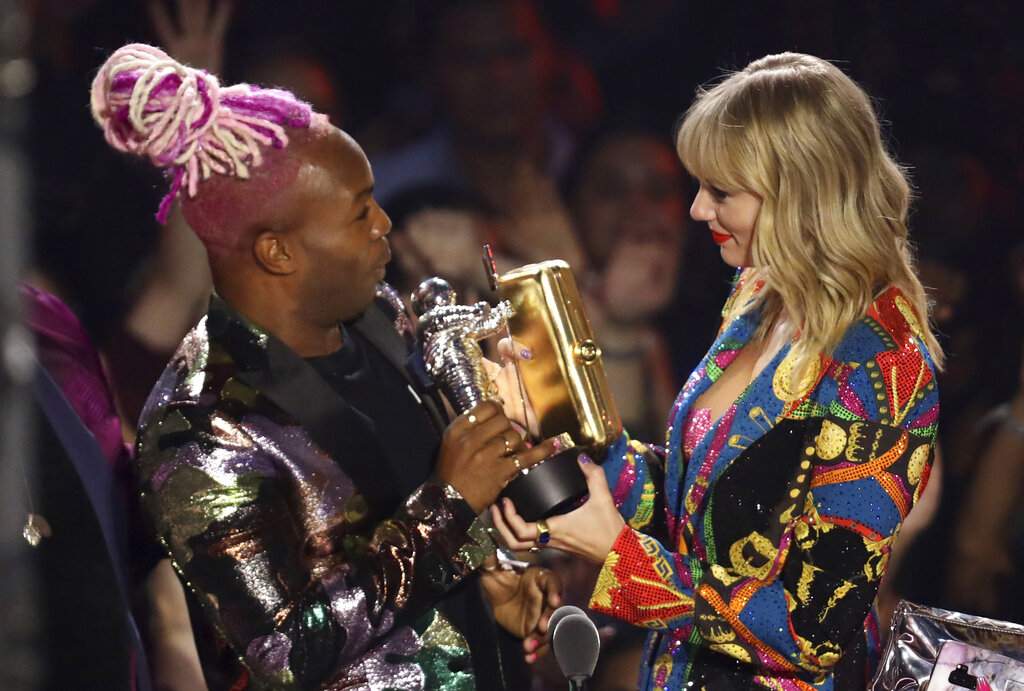 Swift kicked off the VMAs, going from eye-popping pop star to guitar-strumming singer-songwriter. She gave a colourful performance of You Need to Calm Down — which won video of the year — and later grabbed her guitar to sing the ballad Lover, the title track from her album released Friday.
"I just want to say that this is a fan-voted award, so I first want to say thank you to the fans because in this video several points were made, so you voting for this video means that you want a world where we'll all treated equally."

Swift and a number of cast members from the video appeared onstage to accept the honour. The video for "You Need to Calm Down," a song in which Swift calls out homophobes and her own haters, featured a number of famous faces, including Ellen DeGeneres, Laverne Cox, RuPaul and the cast of Queer Eye. Before the video's release, Swift announced that she supported the Equality Act. 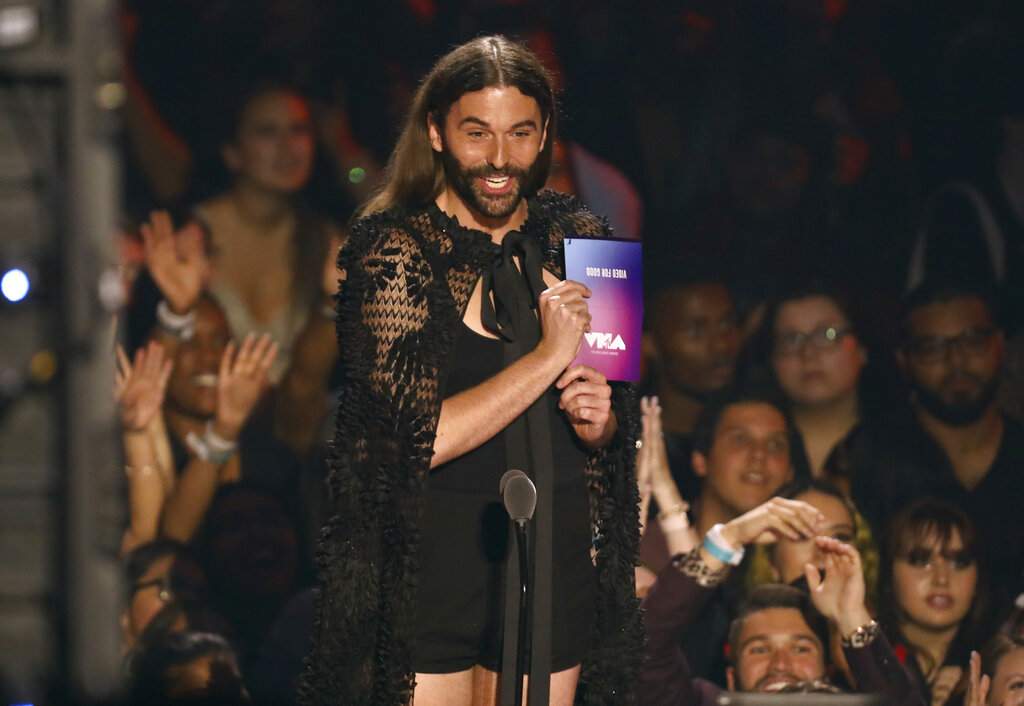 You Need to Calm Down also won the video for good honour. Todrick Hall, the multi-faceted entertainer who has appeared in some of Swift's videos, including You Need to Calm Down, accepted the honour."If you're a young child that's out there watching this show who is different, who feels misunderstood, we've never needed you more than now to share your art, share your stories, share your truth with the world no matter what you identify as, who you identify as, who you love, this is such a beautiful place," said Hall, who co-executive produced the video.

Swift won three honours, tying with Ariana Grande and Billie Eilish for most wins of the night. Grande, named the artist of the year, and Eilish, who won best new artist, didn't attend the VMAs. BTS also didn't attend the show, hosted by comedian and actor Sebastian Maniscalco, but they won two honours: best group and best K-pop. 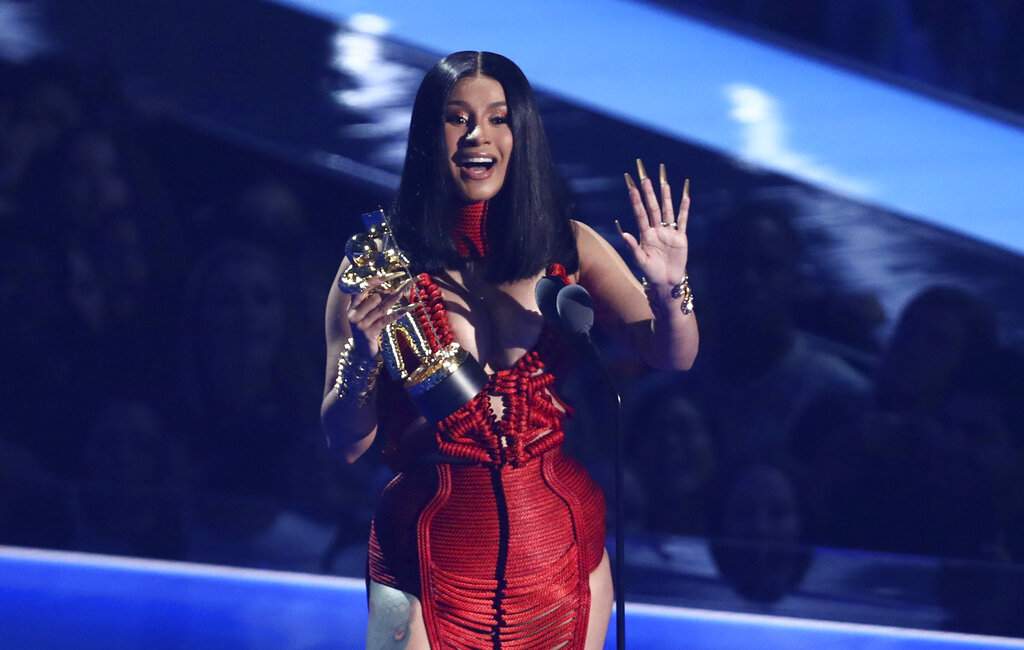 Megan the Stallion, who performed during the pre-show, won best power anthem with her new hit, "Hot Girl Summer," featuring Ty Dolla $ign and Nicki Minaj. Lil Nas X and Billy Ray Cyrus' Old Town Road, the longest-running No. 1 song in the history of the Billboard Hot 100 chart, won song of the year and best direction. "This is my first award ever," the 20-year-old newcomer said.