Some other big names on the bill of this year’s line-up are Paul McCartney and Aerosmith. The last edition of the festival featured names such as Stormzy, Kylie Minogue, the Killers, the Cure and Janet Jackson. Started in September 1970, the five-day festival takes place in Pilton, Somerset, England. Regarded as a major cultural event in British culture, the festival was originally inspired by the hippies and counterculture movement.

It's been a momentous week for Taylor Swift as she turned 30 on December 13. The artiste named Billboard's Woman of the Decade at the 2019 Women in Music Awards on December 12. 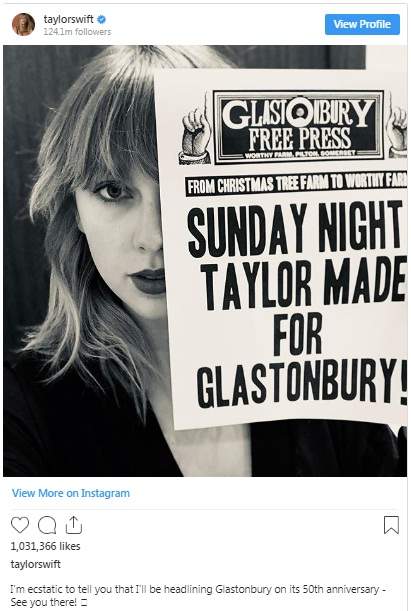