The ocean, for most of us, means sunny Instagram-worthy beaches. Adventure seekers take it a bit further with surfing or parasailing. Berlin-based musician Robin Staps pushes it beyond with what can be called an artistic and philosophical obsession. Pairing his love for the seas with genius musicianship, Robin formed his band, The Ocean Collective aka The Ocean, of which he’s the only permanent member since 2001.

Despite multiple lineup changes, the project has created a signature sound that mixes progressive/sludge metal and hardcore elements with orchestral music. Robin has also been hailed for redefining the scope of concept EPs by dealing with abstract, geological and philosophical themes across consecutive releases.

Not being disheartened by a bitter experience from an Indian organiser nearly half a decade ago, the act—currently including Loïc Rossetti, David Ramis Åhlfeldt, Peter Voigtmann, Mattias Hägerstrand and Paul Seidel—is back to play a five-city tour in India covering Delhi, Mumbai, Bengaluru, Hyderabad and Guwahati.

Beyond the known
One of the first things we get out of the way as the guitarist speaks to us over Skype is the confusion about the band’s name. “Earlier, we were a rather loose group of musicians, sometimes even with four or five guitarists at the same time. Even though we cut our name down to The Ocean later, we’re bringing back the moniker (The Ocean Collective) with the latest album. We think it’s essential to honour the people who work backstage, like the graphics and visual designers,” says Robin, as we begin the conversation with their inception and evolution. “I was a hardcore kid,” he admits, adding, “I wanted to play ‘heavy, atmospheric and dark music’ inspired by the likes of Swedish band Breach and US-based Neurosis.” Being the sole songwriter of the band, his affinity for classical and soundtrack music also resulted in unconventional and lengthy compositions.

“We’re not a band that writes riffs in the rehearsal room. It’s an intimate process for me where I isolate myself with a guitar, programme drums and add layers (piano/strings). We then work on the details together,” says the multi-instrumentalist.

Approaching history
Starting off their discography with an instrumental album named Fogdiver (2003), The Ocean Collective later brought in vocals to sing about rather unexplored topics like geology. Their titles Precambrian (2007) and Phanerozoic I: Palaeozoic (2018)—which are themed on eons in Earth’s history—are perfect examples of this.

The master songwriter also decided to tell lengthy tales through multiple albums on same subjects. “Our earlier LPs also followed a concept, but they were not fully developed. The names Fluxion (2004) and Aeolian (2005) followed an idea in the naming,” he says, continuing “Heliocentric (2010) and Anthropocentric (2010) which speak of the legacy of Christianity also have an intellectual backbone, but each song was written individually and lyrics came later.” 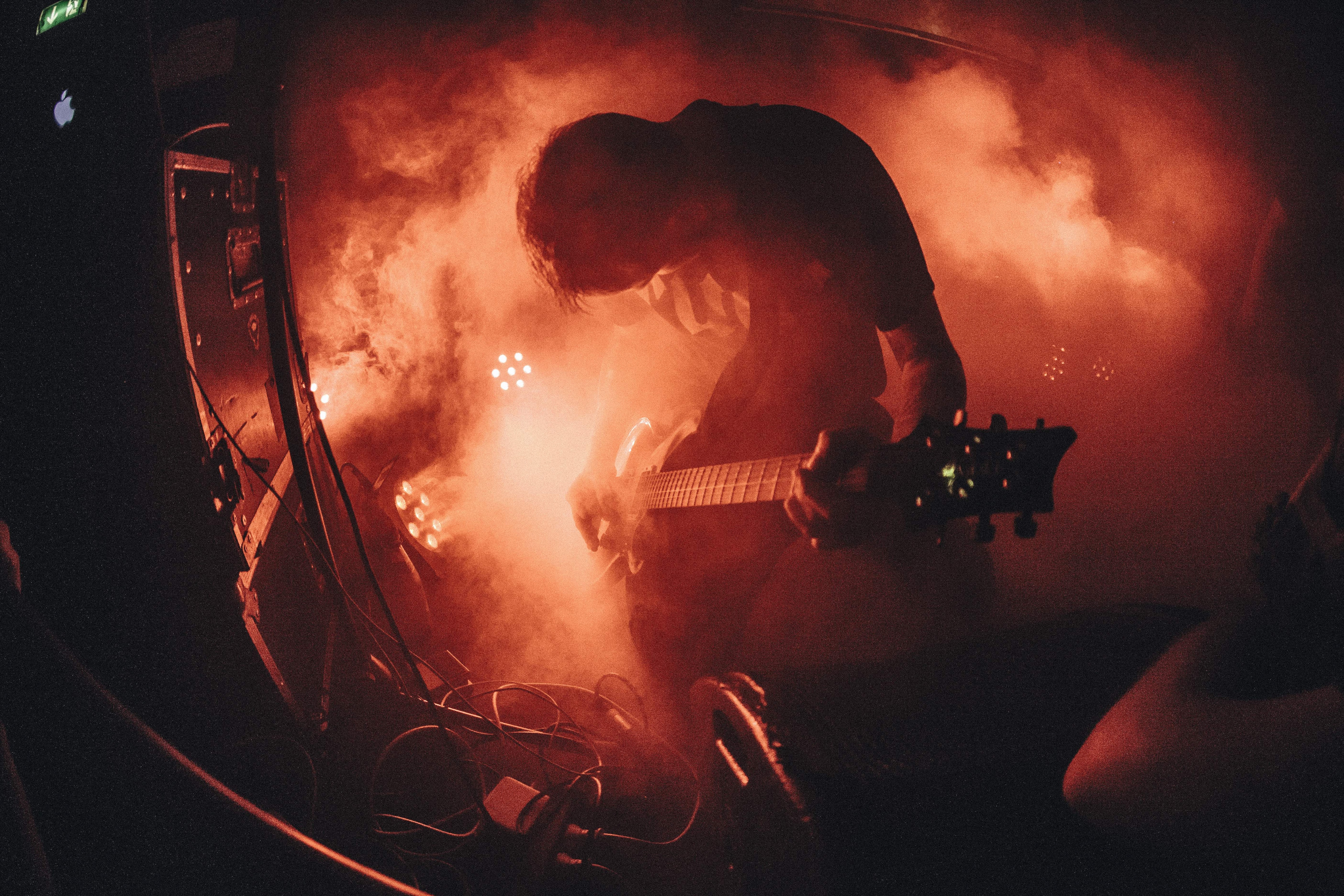 He considers Pelagial (2013) as their biggest achievement when it comes to composing music to an idea. “It traces the journey from the surface of the sea to the bottom. The tuning gets lower and the songs are slower as the record spins,” he informs. They even took the care to perform the album in its entirety on over 300 stages.

Their latest release, however, sees them return to developing an LP more loosely around a singular thread—of ‘eternal recurrence’ which is a philosophy seen in ancient Indian and Egyptian writing.

Enriched experience
Having backpacked through India before, the guitarist intends to do more on this trip. “We’re planning to shoot the video for our song Permian: The Great Dying in theThar desert,” says Robin, who considers travelling an important element in their creative process.

While the band has two-hours worth of material for the tour schedule with over a dozen shows in India, Australia, and New Zealand, the audience can expect songs from Pelagial, Heliocentric and Precambrian at each show.

One reason you should not miss their shows is their belief in perfection. Employing orchestral sounds through backing tracks, their lives recreate the same tempo and sound effects as heard on the record.

Atmospheric touch
Robin Staps also owns Pelagic Records which features big names like Mono and God Is An Astronaut on its roster. Since post-rock/metal has been a favourite in Indian festival circles in the past year, we ask him about the standing of atmospheric music in the international scene. “Atmospheric music has been popular in Europe for a while, but its popularity is still growing rather than declining. What I find interesting is this new sub-genre in which heavy music is merged with dark, apocalyptic synth. They are removing the taboo for synths in heavy music.”