IT ALL started when we all lost hope,” joked Shamik Chatterjee, when we caught up with him for a chat before his band The Fiddler’s Green took stage at Someplace Else recently, having performed here last around two years ago. “How else would you justify it when men in their 40s meet in the evenings over drink and smoke, in a room that has the basic structure for making music?” quipped Chatterjee, a founder member of the band Cassini’s Division, who brings in a mix of influences from Afro, Spanish, Latin, Funk and more to their soundscape.

Explaining the genesis of the b a n d ’s n a m e, vo c a l i s t A rko Mukherjee explains, “Fiddler’s Green, according to Greek mythology, is a place without suffering where sailors, musicians, artistes et al go in their afterlife.” With a pan-Asian folk repertoire, they promise that their soundscape has the power to take you on a journey with them to the mighty mountains of Nepal, the alleys of France, and the coalmines of Purulia, to listen to stories of love, loss and life with the Batiyali, Baul, Fakiri, Goalpariya and others. 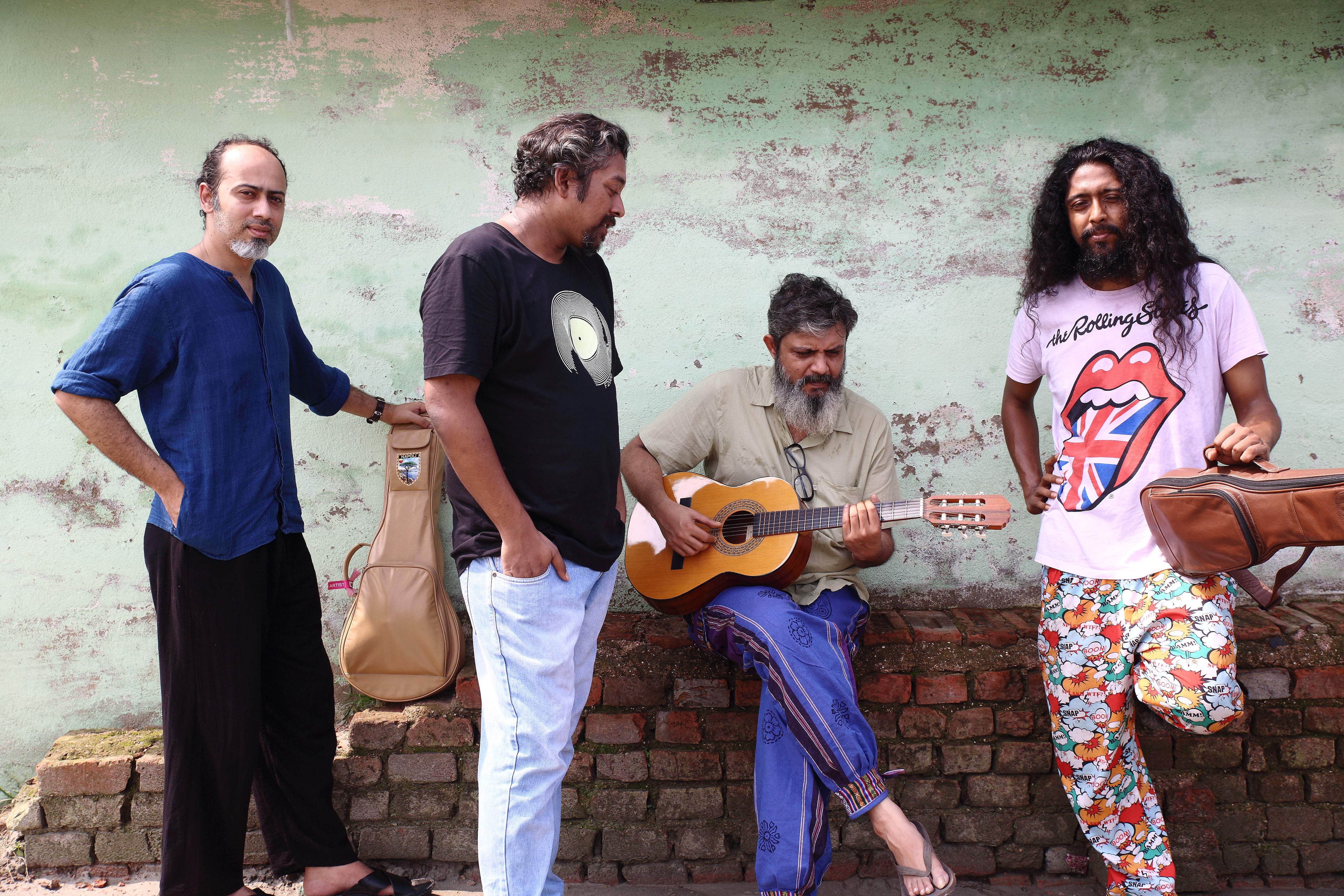 The band’s other members include Diptanshu Roy, who brings his unique style of bluegrass mandolin to the gang. Percussionist Ritoban Das further adds the rhythms of Central Asia, Africa and Latin America. With collaborations featuring outstation artistes and performances in different festivals, the band’s repertoire became richer and unique as time passed. The acoustic folk band works without any agenda, and that’s the reason they don’t have an album yet, something they are proud of. “How many bands are in this country or the world that play 15-16 gigs in a month, and still don’t have an album to their name? People choose us because folk music is the music of the people,” reasons Mukherjee, who has a flair for Western and Indian folk songs, blues and tribal music styles. He also plays the kazoo and ukulele with ease. But the band did make a video, pointed out The virtuoso, who has a high tenor and natural huskiness. They also have a new member now — Sayan Ghosh, the sound engineer, who brings his aesthetics to make the band sound perfect with whatever resources they have at a venue. He’s their new chef, as Shamik puts it.

Also, believe it or not, they don’t practise as much as before, say the musicians. “We practised in the initial two years. But in the last six years, we haven’t rehearsed much. We trust each other and get on stage and perform straight from the heart. That is still a practice. So, if it’s a French or American audience, we play a mix, but if it’s Bengali diaspora, we offer more of baul and fakiri,” says Das, a former member of the band Orient Express.

And what’s their future plan? “We would just love to travel, keep performing at festivals, and keep making good music,” says Arko.