Ahead of her India tour, rapper Raja Kumari talks about her foray into the world of hip-hop and working with AR Rahman

As far as hip-hop is concerned, Indian American rapper Raja Kumari has become a force to reckon with. Especially when you acknowledge the popularity of her music — City Slums, which also featured rapper Divine. Having made her debut performance at the age of seven, the music producer has co-written Iggy Azalea’s Grammy-nominated album The New Classic and not to mention, she has worked alongside producers such as Timbaland, Polow Da Don and JR Rotem.

The California-born artiste is known for her unique sound that blends Indian classical music with hip-hop, which has helped her create a niche in the international circuit. She also rapped the Bollywood number Husn Parcham for Zero, starring Shah Rukh Khan, Anushka Sharma and Katrina Kaif. Earlier this year, she released her second EP, Bloodline, which gained popularity for singles Shook and Karma and now you can see Kangana Ranaut perform to her vocals in Wakhra Swag from her upcoming film, Judgemental Hai Kya. Now, she’s set to get her Indian fans grooving, as she travels across the country with her Karma Kills multi-city tour. Ahead of her performance in the city, we catch up with Raja Kumari about her journey and shuttling between the USA and India. Excerpts:

What can we expect from your India tour, Karma Kills?
I will be playing songs from all of my past projects. There’s also a visual element to the show that helps set the tone and I hope the listeners feel it is nothing short of grand!

Take us back to your childhood, when you began to explore music. What were your first experiences?
My first experience in music as a child was with Carnatic classical dance and performing with a live orchestra. I was fascinated with all the rhythms and the sounds involved. As a teenager, I started listening to hip-hop music and found that this was the best way to express myself. 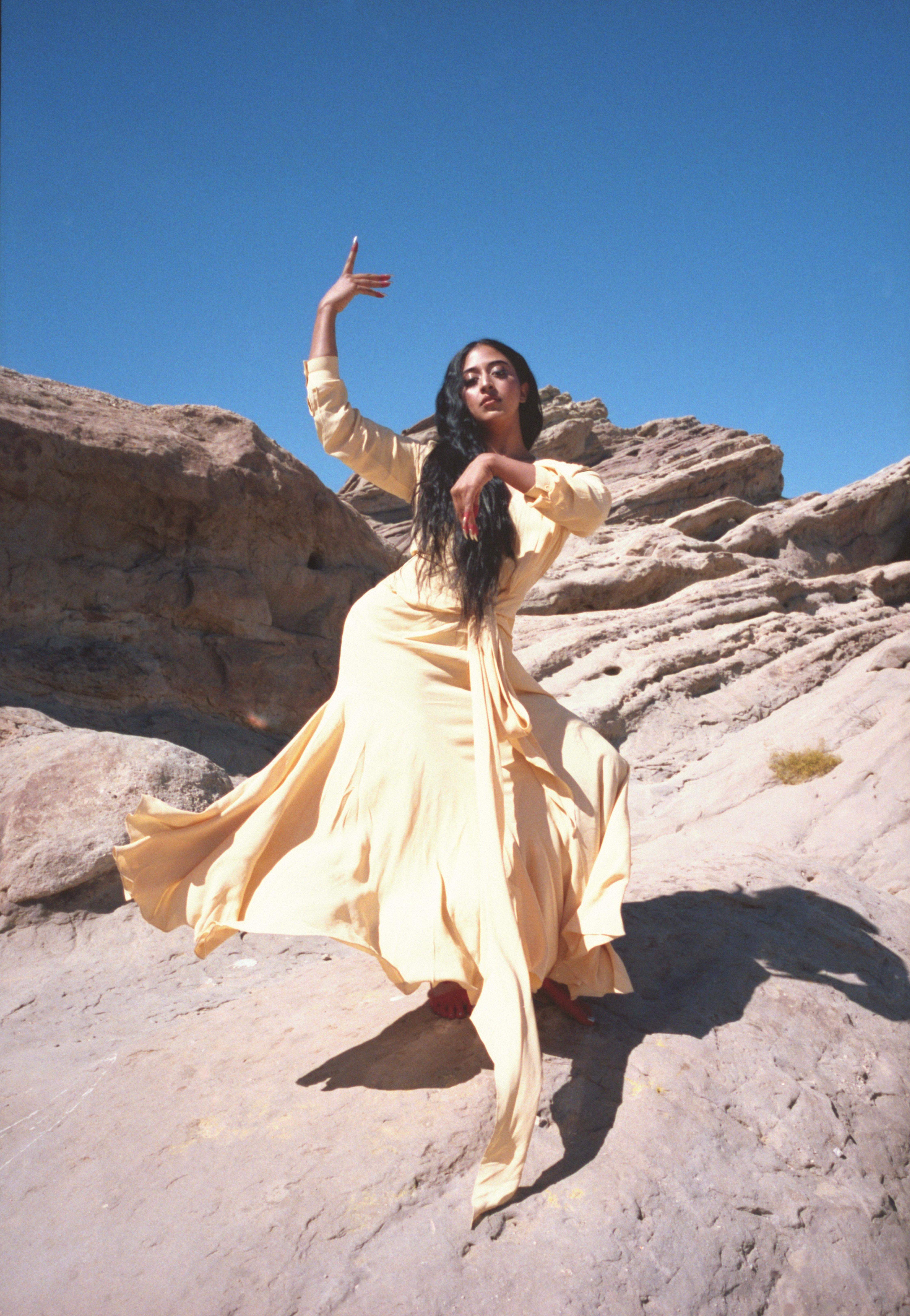 You recorded your first song at 14. What was the experience like?
I will tell you about an interesting anecdote. I remember seeing pictures of Christina Aguilera with one headphone off and I couldn’t understand why she was doing that. Then when I went into the studio, I couldn’t hear myself so I took one headphone off and thought “Whoa…Christina!”

How and when did you get into songwriting?
I quickly realised how much studio time was going to cost, so I wanted to find a way to be in the studio every day without having to pay the high fees. Being in the studio every day gave me an opportunity to not only practice but to learn from so many skilled producers and songwriters.

What were some of the challenges you faced when you started off?
My biggest challenge was making my parents realise that this was a real career choice and not just a passion. Also, there is a lack of representation, so it took a lot of time to convince people of my direction and understanding.

After relocating to Mumbai, you’ve worked with a list of top Indian musicians and celebrities including AR Rahman and Shah Rukh Khan. Did you watch a lot of Indian films, growing up?
I was raised on Bollywood films which featured Madhuri Dixit and Shah Rukh Khan. Growing up in America, away from India, that was my way to learn real Indian pop culture and it was always my escape.

Who are some of your musical inspirations?
I would say Sublime, Lauryn Hill, Tupac Shakur, Bob Marley and AR Rahman.

What are the future projects that we can look forward to?
I just wrote a rap for the song Wakhra Swag from the film Judgemental Hai Kya. I really loved seeing Kangana perform to my voice. I also have a new tour this summer, and will be a judge on MTV’s new rap battle show HUSTLE!