Mumbai-based Anand Bhaskar Collective has quite a loyal following across South India and their Shukraguzaar Tour is a tribute to the fans. The five-city tour takes the band to Hyderabad, Bengaluru and Chennai — their first public performance in the latter. “This tour is to give back all the love we’ve got over the years. After last season, we’ve received many requests from cities outside Mumbai, especially from South, from people who have seen us at a festival and wanted us to play in their cities. After Weekender Express Hyderabad earlier this year, the requests increased even more,” shares founder and lead vocalist Anand Bhaskar. No wonder their first stop in the tour is Hyderabad.

The five-member outfit will perform 17 songs from their two albums — Excuse Me (2017) and Samsara (2012), along with a couple of unreleased tracks. “We have a set list of songs we play in our gigs. Over the years, we’ve observed that our fans expect original songs and don’t find it repetitive, and also because we usually have a dozen new listeners watch us perform,” explains Anand. 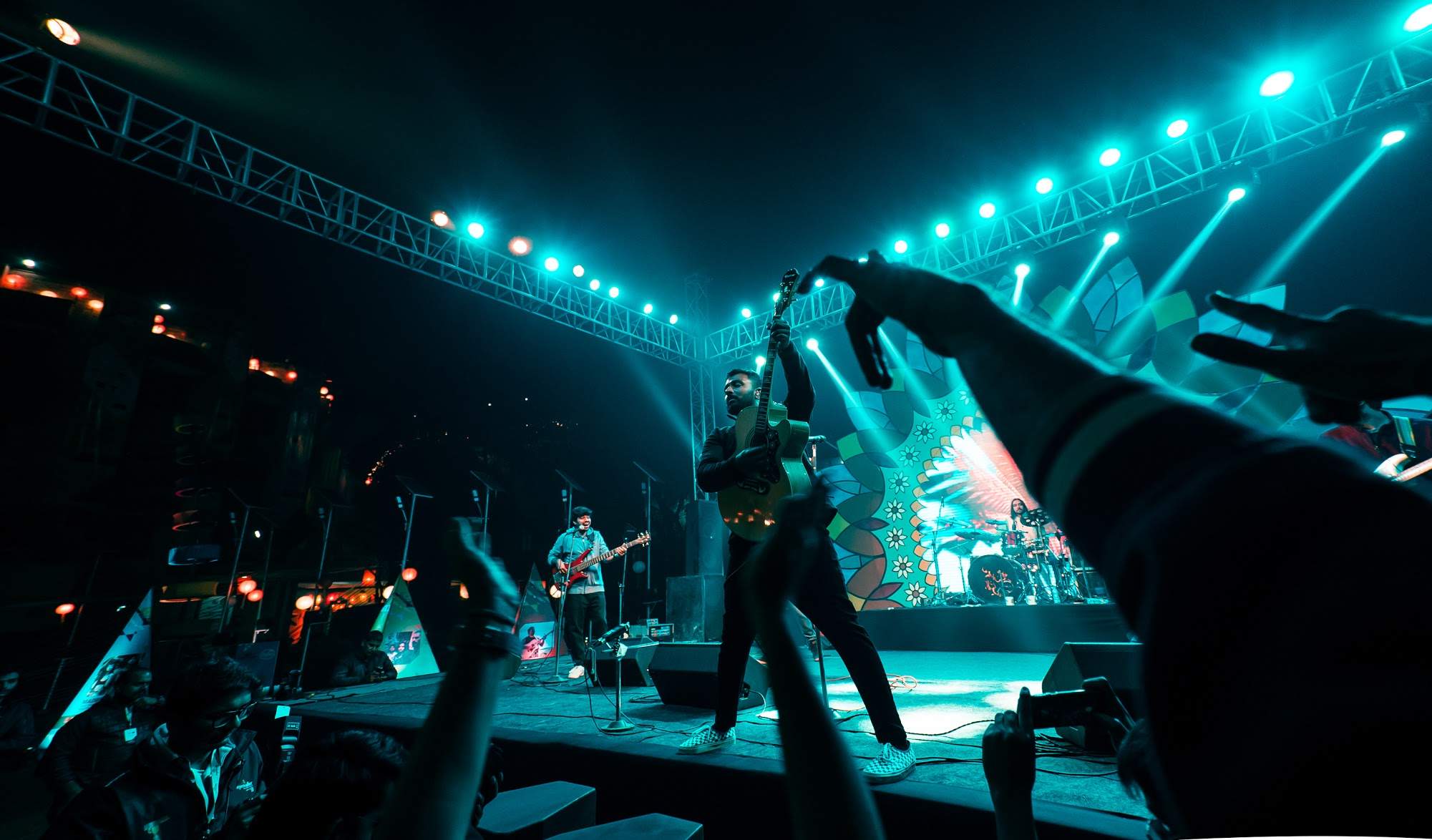 Although the idea to perform in these cities was in the pipeline, it all worked out when the band met Bengaluru-based Divya Vishy on her indie music podcast Discover Desi, who helped them curate the venues. “The reason we didn’t do a tour across South India was because we didn’t know many event organisers or venues to work it out. When Divya offered to help, we were more than happy to work it out,” he says.

The alternative rock band, that had a couple of changes in the line-up, currently comprises Anand, Hrishi Giridhar (guitar), Shravan Sridhar (violin), Neelkanth Patel (bass and backing vocals) and Shishir Tao (drums). The act describes its sound as alternative rock and fusion is known for blending Carnatic with rock and metal. Their lyrics in songs Hey Ram and Chewtiya for instance, are socially relevant and soulful, making them stand out amongst their contemporaries. “Our music has evolved in the last few years, thanks to each of our personal interests and influences. The new guitarist (Hrishi) introduced me to a lot of jazz, while he started listening to rock on my recommendation. This exchange and diversity can be seen in our music too,” says Anand. Post the tour, the band will start producing their third album, which they plan to release later this year.