Nirvana: A baby swimming toward a dollar bill, The Beatles: Four men walking across the street, Pink Floyd: A prism against a black background. These images have become so synonymous with popular culture that one glance at them and you begin to hear the music they represent.

Greatly evolving from the folded-over vinyl sleeves to the pull out CD liners and further to a thumbnail icon on our digital players, the dimensions of cover art may have greatly changed over the years. But, these pictures have imprinted themselves visually and acoustically in our collective memories that albums they encase have gone down in history—partly because of the music and partly because of the artwork.

Physical album covers are arguably less revered than they once were. But, now, cover art has taken the form of merchandise and is being endorsed by a large community of fans as fashion statements and as a way to express their personalities. While for the uninitiated, in an age where an infinite expanse of music is an app away, one visual hook may just be the difference between straying from recommended playlists to discovering a new artist.

This World Music Day (June 21), we take a look at artists from across the country who are creating distinct visual identities for musicians in India—some offering avenues into a band’s artistic statements, while others pursue it for the sake of art. 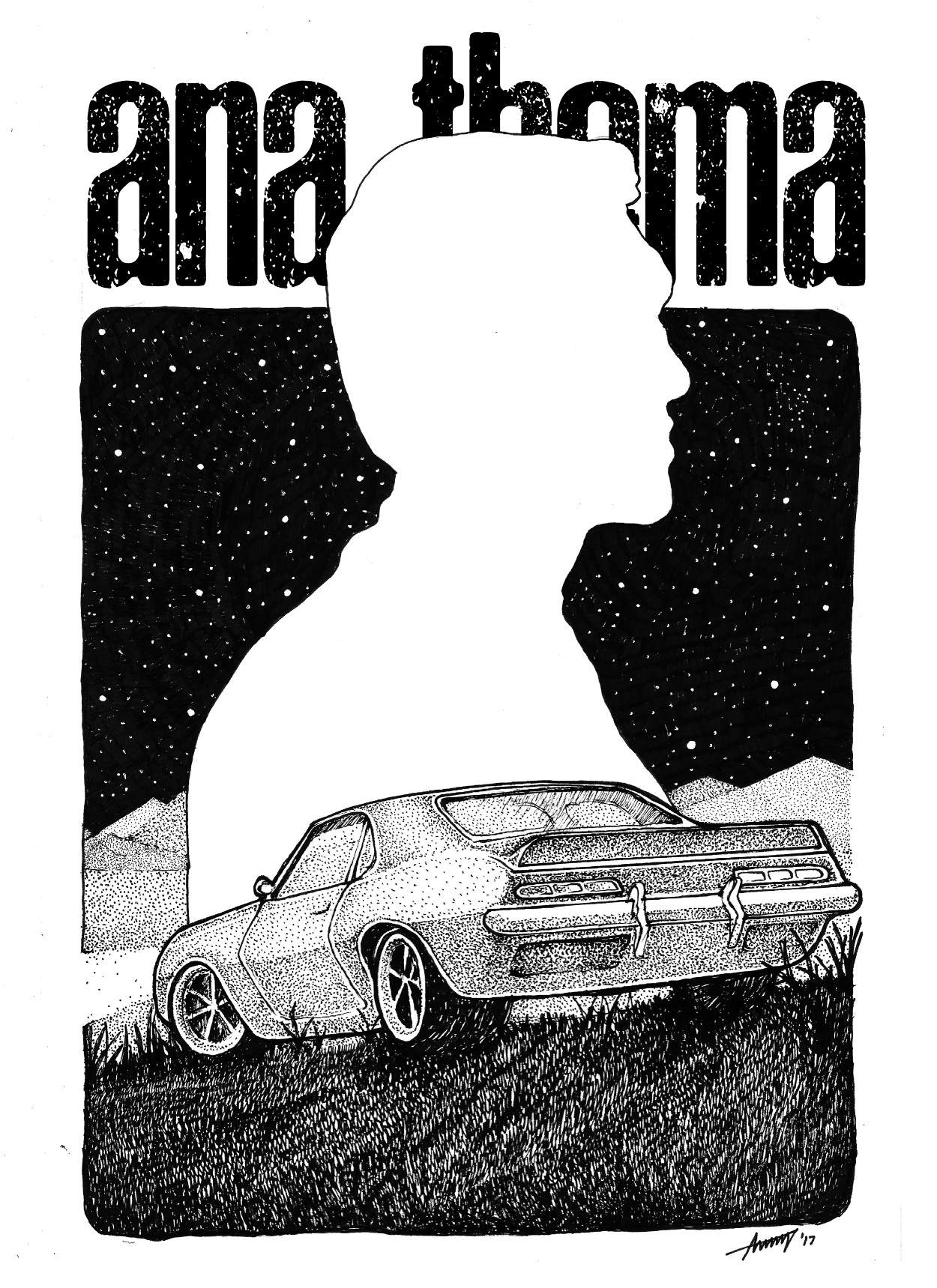 An obsession with heavy music while in college is what has made Anoop Bhat (@anoopkbhat) an illustrator for international bands. 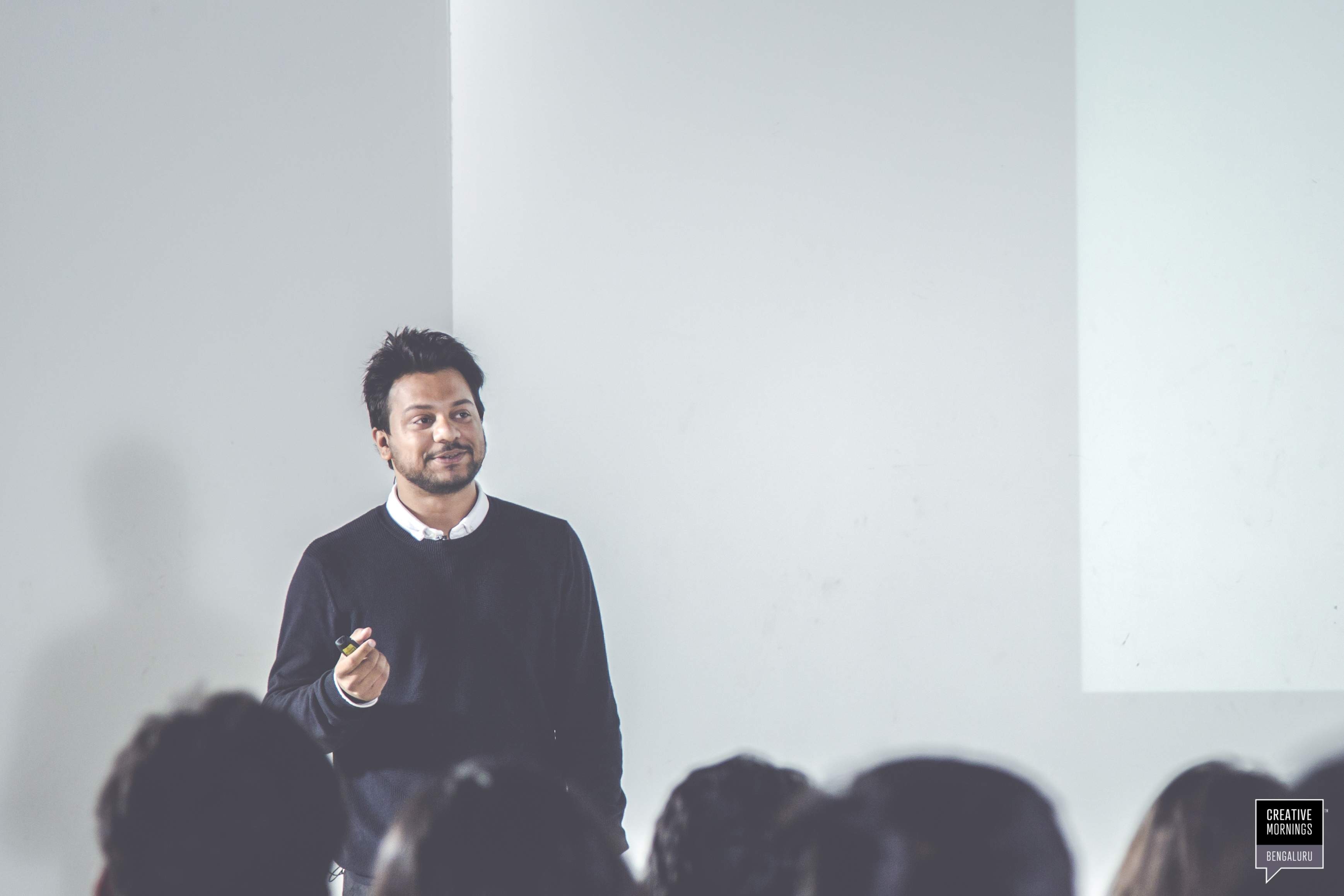 an bands from 2013. I also used to write music reviews for a UK-based webzine called Echoes and Dust and when one of their friends was hosting a show in 2015, I got to do a poster for a doom metal band called Conan and it opened up avenues,” says Anoop, who has done t-shirt designs for British rock band Anathema and Swedish progressive act Opeth.

His work has also caught attention around the country for his pen and ink style that’s mostly black and white with a few highlights. This 28-year-old says that the indie music scene in the country is still nascent and professionalism is yet to become a necessary ethic. But, he cites that it is slowly opening up to incorporate unique artworks as more musicians are travelling abroad and India is witnessing an increased number of international performances. Artistically inclined and part of a post-rock band, Manek D’Silva’s (@manekdsilva) induction into the album art scene came in 2007, when he created the cover for his band called Slain. Fast forward to 2019 and the Bengaluru-based illustrator has worked with biggies like Raghu Dixit, Funktuation, Brodha V, Lagori and acts like Best Kept Secret and Perfect Strangers.

Known for his rich detail, vibrant use of colour and cheeky sense of humour, this 29-year-old’s pursuits 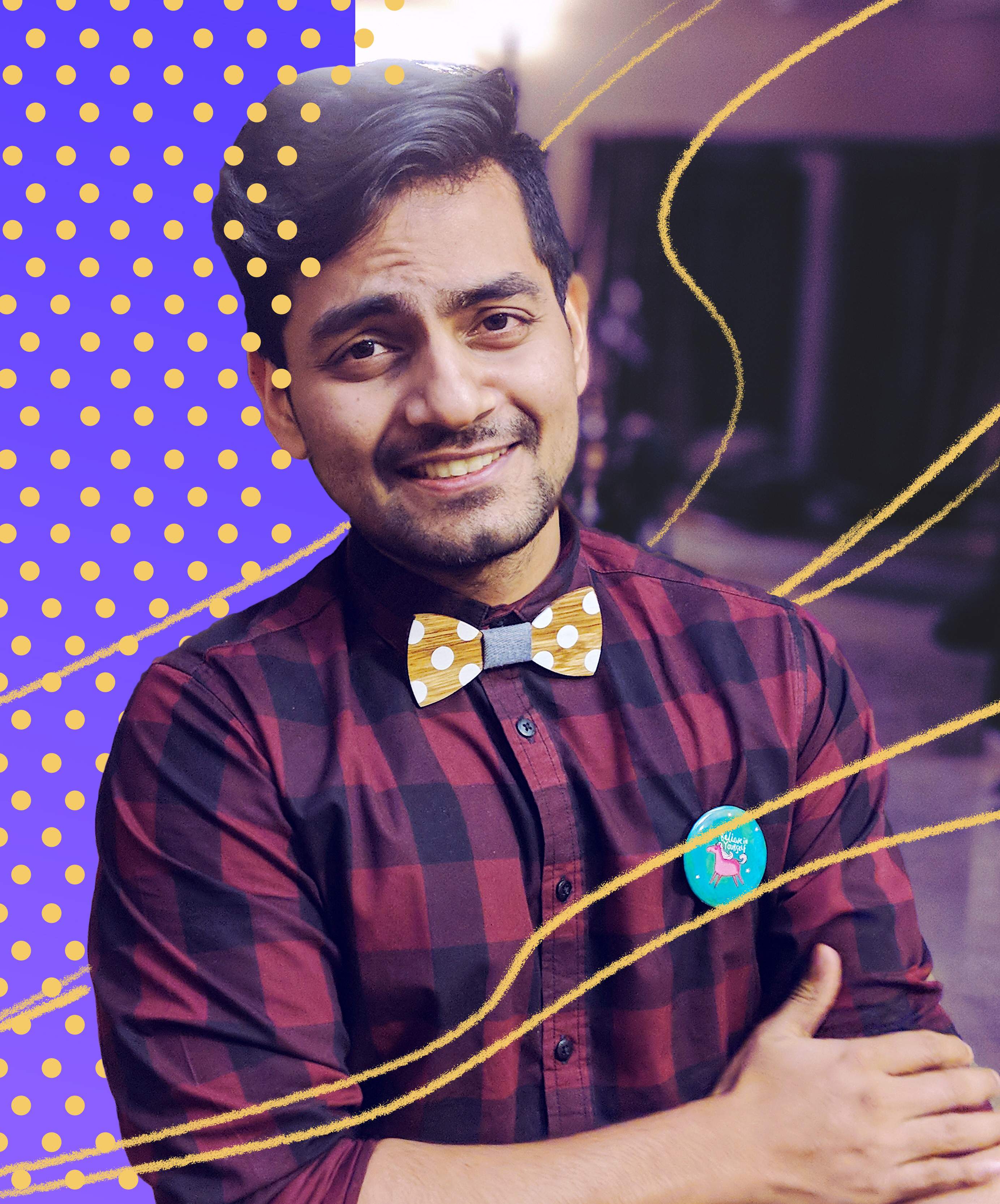 include sketching and colouring for his adventure comic, Bonabyl, that in turn fuels his style. Exploring futuristic designs rooted in traditional Indian techniques, Manek’s album art for Funktuation’s, Kutcheri, that featured an Indian dancer in a futuristic hip-hop avatar, perfectly sums up his design sensibilities.

“Every musical genre has its stereotypes. The easiest way to make a design is to be conscious of these tropes and then decide how to break it.” Despite his more well-known collaborations, Manek picks his project for Perfect Strangers —where the album art transformed into a 3d rotary phone —as his favourite self made artwork. Doodling was what raised Aaron Pinto (@kidsquidy) from an intern into a career as a designer/illustrator with MTV. Even though he assimilated the necessary skills at the firm, his role as a drummer in two metal projects is what really provided him with an impetus. 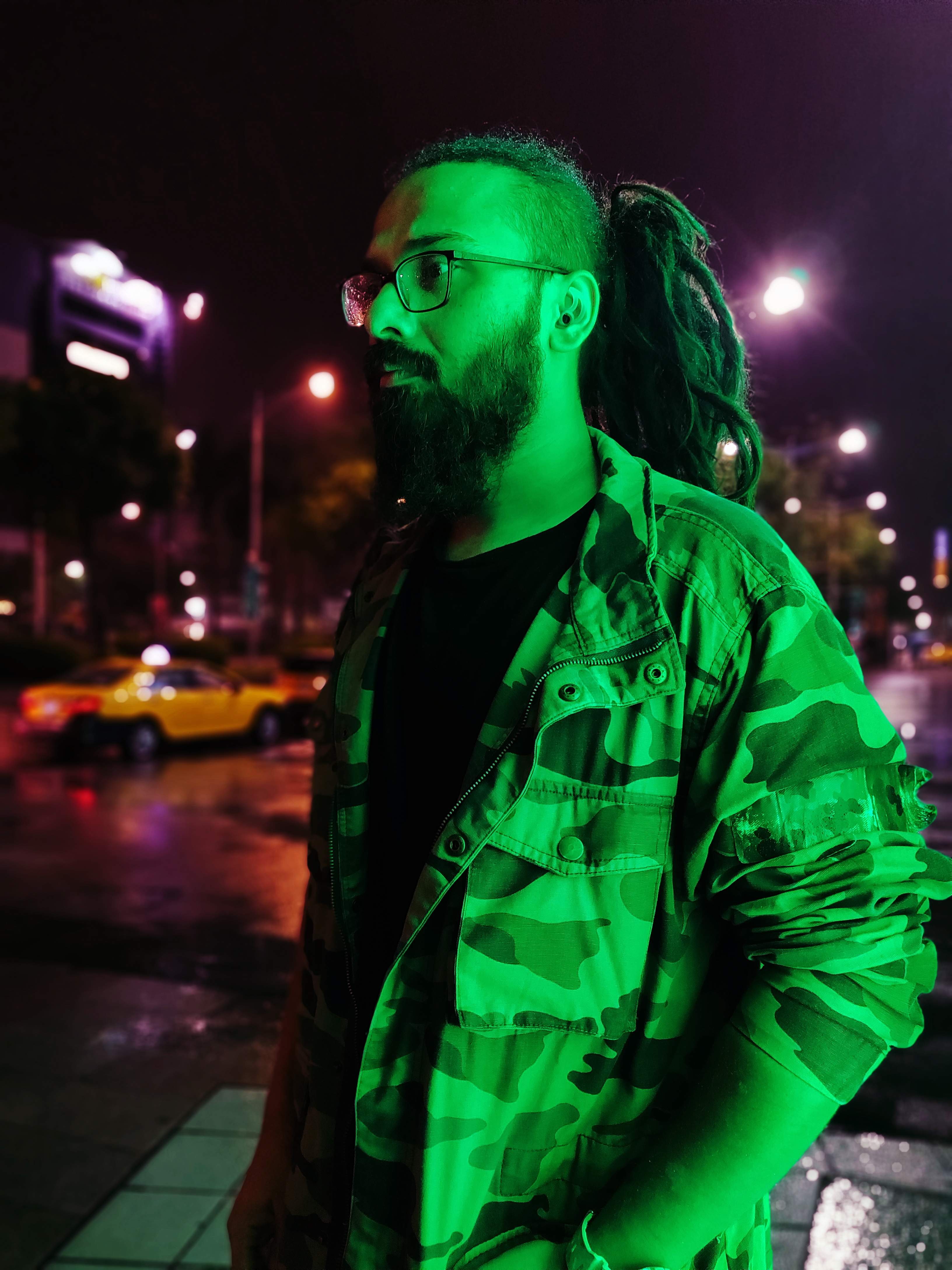 our debut EP in 2011 and it went on to win Best Album Art category at the Rolling Stone Metal Awards,” says Mumbai-based Aaron. His designs stand out for their detail and high contrast colours; especially by breaking the dark colour schemes of metal as seen in the use of pink in Gutslit’s latest merchandise.

“We’re serious musicians but don’t want to take ourselves too seriously. I use pink in a way in which it fits the aesthetic of the project and is still metal,” says the 30-year-old. Even though he is popular in extreme metal circles, Aaron likes to explore other musical cultures as is evident in him designing tour posters for Punjabi singer Diljit Dosanjh and the cover art for a psychill compilation called Soul Curry. 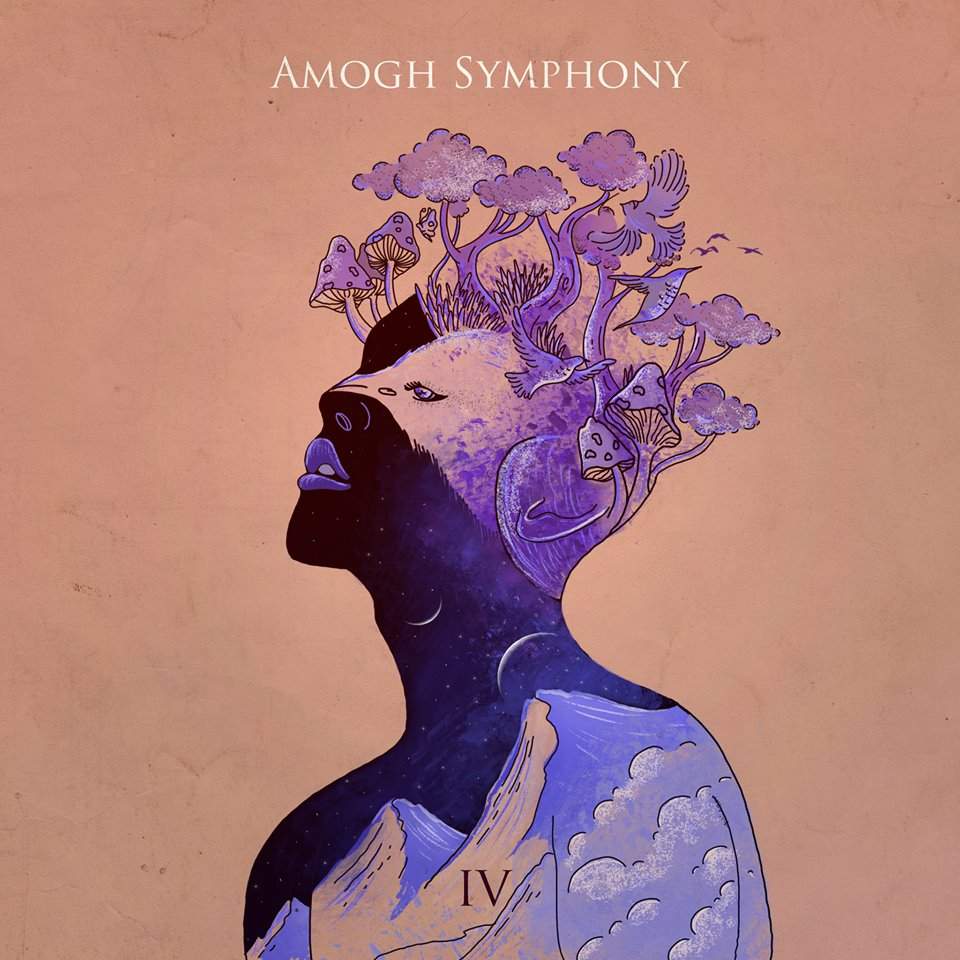 Word of mouth and later the wide reach of the internet is what got her a lot of inquiries, as per this Bengaluru-based illustrator. An interest in music, and amateur musician friends who needed artworks was how Saloni Sinha (@morbidillusion) stepped into the visual art scene in 2006-07. Having worked with the independent music scene for over a decade, she says that her art also evolved with her taste in music.

“Earlier my go-to tunes were rock or heavy metal. My preferences opening up to jazz and lo-fi has 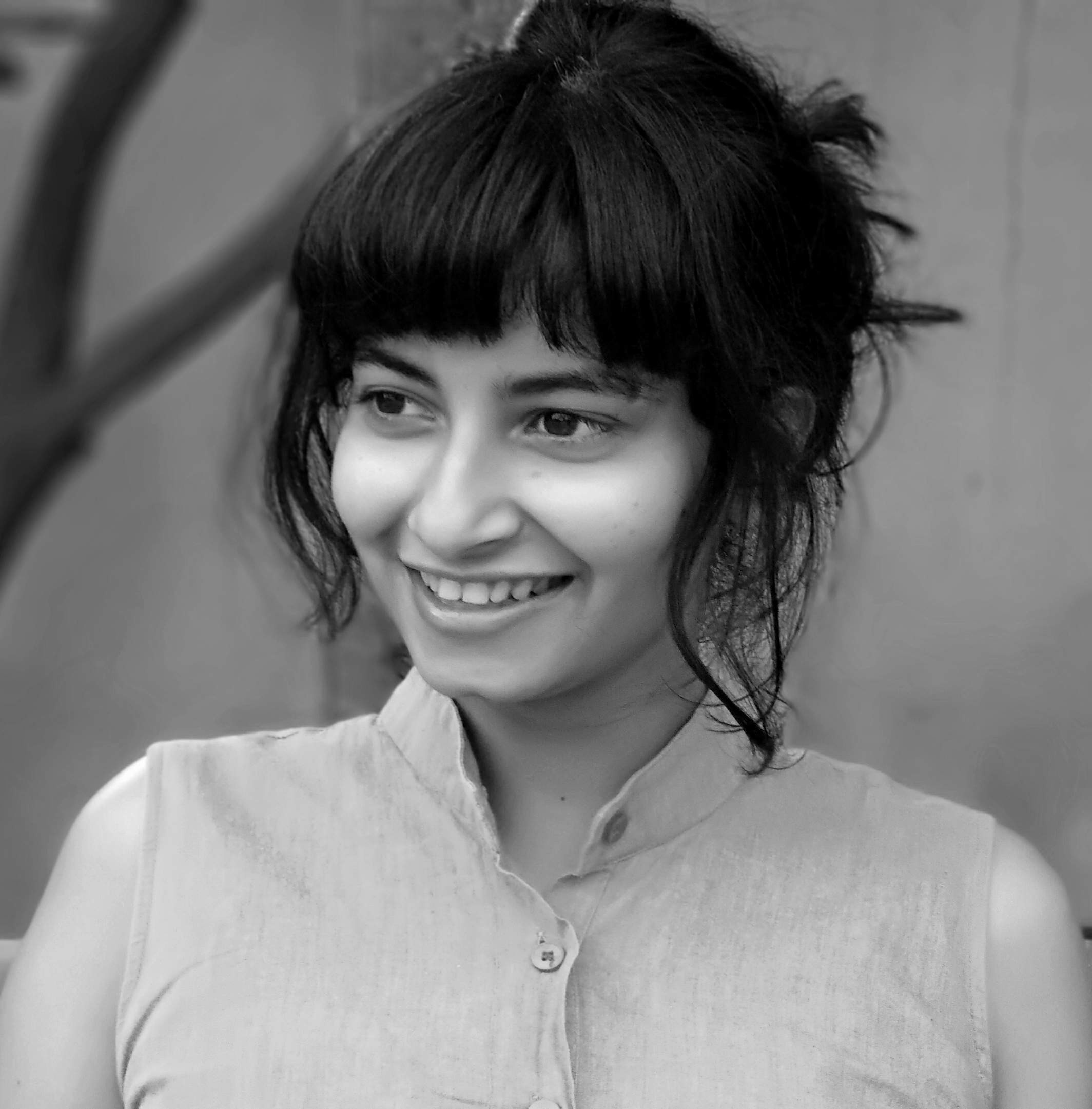 imparted an element of fantasy and dreaminess to my work,” says Saloni, who has designed for metal project Amogh Symphony and ambient act Riatsu, among others.

The 31-year-old informs that an artist’s role is to help musicians visualise their ideas and then add layers to it. So, her working style involves a lot of conversations with the bands, listening to their tunes, and playing around with colours and rendering styles. Keeping a day-job as a designer, she is currently keen on developing her drawing skills over digital work to stay away from the computer screen! 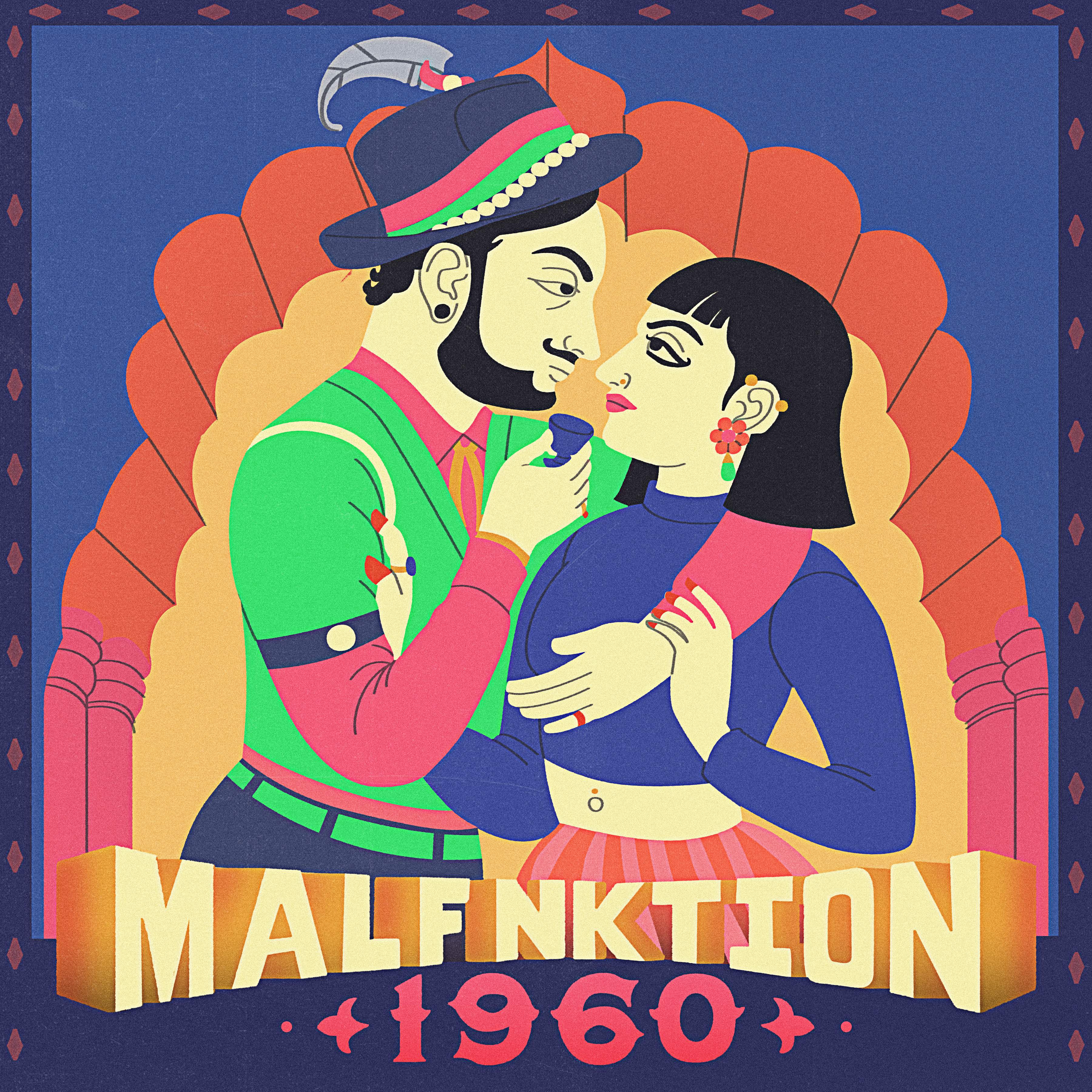 The advent of the digital age is not necessarily a bad thing, believes Nikunj Patel, creative director at Studio Moebius (@studiomobeius).

“There’s a lot more to an album’s cover than just that single square image. It is about constructing a brand identity for a sound,” explains the Mumbai-based artist, who has been involved with the indie scene, designing cover art and music videos for Sandunes, posters for artist management agency Krunk and merchandise for music festival Control ALT Delete.

Largely influenced by 2D animation, the 26-year-old’s visuals are often narrative driven and exude a 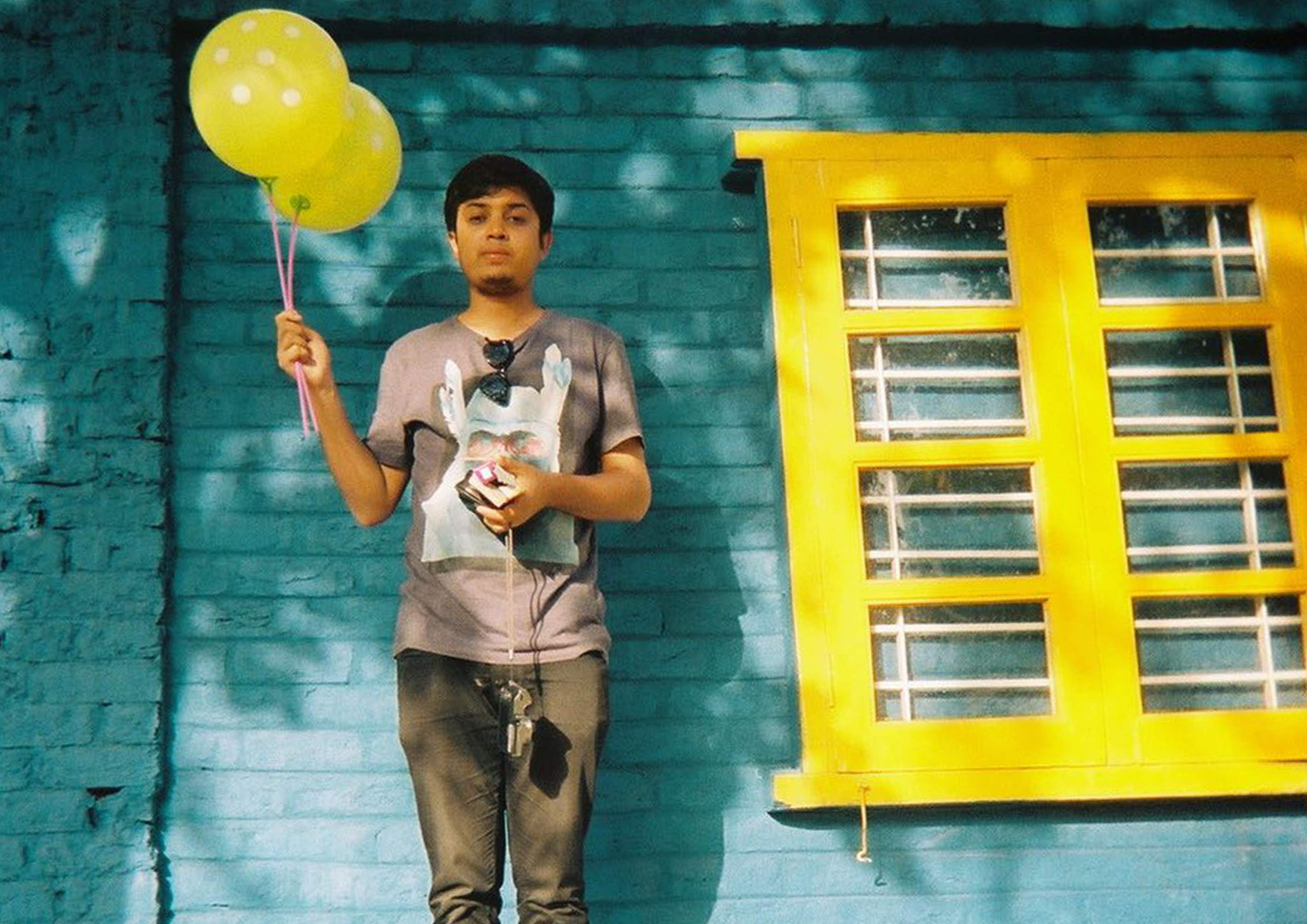 sense of motion. So, it comes as no surprise that the NID graduate’s skills extend to him dabbling as a VJ for Magnetic Fields and more recently designing a stunning 60-minute audio-visual set for Aquadominatrix’s dark synth-pop album, Flesh.

“In a day and age where creative content has a limited shelf life, creators need to work out a formula where content can be repackaged and presented to the audience.” Fresh off a nationwide tour featuring Flesh, Nikunj’s visual set has been lent out to properties across the country for limited use. Bengaluru-based Gaurav Basu (@acid_toad) developed an interest in the visual art scene that ran parallel to the international heavy metal culture while his band Inner Sanctum was actively playing gigs.

“We started out by creating event posters promoting our 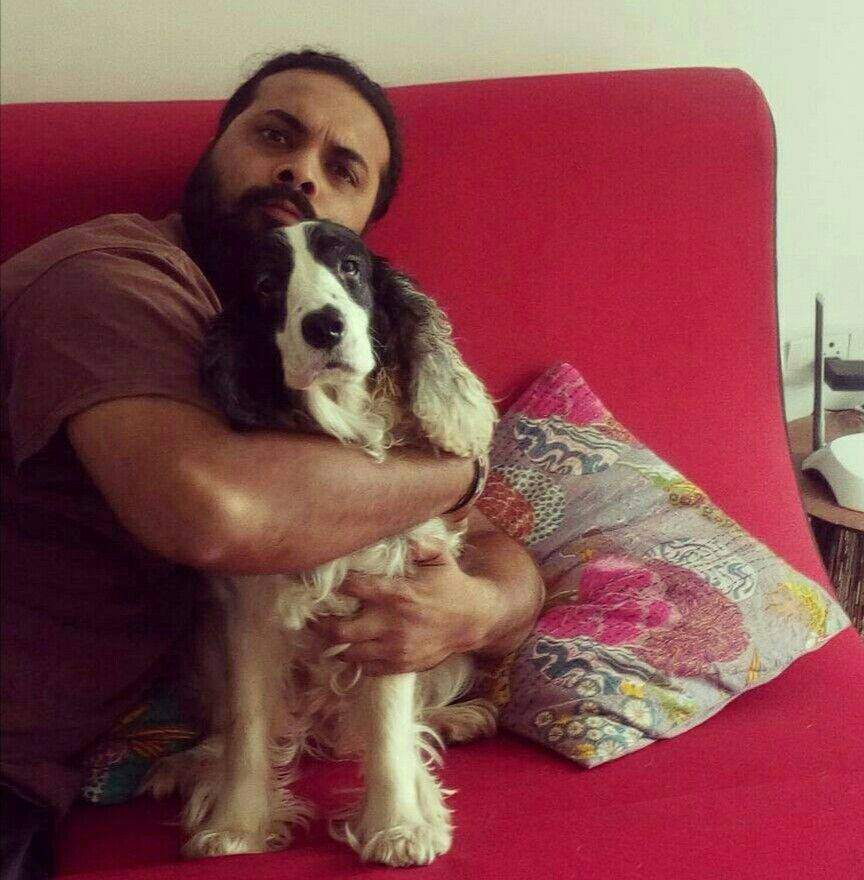 own band in late 2008 and faced flak from other acts who thought we were trying to steal the show. We had to explain to them with examples that this was how the community abroad grew,” says Gaurav. He broke into the scene with a t-shirt design for one of India’s oldest metal bands, Demonic Resurrection, and later diversified into other musical styles like fusion and electronic music because, “there are only so many monsters you can draw,” as he puts it.

This 32-year-old also finds inspiration in the fact that many international illustrators who started out with independent music later branched out to Hollywood and movies, and runs a design studio by named Krack’n Inc to work with brands. He is known for an extravagant yet judicious use of contrasting colours, which he admits to going about instinctively than with a plan.

On our radar
Though our list is not exhaustive, here are other the artists who are transforming indie music’s visual scape.

Madhav Nair - An illustrator from Bengaluru, who goes by the name @deadtheduck on social media, Madhav’s colourfully grotesque images feature on record sleeves for Disco Puppet and artists under Knowmad Records

Sonali Zohra - Known by her moniker @dangercat, this Bengaluru-based illustrator’s music projects include album art for sludge band Shepherd and alternative rock band May Island, among others

Poster girl
In a world where nostalgia is shaping up to be a multi-million dollar industry, the collection of memorabilia that the Indian Gig Poster Archive has built up from scratch is no small feat. To begin with, the archive comprises of more than 300 original artworks, of mostly independent music gig and tour posters sourced from all over India.

“I already have a huge backlog that needs to be uploaded to the website,” begins Mohini Mukherjee, who runs the website.
A standalone project, solely initiated by the Mumbai-based graphic designer, Indian Gig Poster Archives went online towards the end of 2018.

Created by the visual artist who had previously collaborated with bands and worked with art and design products at Kulture Shop, the 26-year-old felt a need for a repository of memories that alluded to a physical event. “Most gig posters are created with such love and under strict budgets, but rarely make it off bands’ social media pages. Rather let them fade into obscurity, I wanted to create an accessible space where people could appreciate the effort put in.”

Sorted, not only according to the city of the gig but also by the individual artist who created the image, the website gathers its material via the internet and also has a submit section. “A lot of the visual designers are from within the music scene. They are either fans of the genre or even musicians,” she says, adding that the portal also acts as a self-sustaining ecosystem through which musicians, designers and promoters can network.