Alliance Francaise Hyderabad organises Via, a performance of Chinese pole, Kalaripayattu and music

Imagine a performance featuring martial arts and Chinese pole act! Alliance Française Hyderabad is curating one such unique showcase, titled Via, which brings together Kalaripayattu and the Oriental art form. Themed around the cycle of life, Chinese pole artiste, Ode Rosset, says, “Through Via, we want to talk about the common threads that connect all human beings. We treat each show as a new canvas for us to express ourselves.”

An alumnus of National Centre of Circus Art in France, Ode spent six months in South India to learn Kalarippayattu under Baiju Varghese Gurukkal of KJV Kalari. Although she learnt martial art, she continued to visit Kerala to hone her skills and understand the movements better. Meanwhile, she also started Via with French musician Jerôme Cury and singer Fatima El Hassouni in 2015 and visited India with her troupe. 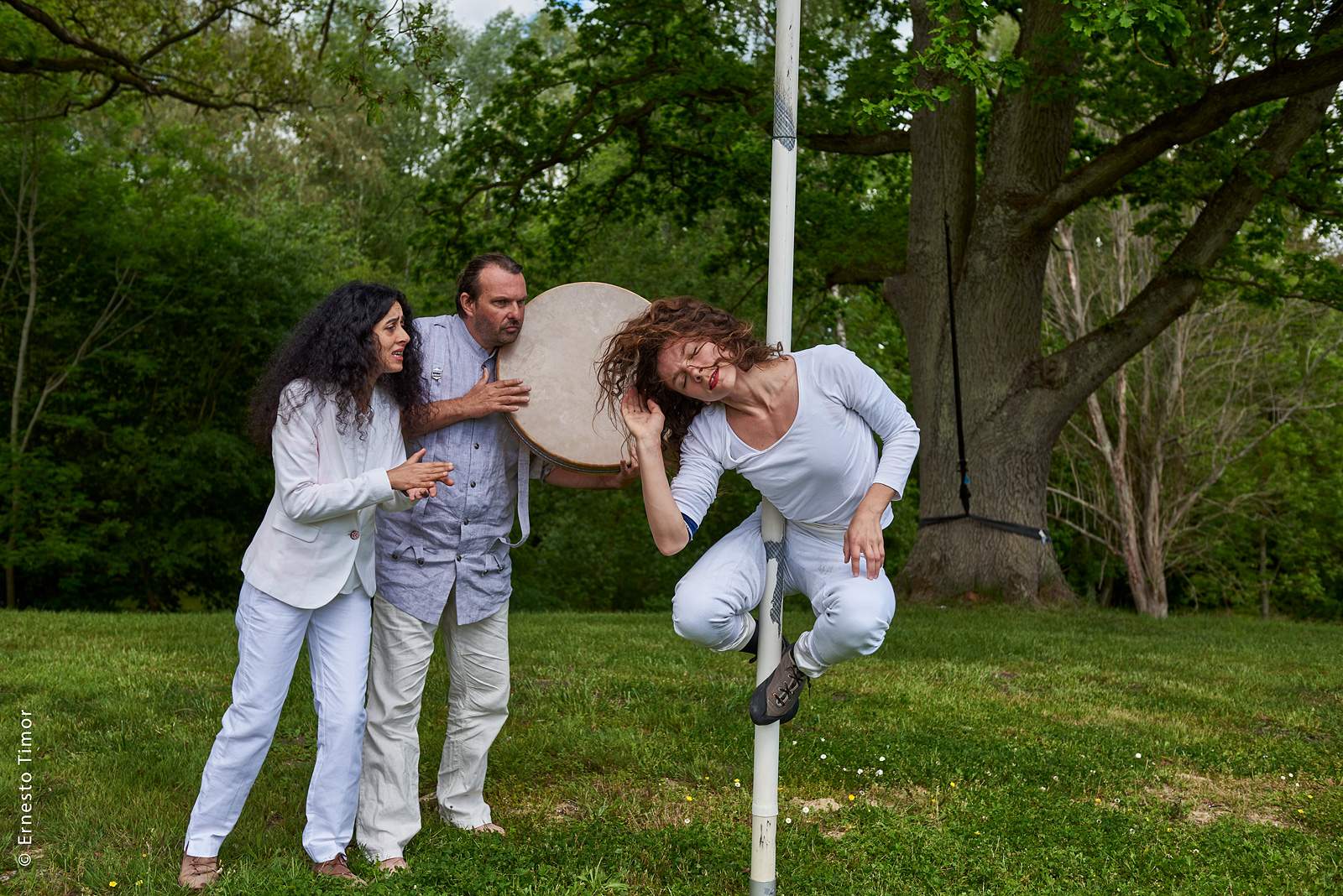 “I was in France for three months, exploring and understanding French and European art forms. After trying fusions of music, pole and Kalaripayattu, we decided to collaborate,” says Kerala-based Kishore CK, a champion of the martial art form. This weekend, Kishore and Subheesh PB, along with the trio, will display an artistic performance of Chinese pole, Kalaripayattu and music.

Jerôme Cury
After 15 years of music academy experience and playing at many classical orchestras, Jerôme performs various genres including rock, jazz and blues. He has also worked with the legendary French artistes including Michel Blanc and Frank Vigroux.