KEEPING the flame of blues alive, Arinjoy Trio launched their eponymous album recently in Mumbai at the Mahindra Blues Festival. After jamming with their mentor Amyt Dutta at a city hotel, the trio — Arinjoy Sarkar (guitar & vocals), Aakash Ganguly (bass) and Sounak Roy (drums) — chatted with Indulge about their new album, which is available online, and why they’re unstoppable as a band. Excerpts:

Tell us about your debut album.

Arinjoy: I’ve been playing blues for a while, and it has been four years since we’ve been playing together as a band. We’ve always thought of playing original blues music, so the album is an a m a l g a m a t i o n o f basically whatever influenced us — Chicago Blues, Texas Blues, Delta Blues, and some contemporary stuff as well. You will find some funky, some traditional and also some solo tracks, like from the 1930s and ’40s, among the seven songs. You’ll find influences of BB King, Buddy Guy, Albert Collins and others in the album.

Why was the album launched in Mumbai and not here in Kolkata?

Aakash: Mahindra Blues Festival is one of the biggest music fests in Asia. It was a huge opportunity for us to play there, and release the album. In fact, though the idea of a debut album was always there, we were not really pushing the pedal to the metal. After winning an all-India competition in which Ehsaan and Loy were judges, we were asked to open the festival, and we took the chance to launch the album there. 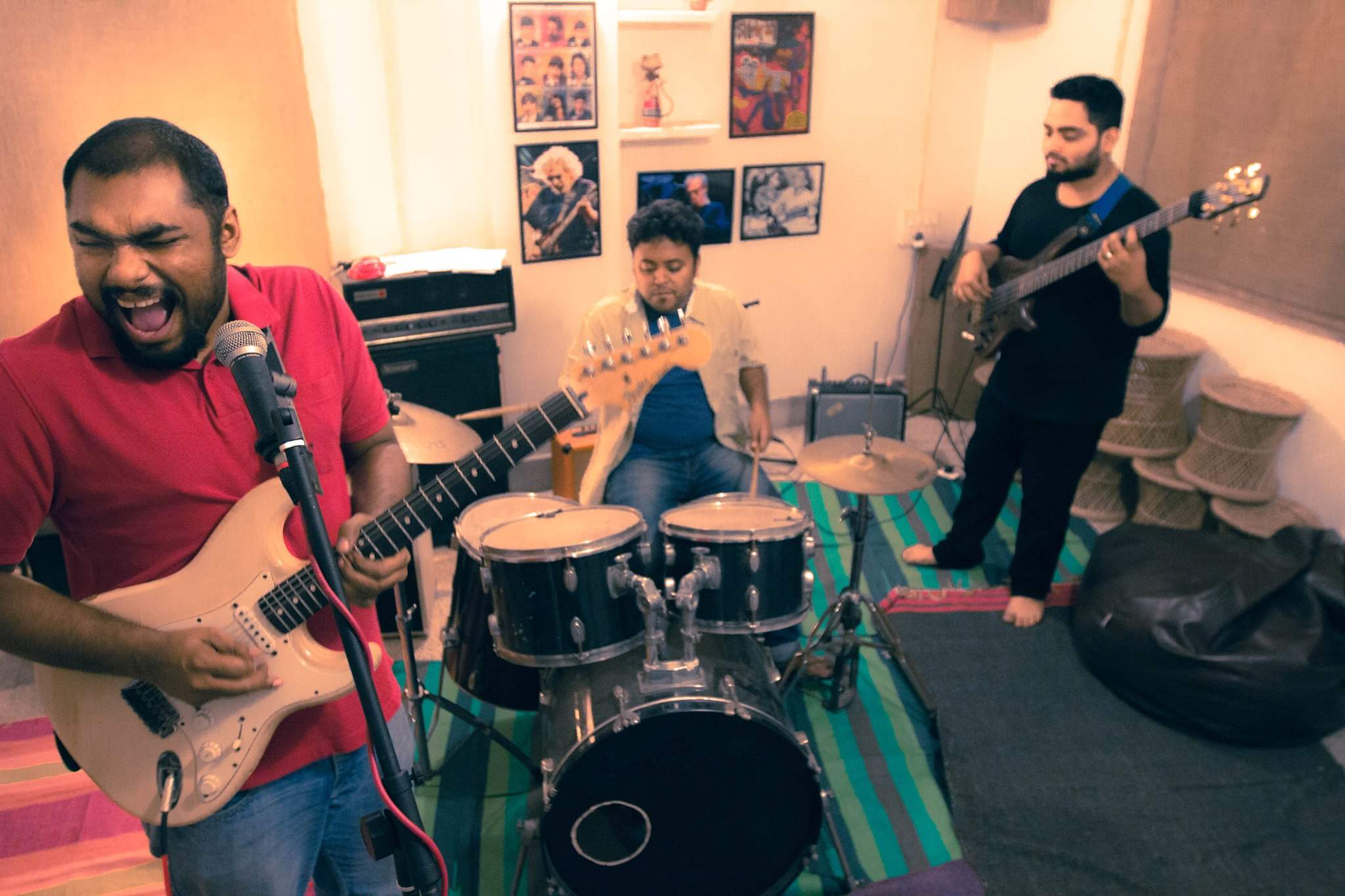 Tell us the story of the Arinjoy Trio.

Arinjoy: We all used to play for Jack Rabbits, an original Bengali band in 2013-’14. As I was always interested in doing something for myself, we started jamming separately as a trio.

Sounak: I was more into funky stuff like Tower of Power, Sly and the Family Stone, James Brown and so on. To know more about them, I had to get to the roots and blues was the fundamental point. So, I started studying more about the blues and that clicked with the band.

Aakash: I had similar tastes and I was also more into the funk. I played progressive rock and metal at Jack Rabbits. But I now play blues and jazz fusion.

Does the odd number of three work well for all of you?

Arinjoy: Commercially, it’s good, given the kind of budgets that most organisers have. This format is intimate, and too many cooks spoil the broth. We might collaborate with other artistes in future but the energy of three is good enough.

Kolkata doesn’t have much of a blues scene. How do you hope to change that?

Arinjoy: Kolkata doesn’t have any scene. Though some venues are welcoming the genre, there is a dearth of original venues in the city. We travel to Delhi, Mumbai and Bengaluru, where there are more venues that are into original stuff. We are trying to spread our music, but on the larger scale, not much is happening. We are hopeful though.

Any collaboration in the pipeline with Amyt Dutta?

Arinjoy: He is the one who brought me into the blues, in 2013, when I was in 11th standard (in school). He has been a father figure to us, and helped us produce the album, and made it better. He will definitely be in our next album.

So, the idea for the next album is already in place?

Arinjoy: We are not going to stop. Right now, we are attempting to release one album every year. There is always a demand for homegrown blues artiste, and we hope we are up to the task.