Cricket fever is almost upon us, with India's first matching looming over the weekend. With everyone on the edge of their seats, Indian skipper Virat Kohli is here with an adrenaline-popping anthem, in collaboration with Puma. The head-bobbing Chakravyuh Mein SockThem takes inspiration from Virat Kohli's fantastic century that he scored against Australia in the 2nd test match in Perth, last year. Upon scoring a century, Virat is said to have taken off his helmet, pointed at his bat and gestured the "bla bla bla" movement saying, "I let my bat do the talking." Since then, the cricketer has gone to silence critiques, and has used this song to do the same.

An incredible innings from a remarkable player. What a celebration from Virat Kohli! #AUSvIND pic.twitter.com/kTHMmycfFb

The SockThem anthem is composed by Gully Boy's Divine, who collaborated with Puma back in 2017 for Suedy Gully, which had dance movements and cultures from across the country. The entire anthem is choreographed by the recent ‘World of Dance’ winners Kings United who literally shocked the world with their performance! Alongside them, the anthem features other PUMA ambassadors too, led by none other than Olympic gold medalist and six-time world champion – Mary Kom. 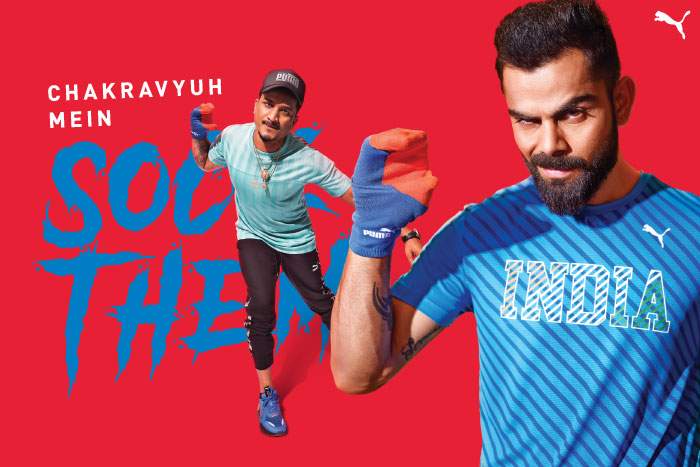