Life could have turned out so differently for Chris Adler. The man who became one of the most revered musicians of the generation and metal’s top innovators didn’t always play the drums. He was, originally, a pianist by training. The two-time Grammy Award-winning drummer had spent eight years of his early childhood learning to play the piano on the insistence of his mother. But only to, later on, discover Aerosmith at the age of 11 and decide to pursue the bass guitar instead —  giving him the chance to tour the US with several amateur bands between the years ’91 and ’94.  “Growing up, I was always an awkward child. Music allowed me to interact with people I otherwise had nothing in common with. I always knew that music would be a big part of my life. I just did not know how.” 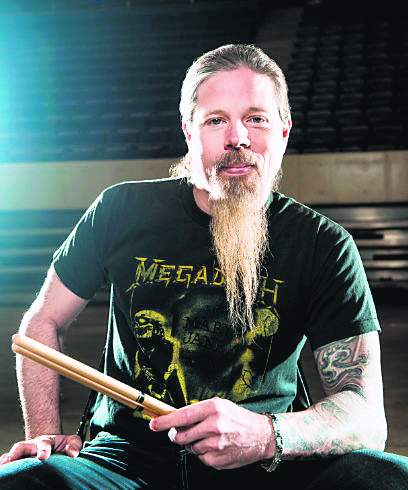 Heavy dynamics
It was on this foundation that Chris Adler, along with friend John Campbell, began working on a sound that would form the rhythm section of their project, Burn the Priest — a precursor to what would become the metal juggernaut, Lamb of God — in 1994. The then 21-year-old was still a novice at the drums, after all, he had only been introduced to the instrument at the age of 19. A decade later in 2004, Lamb of God’s first full-length offering, Ashes of the Wake, landed in the 27th spot on the Top 200 Billboard Charts and earned Chris the milestone title of being  ‘a landmark to judge all extreme players.’ “When I started playing (drums), which was a little bit late, I had already gone through those teen years where you idolise a certain band or certain guy. So, when I got around to listening to what I liked, it wasn’t about following a particular band that was cool. It wasn’t drummer-specific. It wasn’t always even metal players. It was more about what the drummer was offering to the band,” says the 47-year-old, who was in Chennai recently as a part of an all-India drum clinic held across cities like Guwahati, Mumbai, Bengaluru and Hyderabad. 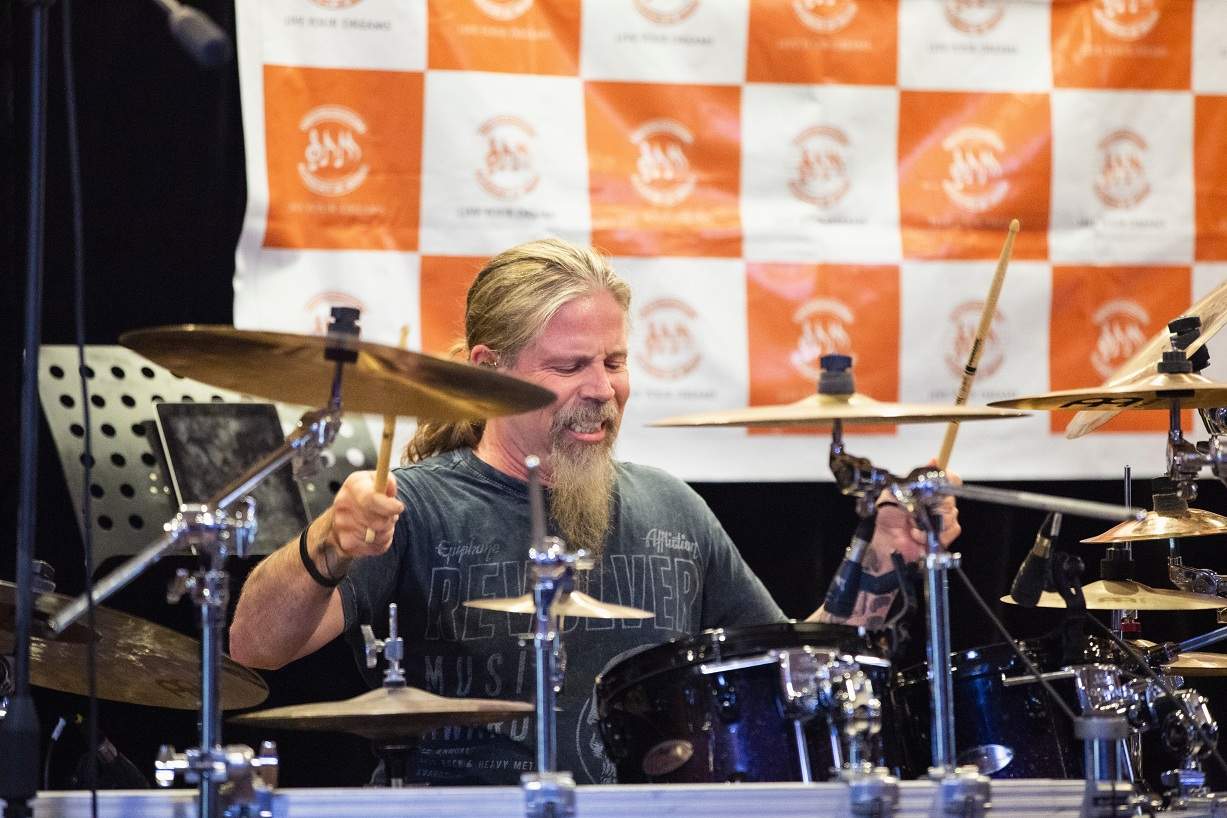 Rhythm coordinates
A figure in the industry who has worked with a number of projects (besides his former mainstay Lamb of God) from heavy metal legends Megadeth and progressive metal supergroup Blotted Science to even glam metal band Nitro, Adler’s signature double pedal bass runs and grooves are representative of his novel approach to the instrument — playing the drums as one would play the guitar. “I try to play them musically. I add and subtract things and try to syncopate with what is already existing in the music,” explains Chris on the sidelines of his two-day session held at the Swarnabhoomi Academy of Music.

Ties that bind
Acknowledging the end of an era after his exit from his 26-year-old outfit, Lamb of God, that left fans shattered, one can rest assured that this will not be the last of his sonic expeditions. Addressing the split in a radio interview ahead of the workshops, the drummer had said, “I had a dream when I was a 14-year-old, and I’ve been very fortunate to go around the world several times. We’ve played the arenas, we’ve had the headline slots, we’ve kind of done everything that there is to do. I just don’t really feel the need to continue to do it and miss time from my family.”  This stance Chris continues to maintain, saying, “Between choosing to keep the friends or the business, I chose to keep the friends,” adding that his work in the industry, for now, will majorly be focussed on his year-old record label Kintsugi Management. Global metal
Keeping his fan network tightly knit through interactions, Chris has been hosting drum clinics since 2008 and will continue to do so. “I am this rock ’n’ roll kid who learned to play the drums by watching people. I don’t know the technical language and instead of trying to fumble over the words, I tell people my story — about how I started, about the gear that I use and why I use it.  I like to interact with the fans and hope that, in the end, I inspire people to want to go and play.”

While the extreme drummer is known for his signature tattoos, hair and beard, the Richmond-born musician is also a fitness junkie, vegetarian and has even volunteered for the youth wing of PETA — breaking stereotypical clichés that are often used to paint the heavy metal genre.