For the uninitiated, the Telugu language consists of syllabic letters — like most Indian languages, which means each letter is built up of consonants, attached to an inherent vowel. So for Pranav Chaganty to write philosophical, self-explorative lyrics with just two base syllables, ‘Na’ and ‘Ma’ was a challenge and a pleasure. The city-based rapper, who is known for his rap songs in Rajinikanth’s Kaala, has been receiving a positive response for his latest track, Modern Dvyakshari. With backing beats by Waseem, the song has received over five lakh views on YouTube in two days. “Dvyakshari literally means ‘of two letters’. With just these letters, we can put together a complex thought. Ekaksharis (one-lettered) and Dvyaksharis were common in royal courts. It is an existing format that I am trying to revive,” shares the 20-something-year-old. 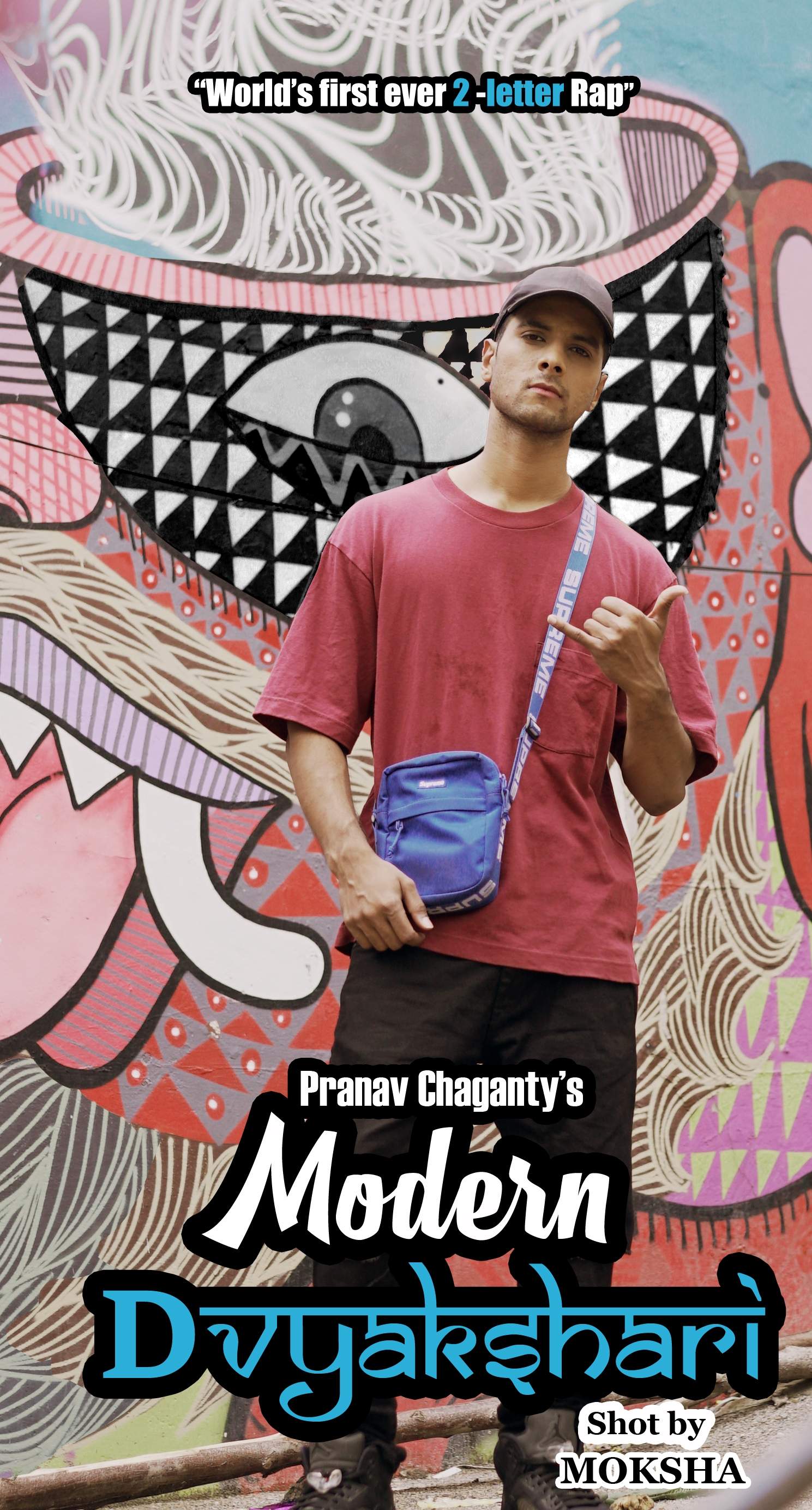 Using vowels to manoeuvre the two consonants the song, the rap song has been receiving a lot of praise from the Telugu community claims Pranav. “I used sandhis (joining of vowels or consonants to form a new word) in Telugu to fit into the meter but when I sent lyrics to people I made sure to separate the words for them so that they understand better,” he says. Feedback, of course, has been resounding although he admits he had his inhibitions. Pranav confesses, “I wanted to actually try out an Ekakshari, which is more challenging to me as a writer. But I was afraid people would not be able to take it seriously. I didn’t want it to be passed off as a joke. Even the Dvayakshari has been garnering some mockery but more people are marvelling at this form of poetry. Some have even reached out to me to understand it better.”

The reason Pranav chose to go hip-hop style with this attempt is to resonate with the younger generation and the wider audience. Rapping is his forte but using a conventional poetic form to do so was an informed choice. “Few people know that we had such complex and interesting forms of poetry or lyric in Telugu. I wanted to showcase that to the world. Everyone needs to know how rich our heritage in arts and culture is,” he signs off.