Egged on by the internet, minimalist genres like lo-fi and bedroom pop are taking over playlists across the planet. Low fidelity music—where songs with elements of hip-hop and jazz samples get recorded in a below-par DIY setup—created superstars like Nujabes (Japan) and Clairo (USA) who perform at sold-out venues. Indian artistes aren’t far behind.

Showcasing dexterity
Titled Play The Piano Drunk Like A Percussion Instrument Until The Fingers Begin To Bleed A Bit, the indie release is a nod to one of author Charles Bukowski’s poetry books. “The fact that Bukowski celebrates us, desperate degenerates, and indicts bourgeois society, makes us best friends,” cites Josh, whose moniker ‘Jbabe’ turns out to be an auto-generated username from his Angry Birds account.

This nonchalant approach echoes throughout the record written, performed and composed by him over a span of two years. It features catchy, synth-laden tracks with idiosyncratic names like I’ll Get The Cheque and We Can Split The Regret. The producer, who’s inspired by musicians like Poolside and Frank Ocean explains, “Having made a conscious effort to not step into the band’s soundscape brought about experimentation. I could sample voices of people dear to me, name the songs whatever I wanted to, sing lyrics that I knew I could get away with. Hell, I even use a derriere slap as a snare because I’d be accountable to no one!” 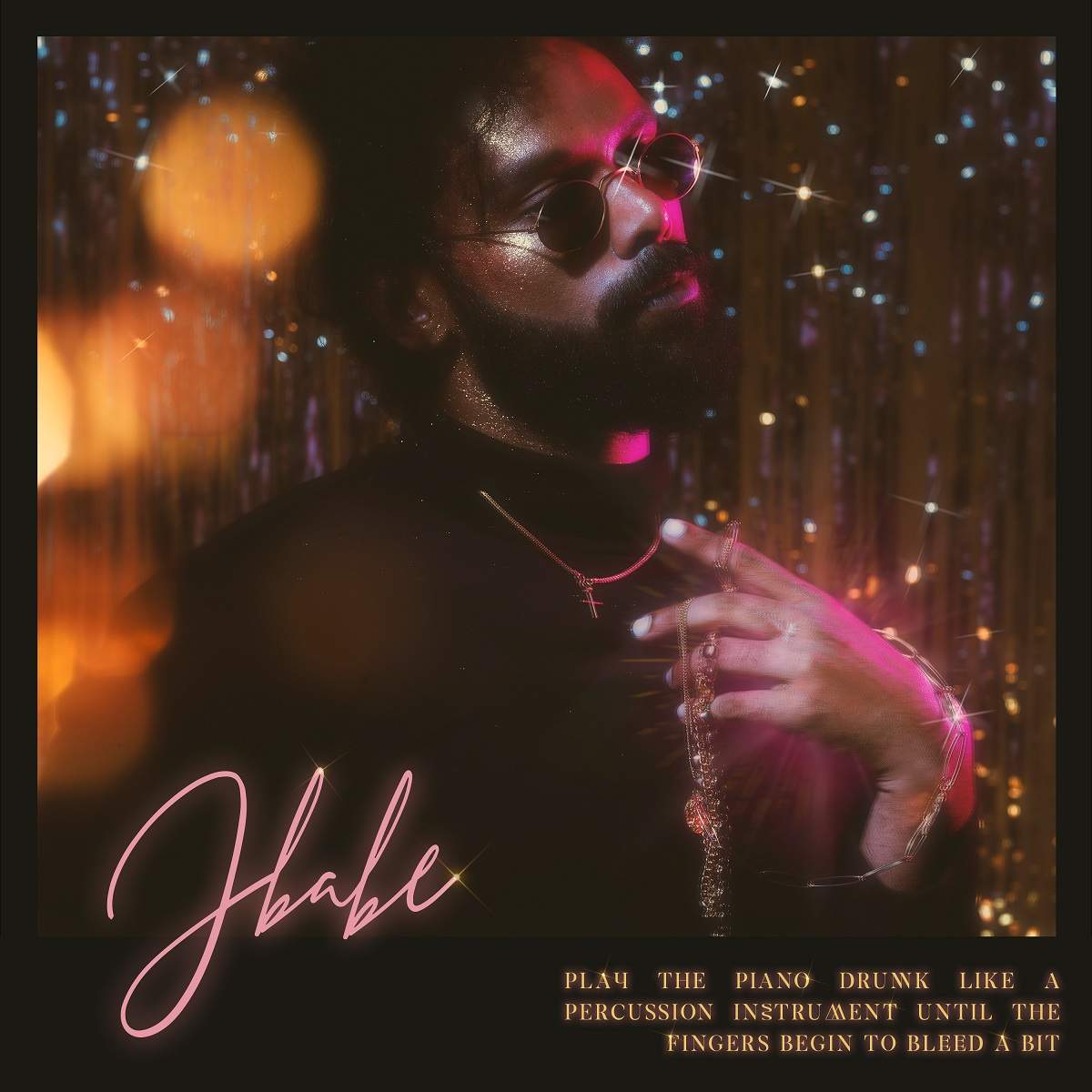 Rich aesthetic
In a world where artistes are under constant subliminal pressure to make music relatable to consumers, Jbabe is the antithesis.  “My ethos will not let me cater to peoples’ pre-approved tastes. I’d rather lead them down a path that I create. Primarily, audiences make a silly assumption that the music created is for them,” claims the Antibambi singer.

However, Josh admits that taking the album on the road is ‘pure nerves and jitters’ as he’s accustomed to having four other members on stage. Regardless, he’s slowly finding his stride as the songs are well received. According to him, the numbers churned by online streams are ‘hitting the fan’. Which isn’t surprising as mellow tunes like Guyver layers traces of blues and rhythm over electronic basslines, hinting at his bedroom pop beginnings.

“Deprivation of tools, in my opinion, leads to heightened creativity. It is no longer a requirement for artistes to pay for the best producer money can buy. Or to even be incredibly skilled in terms of producing on their own. All that’s necessary is a little bit of will-power, creativity, and the right amount of luck. The bedroom pop scene is flourishing—who knows what’s to come next?” he concludes.