Ziro Festival of Music: Headliners Acid Mothers Temple talks about the music of the cosmos

Acid Mothers Temple (AMT) will be a difficult puzzle for someone with an average understanding of rock music. Primarily because they don’t have a permanent lineup, unlike most Western acts.

“I didn’t want to decide the official members of the band, because anyone can join us. Although we’ve formed something of a regular lineup because of many years of touring, we still stick to the original spirit captured by our slogan—Do Whatever You Want, Don’t Do Whatever You Don’t Want,” says Kawabata Makoto, the founding member of the Japanese project.

Add to this, the project has numerous offshoots namely Acid Maso Temple and Acid Mothers Gong besides the main banner called Acid Mothers Temple & The Melting Paraiso U.F.O. Collectively, AMT has been one of the most prolific contemporary rock bands with over 100 albums under its belt!

In a way, their activity is interesting as it encapsulates rock ’n’ roll’s idea of freedom more than the stiff construct of a band. We chat with them further, to know more about their musical philosophy, ahead of them headlining Arunachal Pradesh-based Ziro Festival of Music.

Spatial input
Originally named The Acid Mothers Soul Collective, the group was formed in the mid-’90s by Kawabata with the intention to showcase the talent of musicians who would otherwise not release their material.

“I don’t ‘choose’ artistes to be part of the project. If I get to play music with someone, that’s the starting point. If we share a similar mindset, we continue the collaboration. If not, we drop it,” he says, about how the collective evolves.

Once an association comes into existence, the intention is to play what the guitarist calls ‘trip music,’ which he differentiates from psychedelic music. The former, in his words, contains ‘some of those sounds of absolute purity that are related to the cosmic principle.’

“In my head, I constantly hear sounds from the cosmos. They exist in the universe, maybe from primaeval times. During my childhood, this was just a ringing. Over time, I have tried to open my ears with total selflessness. I’m like a radio tuner trying to catch these sounds, and then transform them through my music so everyone can hear it,” informs the 54-year-old. Even though the sound of the project itself is primarily influenced by styles like hard rock, krautrock and the electronic music of German composer Karlheinz Stockhausen, the band leader confesses that one of his life-changing moments was encountering the sound of the tambura.

“I found out about the instrument from a TV documentary when I was just 10-years-old. I loved its drone sound and tambura has a similar ‘sound colour’ as the music from my cosmos and I’ve used it, especially with a bow, in a lot of AMT’s records,” says the self-taught musician.

Alongside the Indian classical influence, AMT soaks up drone and melodic sounds from various traditional music like Japanese, Turkish and Occitan.

“Why I experiment with so many instruments (including many ethnic ones) is because I’m always on the lookout for the equipment that can recreate the sounds I hear from the cosmos,” he says, adding that he especially loves using instruments like shruti box, hurdy-gurdy (a European string gadget), bagpipe and sho (a Japanese free-reed instrument) in his music.

A big factor that will make AMT’s performance in India interesting is that their songs won’t necessarily sound the same as on record. This is because Kawabata believes in the autonomy of tunes—a conviction that music is constantly changing, depending on time, place and atmosphere. In live shows and even on records, instead of writing songs in advance, the members decide on a theme and improvise. 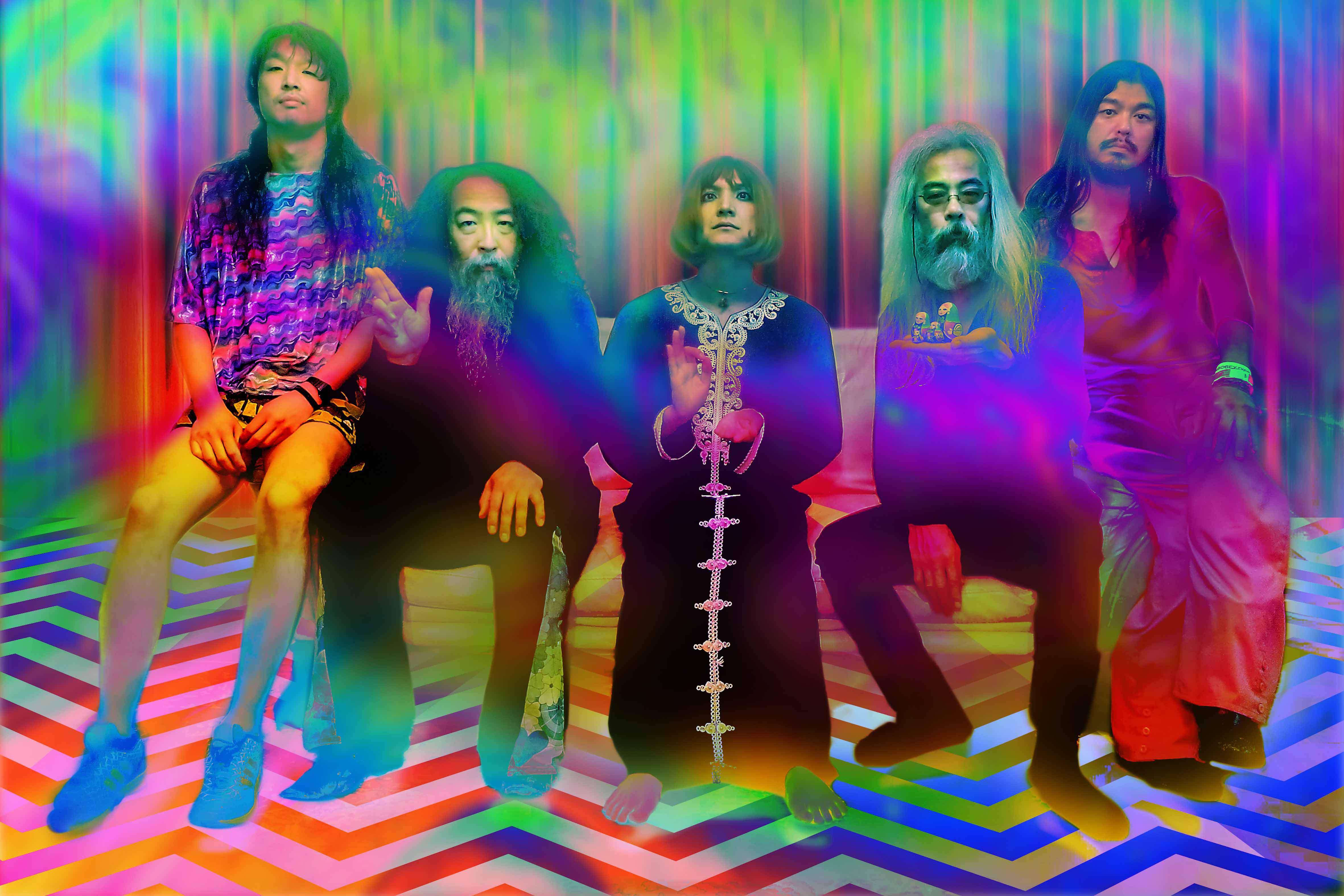 “Improvisation doesn’t mean ‘free music’ for me. It means composing, arranging and playing, all at the same time. AMT plays songs that are popular with the audience as ‘entertainment,’ but each time, I can catch a different version from my cosmos; sometimes just with a different BPM,” says the veteran multi-instrumentalist, as he prepares for Ziro alongside bandmates of Acid Mothers Temple & The Melting Paraiso U.F.O namely Higashi Hiroshi, Jyonson Tsu, Satoshima Nani and Wolf.

This explains why he draws a blank when we ask him what the setlist in Arunachal Pradesh will be. “No idea. Music guides me,” he concludes.

On the dais
Ziro in Arunachal Pradesh will also host a multitude of artistes alongside the Japanese veterans. International names on the roster include Lithuanian Antikvariniai Kaspirovskio Dantys, Korean rock outfit Lunch and Indonesian rock-blues duo Matajiwa. A lot of Indian acts from across the country such as Chennai-based Amrit Rao and The Madrascals, Punjab’s That Boy Roby and Sikkim’s Still Waters will also perform at the venue. Opportunities to experience the hospitality of the local Apatani tribe and hot air ballooning will add fun elements to the fete grounds.