On the occasion of the 50 years of Earth Day, Bickram Ghosh, classical and new age percussionist and composer, creates a beautiful symphony of 50 matra taal. The video, in association with Earth Day Network-India, that was released today, also has a host of other musicians playing different musical instruments.

Talking about the project Swarnabhumi, Ghosh, who created a series ‘Out of the Box’ especially for the lockdown period says, “On Guruji Pandit Ravi Shankar’s 100th birthday this year (April 7)I was asked by his wife Sukanya Shankar to present a tabla solo in his 50 matra taal that he had composed for the 50th year of Indian independence. We were supposed to be playing at a huge concert in London this year, which got postponed to next year. That video of mine went viral and was noticed by folks of Earth Day who asked me if I could compose something in the 50 matra taal for the 50th year of Earth Day.” 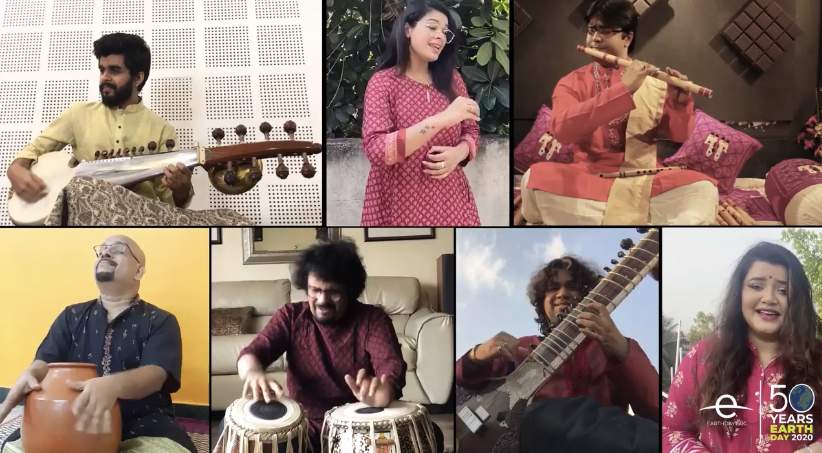 Shot on mobile camera, the video also features V Suresh on ghatam, Abhishek Mallick on sitar, Pratik Shrivastava on sarod, Soumyajyoti Ghosh on flute, Ujjaini Mukherjee and Iman Chakraborty on vocals and Sayan Ganguly on keyboards.  The DOP for Ghosh’s video is danseuse Jaya Seal Ghosh. The audio mixing and mastering has been done by Suman Dey and editing and titles by Suman Dey and Soumya Mukhopadhyay.