Bandish Bandits, that released early this month is touching hearts with its incredible composition of music. And the man behind the ‘East-meets-West’ musical element in the web series is 30-year-old Akshat Parikh, who has worked extensively in television. In Bandish Bandits, Parikh, who belongs to Pt. Jasraj ji’s Mewati Gharana, not just guided the two leads Shreya Chaudhry and Ritwik Bhowmik, but trained stalwarts like Naseeruddin Shah and Atul Kulkarni, as well. Here, Parikh talks about his most cherished experiences, learning from Shah and making more music. Excerpts:

How was the experience of working with the cast of Bandish Bandits?

Working with the cast of Bandish Bandits was one of the biggest and most cherished experiences for me. I thought it would be a tough job to train people on how to act and understand classical music in such a short span of time. But I am so glad that it proved to be otherwise. I have been the music supervisor for the entire series. My job was to train all the actors musically and make sure that it looks authentic when they are acting on-screen to classical music as body language says a lot when singing to classical tunes.

Veteran actors like Naseeruddin Shah, Atul Kulkarni, Sheeba Chaddha and everyone else showed extraordinary dedication and worked really hard at learning and understanding Indian Classical music. Sherya and Ritwik were also so dedicated to learning everything from scratch. It was really an inspiration for me to have worked with this cast. Easily, one of the fondest memories of my life. 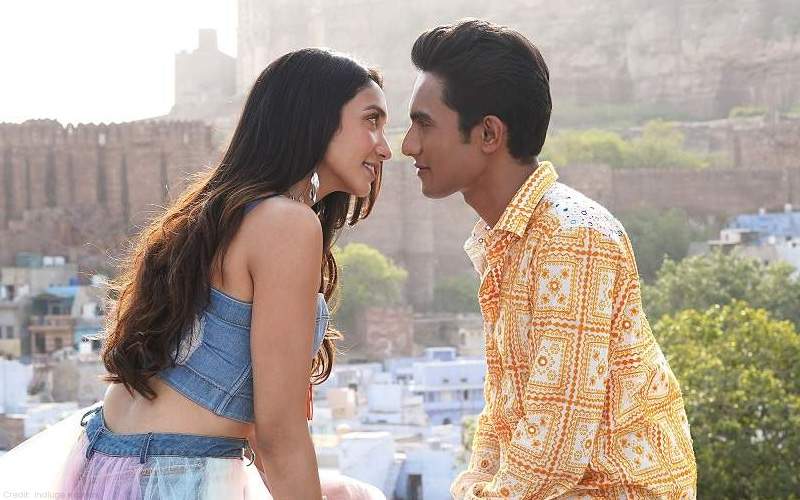 Naseeruddin sahib was all praise for you. Tell us about the experience of working with him?

I was overwhelmed and pleasantly surprised when I saw him praising me in a recent interview. Working with him was a very unique and worthwhile experience for me. I used to go to his house to teach him Indian Classical music and I would return enriched as there was so much to learn from him. Before I would reach his place, he would be all set with his list of questions and doubts about the previous days' lessons. Also, he used to get into the details of each raaga. His commitment and dedication to his work are just unmatchable.

Which memories of Bandish Bandits will stay with you forever?

I remember, last year in April, we were shooting for the song Garaj Garaj, based on raaga Malhar, in Bikaner with Naseerji. And the moment he started crooning to it, it started raining, and that too in the month of April! It rained so heavily that we had to stop the shoot for two days. This is the real power of classical sangeet.

You even had a small cameo. How was the experience?

Acting was never in my bucket list. But as they say, “You never know what wonderful plans God has in store for you!” In the middle of the shoot, the director just thought that I would be the apt person who could do the role of an anchor in Sangeet Samrat Samaroh. And that’s how it happened. It was very special. I gave my life’s first shot, with all the legendary actors Naseeruddin Shah, Atul Kulkarni etc. sitting in front of me. I had a great time and learnt a lot.

Tell us about your upcoming projects.

I have many new and experimental things in my mind, which I am planning to execute soon. I am planning to make a single which would be a fusion of Indian Classical music and electronic music.