American guitarist Xander Naylor embarks on a tour of India, prior to launching his new album

SOME MUSICAL endeavours are born out of serendipitous meetings. American composer Xander Naylor’s idea to tour India took shape after he started a conversation with a stranger while sitting around a campfire at Kaziranga National Park, earlier this year. Little did this New Yorker know that he was interacting with Pune-based indie artiste, Vinay Kaushal.

“It was a fluke! We chatted and found out we were both guitarists. He invited me to come back next year and proposed that we tour together. I said OK! So, here we are,” explains Xander, who has performed all over the world including SXSW Festival in Texas and Assomniak Festival in France. Currently, he is travelling across the nation alongside Vinay (bass) and Shreyas Iyengar (drums) with a setlist that features tunes from his upcoming album, Continuum.

Rooted in tradition
Despite being a globetrotting musician— who teaches at The New School for Jazz and Contemporary Music in NYC— Xander has desi ties. For over a decade, he’s been learning Hindustani classical music under the tutelage of tabla maestro Samir Chatterjee. “I’ve turned this love of Hindustani music turn into a profession as an educator. I teach ragas to jazz musicians — but with terms that will be familiar to them rather than using all of the Indian terminologies that can sometimes create a barrier,” he shares.

Xander blends the aesthetics of rock, pop and jazz soundscapes and improvises on it with the melodicism and rhythmic elements from ragas. This gives his discography a different dimension, as heard on original compositions where he has recorded pieces based on some specific ragas such as Bairagi (Benaulim Dawn), Miyan ki Todi (Leverage), and Marwa (Lunar Acropolis). “At certain stops during the tour, we’ll be roping in Kedarnath Havaldar, a wonderful tabaliya, whose sounds will lend a sense of depth to our freewheeling compositions,” concludes groundbreaking guitarist, whose tunes bridge the cultural gap between the East and West.

Xander’s multi-city tour continues
until the end of February.

***
Excerpts from the interview

* How did you become such a musical omnivore: jazz, Hindustani, post-rock, etc? Like what formed those listening habits?

When I was a child my parents always played me so many different kinds of music - Mozart and Bach cassette tapes played in the car, and at home the Beatles, Rolling Stones, and Hank Williams would come on.  I was very fortunate to have a guitar teacher for several years who made a point of teaching me a wide variety of styles, from European classical guitar pieces, to blue and jazz styles.  Of course, during this whole time, I was listening to my favorite bands on the radio - Rage Against the Machine, Smashing Pumpkins, Sonic Youth - so I always wanted to make those sounds too, where it was as much about the attitude as the theatrics.

When I was in high school I heard music like Miles Davis' "Kind of Blue" and Herbie Hancock's "Headhunters" and some of those, "Wait, you can do that with music?" moments.  I found a love for improvisation through study of that music, and beginning to gig around the northeastern USA.

When I moved to New York City in 2008, my very first roommate handed me a cd of Debashish Battacharya (Hindustani slide guitar) and Samir Chatterjee (tabla) and I immediately fell in love.  There was something about the vocal quality that all of the sitarists, sarodiyas, tabaliyas and all of the instrumentalists that I related to intensely, and I found a deep interest in learning that skill of personal expression.

I began to study with Samir-ji, and that work has been a significant part of my path ever since, now continuing to learn from him both performing and teaching with him.

* Of all your experiences in the music industry, what have you learned the most, and what's your biggest takeaway?

Ghost Logic is definitely a starting place throughout the tour.  There will be lot's of experimentation like that.  We'll have set compositions and then freewheeling improvisations.  Of course, we will play Leverage, although it usually rocks out more than the one on YouTube.  But, while we're in Bangalore for Feb 15 and 17, we will have two special shows where we will be joined by Kedarnath Havaldar, a wonderful tabaliya, so that will be a different, more intimate presentation. 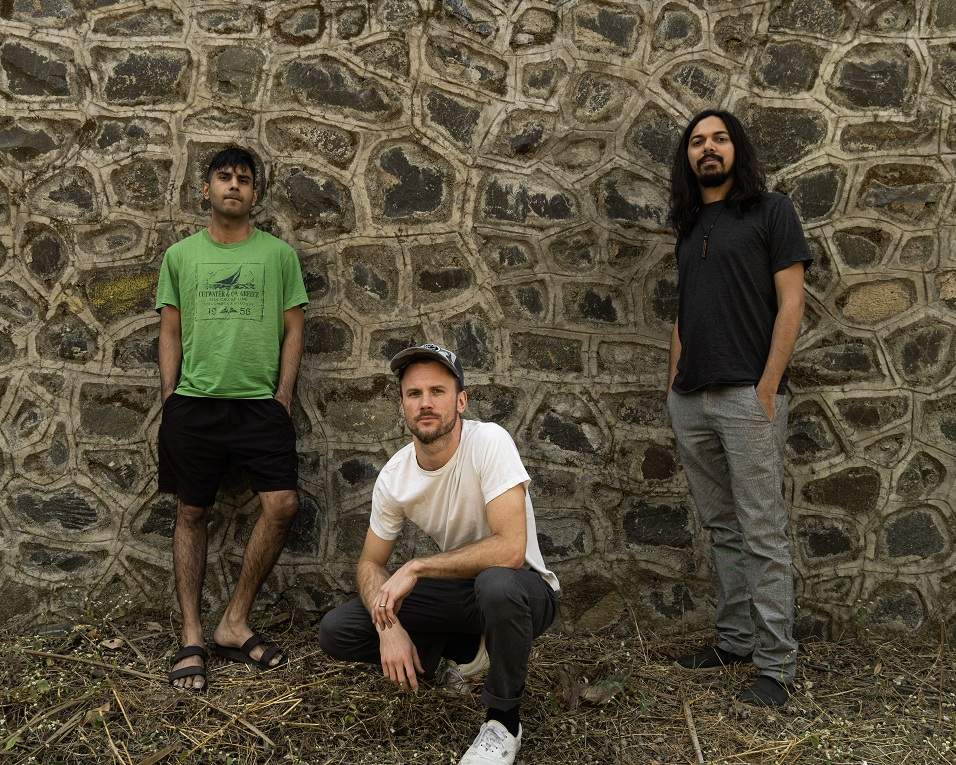 *If you could describe the journey you hope the listener will take while listening to your album, Continuum. What would it be?

Continuum is about finding a place of calm and meditation within our current world which is so mixed up and hectic due to the fast-paced technological advances.  It's so easy to look at our phone at any given moment.  Continuum is a journey that takes the listener through that chaos, and brings out a shining moment of rest and, hopefully, inspiration that we can push through.  I hope to inspire people to find some quiet time and listen to themselves, as I firmly believe we must do that first!

* Besides your tour of India in February, what else do you have lined up for 2020?

When I return to the US I'll be spending a lot of time in the countryside of a state called Vermont, where I'll get to practice and prepare new music.  I'll be doing some touring in the states in the summer, and more teaching will resume in NYC in the fall.  I also hope to start more work with dancers, as I've had some very rewarding experiences collaborating in that area.  I'm always searching for new modes of expression!