After hosting successful editions of Ruhaniyat and Barkha Ritu, Mumbai-based Banyan Tree Events is bringing one of its popular festivals, Splendor of Masters, to the city. After shows in New Delhi, Ahmedabad and Bengaluru, the event will be held in Hyderabad for the first time, as a part of the 18th edition tour across the country.

Staying true to the name, this festival showcases music presentations by maestros from across the world covering various genres. The focus, however, is Indian classical music, along with jazz and Sufi. “Unlike our other festivals, Splendor of Masters is more about bringing together international and regional art forms. The idea is to be a melting pot — a platform that promotes and celebrates fusion. Considering it’s our first time in Hyderabad, we have curated a special line-up with a few artistes who haven’t performed here before,” says Nandini Mahesh, director of Banyan Tree Events, which was founded in 2001.

The evening will feature famous Indian artistes like Shilpa Rao and Ustad Shujaat Khan, along with international musicians.

String along
New York-based guitarist Prasanna is known for working with a variety of genres like rock, jazz, heavy metal, Carnatic and Indian film music as well. He is also a voting member of the Recording Academy, which presents the Grammy Awards every year. Popularly known as Guitar Prasanna, he will be performing a Carnatic fusion.

Melting pot
Indian playback singer Shilpa Rao, who began training at the age of 13 under Ustad Ghulam Mustafa Khan, will be performing with Guinean musician N’Faly Kouyaté. While Shilpa is known for her hits in Bollywood, Kouyaté will present his work, inspired by the traditional music from his hometown. 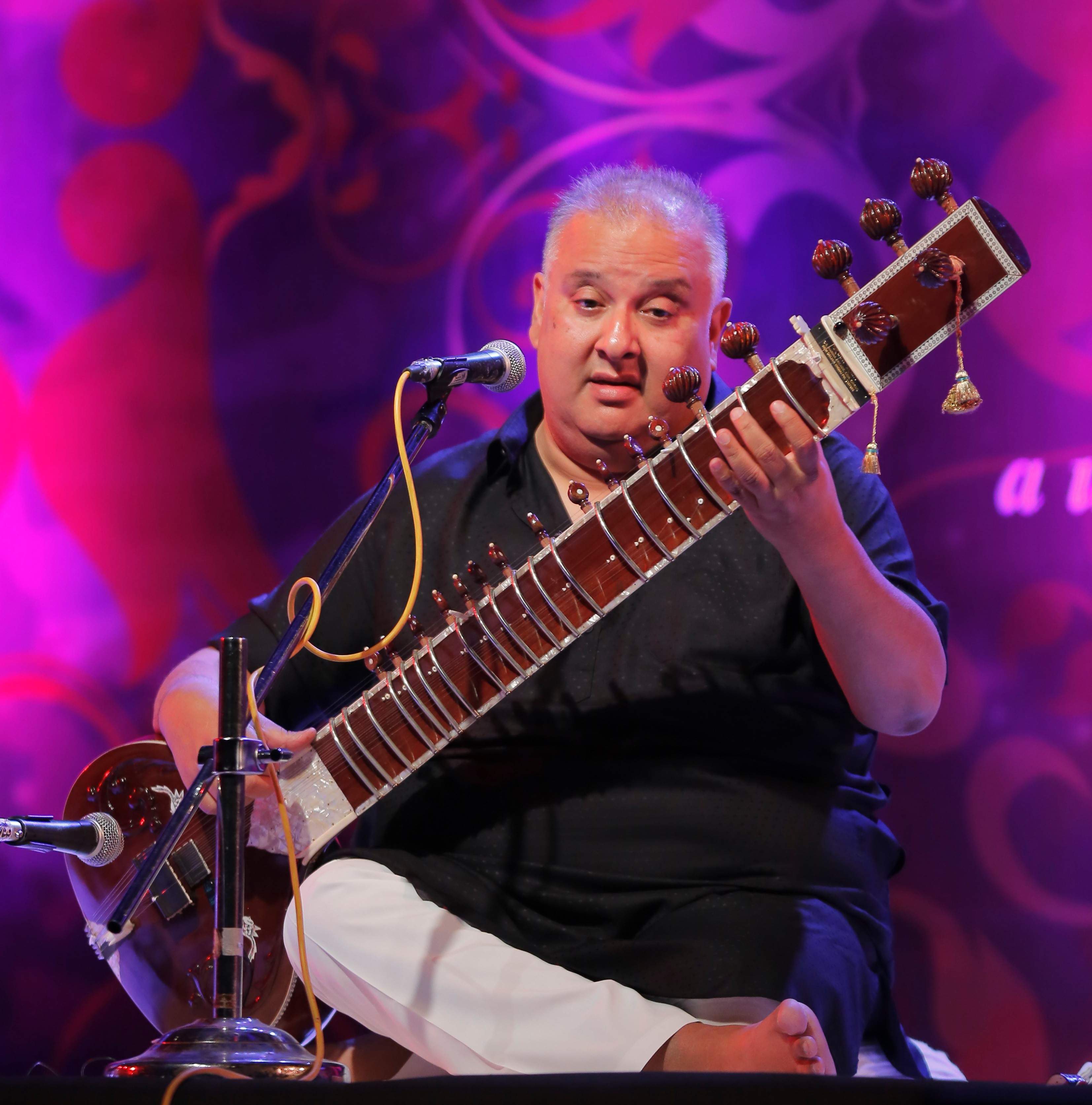 Sitar & saxophone
Kolkata-born musician Ustad Shujaat Khan will be seen collaborating with Thailand-based saxophonist Koh Saxman for the first time at Splendor of Masters. While the former is a popular sitar player of the Imdadkhani gharana, Koh is an established musician in Thailand and has about eight albums to his credit, along with international performances.

On January 25, 6 pm
At Shilpakala Vedika.