About 10 years ago, for most people, getting to listen to their favourite artiste’s latest album meant going to a store and buying the CD.  Today, music is easy to access, upload and view thanks to the audio streaming industry and digital platforms. But is it profitable? During the ongoing COVID19 crisis, music streaming giants have seen a 42 percent rise in time spent on their platforms, yet the paltry paybacks, zero gigs and dwindling ad revenues have skewed the formula. Independent artistes are struggling. 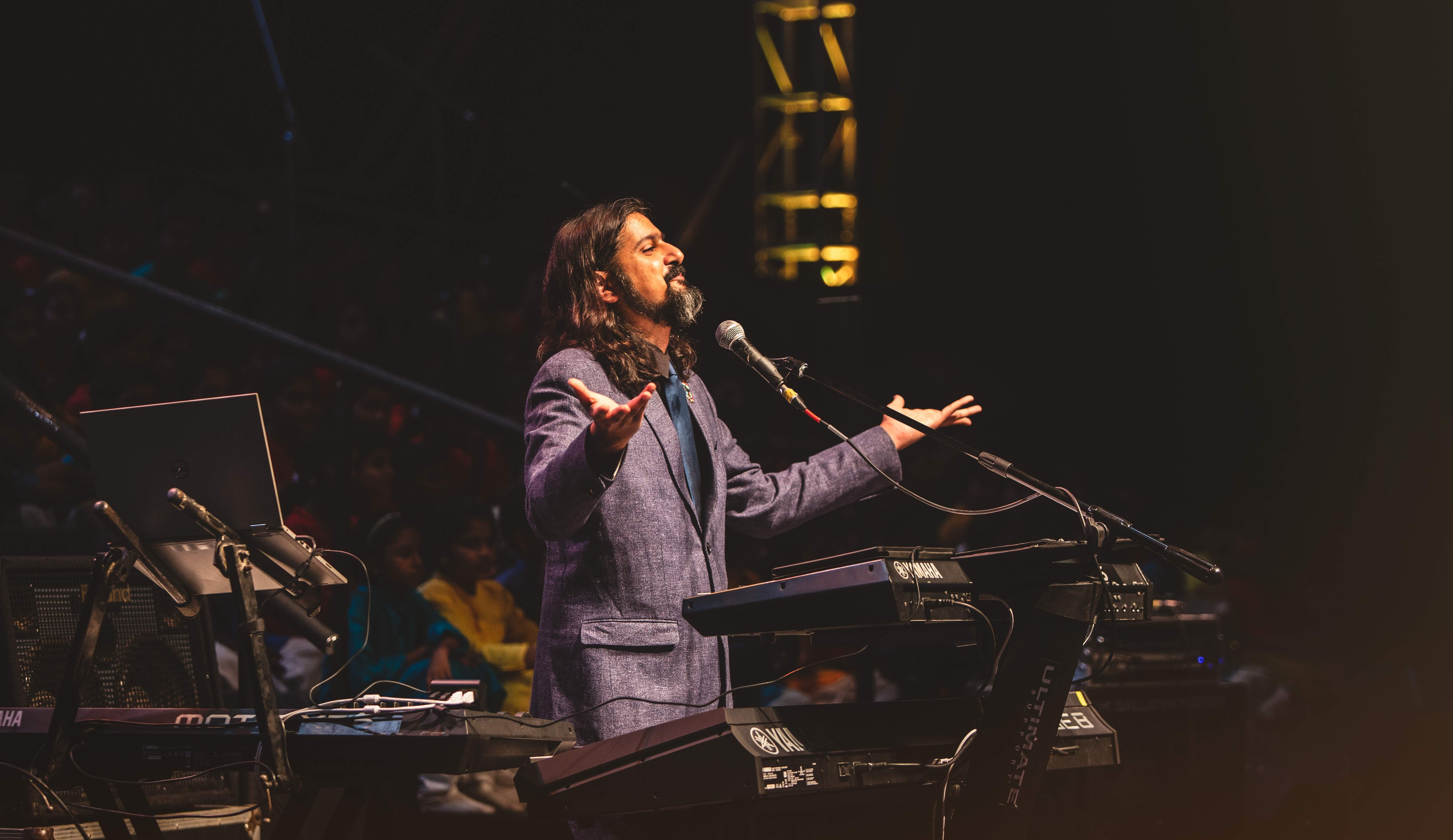 While OTT platforms have given artistes a leg in, the revenue lacks comprehensive gains. With poor paybacks (Spotify’s $0.006 to $0.0084 per stream, YouTube’s 0.00518 paisa, JioSaavn’s 2.5 paisa and Apple Music’s 16.8 paisa), reports reveal that numbers that add up are painfully slow. A talented independent artiste whose simpering riffs get lost online has to improvise. Building an online presence is imperative... innovative marketing and crowd-funding too, but there are a lot more layers to it.

Songwriter, composer, producer and guitarist, often called the renaissance man of rock ’n’ roll, Stephen Wrench, understands music implicitly. Associated with legends like Lynyrd Skynyrd, Toto and Bob Seger, he says, “Artistes need to understand the history. Major labels ignored the digital age for years. EMI and its subsidiaries filed for bankruptcy and were in receivership. Warner was ready to file for bankruptcy and Sony was bleeding money. The story is that Sony made the first alliance with an unknown company called Spotify and took several hundred-million-dollar advances to allow them to stream their catalogue for one year. This advance was a sign-on bonus and does not have to be shared with the artiste.”

“Every year, major labels take hundreds of millions of dollars in sign-on bonuses. Indie artistes are struggling because of the fraction of pennies they are paid per stream. No, this is not fair, but this is the way it is. Artistes can rise above this by finding ways to get heard,” adds Stephen, who is the president of musikandfilm.com and Musik Radio Promotions.

Getting heard
So how does a solitary artiste break out? Atul Churamani, managing director, Turnkey Music & Publishing Pvt. Ltd says, “Streaming services talked of penetration, not of value. When you are taking music and giving it for free, you have to have an end- value that is well thought-out. The services got the buy-in of labels thanks to advances, and that became the accepted business model. The problem is, while the advance covers estimated revenue, what is the business that actually happens? Are upfront pay-outs an accurate reflection of the business generated by streams? How much does the artiste make per stream? Lakhs of streams and a few hundred rupees!”

Bengaluru-based Girish and the Chronicles’ frontman Girish Pradhan feels, “Anyone who treats YouTube and other streaming platforms as a job, working every day and giving quality content constantly, and putting their heads into digital marketing, are actually capable of earning decent money. It can get better though.”

Taking notes
Mumbai-based Maalavika Manoj, aka Mali, asked friends to help her with her latest video, Age of Limbo, which dropped on May 1. Maalavika speaks of the current scenario, “This is unchartered territory for a musician. So, we are using trial and error, reinventing ourselves. We see what other artistes are successful at and try to emulate it. I released Mango Showers in 2019 and between that and my recent album Age of Limbo, TikTok happened so everyone’s music consumption styles changed.”
With touring, the bread and butter for artistes, on hold, Tarun Balani, jazz drummer and composer (who recently released a five-track EP, 2°, under his solo moniker Seasonal Affected Beats) signed up with German label Berthold Records to reach an eclectic audience. Tarun says, “I tell stories through my sound. Till the time people find a part of themselves in my stories, I will be relevant. Touring and performing — that’s been the primary source of income.” Stephen also adds, “Artistes’ money is also made by merchandise sales and radio airplay royalties. Not by streaming.”

With a ban on live performances for the foreseeable future, Tarun, like many other artistes, is working on heightening his digital musicology. Many are releasing albums online, playing online, recording, interacting with fans, holding workshops and dialogues.

Online gigs are definitely the way forward. Mali, Indo-Canadian singer Shashaa Tirupati and Indian Ocean, among many others, are performing live on various platforms to make money.

Girish adds, “YouTube has quite an easy process of monetisation. You learn it on the go, as your channel grows. A major point is that completely original material brings in the money. Revenue generated by covers, and used music are negligible. Whether insignificant or not, you are being paid for every stream.”

Tuning in
The estimated size of the audio OTT industry stands at `270 crores. However, Vineet Singh Hukmani, musician and creative director, India South Asia MAF Global, cautions, “Music has been hugely commodified by streaming services. They need to find a way to amplify content value to justify subscription and build the artiste ecosystem with a much higher royalty pay-out to resurrect themselves.”

“If you are a break-out artiste, you have the potential to make a small amount , however gigs are mostly still the main source of revenue. Multi-channel networks (MCN) like Qyuki are working with artistes to make sure they can monetise their YouTube content. For new artistes, it is good to let an MCN handle and grow the brand,” explains Seher Bedi, founder and creative director of StarrinStudios.

Grammy winner Ricky Kej has seen a spike in people listening to his music post the Covid19 outbreak, even as 14 live concerts in six countries stand cancelled. With no “live” option, Ricky believes, “Things have to move online.”

Helping artistes amplify their presence across 1,00,000 radio stations in 180 countries, Vineet’s MAF has found about five Indian acts with global radio potential, “Thermal And A Quarter, with their song Leaders Of Men, which topped the World Indie Music Charts, is one,” he adds.

For upcoming artistes, Vineet says, “Build your ‘tribe’ with relevant tailormade music with global radio stations and social and digital channels. Remember, streaming sites are nothing but faceless stores with unlimited music, thus pay very less royalties — ask fans to follow streams. As streams and followers increase, royalty will increase. Find the ‘new normal’ of how you can perform for a live audience and how to charge — again a form of ‘digital busking’.”

Tarun believes the focus has to be on, “How to make the artiste and the arts sustainable, thus re-defining what ‘success’ means for an artiste and finding a parameter to assess how an artiste would make a living.”

On the flip side, Atul reflects on the learning, perseverance and originality that artistes need to focus on. “Everybody wants to start at the top... become an overnight sensation. But hey, it is a job like any other. Nobody joins a company at the top! Unfortunately, there are very few artistes who want to work their way up. How does a label even discover talent in the current scenario? Artistes should be prepared to invest in themselves. Do not wait for a miracle. That is not a business plan. Match expectation to ability.”

Having worked with top artistes like Lady Gaga, Flo-Rida, David Guetta, Jason Derulo, Jennifer Lopez and Rolling Stones, Stephen believes, “With the tens of thousands of daily releases, indie artistes are undiscovered. We help these artistes stand out by getting them heard at hundreds and thousands of radio stations. This fuels artiste discovery and their streaming platforms, and an opportunity to tour the world.”

Ricky also adds a word of caution, “Streaming should not be looked at as a primary revenue stream. Revenue from streaming is quite dynamic, and never in favour of the artiste. Getting a song onto a site is simple. The difficult part is to get people to listen to it. Social media plays a very important role.”

An entrepreneurial reverie
“The cream rises to the top. The better the song and production, the more chances it has of being heard,” Stephen advises.  An artistes’ career has no well-defined path. “Monetisation methods and options change constantly. Most musicians were making their livelihood through live concerts. That has changed with the COVID19 pandemic. Today, the entire industry has been disrupted. Showing perseverance against all odds, and just being a musician is not enough. You need to be an entrepreneur, and a marketing genius. You have to be prepared to play many roles in not just creating your music, but in disseminating it to the right audiences,” Ricky shares.

For Girish and the Chronicles, the success mantra is consistency. “The amount of hard work put into production, time spent on each song, reading emails, responding promptly — any one of these could be a game changer. Keeping deadlines sounds funny, but yes, it is the small things, and hard work. Another factor is knowing your audience,” Girish says, adding, “Create new music. Talk about those songs and engage fans. Go live,” he adds.

Tarun will release his new track Let The Light In feat. KAVYA! in mid-May, “For a young artiste, having music on popular streaming platforms might seem like a great achievement. Unfortunately, it is surely not a sustainable revenue model. All across the world, artistes are struggling. Some had access to grants abroad, but in India it’s a completely different situation with no support or funding for musicians.”

There is a revolution brewing to take music to the “new normal,” and Girish concludes, “There are enough minds out there to create a platform that actually benefits independent and underground artistes. There is no lack of talent and brilliant developers. We just need a promising platform that can make good revenue, with an engine that makes music reach the right audience.”