COMING OUT FROM under the shadow of her girl band Aasma, playback singer Vasuda Sharma is on a roll. She started the year with the song Phir Kyu with her new band Sharma and The Besharams (STB) and Siddharth Basrur of Bezubaan Kab Tak Raha fame. This was followed by the Valentine’s Day song Darmiyaan in collaboration with producer Nanok aka Jai Waswani. And in the last week of February, Vasuda presented a reprised version of Jazbaa, a collaboration between The Dharavi Dream Project and STB.

Come Women’s Day and the Delhi-born will drop a special song, getting a host of female singers and musicians on board. “I wanted to do something special for Women’s Day, and the idea of getting female artistes on board excited me. I wanted this project to be driven by women, and this included not just singers, but even the talented technicians on board. It will be a pure display of sisterhood in the industry that is more known for bonhomie between men,” says Vasuda, who adds that the song talks about women coming together, and supporting and understanding each other. 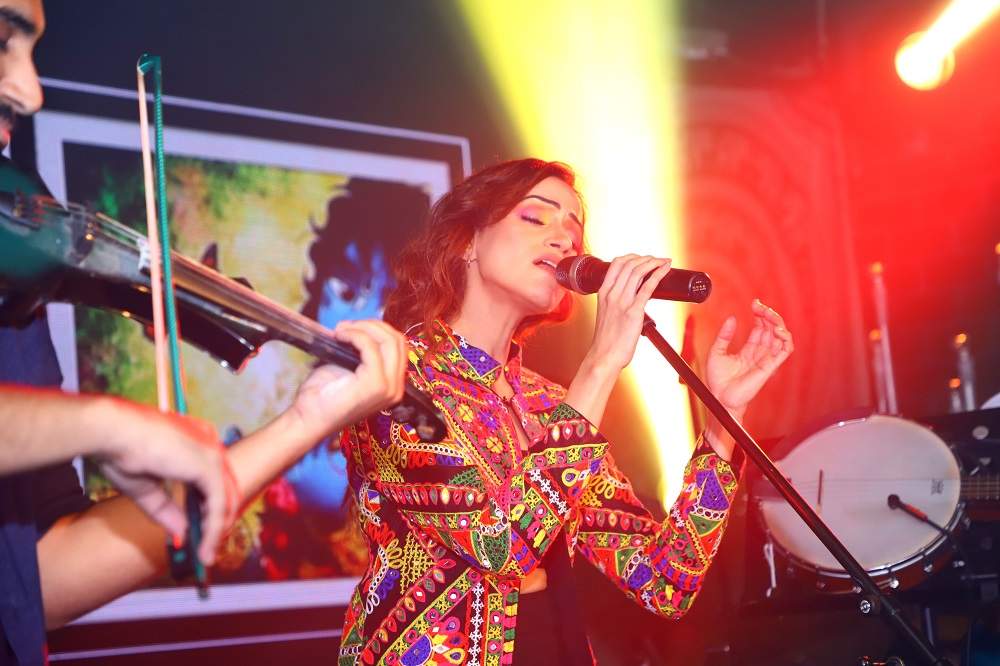 The project features a total of nine singers apart from her — including Shreya Ghoshal, Neeti Mohan, Akriti Kakkar, Anusha Mani, Shruti Pathak, Aditi Paul, Shannon Donald, Suzanne D’Mello and Indian-Canadian Shashaa Tripathi. The musicians on-board include Sapna Desai on drums, Pooja Mazumdar on bass, Merlin D'Souza on keys, Shubhangi Joshi on guitars, Yashashree Uchil on mandolin, and Shruti Bhave on violin. Vasudha promises that the song’s music video will resonate with all womenfolk, and that her fans will love it.

Content with how the year is unfolding, the versatile singer who effortlessly blends Indian classical music and folk music with Western contemporary melodies says, “The creative juices are flowing, and I want to make the most of it. The reprised version of Jazbaa was special for me, ever since I saw the kids of the Dharavi Dream Project performing. Every word of the song seems to be penned down for them. They had amazing energy and attitude. They are incredible.” Vasuda adds that we can expect more new music from her in the coming months, and that there are plans for more collaborations too