Ishaan Khatter and Ananya Panday’s latest song from the soon-to-be-released film Khaali Peeli, is creating noise on Twitter but for all the wrong reasons.

Within minutes of the launch, the song Beyonce Sharma Jayegi started trending on Twitter and twitterati picked on the supposed racist lyrics and attacked Vishal Dadlani, who sang the song. Some even extended their apology to the Single Ladies singer. And of course, memes are quick to make the trend more interesting. 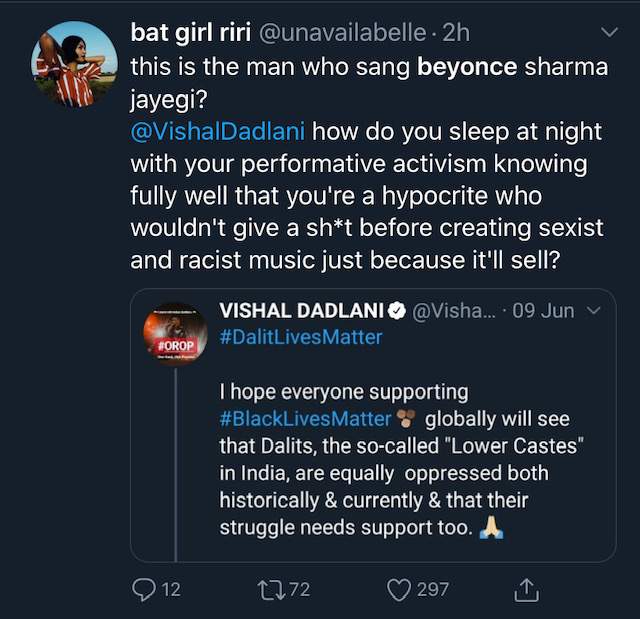 Vishal Dadlani was trolled badly for it more because he had spoken against racism during the #BlackLivesMatter campaign. Some even slammed Bollywood for propagating fair is beautiful.