Pride is a feeling but also a protest. Music is healing but also a way to express yourself. We spoke to five independent artistes, from Mumbai to New York that have a common genre: lyrics that spell LGBTQIA+ choruses. We’re turning up the volume in the spirit of Pride Month, but perhaps we should mutually agree not to touch that dial. Until we reach equality for all — when the song ends, somewhere over the rainbow...

New York-based Vardaan Arora who starred in the horror flick Wrong Turn and Netflix’s Gypsy tells us that like most people in the queer community he didn’t have one universal ‘coming out’ but several small ones. “I remember coming out to friends first when I was in college, and then to my mom shortly after… and then to others around me. It happened pretty seamlessly, and I remember it being a massive relief,” says the actor and musician who released his debut EP Heartbreak on the Dancefloor last year. Covering themes like anxiety, self-doubt and depression — we’re told that he is about to get even more vulnerable with new releases this year. “The first one, Obsessive, comes out on June 25, and it’s one of the most personal songs I’ve ever written. I’m thrilled for everyone to hear it,” he says.

I think for people who have a loved one in the LGBTQIA+ community, it’s important to remember that you should be going out of your way to vocalize your support and love. Words of affirmation go a long way, and can often even save lives. — Vardaan Arora Teenasai Balamu aka GrapeGuitarBox | Bengaluru
Chosen pronouns: they/them
Ever since their first EP, simply titled Out, Bengaluru-based Teenasai Balamu aka GrapeGuitarBox has made a splash. In fact, the single Run from this EP made it to Spotify’s Editorial Playlist the very next day. This was two years ago. But Teenasai says, “As a queer person, you continue to come out.” Family, friends and siblings apart, “The world is heteronormative, and most people just assume you are cis and straight; that you and your partner are sisters,” they elaborate with a laugh. Currently, Teenasai tells us, they are working on a couple of collaborations and new releases. “I’m sitting on a lot of tracks at the moment, but I want to rework them before I put them out. That’s going to take a minute!” they say. Mark Mascarenhas aka Tropical Marca | Mumbai
Chosen pronouns: None
Queer rapper and drag queen Tropical Marca is not a fan of Pride Month. “Do we need a month to celebrate women’s rights? Do it every day,” says Marca. We last saw Mark/Marca on the reality show Myntra Fashion Superstar showing off heavy-duty fashion sensibilities and before that singing in a drag avatar in the music video Tropical Queen from the album Rainbow Riots India. “But now, I am working on a bunch of songs that are more mainstream,” we are told over a crackling line from a video shoot location. As for coming out, Marca says, “I started drag at the age of four when I wore heels and dresses and played all kinds of characters. I was always out!” says the 29-year-old. With influences like Biggie and 2PAC, but regional lyrics that span Marathi, Punjabi, Hindi and Konkani — we are plenty curious to see what this artiste has in store. 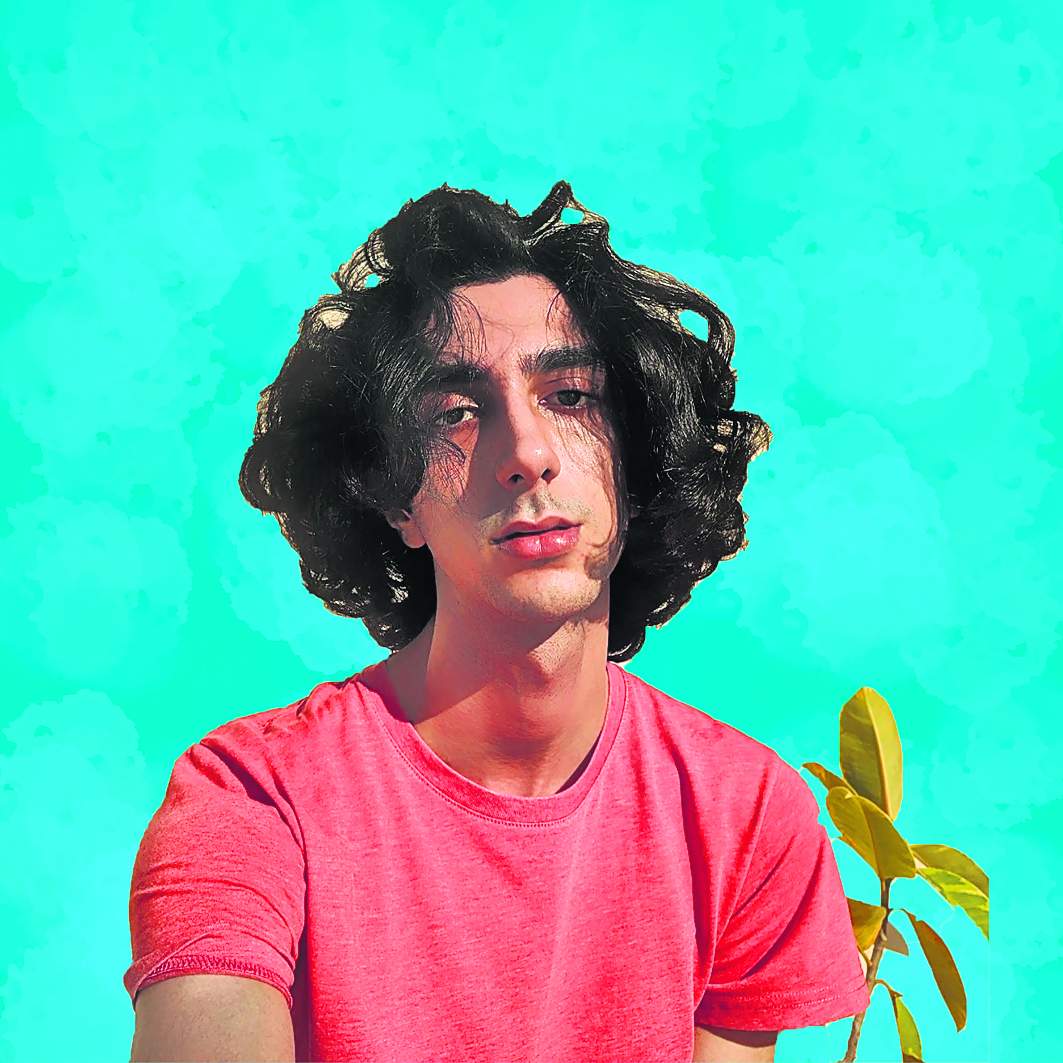 Mikhail Cazi | Mumbai
Chosen pronouns: he/him
Mikhail Cazi debuted with Helena’s Song back in 2018. The pop-rock single inspired by the show Orphan Black explores the idea of a ‘chosen family’ much like when you grow up queer and need to find people who will accept you. Fortunately, this did happen for 24-year-old Mikhail when he decided to come out to his best friend in high school: “We were sitting by the side of a road having some ice cream and I was building up the courage to tell her. When I finally said that I wanted to tell her something, I froze — I really couldn’t get any words out. She waited for a bit, and then said, ‘Please don’t ask me on a date.’ The absurdity of that cracked me up and pretty much broke the tension and I was able to come out to her. She was really supportive and I’ll always be so grateful!” Currently experimenting with various genres, Mikhail tells us is he is putting together an EP and a song for a short film.

I have my pronouns in my bio as a sign of solidarity. And to bring about awareness. Not everyone is cis, and many prefer to use different pronouns to express their gender identity. If it’s just trans/non-binary people who mention their pronouns, it’s easier for them to be targeted by trolls. Cis people adding pronouns to their bios help normalize it. — Mikhail Cazi 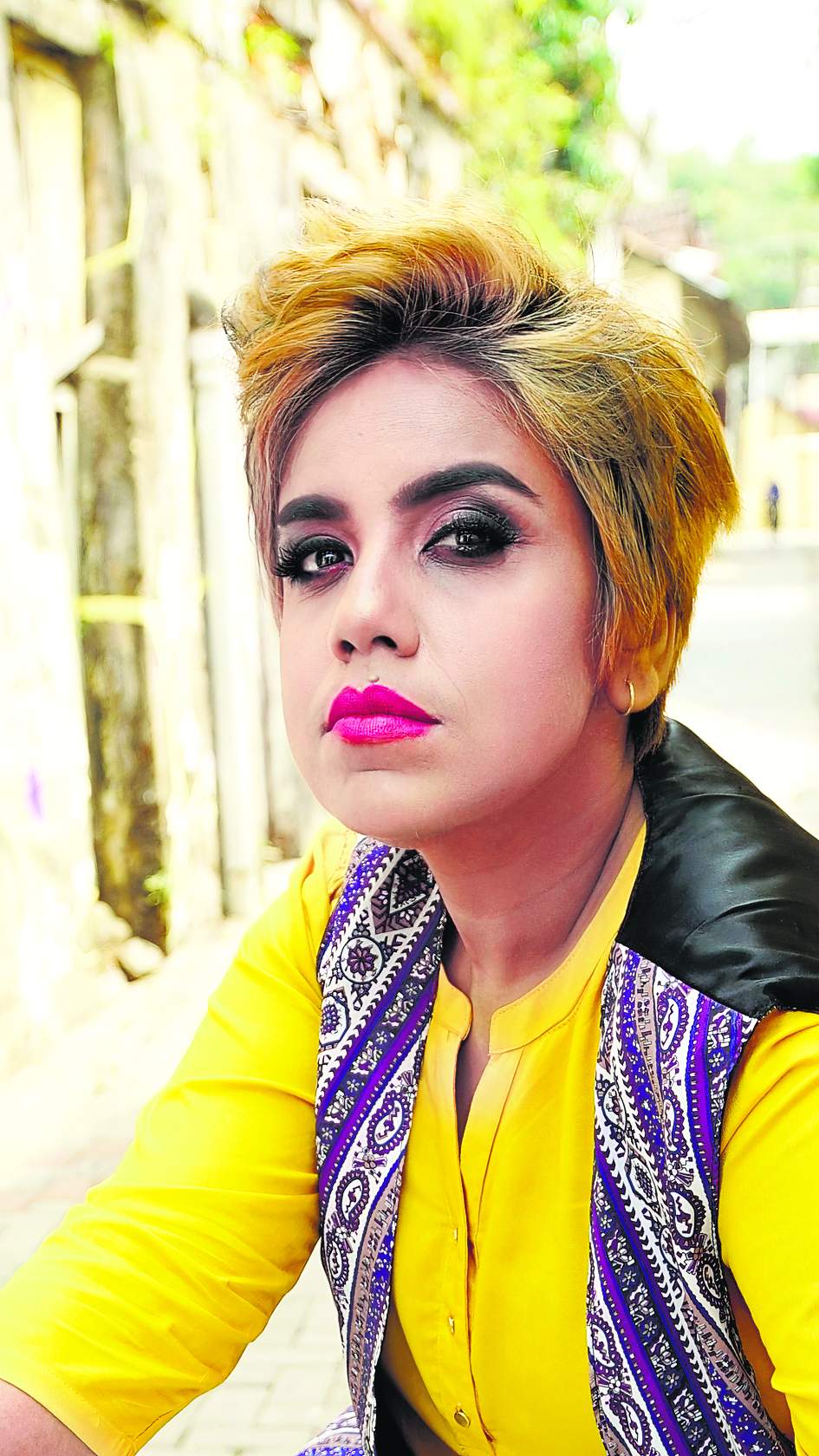 Pragya Pallavi | Mumbai
Chosen pronouns: she/her
Pragya Pallavi’s idea of music is just as fluid as her thoughts on the gender spectrum. When the classically trained Hindustani vocalist released the country’s first openly queer-themed album, Queerism, in 2019 — it spanned everything from jazz to R&B to EDM. But the road to being a performer has not been easy. “When I came out, I lost a lot of gigs (because they wanted me to look hot and sexy, and super feminine) and I used to get a lot of crazy remarks because I was not dressing like a ‘normal’ Indian girl,” she recalls. Of course this has not stopped the Patna-bred singer who off late, had a bunch of lockdown releases, including a neo-jazz single in Hindi called Jaane Ya Na Jaane and a future bass track, Celebrate Life, with a second album in the pipeline for next year.