Imagine storytelling that feels real as life. Not a two-dimensional enactment, but an experience as perceived through multiple senses. Erin B Mee, an American theatre director, and her six-year-old establishment This Is Not A Theatre Company is furthering such an angle to live play. Author of four books and an assistant professor of dramatic literature at the New York University, she writes plays performed at public places, using local actors, while involving the audience in the process of narrating a storyline. We caught up with Erin ahead of her show in Kochi, where she will perform Theatre In The Dark: Carpe Diem, a multisensory play. The 50-minute-long act will take part in complete darkness with the aid of ambient music, facilitated by Erin and seven artists from Lokadharmi.

1. You have worked previously on Kavalam Narayana Panicker's productions for Sopanam. How do Kerala culture and its topography inspire you?

I consider Panikkar Sir to be my guru. He taught me so much about Kerala’s theatre and the larger cultural contexts in which it takes place. As a director, he taught me to elaborate on the play rather than just to stage it: he taught me to treat the text the way Chakyar’s elaborate on a Sanskrit drama in kutiyattam. This changed the way I approach theatre, and how I work. 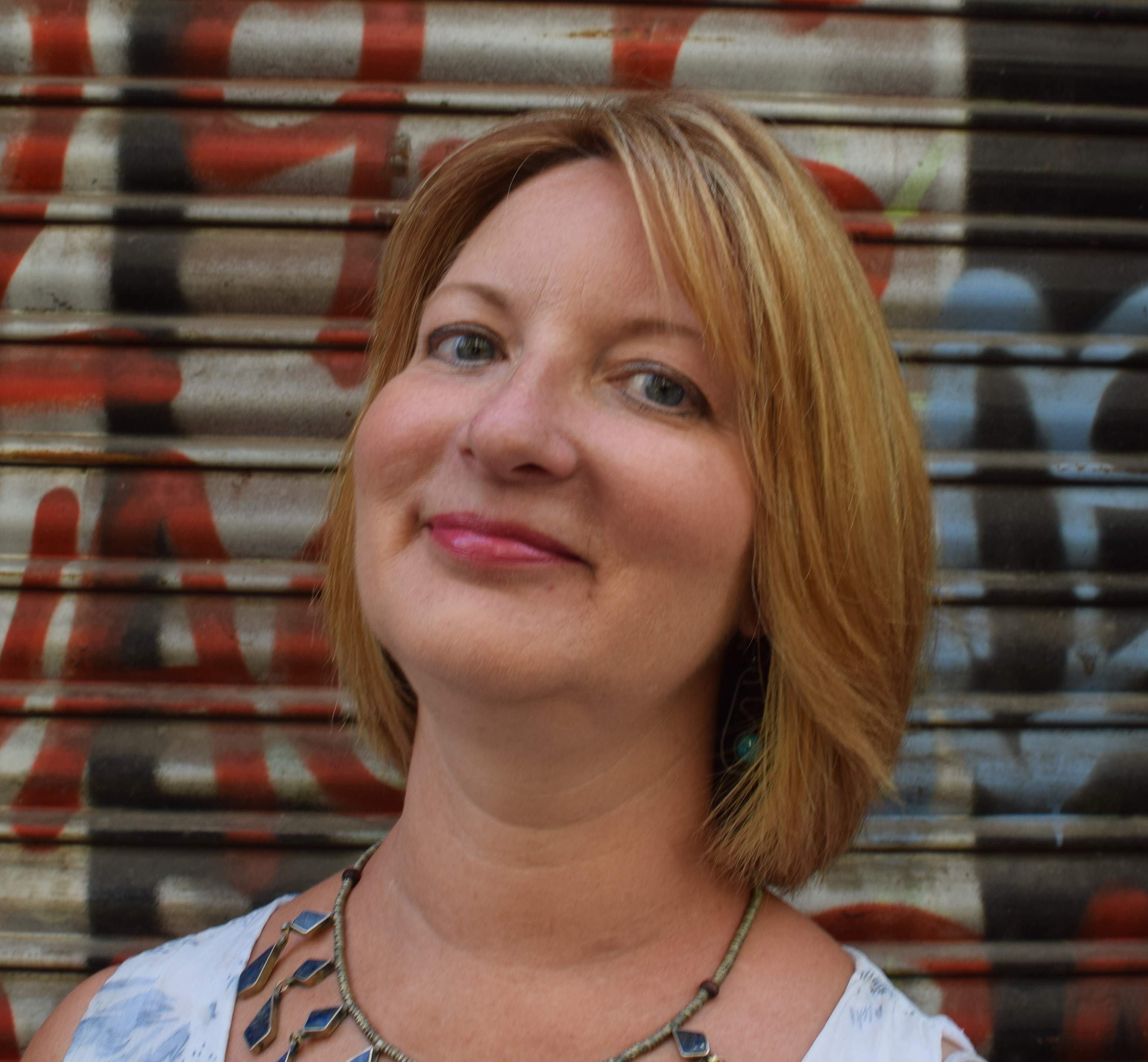 Panikkar also taught me about rasa. As you know, the Sanskrit term “rasa” has been variously translated as juice, flavor, extract, and essence. In the context of performance theory, it is the “aesthetic flavor or sentiment” tasted in and through performance. The Natyasastra notes that when foods and spices are mixed together in different ways, they create different tastes; similarly, the mixing of different basic emotions arising from different situations, when expressed through the performer—or, in the case of immersive and participatory theatre, through the taste of chocolate, or the gentle touch of a hand—gives rise to an emotional experience or “taste” in the partaker, which is rasa (Bharata 55, emphasis mine). Many immersive and participatory performances in New York, Barcelona, and London – including the work of This Is Not A Theatre Company -- literalize the notion of rasa by asking partakers to eat and drink during performances. This activates taste, touch, and smell as well as sight and sound, and makes the theatre multi-sensory, multimodal, and embodied.

In Theatre In The Dark: Carpe Diem partakers will taste, touch, and smell their way through the experience.


2. Your previous projects, Cafe Play, Pool Play, etc, utilize natural elements and familiar circumstances to discuss concepts from our lives. How different is this delivery of theatre as compared to the traditional method for you as a creator?

In immersive and interactive theatre, audiences and their experiences become an integral and essential part of the play; their interactions and behaviour become what Gareth White calls “the work’s aesthetic material.” In Café Play we deal with how human beings treat each other – particularly those they think are beneath them. Audiences came in and were served food by the actors, and treated them the way they would treat waiters. Later, when we had scenes about how customers treat waiters, they had to examine the way they had behaved just a few minutes earlier. They were implicated in the message of the play. 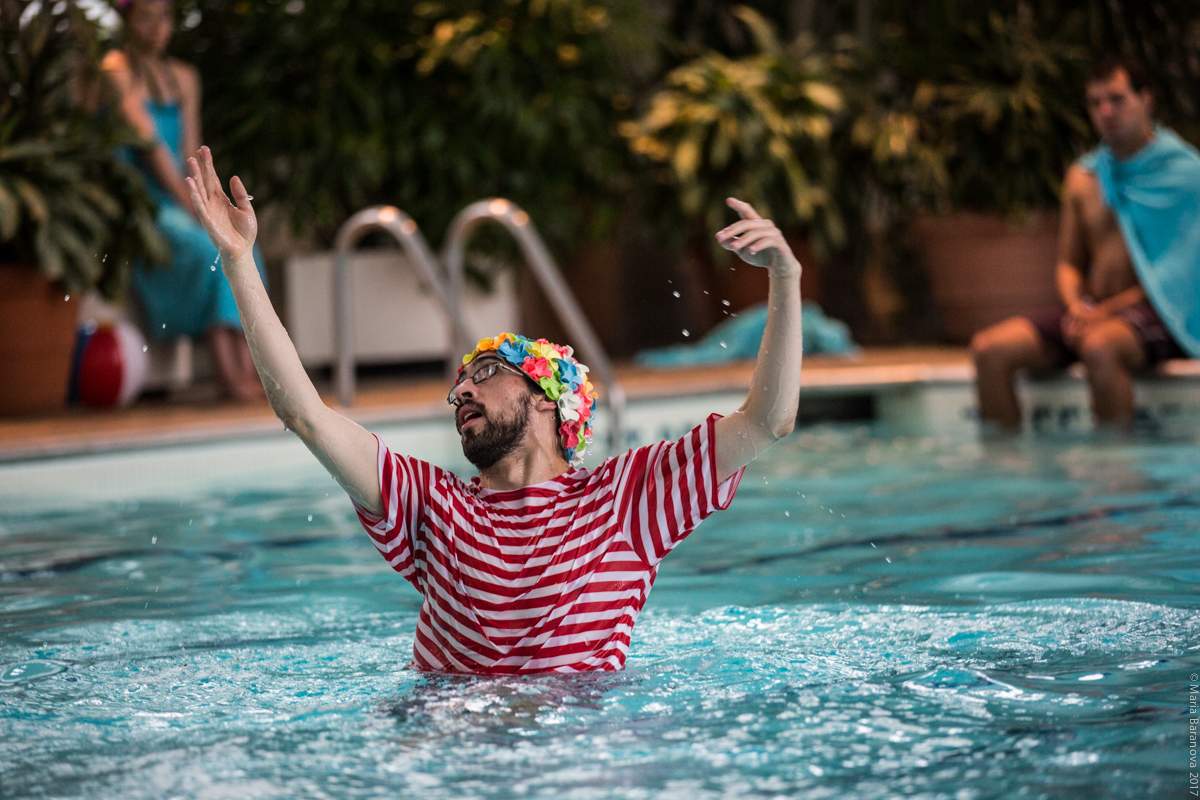 Pool Play deals with the history of racism, classicism, and gender discrimination as seen through the use of pools. Because audiences put their feet in the pool, they become part of the play and are implicated in its message. They also feel the subject material of the play (the water in the pool) on their bodies and have a visceral experience of the main character (the pool). If you watch something on a proscenium stage, you can remain distant; but if you participate, your behaviour becomes part of the play, and you are implicated in the message.


3. How is Carpe diem different from your previous productions? What topics can viewers expect?

The main theme of Theatre In The Dark: Carpe Diem is: savour life. As the poet, Rumi says: “time is limited.” He encourages people to drink from the river of life before it is too late. Another poem that we quote in the play urges people to “gather ye rosebuds while ye may” because “this same flower that smiles today/Tomorrow will be dying.” We also quote from Eliot’s poem The Love Song of J. Alfred Prufrock, who asks “Do I dare to eat a peach?” and “Do I dare disturb the universe?” We ask people to relish the present moment through all their senses. We have different smells, tastes, and textures that bring these themes to life in a multi-sensory way. But we ask partakers to make their connections between the different aspects of the play.


4. Is the cast of this Kochi show from NY or are you collaborating with local artists? If not, do you have plans to collaborate?

Some of the play is recorded by members of This Is Not A Theatre Company. But Lokhadharmi artistic director Chandradasan is translating the most important lines into Malayalam and these will be spoken by actors from his company who will be performing. It is a great honour for me to be working with local actors. I think it’s very exciting to bring two different theatre companies together, and I hope to do more of it in the future. I think the actors in Lokhadharmi are extraordinarily talented, and it is a privilege to work with them again (I gave a workshop last year).


5. How different is the experience of theatre for an audience in a multi-sensory setup?

Sight is the dominant sense for human beings, and most theatre uses only two senses: sight and sound. In Theatre In The Dark, we will ask partakers to wear eye masks so they cannot use their dominant sense, which allows them to focus more on how the play tastes, how it smells, what its texture is. They will touch and eat the play rather than seeing it. Partakers will have unique and individual experiences based on the associations they make between the smells, the tastes, the textures, and what they hear. The play is in the partakers’ associations.