From Goa to Kolkata and back: The Auroville Theatre Group presents Who Sits Behind My Eyes?

THE AUROVILLE THEATRE Group’s (TATG) next play is an intriguing story of a young woman who hails from the fishing community in Goa. After she heads to Kolkata for higherstudies, she returns to her native, only to find that she can no longer submit to the norms followed by her community. This conflict is what defines Who Sits Behind My Eyes?, by Isabel de Santa Rita Vás, the play that inspired TATG’s latest production, directed by Franziska Detrez.

Isabel, a teacher and a playwright who founded the Mustard Seed Art Company (a theatre group from Goa) and Positive People (an NGO that spreads awareness on HIV/AIDS and provides support to its victims), met with Jill Navarre during an acting workshop in Panjim and gave her a collection of her plays. “When Franzi read them, she really liked Who Sits Behind My Eyes?,” says Jill. Ahead of the performance next week, we spoke with Franziska to find out more about the inspiration to do this play and the preparation that went into it. Excerpts:

I read that Isabel was inspired by a Tagore poem for Who Sits Behind My Eyes? Could you give us a brief introduction?

Who Sits Behind My Eyes? is, in fact, a quote from a poem by Rabindranath Tagore. The complete line reads — ‘There is a looker-on who sits behind my eyes.’ In the script, by Isabel de Santa Rita Vás, the poem appears in its full form and supports the poetic side of the script and story. Isabel had originally written the play in the ’90s, pointing at the struggle of young women who grow up in a rather conservative context, challenging social norms and restrictions. The main character in the play is actually a woman, Sarah, who has to fight for her freedom and rights to make her own choices and lead an independent life. As in the play, her struggle is strongly connected with the matter of domestic violence and the difficulties that women face who want to stand up for their rights. While reading Isabel’s play, I could strongly identify with the main character and I am convinced that there are still many young women in this world who find themselves in a similar situation. Her struggle for empowerment is inspiring.

What were the challenges while writing your script?

While reading Isabel’s script, I was inspired by the characters that she had brought to life. At the same time I had the impression that if I want to bring this play onto the stage, I’d need to carve out the major topics, especially conflicts. In the play, almost all characters are from one family and the reason why they all struggle and fight with each other is that their wishes and goals don’t match. But each one of them has very valid reasons for their own demands and decisions. In order to focus equally on the main character’s struggle and the larger context — the society that created the situation she finds herself in –— I tried to slim the script down to a shorter version that gives almost equal space to all characters. The play oscillates between very poetic and almost dream-like scenes and such that bring us right into the middle of a family drama. The music we chose is rather atmospheric and helps to distinguish and support both dynamics of the play.

The play is almost written like a chamber play — all scenes can take place in one space, characters enter and exit onto the same patch of beach within a fishing village. We got in touch with the fishermen in a fishing village close by Auroville in order to get an actual fishing boat from them. In our representation of a beach, we chose to create a slightly abstract version of what beaches all over the world look like today — all we did is we organised a beach clean-up nearby. The trash that we collect will be put as pieces of art trouvée, on the stage itself. That way, the characters find themselves in an environment that shows a development that we can already anticipate. At the same time, it represents the desolate state in which a lot of communities all over the world find themselves nowadays. They managed to progress materially, but not intellectually nor ethically and that is one reason why conflicts arise.

Could you describe the costumes? Who is the designer?

I had a very clear idea and concept for the costumes — we are using earthen colours for all the characters who are strongly connected with the fishing village. The colours are directly inspired by the look of the beaches here in Tamil Nadu. In contrast, the characters who have been outside the community — who live elsewhere or have lived in a city — also wear blue. In that way, the colours not only represent the relation of the characters to each other but also their background. As the play is set in a Christian Goan context, we chose the designs accordingly — frocks for the women, and shorts or lungi for the men.

Introduce us to the cast.

We are happy to have a very mixed cast for this play. Some of them are professional theatre artistes. Rashmi Gandaki, the mother in the play, has been working in theatre in Bengaluru for many years, whereas Saddam Hussain (TATG), the brother, is a trained actor from Bhartendu Academy of Dramatic Arts in Lucknow. Our main actress, Prerana Das, is from Assam and is an experienced performer in bharatanatyam. For her grandfather, we chose to cast ‘against the character’ — he will be represented by a young actor from Chennai, Gokul Priyan (TATG), who took up the challenge of ‘acting old’. For our young sister in the play, we were lucky to find Rachana DM, who will be on stage for the first time. Finally, the only character who is not a part of the same family will be represented by another young actor, Yogesh Kumar, who has already worked with TATG in the past.

As the theme is rather tragic and also challenging, we are targeting young adults and adults, everybody who is interested in women’s rights and empowerment and at the same time who wants to see a classical family drama. 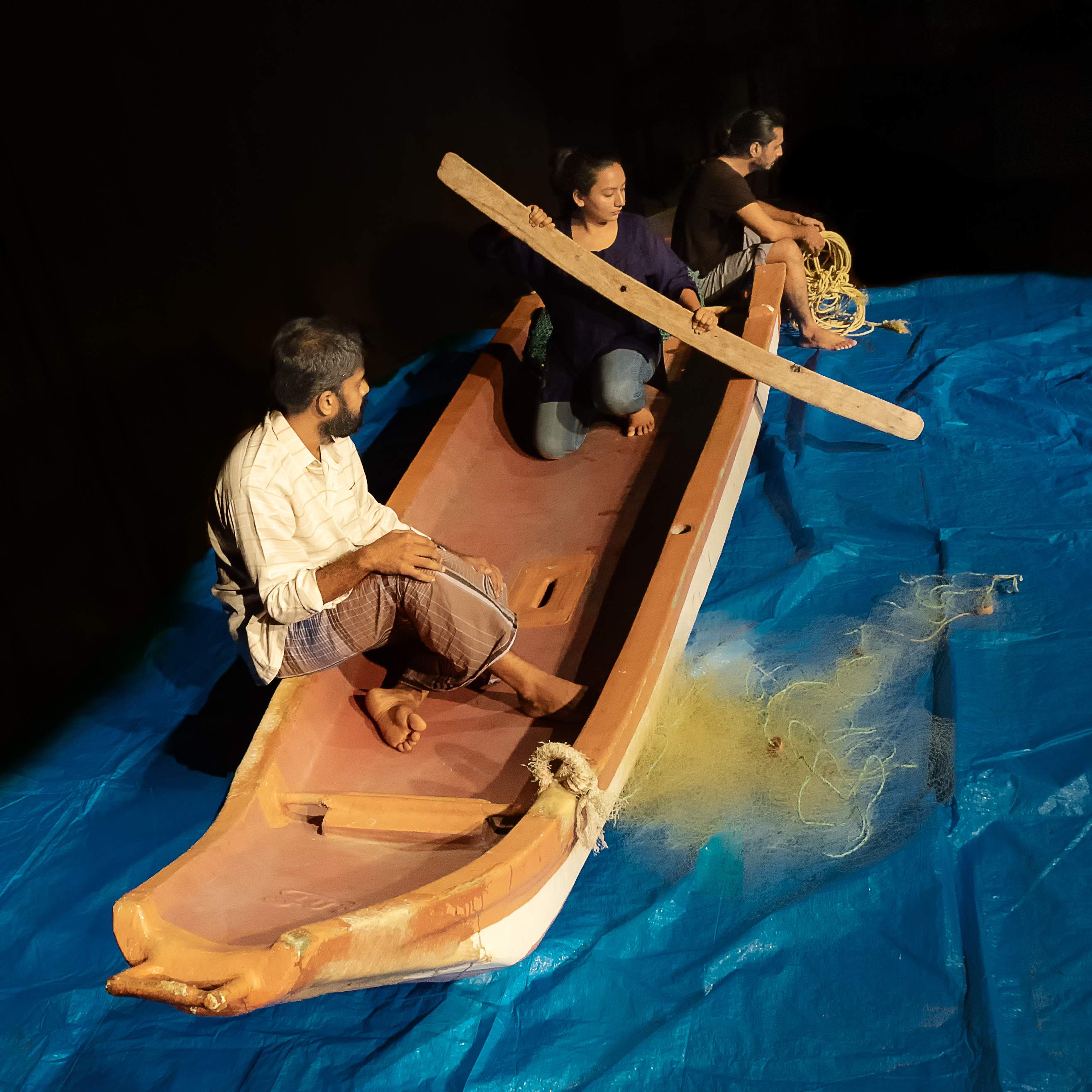