Stand-up comedian Alexander Babu talks about using music as a tool of storytelling in his show, Alex in Wonderland

Music sure lights up your mood. But can it make you laugh? Comedian Alexander Babu would like to believe it does. The Chennai-based stand-up comedian uses it as a tool in his ‘humorous musical shows’. From playing the harmonium, cajón and tabla, while also talking about the society and Tamil cinema in the span of 90 minutes — you’re quickly convinced that Alexander isn’t your regular comedian. The idea, he says, is to make people happy and positive. “I believe that comedy can be a good tool to spread joy and happiness. When the audience walks into the hall for my show, I want them to leave all their stress behind, enter another world where everything is positive and go back home with smiles,” says the 40-something-year-old, adding that’s also the reason why his show is called Alex in Wonderland. 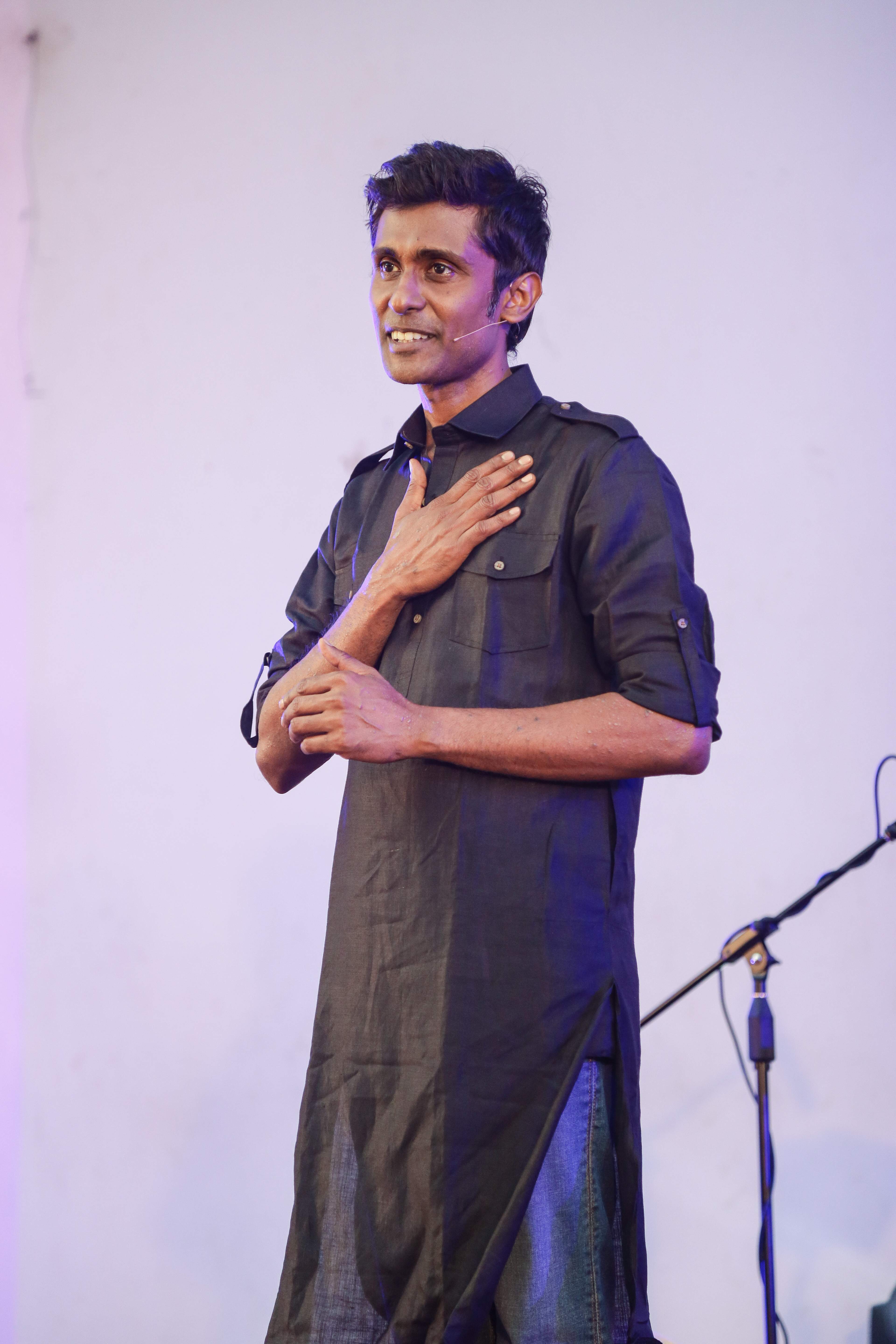 Performing for the third time in the city, Alexander tells us that Hyderabad is close to his heart for more reasons than one. “When I first started touring with my solo show, Hyderabad was the second city and I was nervous. But the feedback I received was amazing, and it made me more hopeful of the show and its response,” he shares.

Taking us back to the concept of music in a stand-up comedy show, Alexander recalls his childhood days when he watched katha kalakshepam (a traditional form of storytelling) and street plays in rural Tamil Nadu, which inspired him to plan his shows in a similar way. However, it wasn’t a decision taken overnight. The comedian spent about two years in the circuit before he chose to make his jokes more real and personal — not just in the content but also in its structure. “When I left my corporate job in 2014, I told myself that I’d try my hand at comedy and theatre for the sake of my happiness and satisfaction. People were doing all kinds of things to make a living. Comedy shouldn’t be very hard, I thought. But for the first two years, I only tried writing scripts thinking about what the audience will enjoy, which I later realised that it didn’t work for me,” recalls the former software engineer.

A year later, Alexander chose to have ‘no boundaries’ and talk about topics that he’d want to listen to like cinema and corporate life, in a comedy show. “That made me happy. Now I’m touring across the country and continuing to spread happiness. Using humour in my shows, I wish to say that the world is a wonderful place,” he signs off.