Despite Aravind’s plans to be a filmmaker, his life changed completely when stand-up comedy happened in 2013. His debut show Madrasi Da which talks about Bollywood’s portrayal of Chennai got him on Amazon Prime as one of the 10  stand-up comedians to have one-hour specials on the platform. With six months left on his live tour schedule of I Was Not Ready Da, Aravind is aiming for something bigger this time.

Common ground
Noticed for his quick wit and observation, this Chennaiite seems like he has quite a few jokes up his sleeve at all times. Approximating his Kochi show to be about 90-minutes-long, Aravind says the key is finding common ground with any city or crowd he is performing for. “You don’t play to the gallery. You create a show that you believe in and hope that people can relate to your  experiences and jokes.” In the last five years, he has performed for Indians around the world—from  Dubai and Singapore to the UK and the USA. 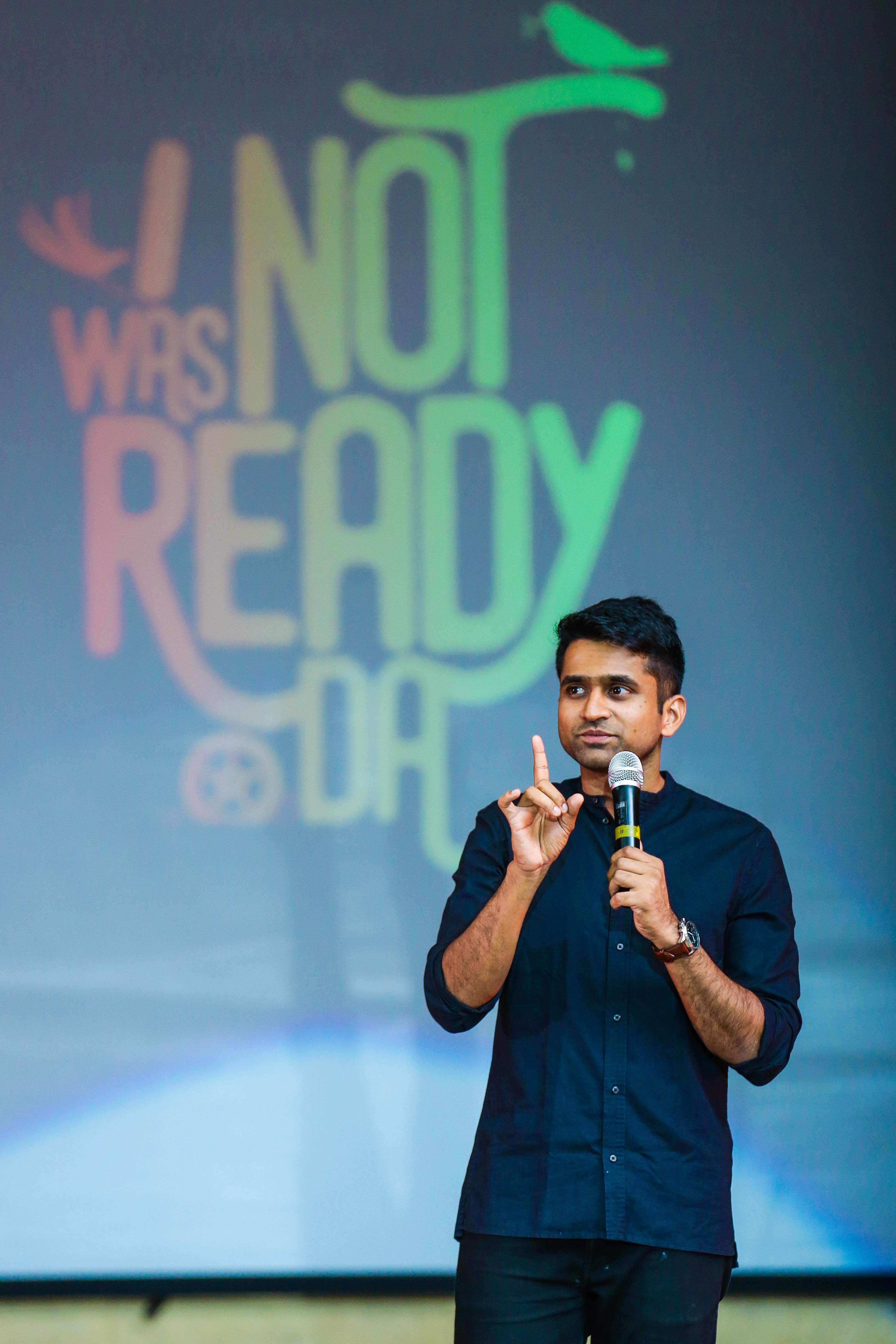 On the contrary
Aravind believes that the unanticipated success of Madrasi Da has helped him work his way up the ladder. Speaking on the politics of stand-up comedy, he says it is quite easy to get stereotyped as ‘South Indian’ once you crack a Tamil punchline. “Most comedians tend to give up their roots to appeal to a larger crowd. Making North Indian jokes naturally gets you a faster approval. But, I think it is important to be yourself,” he adds.

He is also quite clear on the Hindi imposition that has been causing friction in the South. “It’s not like Tamil or Malayalam just popped up one day. In a country where multiple cultures have co-existed for such a long time, it is unfair to enforce one upon the other,” he comments. With  I Was Not Ready Da, he aims to get a national, heterogeneous crowd invested in his Chennai roots.
At JT Performing Arts Centre. On July 27 at 6:45 pm.

Rapid-fire
What is your biggest pet-peeve?
Bad listeners, I guess.

Most noticeable Malayali stereotype according to you?
The musicality to the language. I find that extremely fascinating.

Your first reaction when someone cracks an unfunny joke?
I tend to move past it with an awkward grin.

The creepiest message you have received online?
A girl once sent me a picture of herself (I’m guessing) on Instagram, and immediately unsent it saying, “Oops! wrong window.” I thought it was extremely random and couldn’t stop laughing.