Here is the closest thing to watching Agatha Christie's The Mousetrap in London!

This isn’t just any theatrical production of world-famous, The Mousetrap.  It’s the closest experience you will get to watch it as it is performed nine days a week at St Martin’s Theatre in London. With an eight-member British cast, helmed by artistic director Denise Silvey, flying into Chennai, this show promises epic proportions of Agatha Christie magic. Plot twists are to be expected of course and 67 years after the first show was staged in London’s West End — there still remains nail-biting suspense around who the killer is. Now you know why this is the longest-running theatrical production in the world.

Denise (60) who began her journey with the play a decade ago tells us the pressure and high expectations of such an iconic production, come with the territory. Her biggest challenge, she states, after over 28,000 shows under belt, and over 100 shows minimum per actor — “is to keep it fresh”. As for keeping the mystery alive, six decades later (internet spoilers and all), a good chunk of the credit goes to audiences — who at the end of each show take an informal pledge led by the cast — to keep the secret safe. Excerpts from the interview: 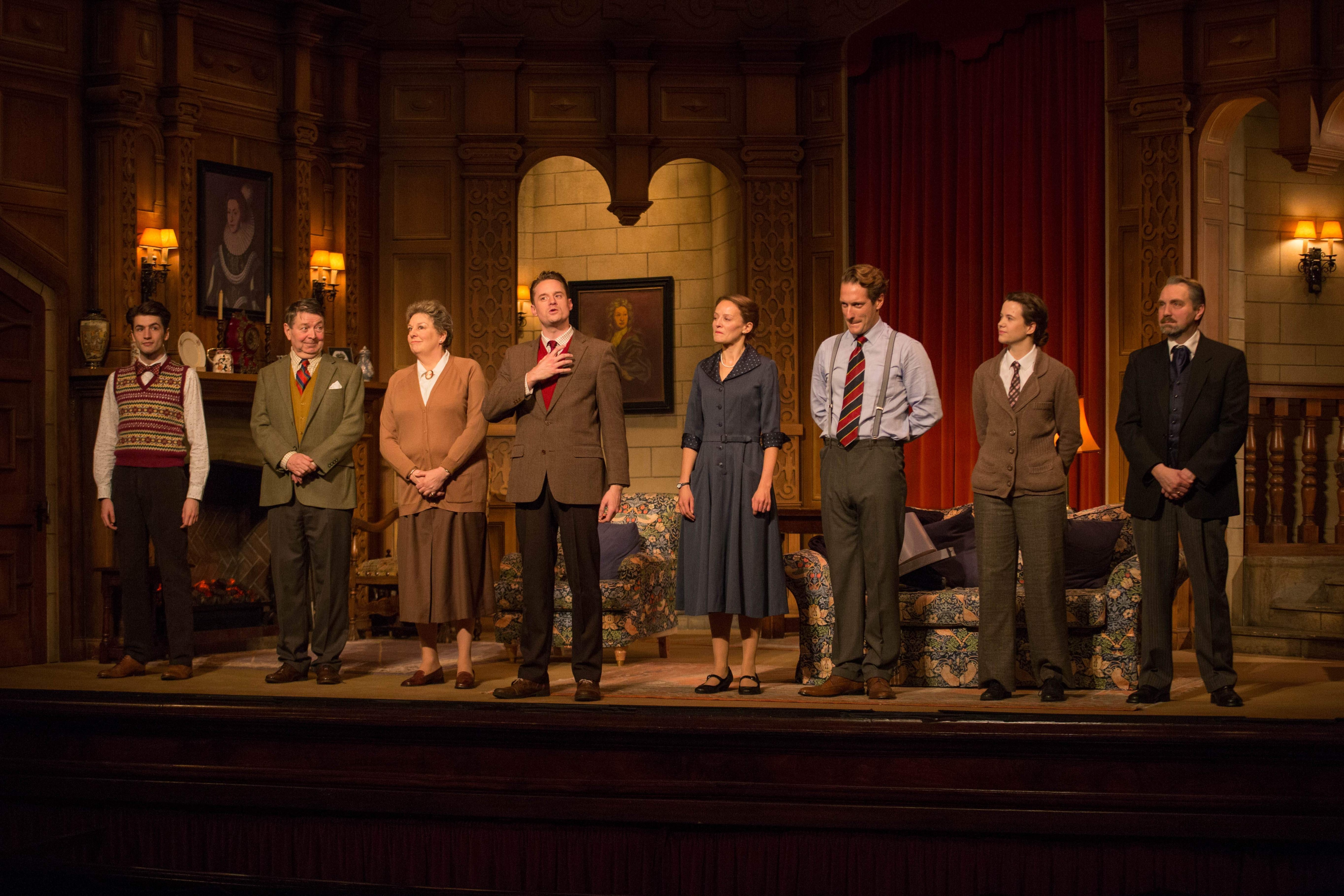 What has it been like taking this show all over the world?
It has been an honour. I’ve directed now in China, the far East and India.  All audiences are different, but all share a great love of Agatha Christie and a great hunger for suspense.

We’re sure every show is special. Will there be anything different about this one?
There is nothing quite like The Mousetrap.  For a start, no show has such longevity and we strive to maintain a very high standard so it remains fresh and vibrant. We are totally aware that for most in the audience, this will be their first time of seeing it, so it always has to be ‘in the moment’. Everyone who works on it becomes a part of a huge family, and with this particular production, that is especially so. I chose those cast members who I knew would get on and have all performed the show before last year in Mumbai. They are more than excited about a return to both The Mousetrap and India.

Some actors have over a hundred shows under their belts — so we’re guessing they can recite the dialogues in their sleep. Is rehearsal even a requirement anymore?
Yes, it’s true that all the cast has done the show more than a hundred times, and we can all recite the dialogue at a drop of a hat. That doesn’t mean though that rehearsal is not necessary. Each production with each different cast changes considerably, largely due to what each actor brings to the piece and their relationships between each other. It’s strange, the play has been playing for 67 years, but in rehearsal, it’s always possible to find something new.

There’s likely a lot of pressure and high expectations of the cast — given that this the world’s longest-running theatre production. Would you say that this is the biggest challenge, or are there others?
Yes, that is true, but everyone who works on the play sees that as a challenge and that’s what keeps the standard so high. They all want to make their own characterisation of each part, the best there’s been. The other major challenge, as I said before, is to keep it fresh — and that’s my job. 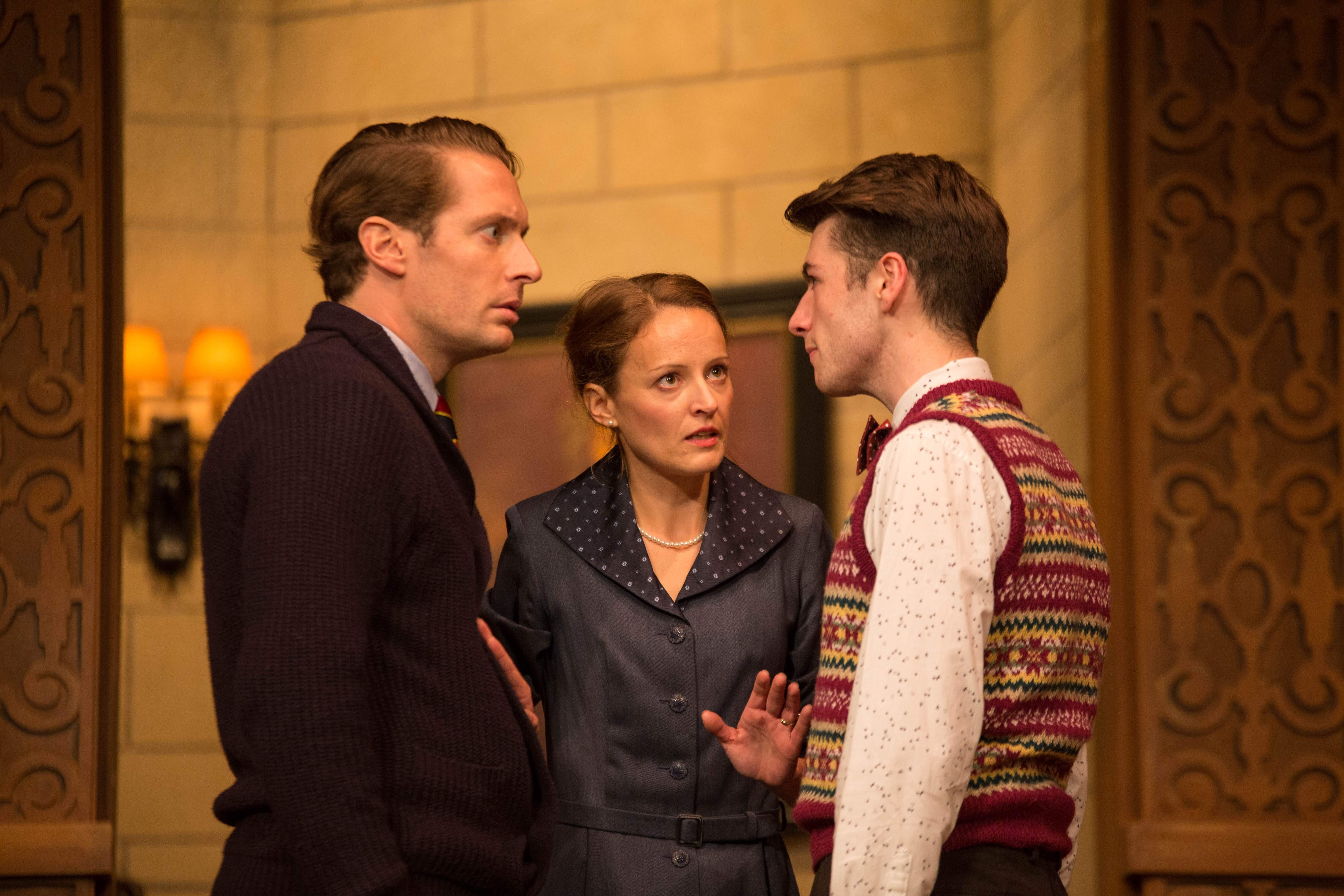 Tell us a bit about your actors and how long they have been with this production. We hear there is one actor who has played all three female characters in the play!
Yes, it’s true! Sarah Whitlock, who plays Mrs Boyle, has played all three female characters over the years. All the actors have acted in the play before in London, but not many of them had worked with each other in the play.  I cherry-picked them largely because I thought that each of them would bring a certain dynamic to the piece that is perfect.

We know that it is tradition to have one actor make the audience pledge to keep the secret at the end of the performance. However, in the age of the internet, where endings and spoilers are all over the place, what do you think makes The Mousetrap suspenseful, and nail-bitingly so, even today?
I know it’s tough to compete with the internet, but maybe audiences just don’t want to know?  They want that suspense.  After all, what’s the point of going to see a thriller if you know the ending. It’s like reading a book by starting on the back page. What’s the point? Every performance in London you can hear the entire audience discussing who they think did it at the interval.  It’s wonderful to hear that, as when I hear their ideas, if they don’t guess the murderer, I know I’ve done my job correctly.

Did you know?
◆ It was originally written by Agatha Christie as a short radio play Three Blind Mice to celebrate the 80th birthday of the late Queen Mary.
◆ Agatha Christie gave the rights to The Mousetrap to her nine-year-old grandson, Mathew Prichard, before it opened, without having any idea of the extraordinary phenomenon it would become. In recent years, he has donated them to the benefit of charities for the arts and other causes,
especially in Wales. Mathew Prichard CBE is Chairman of Agatha Christie Ltd.
◆ In 1959 the cast of The Mousetrap, armed with various props, gave a special performance at Wormwood Scrubs prison. During the performance, two prisoners escaped.

All set
Look out for larger-than-life sets, as tall as 14 feet high, and a custom-made replica of the original set in London — that will enhance the show experience. Organiser Avinash Shankar of Blank Slate AdCom Pvt Ltd tells us that these travelling sets are being transported in three container loads, that weigh approximately five tonnes — reaching Chennai next weekend, before moving to Bengaluru and Mumbai for more shows.