The word ‘matter’ might mean different things to different people. For some, it is the physical manifestation of objects in nature, while for others it might be what runs through the mind and heart. For Bengaluru-based theatre artiste Anitha Santhanam, it is a combination of both. Co-founder of the theatre group Guduguduppukkari and recipient of Charles Wallace India trust scholarship, she has been an integral part of over a dozen plays—both as an actor and a director. In town this weekend with a solo physical theatre piece named What’s the Matter, she is exploring individual thoughts and priorities in a social context.

Art therapy
For Anita, theatre is more than an art. She considers it a therapeutic tool, something that can reach into the minds of the audience and provide them with food for thought. For the same reason, her two major influences behind the making of What’s the Matter are Swiss psychiatrist Carl Jung’s analytical psychology principles and author Lata Mani’s book of spiritual teachings—The Tantra Chronicles. This style of narration is different from the two-dimensional style typically followed in Western theatres,
as the process requires her to drop into the body to communicate. “In a Western sense, you may call this interdisciplinary art, but Indian theatre has always associated itself with dance and body movements. If you take any of our traditional art forms, they go by the natya methodology. There is always a story, expressions and even singing, and a performer blends all these components to get a concept across,” she adds. 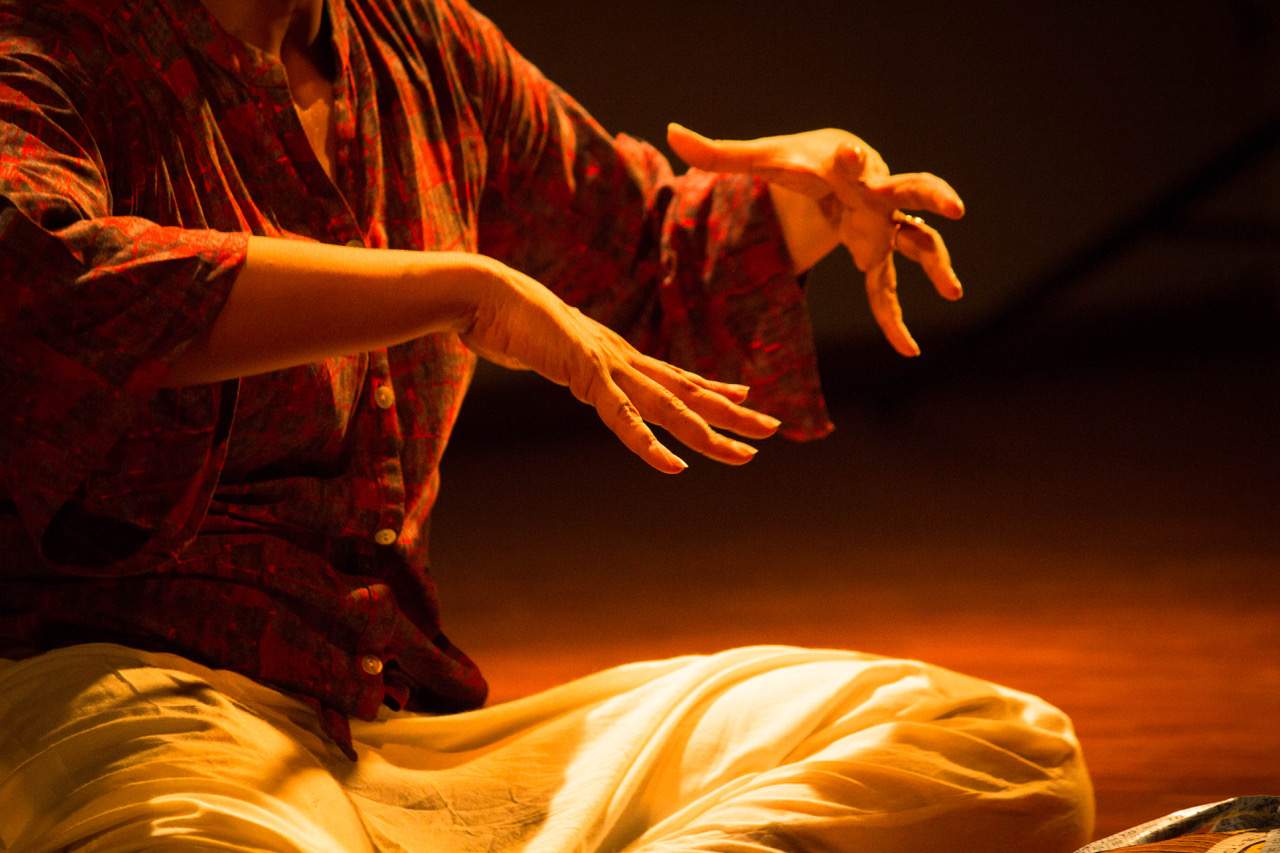 Anitha's movements in ‘What’s the Matter’

Peculiar narrative
What’s the Matter presents the artiste’s experiences as a woman and mother in a conflicting social setup. “The fundamental idea is to look at what matters, what doesn‘t. Who decides what is important—you or the patriarchy?” asks Anitha. The play is a culmination of emotions that she has lived through overtime with her personal history as its starting point. “The audience will be able to relate to the metaphors that I have used. I have combined themes, ideas and images with different bodily movements in the performance to provide people with context,” reveals the artiste about her piece. The 70-minute play, supported by sound and light arrangements, is also sprinkled with humour, music and dance to make it engaging.

(With inputs from Ayesha Tabassum)