Red Bike: A look at small-town America through the eyes of a child

Caridad Svich’s Red Bike is what one could describe as a peek into the American dream but through the eyes of a young 11-year-old, who is the protagonist of this play. Taking the viewer on a tour of small-town midwest America, the play features almost all elements that make up a regular neighbourhood in that country, including its inhabitants, and in the spotlight is the boy. Adapting this one-man show is Jill Navarre of The Auroville Theatre Group, who has roped in Umair Ahrar as the lead, with a few tweaks to the original script. Ahead of its premiere, Jill tells us more about what makes this play relevant even today, and how they negotiated lockdown challenges to present their first show of 2021. Excerpts:

What’s the message that the play tries to send?
The US suffers from a decline in the capacity to be hopeful about the future. Unemployment rises, education fails, hope wanes, and children are affected as well, as they see their parents fall prey to anxiety, mistrust and insecurity. How does that affect the average citizen? Where is the hope? Can small-town America survive? Where does faith reside? Caridad Svich gives us an affirmative to the question of the importance of faith in the future question if we listen to the kid and his “Put your faith in this town!” speech. “It’s not much, but it’s all we got!” he says. So the message is: Be resilient and keep faith in core values — honesty, fairness, common sense and respect for elders. 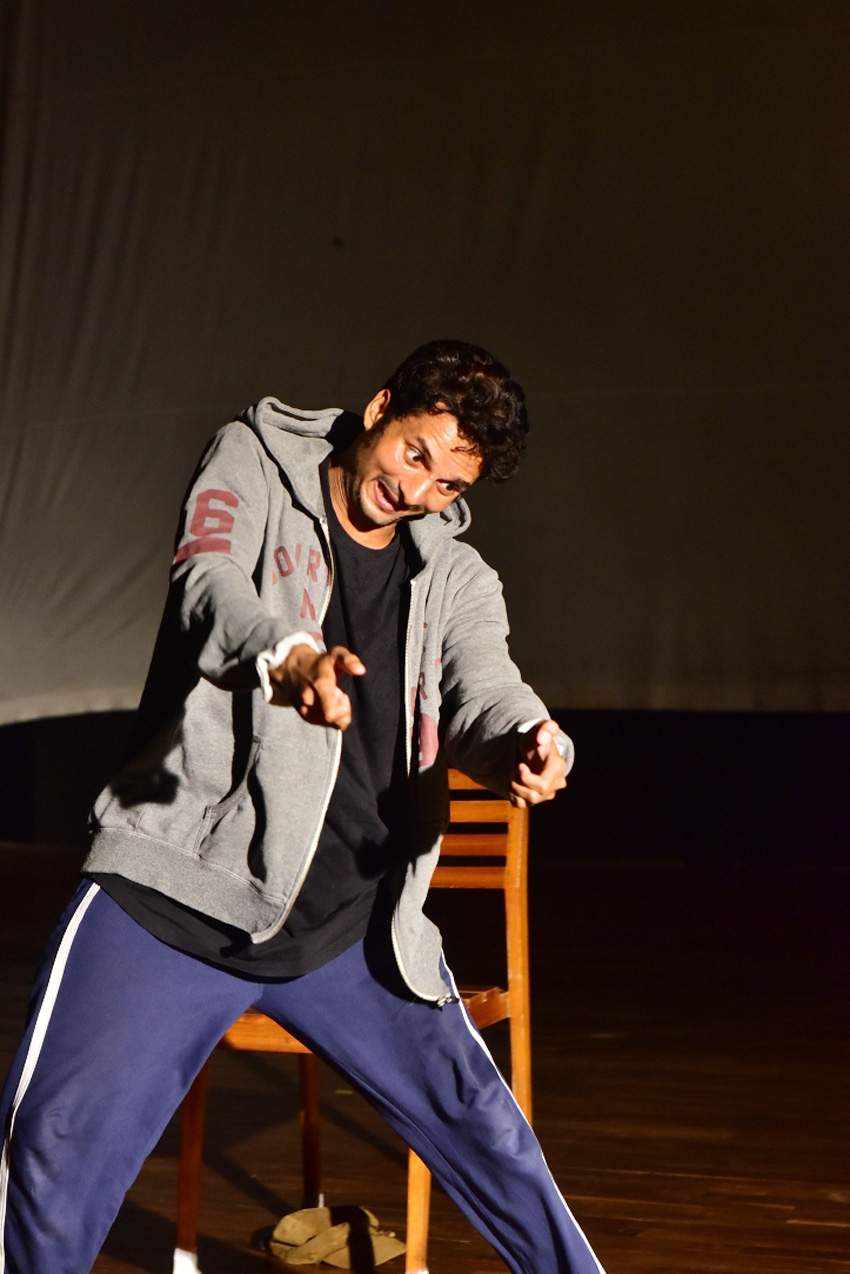 What about the script appealed to you?
It has a fresh voice and humour and is a wry commentary on American life. It’s the message of hope for the future, even in the midst of confusion, anger and fear. Also, the theatricality of it, with the minimal set design, as I have developed it, and the language which is poetic drama. Plus, with music, it has a certain liveliness, which is lovely to hear.

In what ways is the play relatable to its viewers, regardless of their country of origin?
It is relatable because we are all wondering about the future, survival and keeping hope alive in the midst of confusion and uncertainty. The question is, ‘Does the future belong to the ‘rich man’, who owns half the town, or does it belong to all of us?’ And through the kid, we hear our own frustration, and our need for clarity; even our own stupidity, because we don’t think straight sometimes.

Tell us how you put together a production during the pandemic and the challenges you faced?
By God’s grace; at least we didn’t have too many people to juggle. Schedules were fairly easy to set, although Umair at one point had to go home and then had to quarantine for a week upon his return. But he was here, in the neighbourhood (at Pondicherry University) and then in Auroville itself since March when the lockdown happened — so that gave us some time to work. At first, because we couldn’t use our usual rehearsal space, we did it at my house. Friends, family and neighbours got used to hearing and seeing Umair playing the kid, interrupted at times by dogs barking, people doing household chores, my grandchildren coming for French class, phones buzzing and delivery men knocking at the door. And, in March and April, we had to manage with travel restrictions in and out of Auroville, but that’s another story!
And yes, we have also made a film version of this play, starring Umair and with cinematography by Rrivu Laha (Nicobar, a Long Way) and editing by Richa Husting (Auroville Film Institute, Nicobar, A Long Way). We will probably release the film at the same time as the play on stage. So those who cannot catch it on stage can see the film. 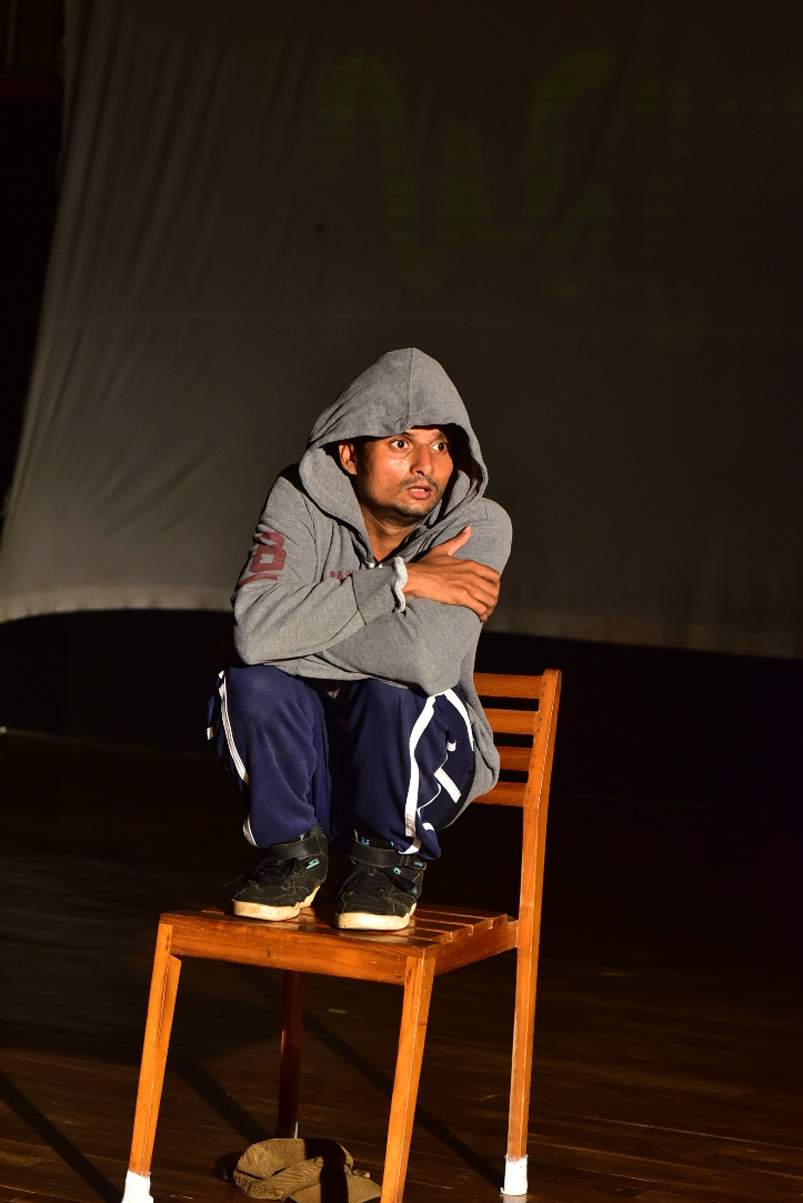 What can we expect in terms of set design and music?
I have kept it simple with one set-piece, and light design by Sugumar Shanmugam (award-winning actor and the casting director of National Award-winning Tamil film Baaram. The environment is that of mid-Western US in which the kid pedals his ‘bike’. As for music, we have originals written by Shiva, plus perennial hits from country and Western tracks. Hopefully, viewers will feel that they are in Oklahoma, where we have set the play in.

How does it feel to be back on stage?
I went for the first time in months to Bharat Nivas. It was a great relief, for what I have missed and for what we have all been missing — the contact with the floor, imagining the audience, looking up at the lights, the busy and devoted crew and the management of Sri Aurobindo Auditorium, which makes the impossible possible.