After reaching a milestone of one million subscribers, Nakkalites, a Coimbatore-based YouTube channel has a brand new show. Starting out with videos on political satire in 2017, they slowly drifted towards spoof shows with Alaparaigal that dealt with themes like dating, breakups and have now moved onto a web series. After the first season of Back to School, which released in February, their newest summer series Ammuchi, has the internet buzzing with each episode crossing two million views. Known for its hyperlocal characterisation featuring the native Kongu Tamil slang, the show is a big hit not only in the city, but is gaining traction across YouTube.

Have a field day
Jumping on board the web series trend, Ammuchi, shot in the suburbs of Coimbatore — Ettimadai, is different from their previous ventures with a rural background. “We initially did not know how our urban audience was going to take it. But our crew had faith and were instantly on board with this subject,” says Rajeshwar Kaliswamy, the show’s director. Having released four episodes, so far, the plotline of Ammuchi revolves around the adventures of Sasi and Arun. The story begins when the lead character of Arun is forced to forego a trip to Goa and visit his grandma and cousin Sasi in Kodangipalayam instead. From the use of the native Kongu slang to traditional attire, the series offers a fresh perspective of country life. “The accent comes naturally to us. All we have to do is just trigger it once in a while,” says Sassi Selvaraj, who plays his namesake in the series.

Native nuances
Their other release Back to School, also a huge success logged an average of four
million views and the team credits their popularity to their unique style of portraying native content in a comical way. “The more regional you get, the more global you go,” says Rajeshwar. He also adds, “Consider films of directors like Martin Scorsese, Vetrimaran. Their stories are global and the content is purely regional. All successful films highlight the culture of their own region. That has also been the reason why the audience feels connected to our shows.” 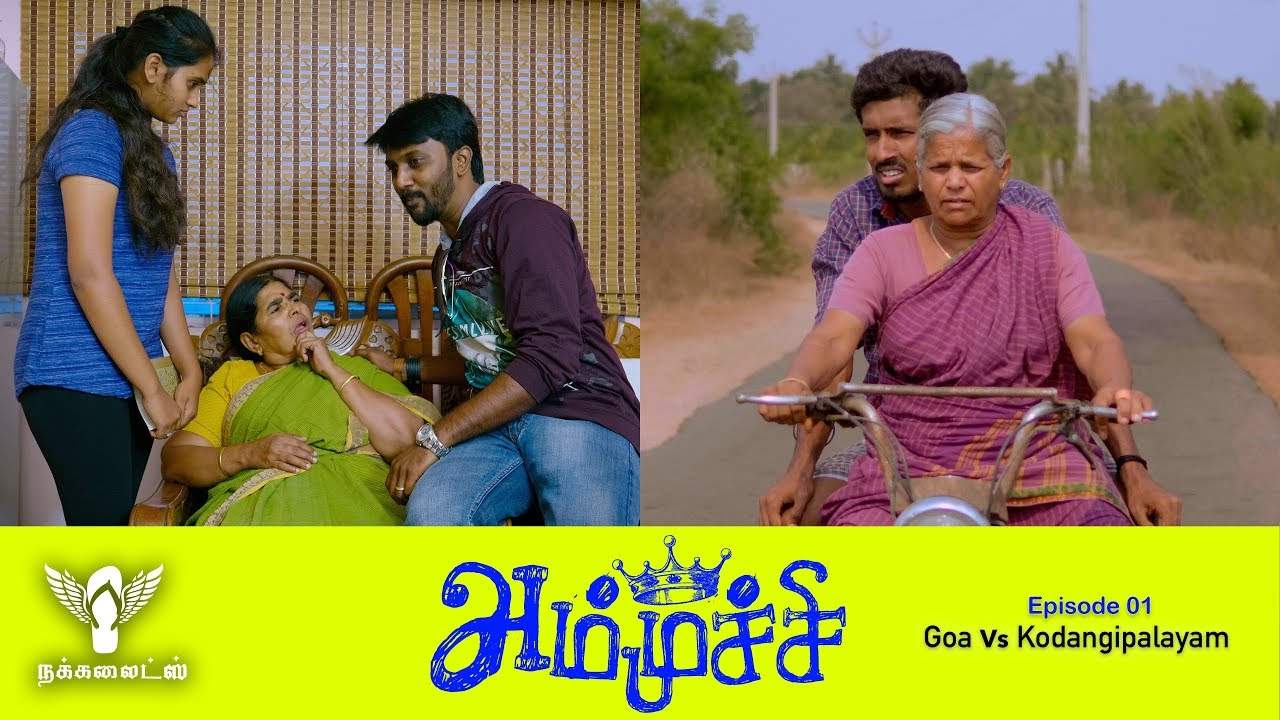 With six episodes of Ammuchi yet to air, Nakkalites consider their audience as their biggest critics. Apart from typical mean comments, the group says they encounter some reasonable comments, which help them improve.“YouTube is vast and it is no place for instant success. Our formula to achieve success and sustain it to keep the content fresh and thoughtful,” says the director.

Followed by Ammuchi, the group is working on another web series before shooting Back to School 2.