Social Media has a lot of opinions about the new interiors of Gigi Hadid's new New York apartment. The supermodel who's pregnant with her first child recently shared some images of her NYC home and revealed that she's been working on this passion project for more than a year. Gigi revealed that the designs came together right before they had to go away for quarantine (Gigi and her family is quarantined at her mum Yolanda Foster's farm). Gigi reportedly enlisted names like Jean Paul Gaultier, Missoni, Austyn Weiner, Williams Sonoma, and her mother Yolanda Hadid to help her out with the designs.

"Spent all of last year designing and curating my passion project / dream spot. Of course it all came together right before quarantining out of the city.... but I’m excited for the time I’ll get to spend enjoying all the special corners that were made with a lil help from some of my favorite creatives (tap!) who embraced my ideas and didn’t call me crazy. (my mamma:) who is the greatest homemaking-sounding-board I could ask for she called me crazy when required) grateful to and for all," Gigi wrote on Instagram. 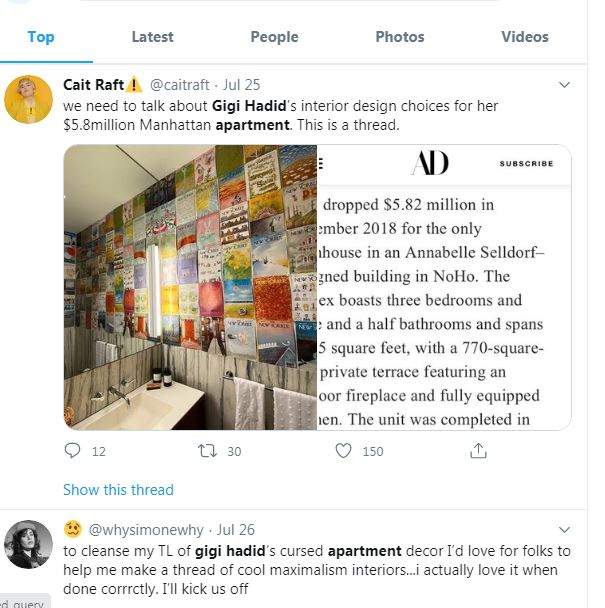 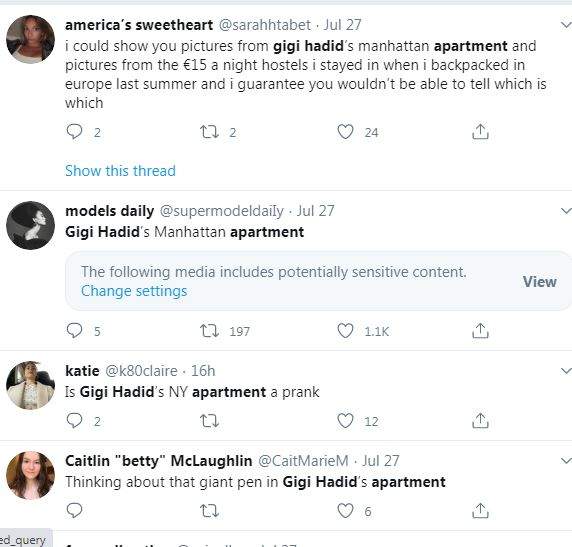 But Twitter has been abuzz with criticisms and honest queries about a few of Gigi's bizarre choice of decor. The supermodel goes for an eclectic and boho vibe for her $5.8 million home, but certain details stand out because they simply do not fit in. The bathroom wall covered with New Yorker covers, for instance, which has baffled quite a few people. The kitchen cabinets made of colourful dyed pasta shells and a bowl full of pool ball tables is also confusing people. 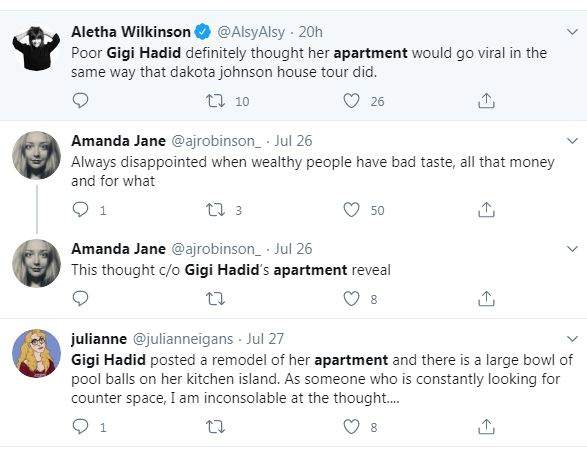 While some people love the pop of colour and the maximalist element in her home, most people on Twitter have roasted the supermodel's apartment of looking like a very expensive student's hostel. In fact, a lot of people compared the vibe in Gigi's apartment to Dakota Johnson's posh treehouse-themed LA home, since that went viral a couple of months back after the actor gave her fans a virtual home tour.