Her act of Oja Mani, a Tamil housewife in Serious Men was so convincing that even acclaimed filmmaker Anurag Kashyap mistook her for a South Indian. The otherwise unfortunate year of 2020 has unveiled a bunch of talents on screen and Indira Tiwari, who is in her early twenties and bursting with precocious talent, is one to be watched closely.

This bright and lively National School of Drama graduate has packed quite a punch as Nawazuddin Siddiqui's wife in Serious Men and even managed to steal the show on quite a few occasions from Nawaz in this satire directed by Sudhir Mishra. Even as the film is still grabbing all the attention and praise on Netflix, this girl from Bhopal is picking up laurels at Busan International Film Festival for her stellar act as a Bihari migrant worker in National Award-winning filmmaker Suman Mukhopadhyaya's Hindi film, Nazarband (The Captive).

On a lazy Sunday morning, we had a long, reflective chat about her work in Nazarband and her role in Sanjay Leela Bhansali's Gangubai Kathiawadi. Excerpts:

Nazarband was supposed to be your debut film but Serious Men happened before. All the praises, it must be overwhelming for you...

It's really overwhelming but at the same time I feel I did my job and the rest followed. It's like a bonus when your work gets appreciated. I don't like to be I the hangover zone since that tends to get carried over to the next work and spoils the freshness of the actor.

Is that how you manage to look so real as a character, especially Oja Mani in Serious Men...

I think the character shone through primarily because I had no pressure inside my head that I am playing a Tamilian. Since this woman has been born and brought up in Mumbai in a chawl (slum), I visited the Nehru Nagar area, where a lot of Tamilians live, to get their raw and rough language, a hybrid accent and mannerisms. I also made a few friends there observed them and their rituals closely in order to avoid overacting. 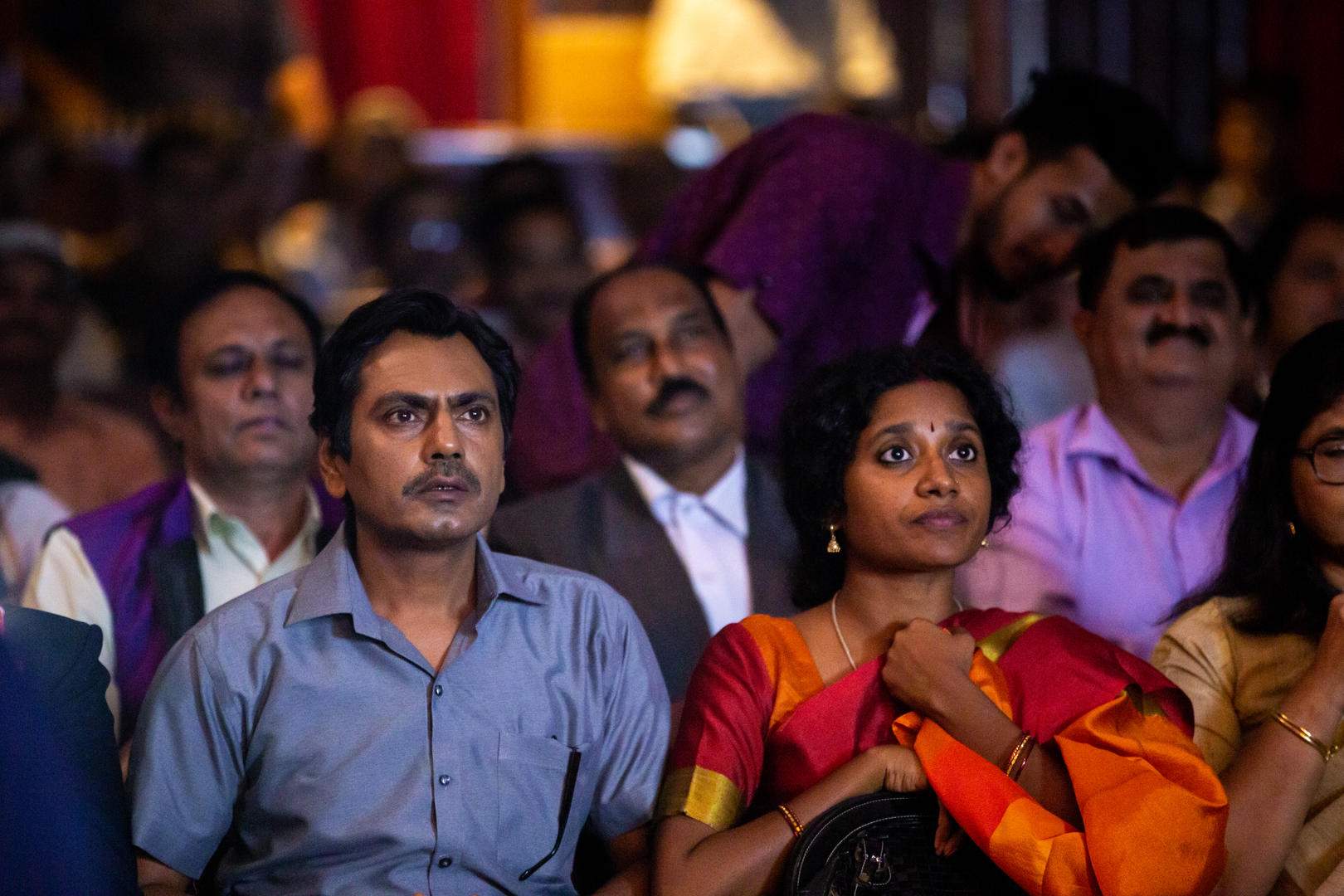 In fact, with Serious Men it was totally luck by chance. I came to Mumbai just for a day and messaged a few casting directors including Mukesh Chhabra. It was extremely kind of Mukesh to get back immediately and call me for Serious Men's audition. And you won't believe it was there that Shruti Mahajan spotted me for Sanjay Leela Bhansali's Gangubai Kathiawadi.

Really? And how was it working with Sanjay L Bhansali?

Sanjay is so very methodical, particular and incredibly clear in his vision. All his projects take a long time because he shoots no more than one scene a day and the shooting is so impeccably precise that one would hardly require any editing job. He is that perfect. We have almost finished filming for Gangubai with only 30 per cent of the shoot pending.

How important is your role?

Well I cannot speak much about it right away. But as you may know that it's a female-centric biographical crime drama, a story of Kamatipura (Mumbai's infamous red-light area). I am playing a key role in the plot.

How was it working with Alia Bhatt, who playa Gangubai?

Alia is a really good and disciplined actor and has a lot of conviction. She really puts her costars at ease and feel makes them feel comfortable.

Now, coming to your first film, Nazarband, which is yet to release. Tell us about your role in the film?

This film is about two just-released jailbirds, whose paths cross and I play Vasanati Mahato, a Bihari migrant labourer. My character has lived in the prison for five years that turned her a recluse who doesn't open up easily. I imagined this character like a touch-me-not flower, which is sensitive and yet shies away from pouring out her emotions. There are different clashing layers in this particular character and I have tried to bring forth those nuances.

The director of the film, Suman Mukhopadhyay, is all praise for your act. He told us u didn't even wash your hair for four months, you were so much into the character...

Well, acting is almost like cooking. There has to be a perfect balance. Both undercooking and overcooking can spoil the dish and so can underacting or overacting. Too much preparation can either make or break the role. 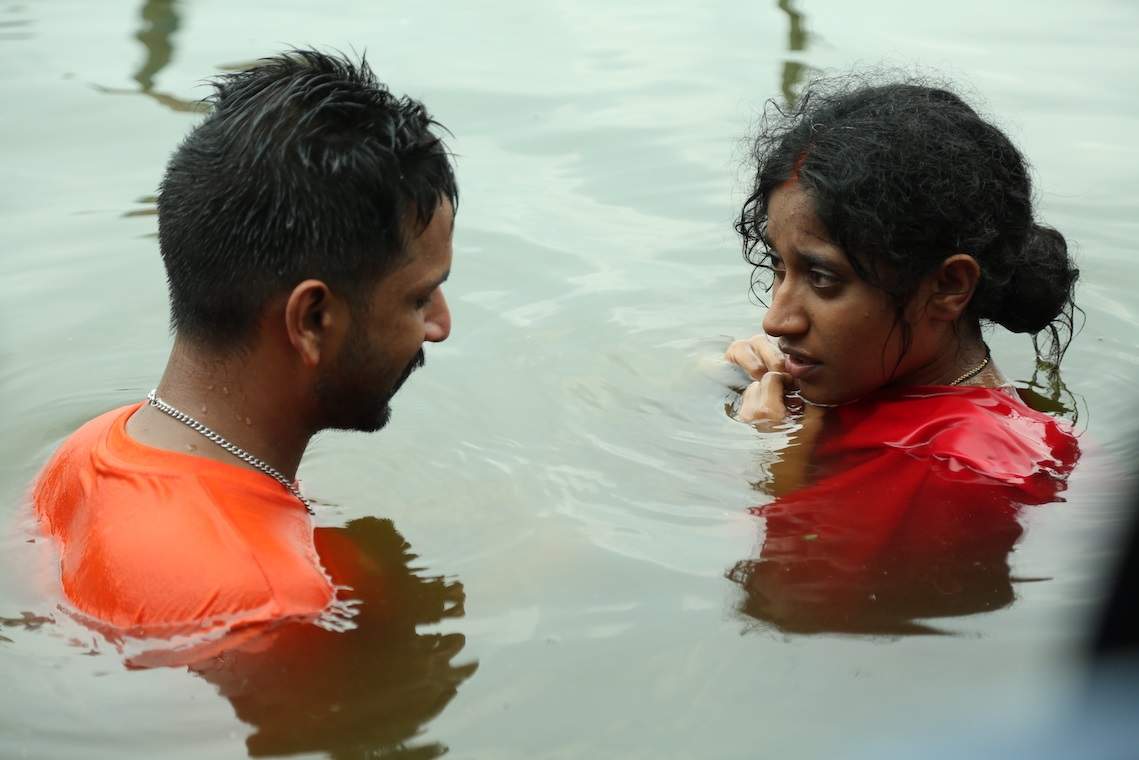 So, I try to keep the canvas completely clear and build on the character. Since Vasanti hails from the lower social stratum, she can't be having a very glossy and healthy mane. It would have stood out like a sore thumb compared to the rest of the shabby look. Hence, I thought of lending it that dirty, unkempt, dry and frizzy look by not caring for my hair for months.

Otherwise how do you take care of your curly mop?

My mom makes a mix out of four-five oils including mustard, castor, flaxseed, almond and coconut oils and I massage my hair with it before applying shampoo. I also apply a lot of curd on my hair and basically, my kitchen is the source of all the ingredients that I use on my hair and skin (laughs).

What are the two things that people don't know about you?

I didn't know how to whistle but now I can whistle the tune of any song that I hear. Also, people are often scared to talk to me thinking I am very serious type but I am actually very easy going and different.

Any filmmaker or actor you are keen to work with?